Inside Three Camel Lodge, the Gobi Desert's only luxury eco-stay

Awe-inspiring surroundings, modern comforts and Mongolian hospitality all meld together seamlessly at the Gobi Desert’s sole, luxurious eco-lodge. Here's what its like inside... 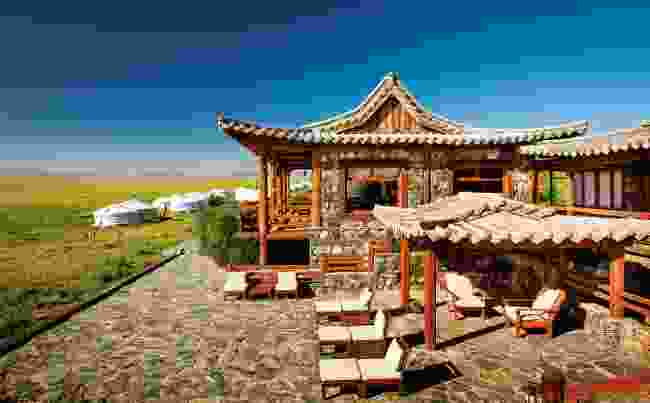 But comfort in the wilderness awaits: a cluster of eco-conscious gers: round, felt tents, decorated warmly in the Mongolian tradition, with local materials and hand-painted interiors.

This is the Three Camel Lodge. In the desert light, the only luxe lodge in the Gobi appears like a mirage, nestled between the Bayanzag cliffs and the Altai Mountains.

It’s socially responsible, too – the solar-powered ger camp has banned plastic use, protects wildlife and uses profits to support struggling nomads in winter.

Things to do at the Three Camel Lodge 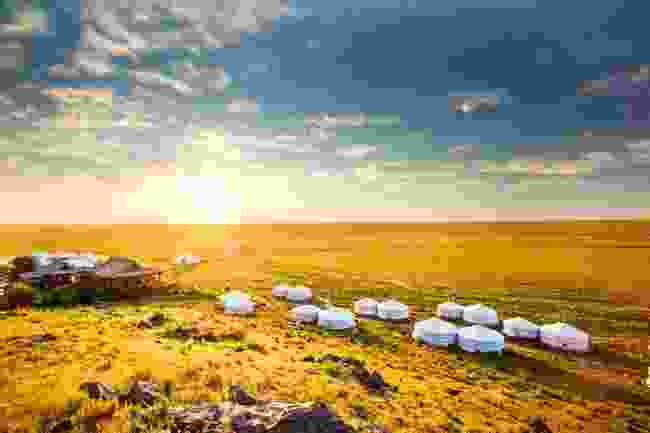 The Three Camel Lodge is an oasis in the vast Gobi Desert (Nomadic Expeditions, Michael Kleinberg)

Its remoteness doesn’t detract from its action-packed itinerary, offered via sister company Nomadic Expeditions. Hike across mountains in search of ancient petroglyphs or seek out dinosaur fossils at Bayanzag, the ochre-red Flaming Cliffs that appear to burst aflame at sunset.

Listen to the Singing Sands at Hongoryn Els with a detour to Gobi Gurvansaikhan National Park, or take a trek on a two-humped bactrian camel. Visit in early October and you’ll also witness the Golden Eagle Festival. Partly founded by the lodge in 2000, it’s now a national event that honours age-old falconry traditions. 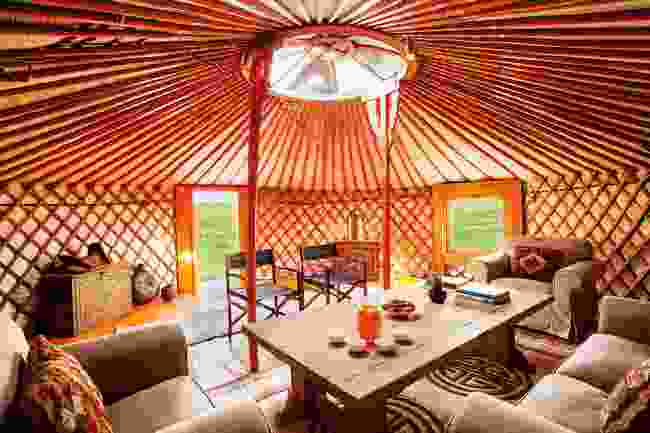 After a day’s adventure, soothe your body in the massage ger, have a drink in the Thirsty Camel Bar then listen to a hoomi (throat- singing) performance by staff.

Curl up in an intricately carved bed in your ger, warmed by a wood-burning stove, and fall asleep under a blanket of starry skies outside...

Getting to Three Camel Lodge

Aeroflot offers flights from London Heathrow to Ulaanbaatar via Moscow, from £663. Flights take around 12 hours.

Guests can then arrive at the lodge from Ulaanbaatar via a nine-hour car journey.

This includes full board, with a minimum of a two-night stay.

Visiting Mongolia’s spectacular Naadam Festival: Everything you need to know