Each March around 300 million people celebrate the arrival of spring and a new year. Here’s everything you need to know about Nowruz... 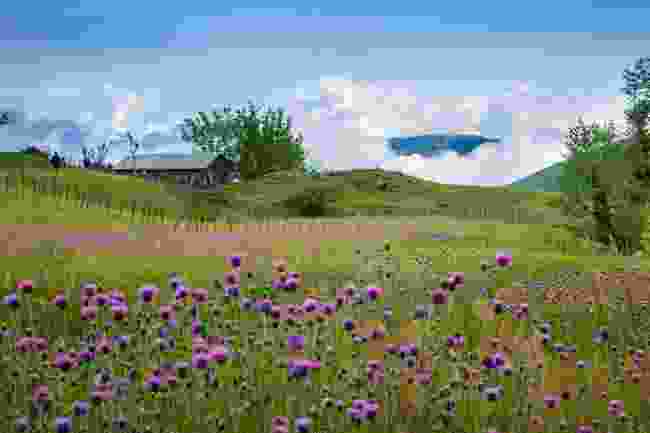 The word Nowruz comes from the Persian ‘now’ (new) and ‘ruz’ (day). It begins on the spring equinox – when daylight and night time are of equal length – every March (20 March 2021), which marks the beginning of spring in the northern hemisphere. The festival was added to UNESCO’s list of Intangible Cultural Heritage of Humanity in 2010.

2. The festival originated in Iran 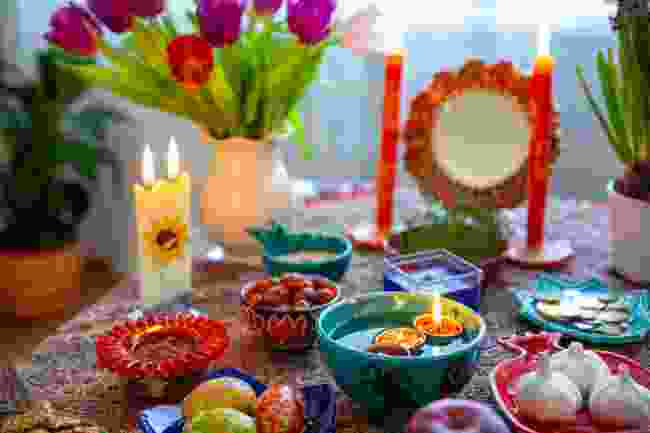 While Nowruz began in Iran in the 11th century, it is now celebrated throughout Central Asia and among Asian diaspora across the world. It’s common to visit friends and family, spring clean, wear new clothes and buy flowers, especially hyacinths and tulips. On the day itself, people gather around a haft-sin table loaded with sumac, garlic, apple, vinegar, olives, the sweet dessert samanu and sabze, a dish of wheat, barley, mung bean or lentil sprouts. The table may also feature a mirror, candles, painted eggs, a bowl of water, goldfish, coins, hyacinths, sweets and a holy book. But each country has its own traditions. 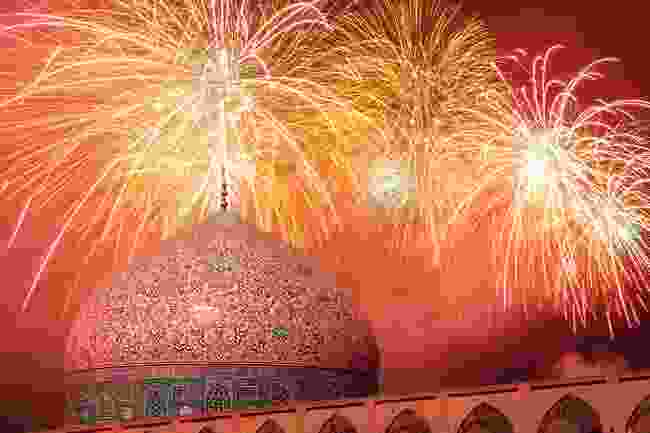 On the Tuesday night before Nowruz Iranians disguise themselves and bang plates and bowls with spoons as they visit neighbours to receive snacks, much like the Halloween tradition of trick or treating.

Charshanbe Suri, or Festive Wednesday, falls on the Wednesday before Nowruz. People set off firecrackers and fireworks, jump over bonfires and wish away sickness and problems over the fire. Snacking on dried fruit and berries is common.

On the last day of Nowruz, Iranians play pranks, have picnics in parks and forests and discard plants into running water; young people, particularly girls, tie the leaves beforehand to show they are looking for a partner.

Amu Nowruz, an elderly character with a long white beard similar to Father Christmas, gives children presents and treats in the street. The fictional character Haji Firuz, a dancer and tambourine player who dresses in red and has a face covered in soot, accompanies him.

4. Nowruz is big in Azerbaijan, too 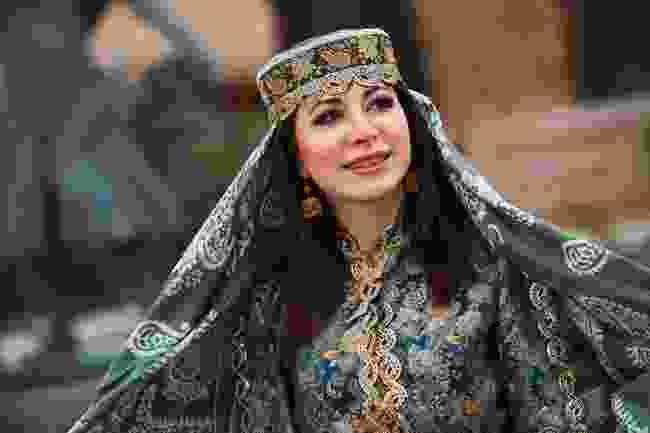 Celebrations are held every Tuesday for four weeks before Nowruz. One of the four elements – water, fire, earth and wind – are celebrated each Tuesday. On the last Tuesday, children knock on neighbours’ doors, leave a basket outside and hide, waiting for the neighbour to put treats inside it. On the day before Nowruz, people visit the graves of their relatives. People also celebrate the festival by folk dancing and taking part in competitive sports. 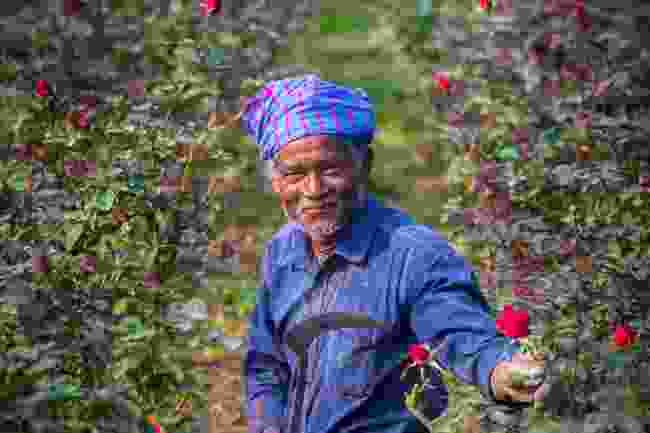 A farmer in Bangladesh (Shutterstock)

Nowruz is mostly celebrated by Iranians living in Armenia, and like in Iran, they have a thing for jumping over fires. In Bangladesh, people spray water around their home and drink it to protect themselves from disease, while in Kazakhstan and Kyrgyzstan people prepare nauryz kozhe, a cold soup-like drink made with barley, milk, kefir and salt. Afghanistan goes big on the festival too – festivals are held in Mazar-i-Sharif, the country’s fourth largest city, while in Kabul people host picnics, particularly in areas where gul e surkh, a kind of red rose, grow. It’s common to eat seven types of dried fruit and nuts such as raisins, silver berries, pistachios, hazelnuts, prunes, walnuts and almonds in syrup. Throughout Iraqi Kurdistan families celebrate by having a picnic and dancing.

5 reasons to go to Iran

The Wanderlust guide to Iran

The Wanderlust guide to the best of Iran