Every culture has their quirky habits and bright ideas. From stealing other people’s mushrooms and jumping like frogs to finding brilliant excuses not to work, Sweden’s Adelina Storkaas lets us in on the Scandinavian country’s secrets we could all learn from

How to… Not get ideas above your station 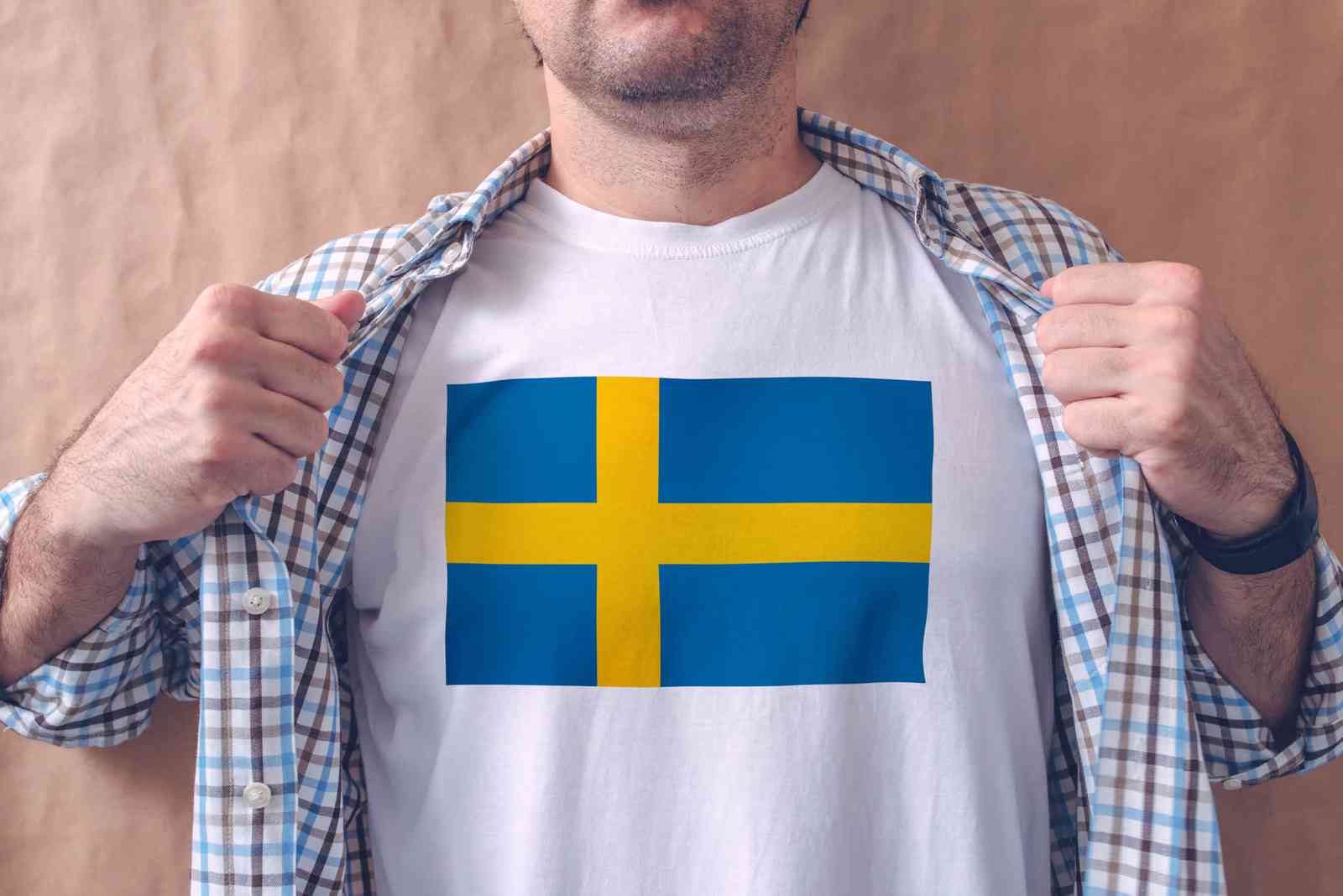 The Swedes often describe their country and culture as lagom, a word that lacks translation in any other language but indicates that something is just the right amount - neither too much, nor too little. The oppressive ‘Law of Jante’, that you shouldn’t be better than anybody else, described in a 1933 fiction novel A Fugitive Crosses His Tracks by Aksel Sandemose, got stuck in the Swedish culture. God forbid a Swede would choose to stand out in a crowd.

How to… Hide the smell of a fart 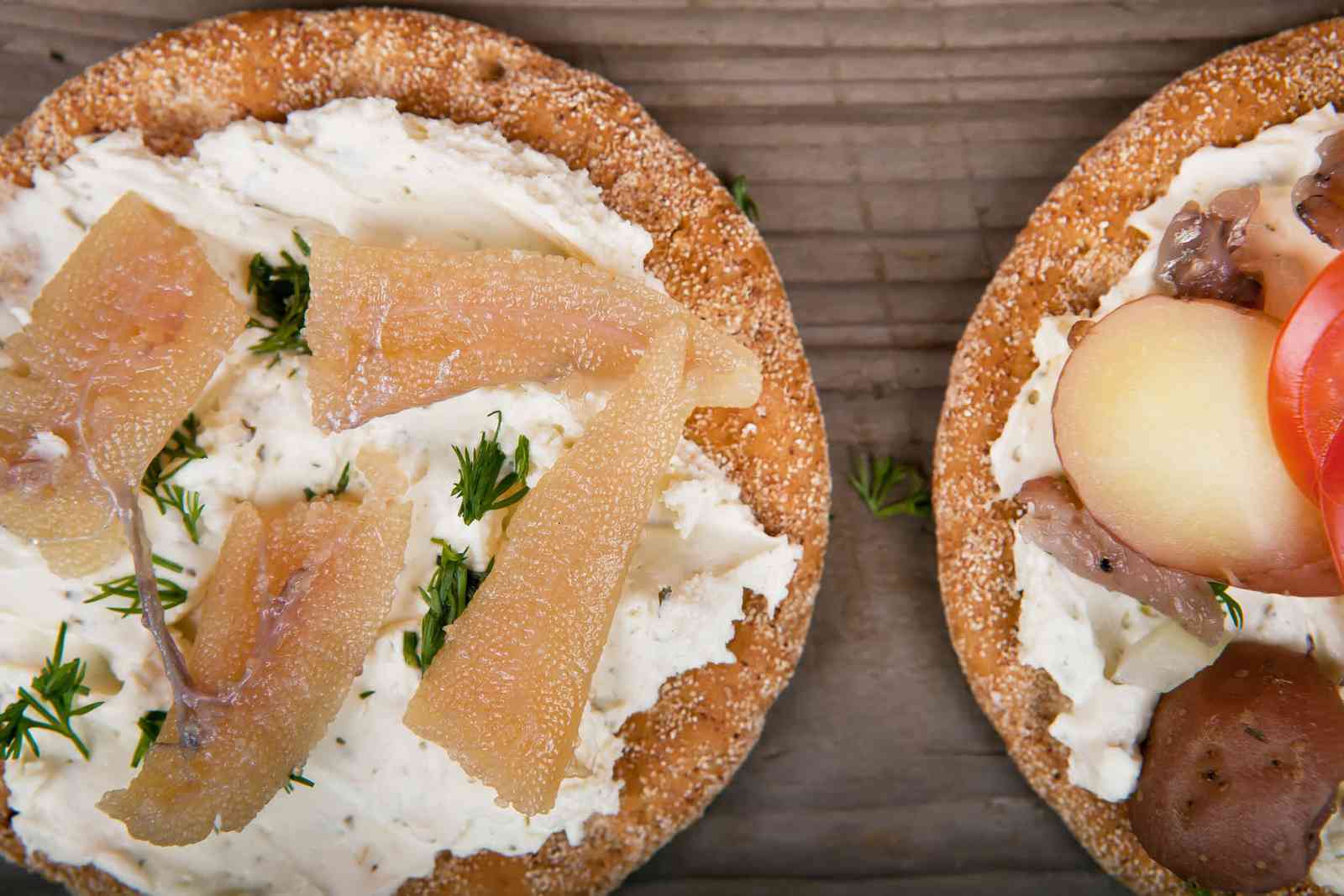 The Swedes are known for conserving food, and the tinned sour herring, surströmming, commonly found in the north of the country and eaten on crispbreads, smells worse than rotten eggs. The poor Swedes in the 1600s used salt to prevent raw fish from rotting and the tradition lives on up north. Even though you can never trust the weatherman, it’s best to open the tins of this Swedish ‘delight’ outside. Or, it can definitely come in handy if there’s an unwelcome smell in a room that you’d like to disguise. The smell of surströmming overpowers anything.

How to… Not work when you’re at work 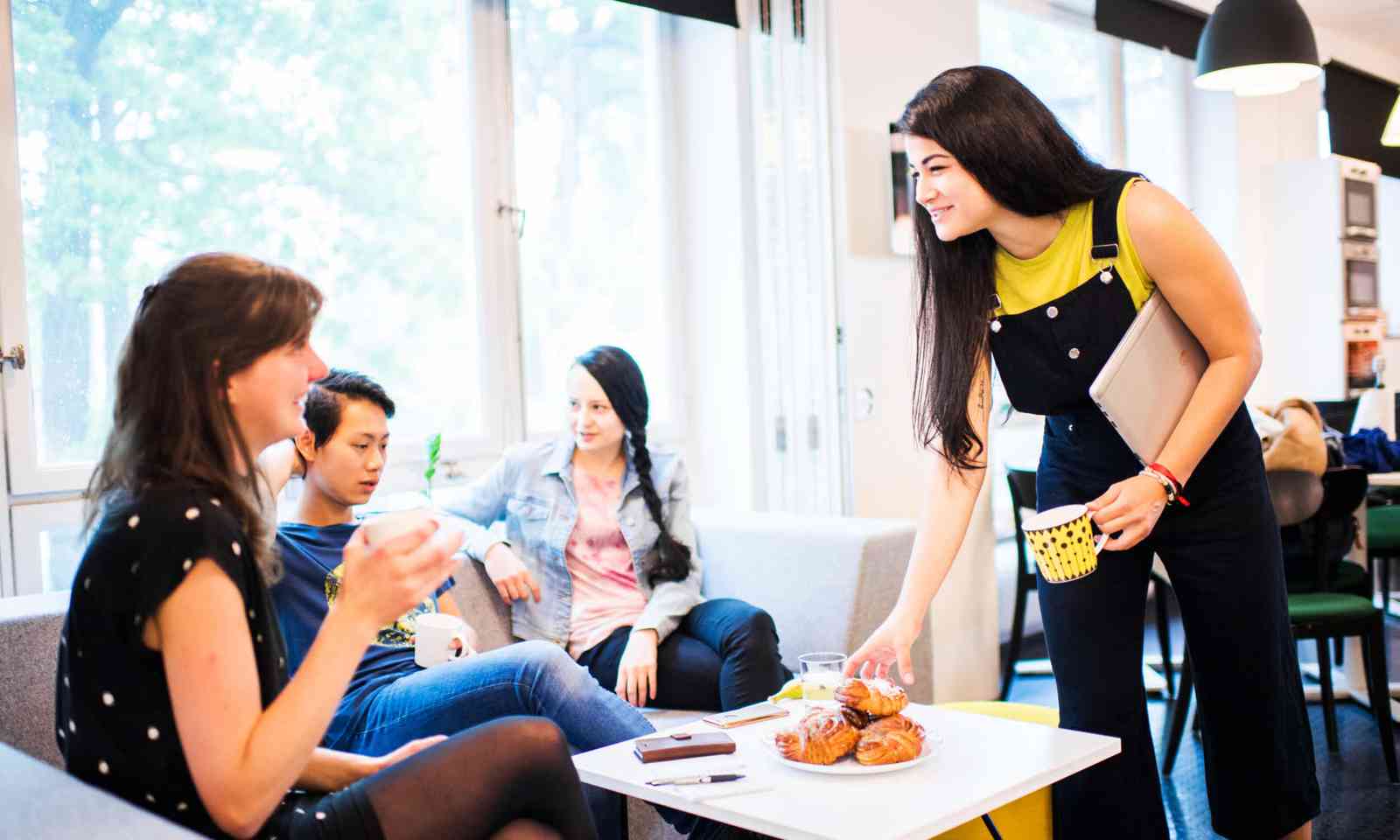 Fancy starting your workday with a break when you arrive at the office? And a few more breaks as the day goes by? Then you should probably move to Sweden. The Swedes pride themselves of being hardworking folks, but one of their favourite activities is fika  - again, not translatable to any other language, but it roughly means an excuse to chat with friends, have a drink (non-alcoholic of course) and, on a good day, something sweet, like a biscuit. The Brits love their tea, the Italians their espresso, and the Swedes like their fika.

How to… Steal someone else’s mushrooms 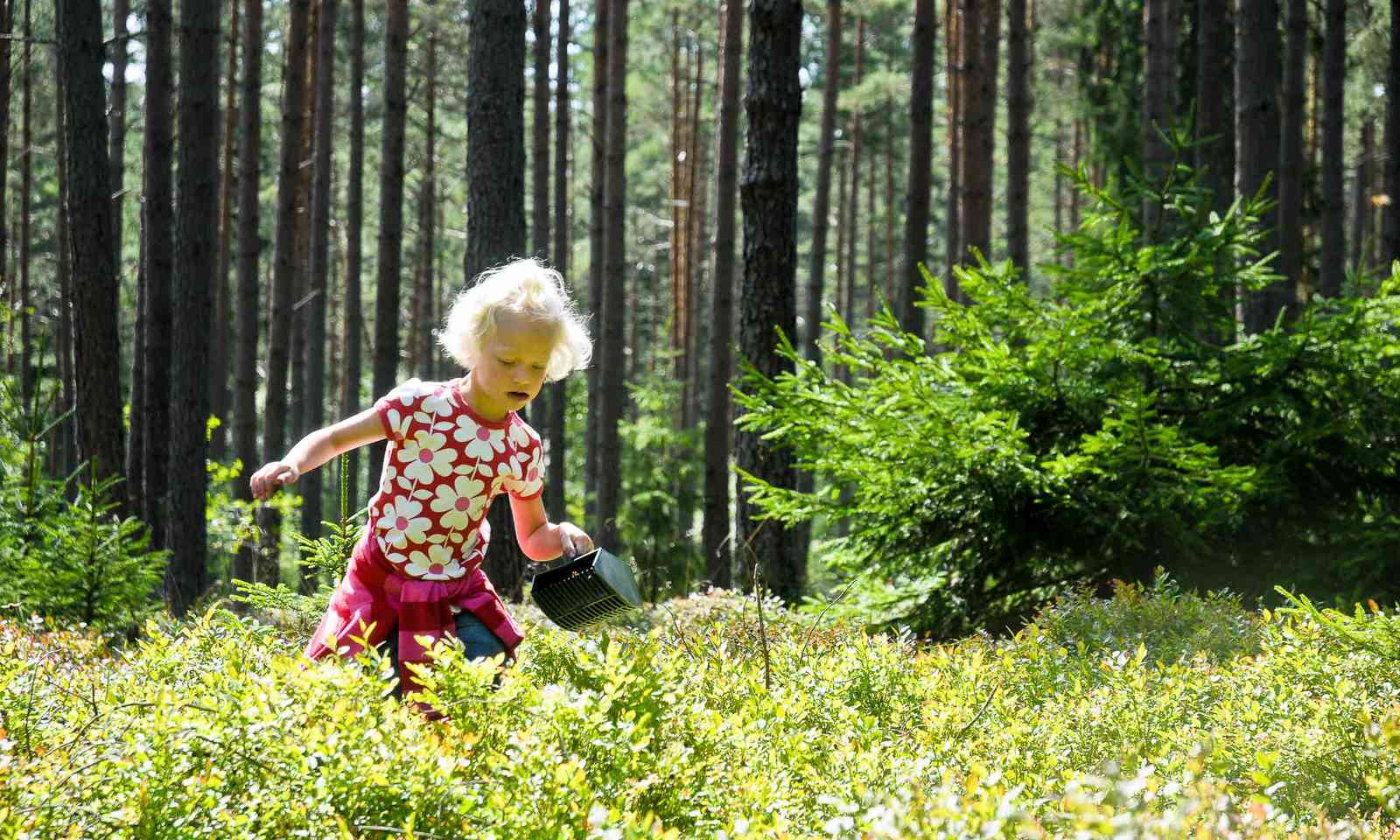 Have you ever found the perfect camping spot, only to discover it’s on somebody else's property? In Sweden, that’s not a problem. It’s ok to stamp around in someone’s back garden (usually a big garden or grounds) and even to pick their mushrooms or berries as you like, at least if the owners can’t see you and you’re not doing anything to disturb them. For years, the Swedes have roamed freely, and today it’s part of the culture to use the right of public access, Allemansrätten, to embrace nature wherever you are. 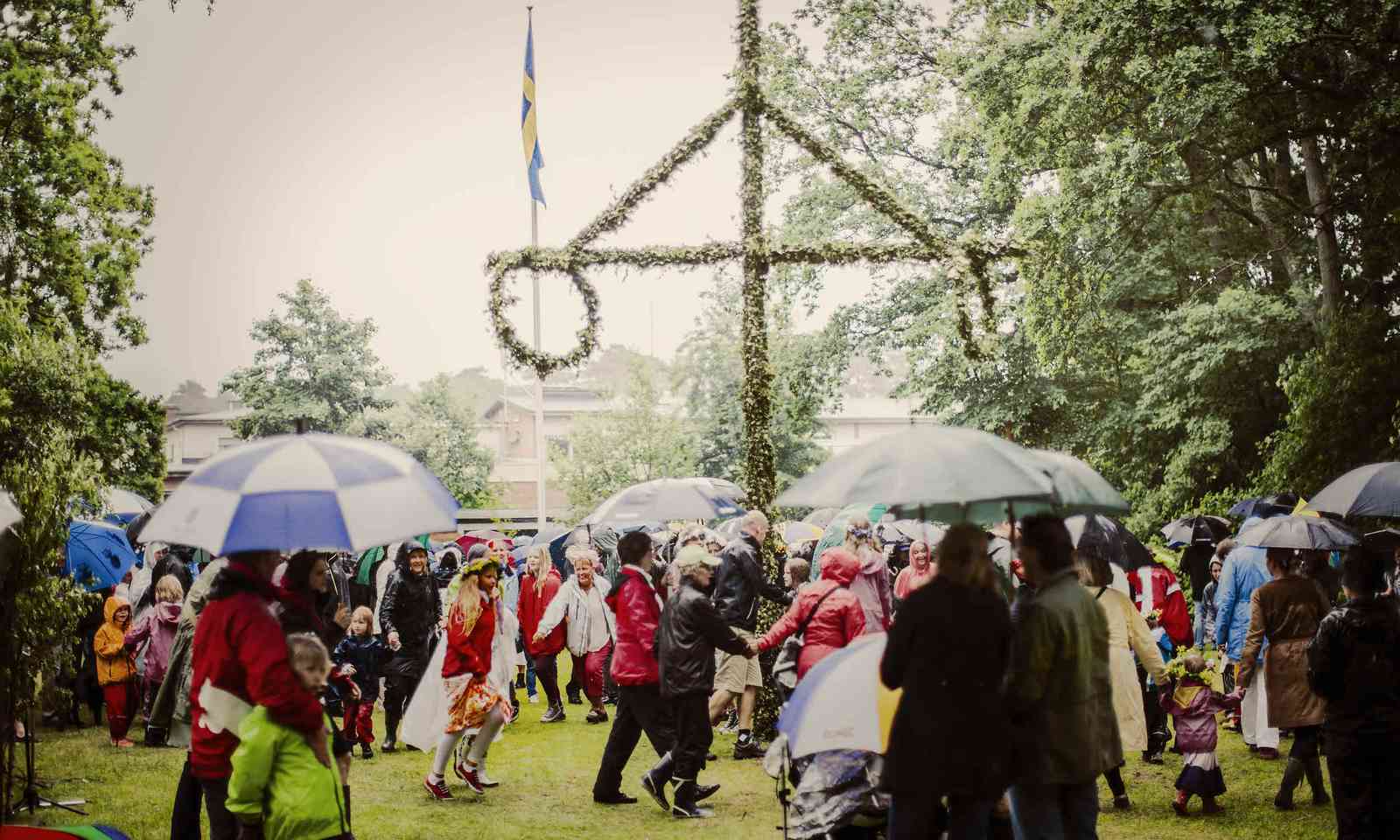 Have you ever dreamt of singing about frogs and pretending to be a frog while jumping around a midsommarstång, a wooden cross (similar to a British maypole) with two wreaths decorated with flowers? Probably not. But if you go to Sweden during midsummer (in June), that dream will come true. On the longest day of the year, the sun doesn’t set and children, as well as grownups, dance around the midsommarstång, which is a symbol of fertility.

How to… Embrace the outdoors, whatever the weather 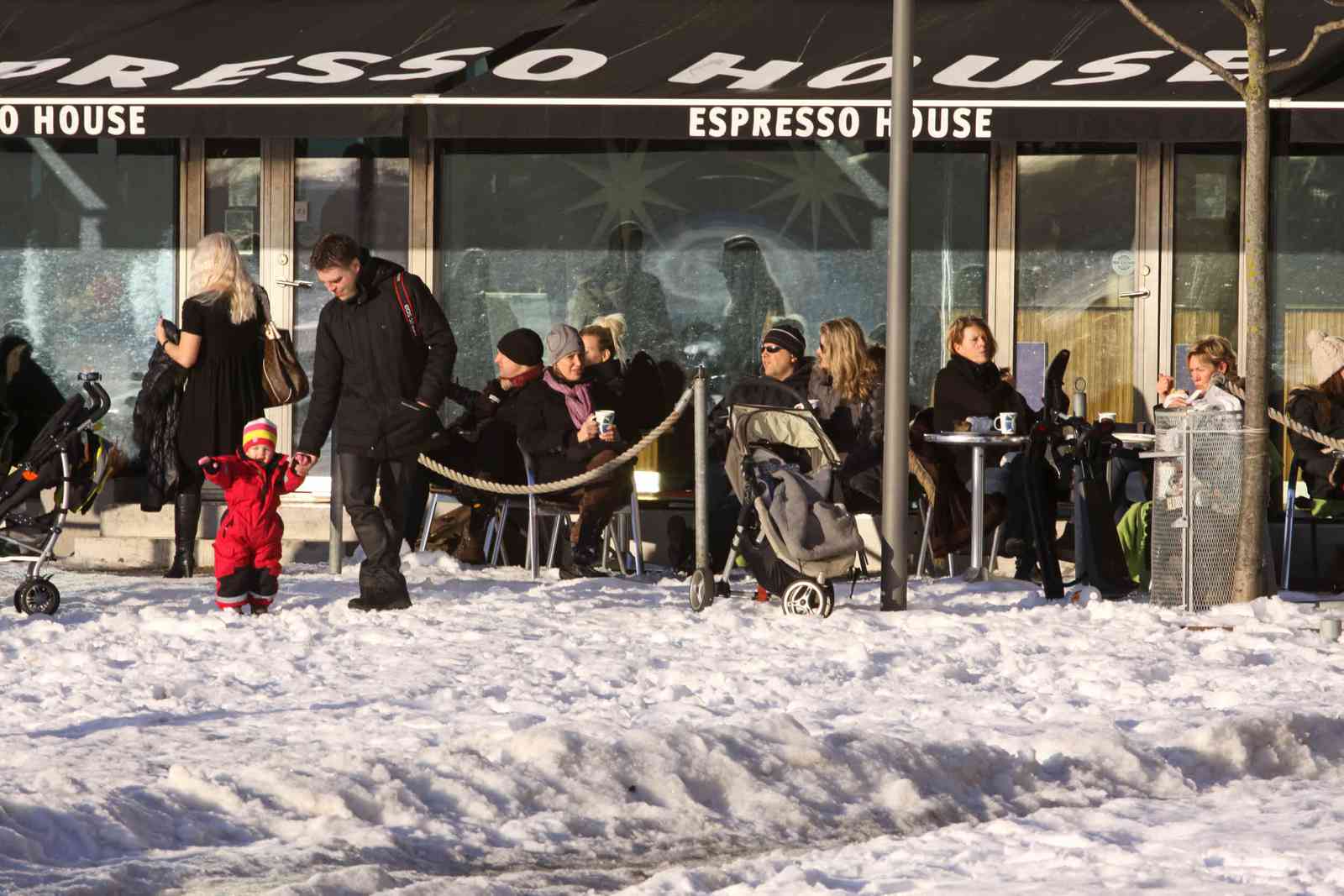 It’s not uncommon to see Swedes sitting outside in the freezing cold, covered in blankets and holding hot drinks in hand. In Sweden, the summer months are short, so when the sun comes out, folks tend to do the same, even if the temperatures are in the minuses, and there’s snow or wind. There might be a reason why the phrase “There is no bad weather, just bad clothes,” rhymes in Swedish.

How to… Save your floorboards 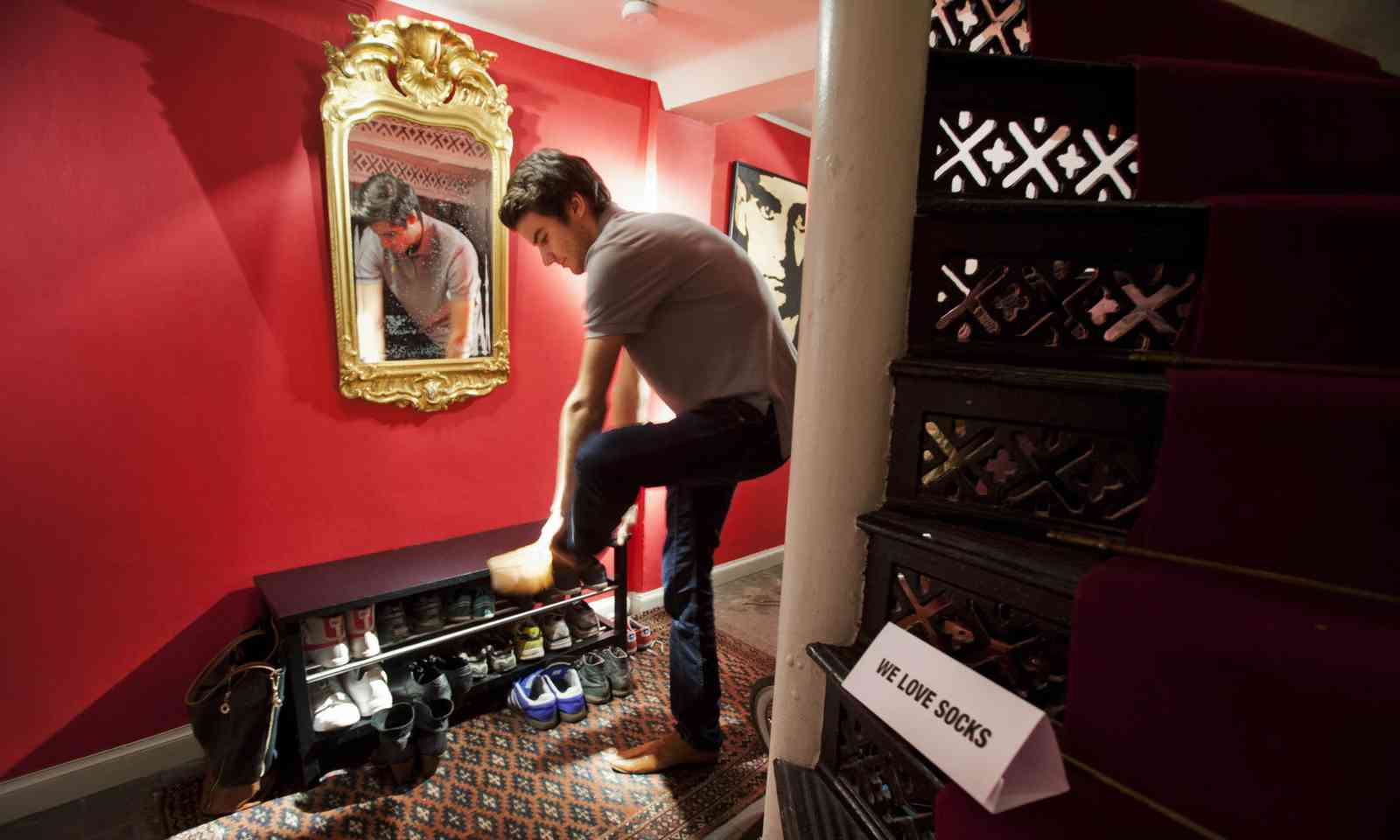 If you hate to hoover and want to minimize the amount of cleaning, then impose the common Swedish ‘no shoes inside the house’ rule. It might have something to do with the wet and snowy weather, but in Sweden you don’t step further than the doormat with your shoes still on. If you’re going to a party, you better bring a pair of indoor shoes to go with your outfit.

How to… Lead the world in organics 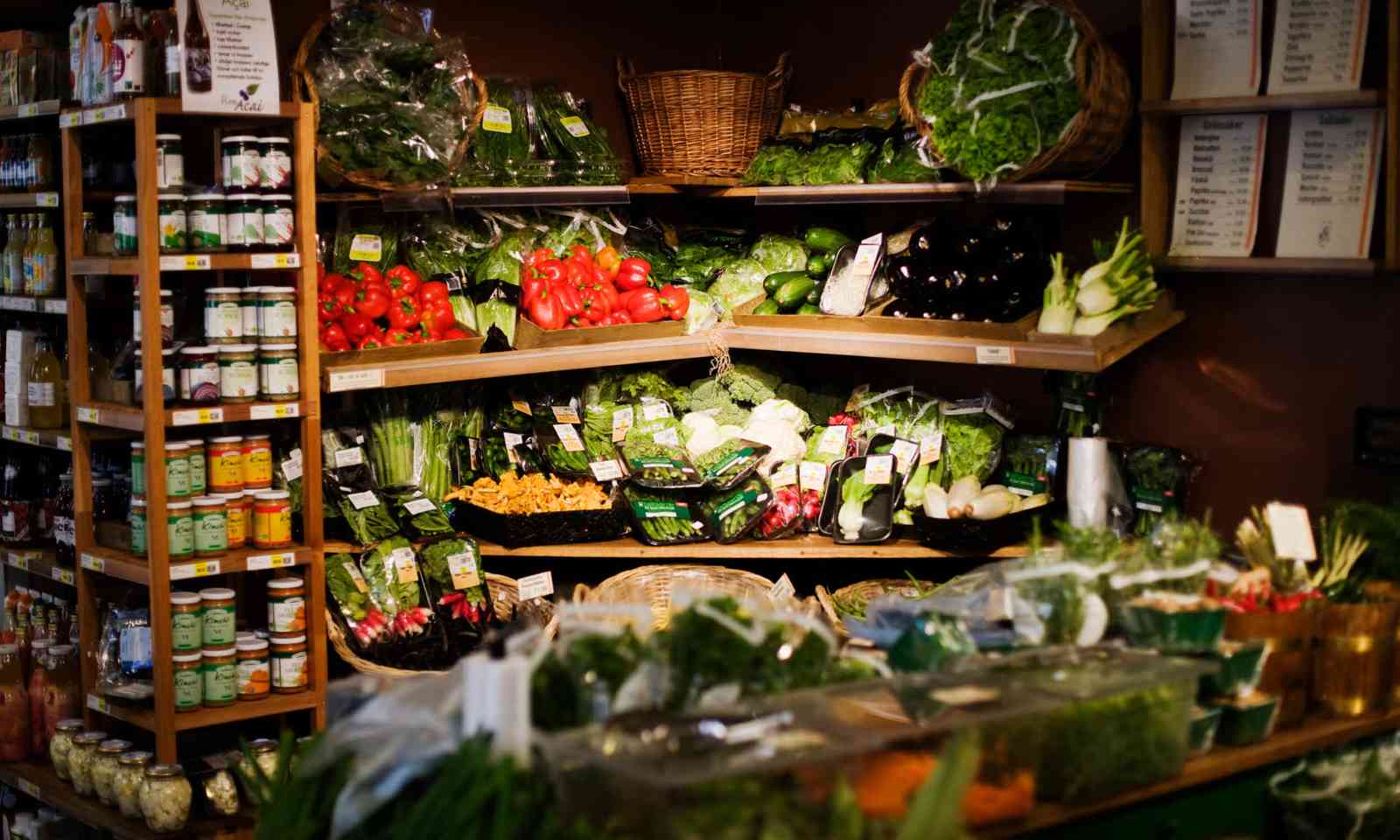 Some people call the Swedes ‘health freaks’ and it’s not difficult to believe it when you’ve been to a Swedish supermarket - just have a look at the wide range of organic stuff. Sweden strives to knock its neighbour country Denmark down from the podium and become the biggest organic-eating nation in the world.

How to… Work up a thirst with singing 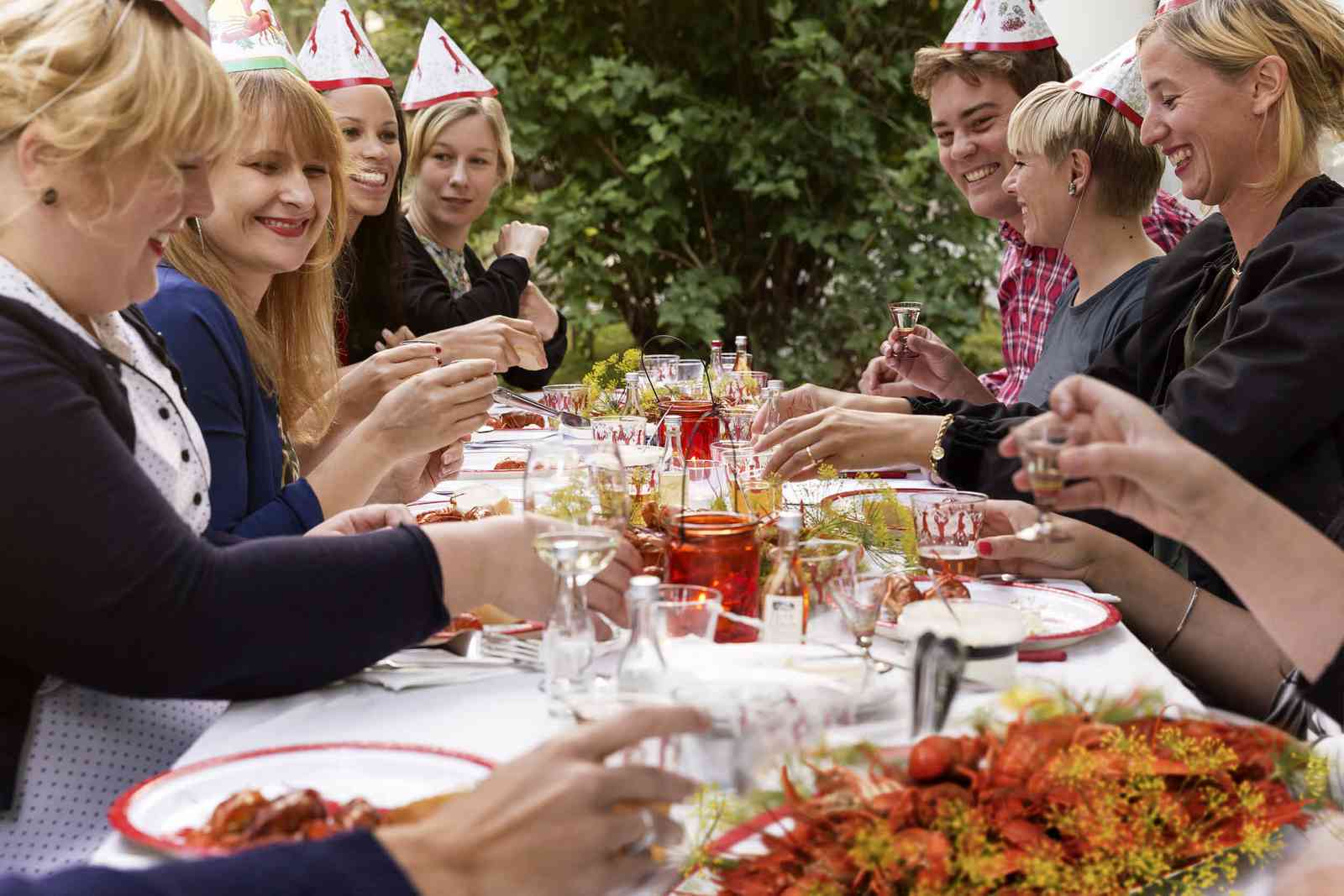 Is it alright to have a shot or two in the middle of the day? Of course. In Sweden, that’s a tradition. Swedes replace the word shot with Schnapps (or nubbe, in Swedish) though and sing a little song together before the toast. Especially in August and September, during Sweden’s crawfish season, this kind of behaviour is normal and nubbe has to be on the table when the Swedes get together for their celebrations.

How to… Have butter coursing through your veins 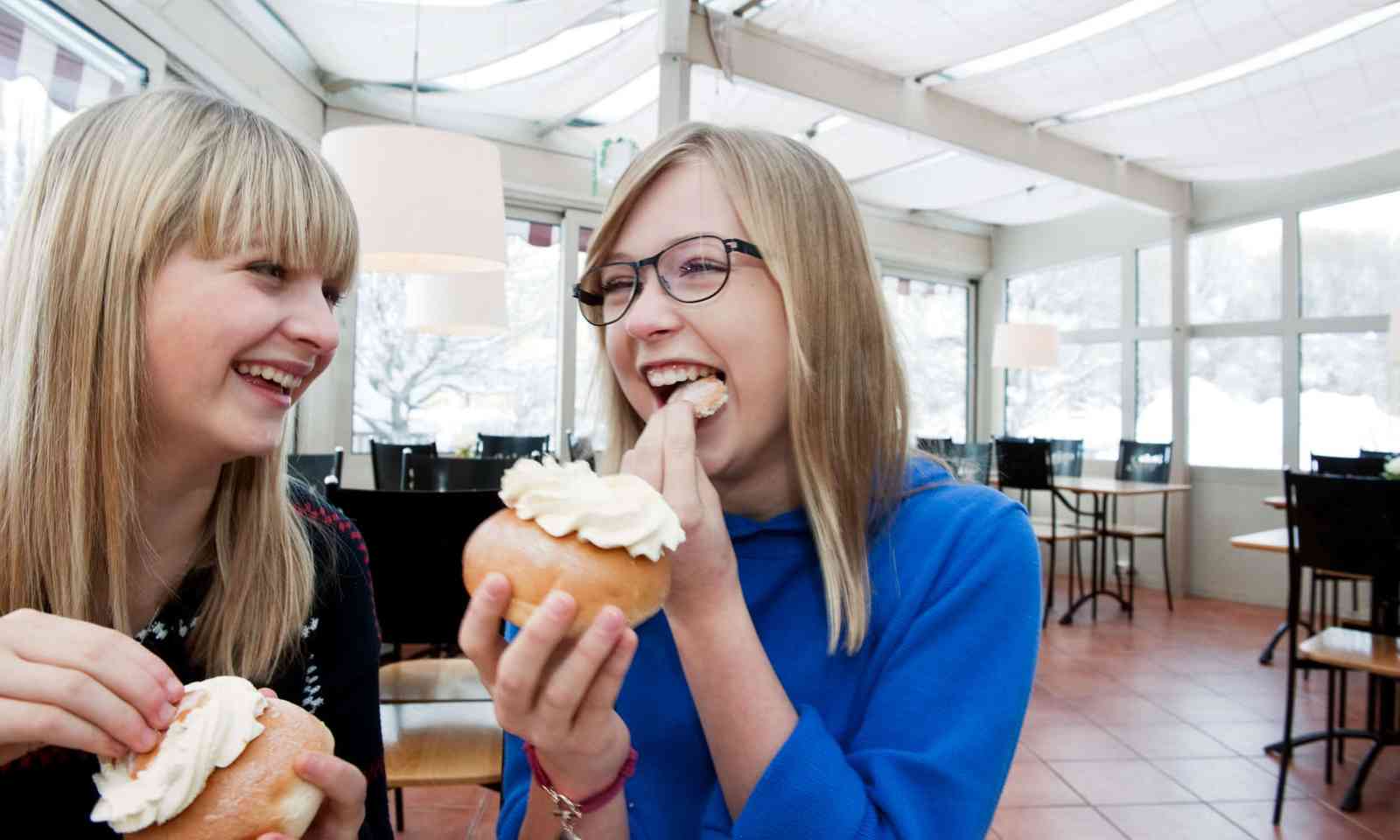 Don’t we all love a sweet treat and a reason to get mates and family together? Birthdays, Christmas or Hanukkah. There’s always something to celebrate. The Swedes have taken it to the next level though. To indulge in pancakes, waffles, cinnamon buns, semlor or other lovely pastries is almost compulsory when special days are being celebrated.