10 things we could all learn from the Aussies

Laid back and laconic, with a love of the great outdoors, Aussies have much to teach the world about getting a good life/work balance. Peter Moore let’s us in on his country’s secrets

1: How to retain optimism in an increasingly pessimistic world 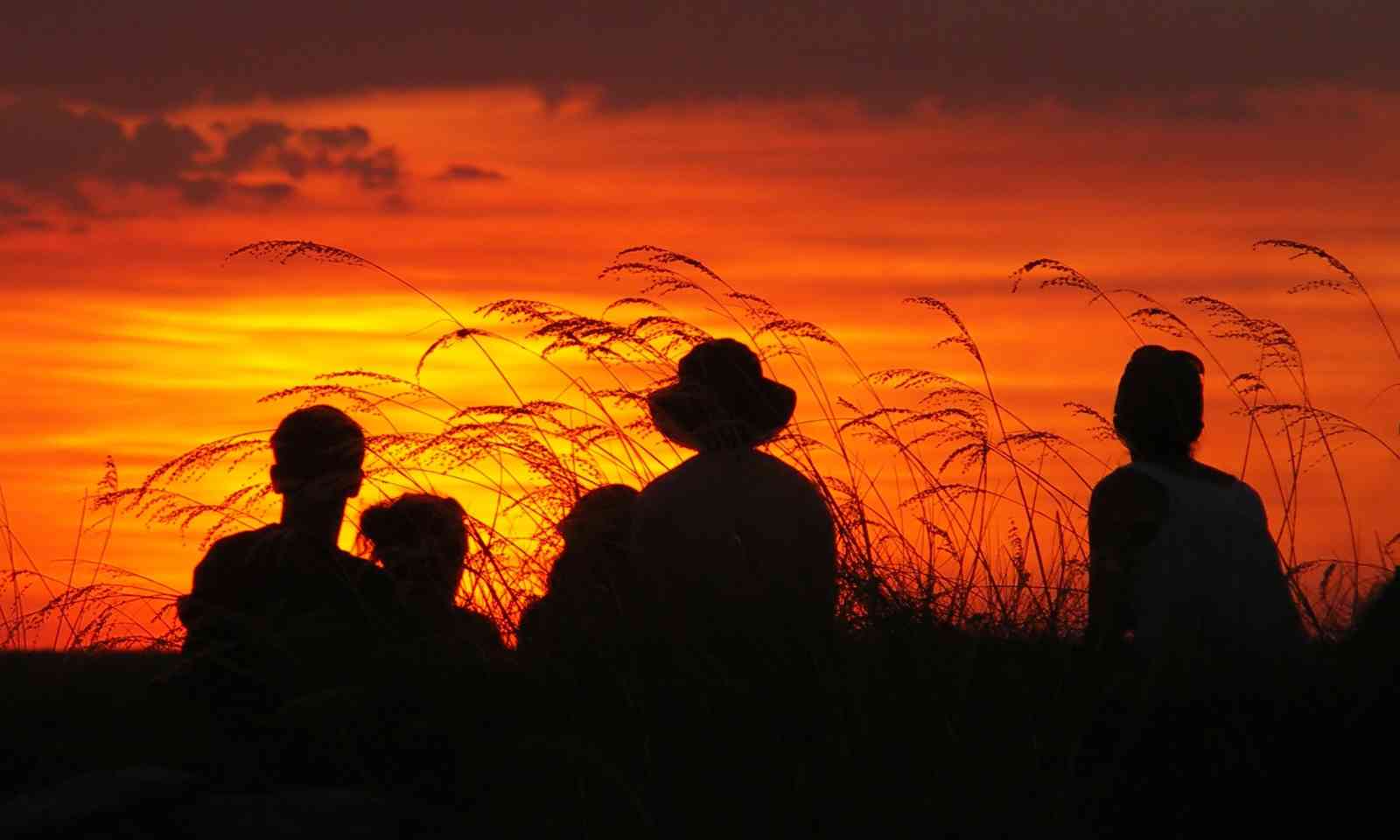 "She’ll be right, mate" is the closest thing Australia has to a national philosophy. It is based on an unbending belief that, no matter how bad circumstances get, things generally turn out all right in the end.

Of course, that is not always the case. Hence, if for some reason things don’t work out for the best, Aussies simply turn to the other cornerstone of their belief system: "Shit happens." Delivered with a philosophical shrug of the shoulders, it is all the consolation a beleaguered Aussie needs.

2: How to use language playfully 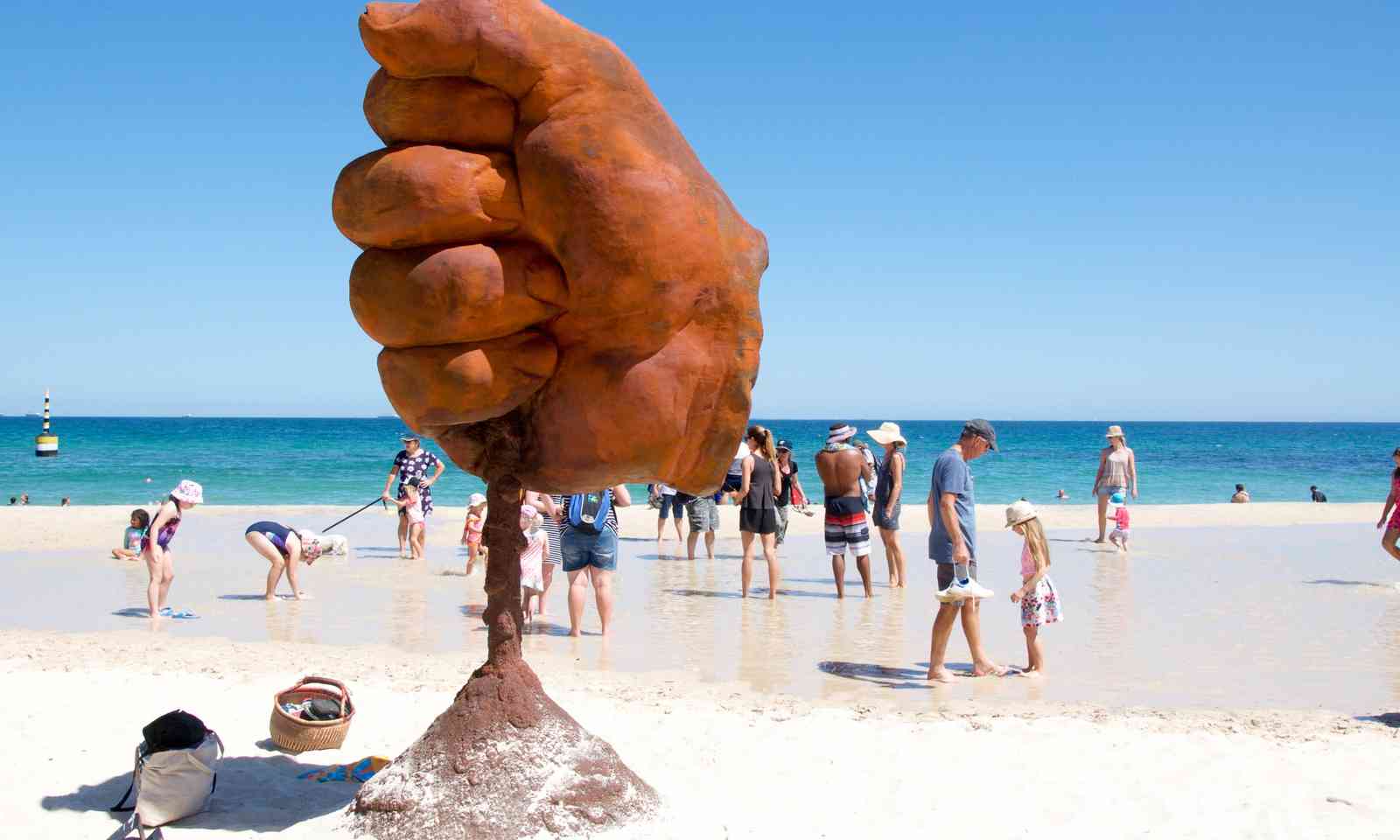 The way Aussies talk is almost cinematic. It’s not just a way of communicating, but also a way of adding colour, emotion and nuance to simple, everyday exchanges.  A shop isn’t just expensive, but charges like a wounded bull. A dodgy curry doesn’t just disagree with you, but goes through you like a ton of bricks. Your room isn’t a just a mess, but like a dog’s breakfast.

The Aussie use of language also invests a simple phrase with feeling and emotion. Remember how bad you felt when that that presentation you gave that didn't really work? An Aussie would say it "went down like a lead balloon." Standing alone at a party where you don’t know anyone else? You’re like a shag on a rock.  A bit busy at work? You’re flat out like a lizard drinking.

As you can see, Aussies like their metaphors, and employing them is the key to talking like them.

3: How to laugh in the face of adversity 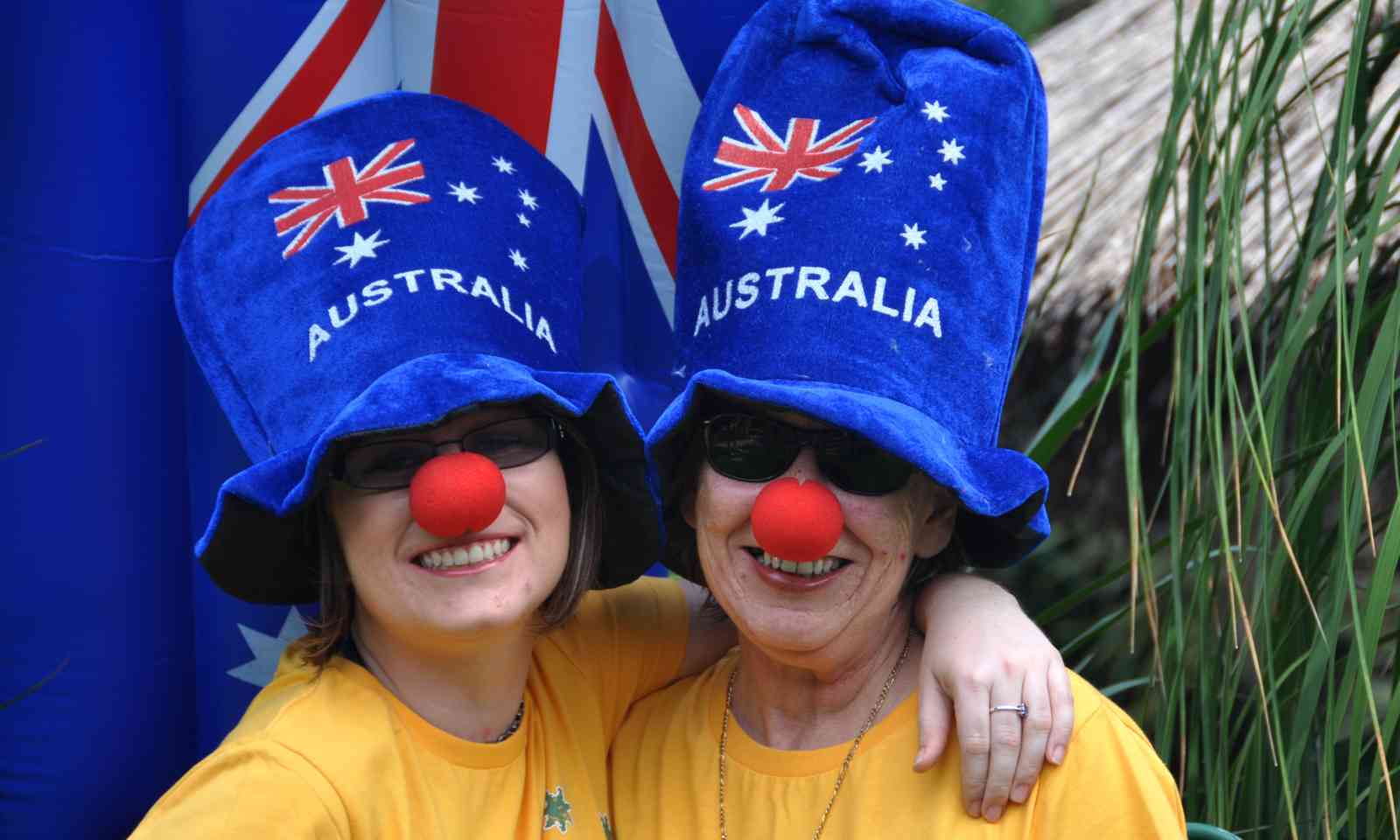 There’s no such thing as ‘Too soon?’ with Aussie humour.  Moments after their house has been destroyed by a bush fire, an Aussie will jokingly tell the news reporter that it was lucky they hadn't renovated the bathroom.

In a land of extremes, of drought and flood, Aussies have adopted the more sensible approach of laughing at misfortune. In a way, black humour is a coping mechanism, a psychological defence against the enormity of the challenges of everyday life in much of Australia. What’s done is done. Time to get on with things. 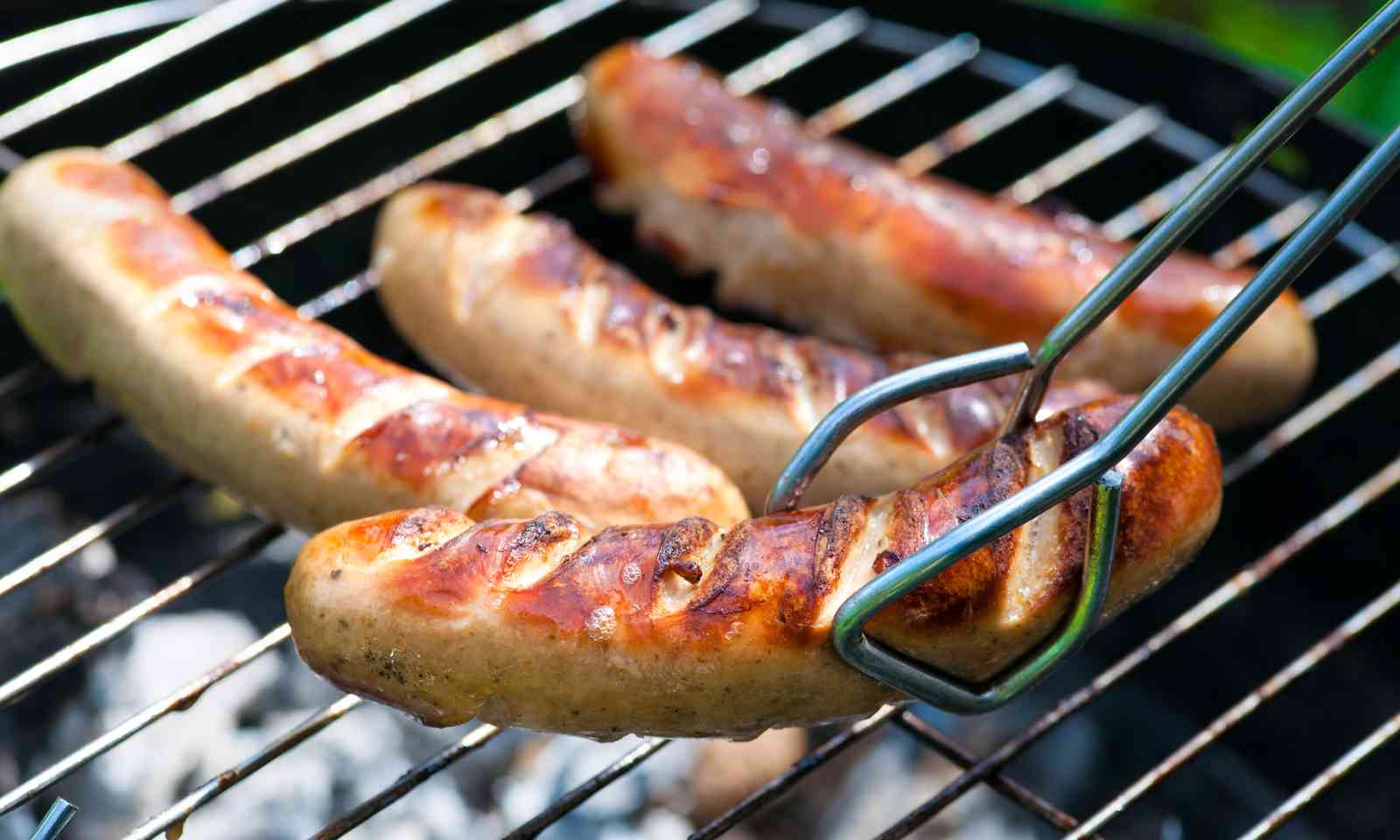 Voting is compulsory in Australia. Unlike in other countries, where a small percentage of voters can decide the fate of the nation, every Aussie has a say. Elections are always held on a Saturday, so it’s easy to pop in to the local town hall or school on your way to the beach or the footy or the shops.

The biggest innovation in recent years, however, has been the emergence of the polling booth sausage sizzle. Charities of all persuasions set up a grill outside polling booths across the nations and sell snags (sausages) to punters on their way in to vote.

Voters make their decision on a full stomach. Charities get money for their cause. Everyone’s a winner.

5: How to embrace egalitarianism 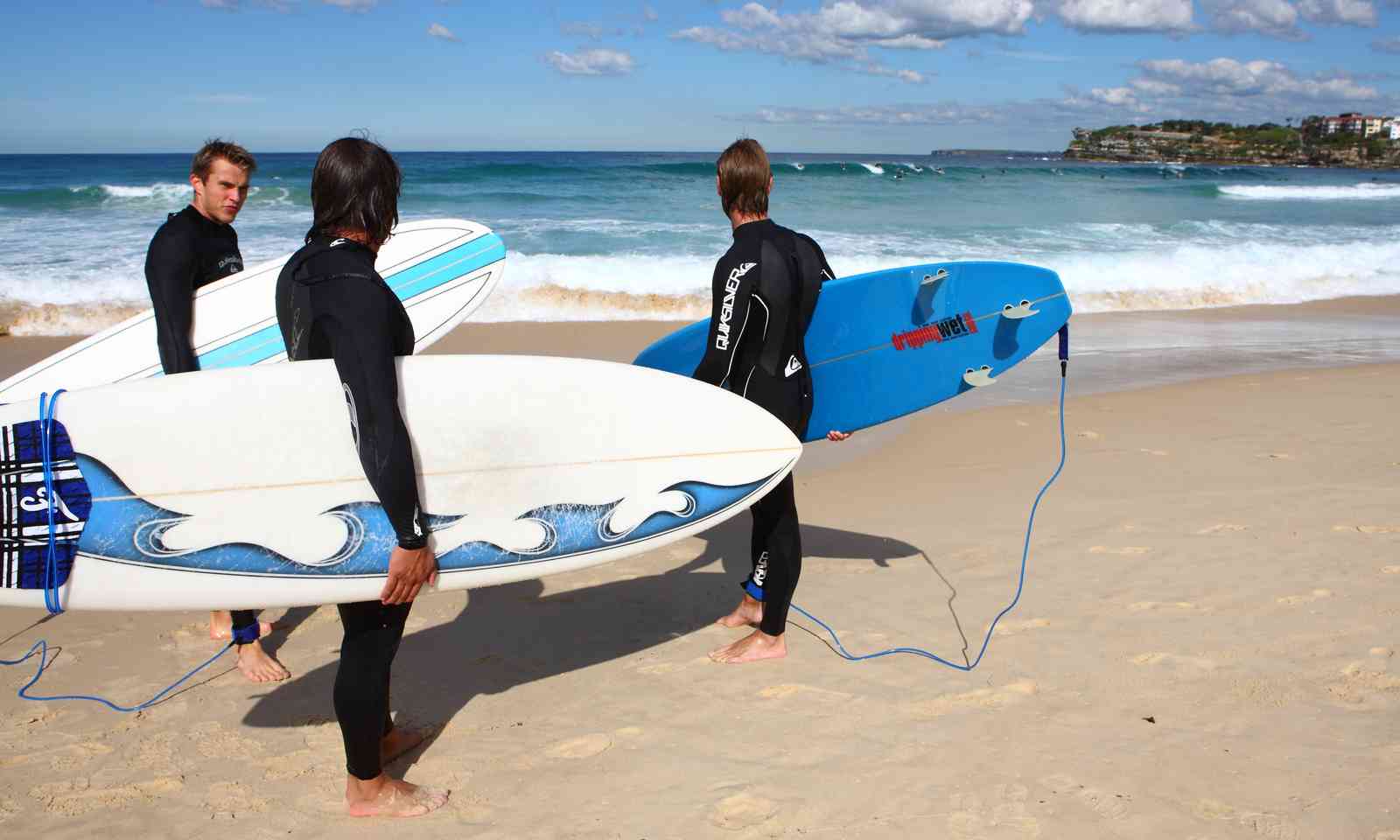 From birth, Aussies are brought up to believing they are as good as the next bloke. Being born with a silver spoon in your mouth (i.e. posh) is no guarantee to success in life.

Whether that is true or not doesn’t matter. Aussies are convinced that they are just as likely to 'make it big’ as the people in the fancy houses, and approach life with the belief that anything is possible.

Thankfully, that philosophy is tempered by the belief that that you are also no better than anyone else. Anyone displaying ‘airs and graces’ or using their wealth or position to secure certain favours will be given short thrift.

It manifests itself in the ‘Tall Poppy Syndrome’, where people who get too big for their boots are cut down to size. For example, an Aussie actor who makes in big in Hollywood is expected to down play their success. Get too much of a big head and Aussies are merciless.

6: How to make your Gap Year the highlight of your CV 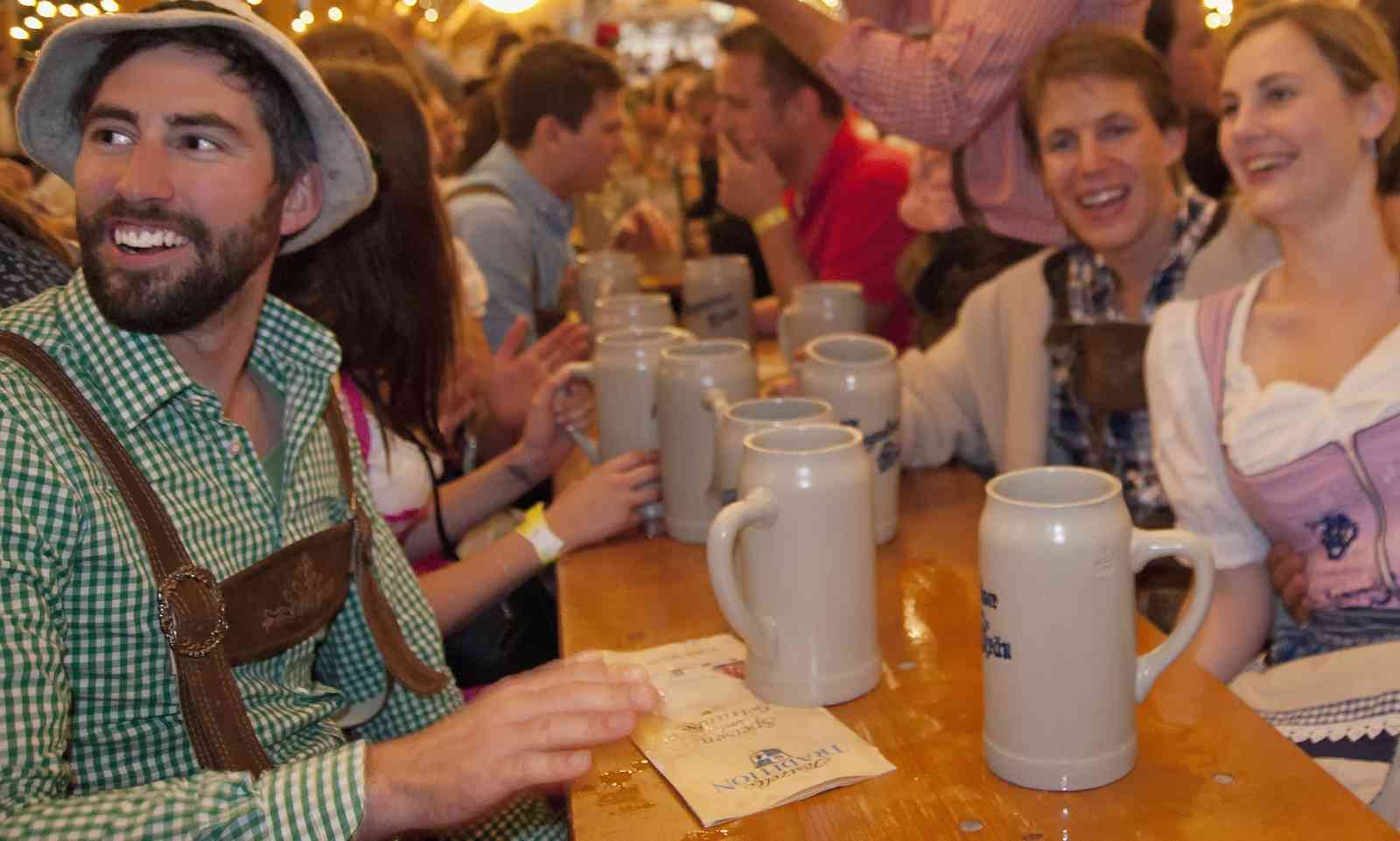 Is Oktoberfest on your CV? (Dreamstime)

Long before the phrase ‘Gap Year’ was invented, young Aussies were wandering the world for a year or so, picking up a bit of work here and there, and just generally seeing how things work in the big wide world. Because the rest of the world is so far away, it became the expected thing to do.

The upside is that a 12-month odyssey on your CV is seen as a positive thing, rather than a sign of flakiness. Employers are relieved that you’ve got it out of your system and pleased that you’ve broadened your horizons and gained experience working in London, New York or Tokyo.

It’s also an ice-breaker in interviews. Chances are that your future boss did the same thing and will spend much of the interview reminiscing about the time they drank steins in Munich or suffered through engineering works on the London rail system.

7: How to deal with creepy crawlies 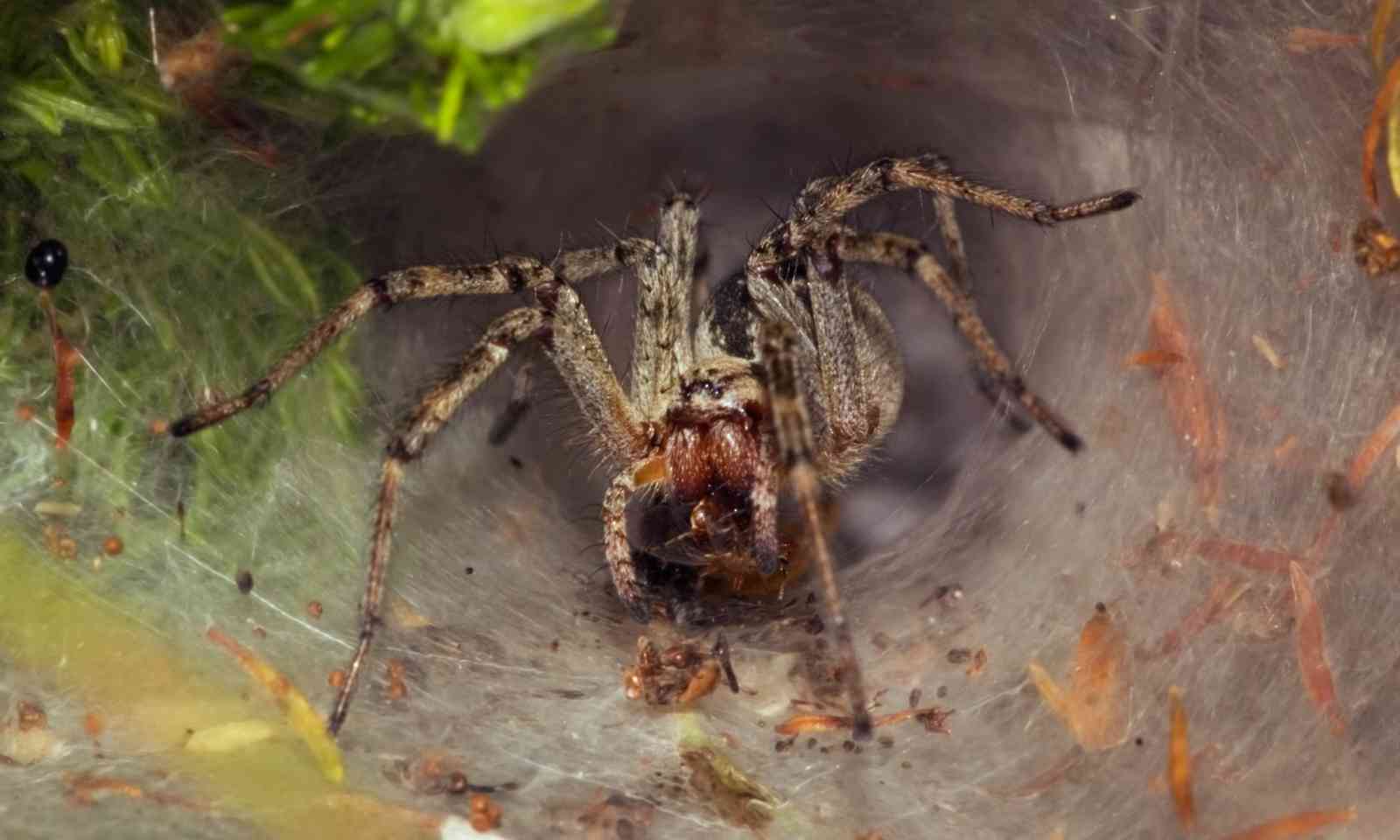 It’s true that there are some pretty nasty critters on the loose in Australia. If it’s not sharks in the oceans, it’s a spider hiding in your boots or a snake curled up behind your wardrobe. Sometimes it seems like everything in Australia is out to kill you.

The reality is that they’re not. You’d have to be pretty unlucky to come across a deadly snake, let alone get bit by one. Aussies grow up knowing that, in most circumstances, that deadly creature is more afraid of you. If you don’t hurt it, it won’t hurt you.

Indeed, trying to kill a snake is more dangerous than just leaving it alone. It’s a simple philosophy you can try employing next time that harmless house spider crawls out from behind the sofa.

8: How to master the art of understatement 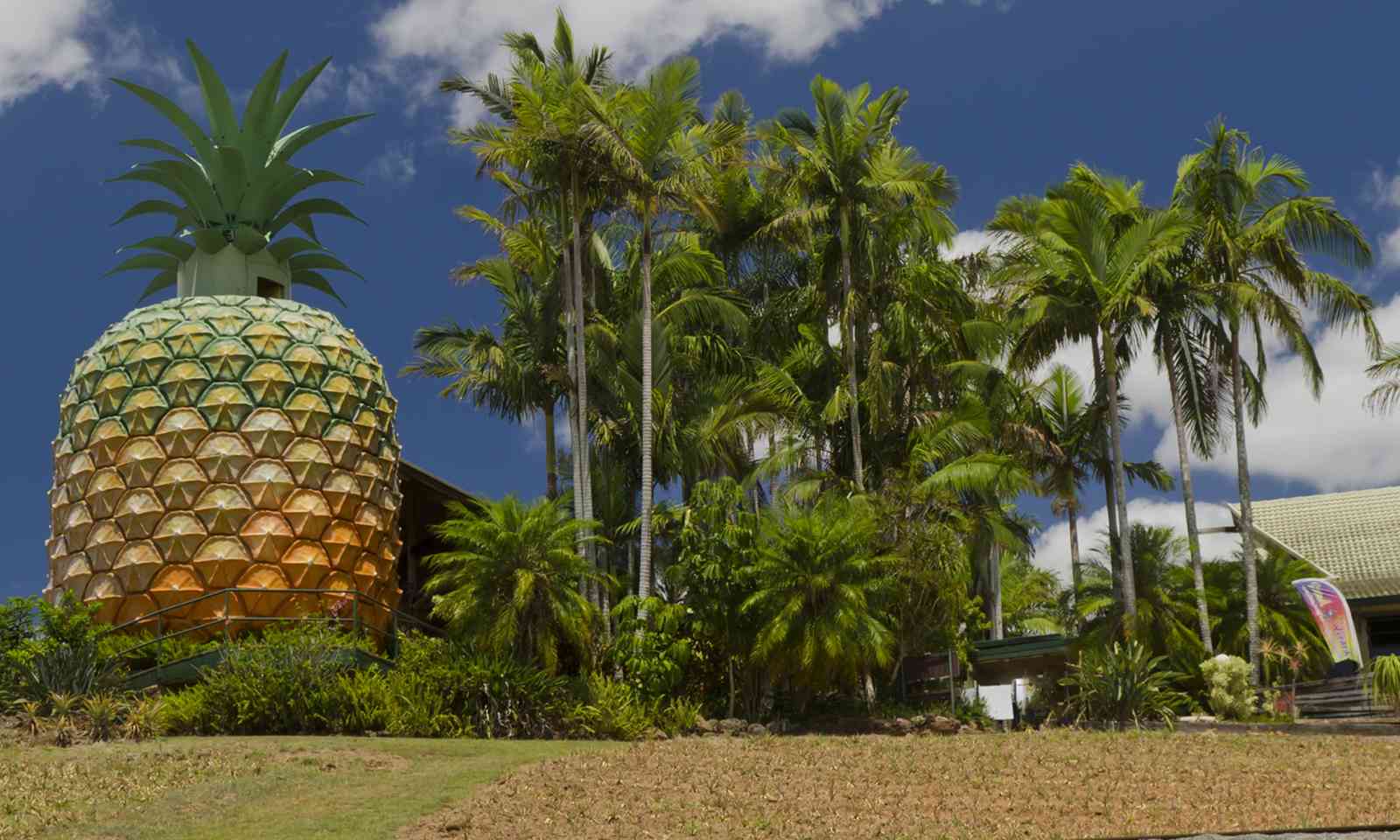 Aussies are not ones for the hysterical exaggeration. That shark bite? In Australia, it’s a nibble. The temperature is 50 degrees outside in the shade? It’s a little warm. That multi-million dollar contract you just landed? Not bad for a day’s work.

The beauty of the understatement is that it makes you look cool, calm and unflappable. The admiration gained is worth so much more than if you’d talked yourself up.

9: How to live for the weekend 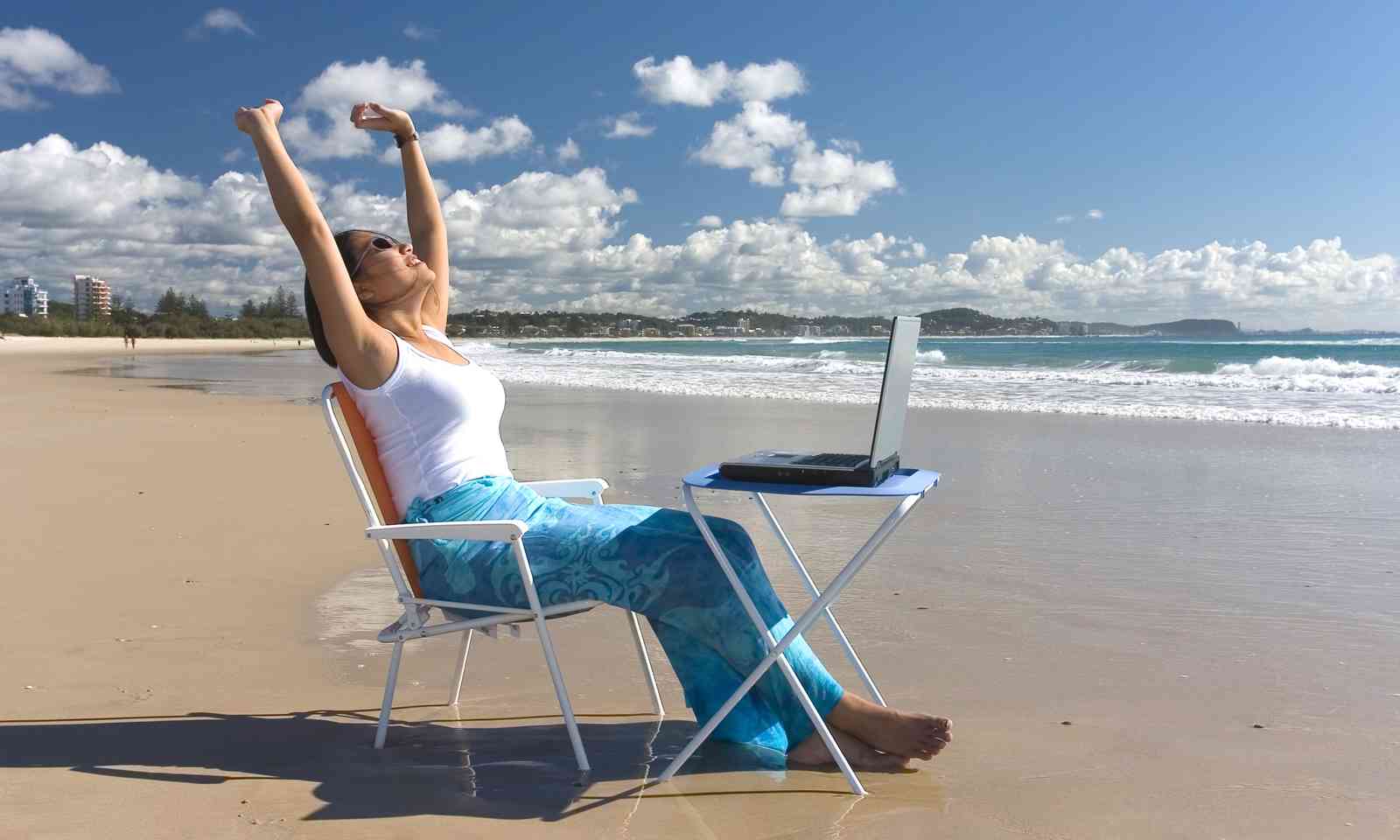 Working on the beach in Australia  (Dreamstime)

In Australia, people work to live, rather than live to work. Toiling away at the office is a means to an end, that end being a day at the beach, camping in the bush or heading out in a tinnie (small metal boat) to catch a fish or two. Work is an inconvenience, a necessary evil.

‘Didjahavagoodweegend? ‘ is a common greeting, and come Monday morning, Aussies are already planning their next weekend. (After regaling work mates with talks from the last one, of course.)

It helps, of course, that the weather is good and the options of what to do are plentiful. Regardless, it’s an attitude that helps you get through a long, long week.

10: How to travel the world for longer 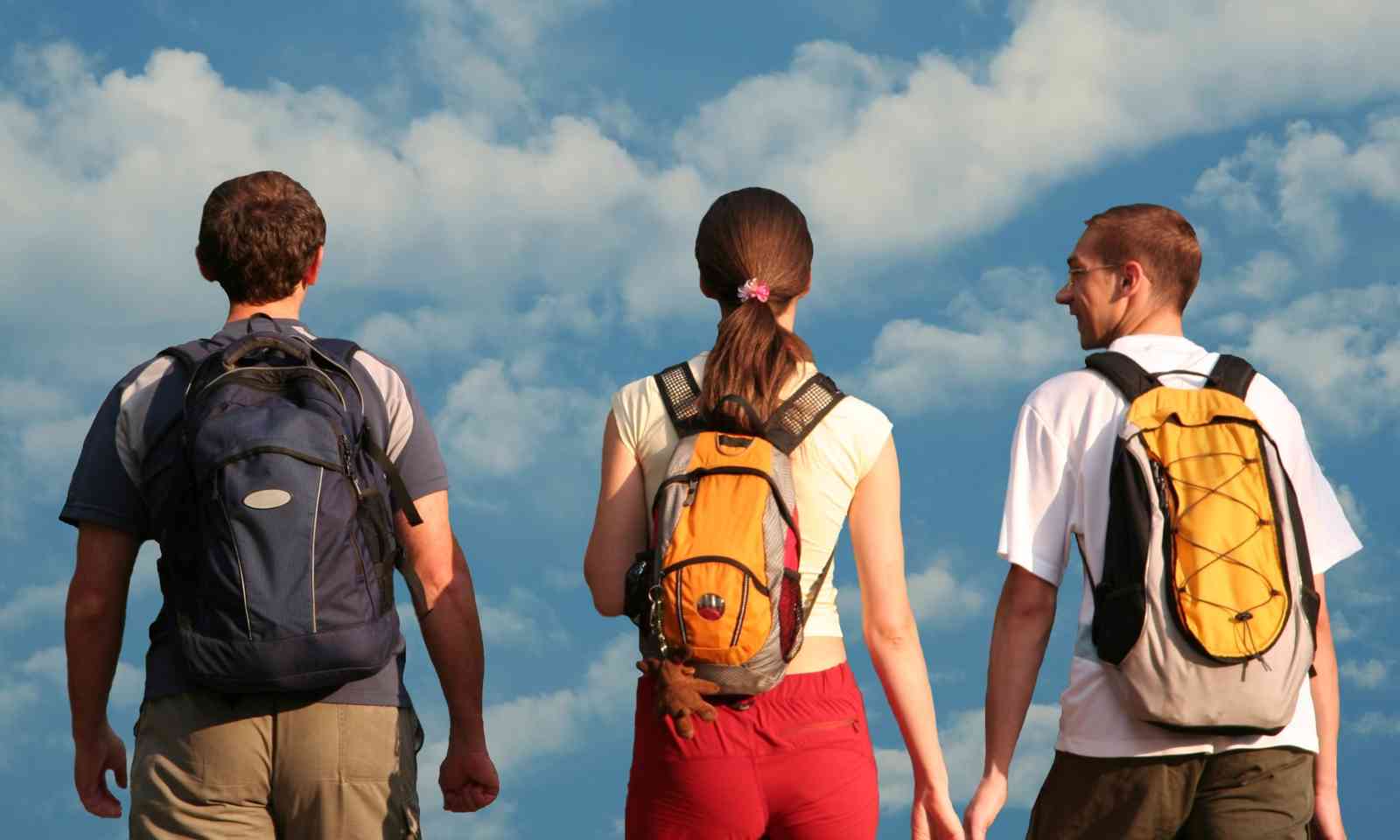 Heading off into the world (Dreamstime)

Saddled with a currency that goes up and down like a yo-yo, Aussies have long mastered the art of making their travel dollar go further.  A hotel is simply somewhere to sleep. A third-class ticket gets you there just as fast as a first-class one. A meal from a street hawker is just as filling as one from a restaurant. Corners are cut, for sure, but in a way that results in a more interesting and authentic journey.

That’s why you’ll find Aussies in the most out of the way places, far from the tourist crowds, looking for places where their 'Pacific Peso' will go further. In The Great Railway Bazaar, Paul Theroux said he knew that he had hit rock bottom when he found himself in the company of Australians. Aussies would regard that as a compliment.