5 things to know about Holi

This weekend is the spring festival of Holi, otherwise known as the festival of colours. But there’s more to it than colourful powder fights… 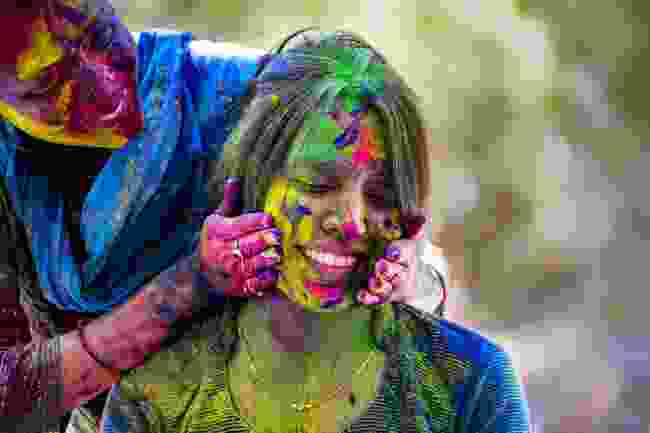 The first written record of Holi was on a stone in 300 BC. The festival was originally celebrated by married women wishing for their family’s happiness and wellbeing.

2. People light bonfires the day before 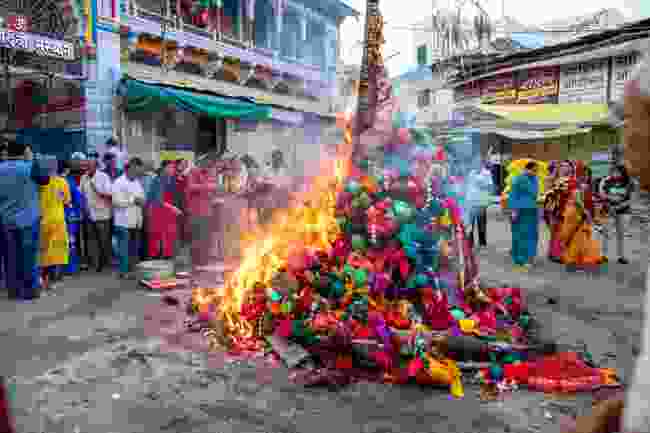 A bonfire on Holika Dahan (Shutterstock)

According to legend, King Hiranyakashyap wanted everyone to worship him, yet his son Prahlad worshipped Lord Naarayana. Aggrieved, the king ordered Prahlad and his aunt Holika to run into a fire. The king’s sister believed she would escape unharmed, but what she didn’t know was she was only safe from the flames if she ran into the blaze alone. She succumbed to the fire but Prahlad was saved, allegedly because of his belief in Lord Naarayana.

The festival has since come to celebrate good over evil and the value of devotion, and people light bonfires the night before, which is known as Holika Dahan. In some towns people dance and sing around the bonfire, which is topped with an effigy of Holika.

3. It’s not just about powder 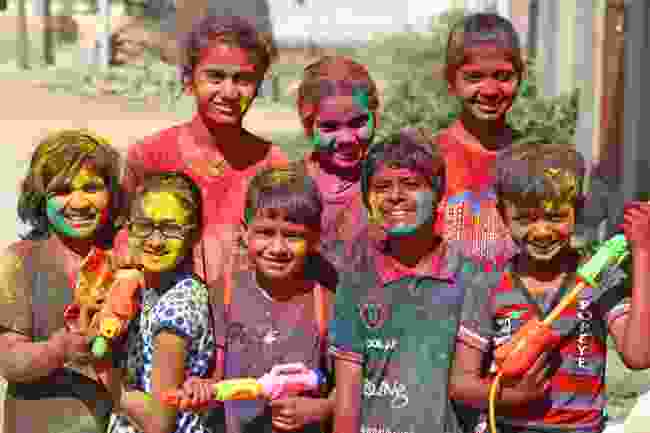 Many Indians wear perfume and white clothes for maximum impact before hurling gulal (colourful powder) at one another, which was traditionally made with turmeric and neem. They also soak each other with water guns and water balloons in the street and outside temples, which are decorated with flowers.

The festival lasts for up to five days in Barpeta in the north east, with locals burning clay huts and decorating their houses with flowers. In Bengal in the east, women dance while men carry Krishna and Radha idols on palanquins, or stretchers, through the streets.

Celebrations in the south are somewhat more sedate, with young people applying gulal to their elders’ feet in the evening in Andhra Pradesh in the south east. 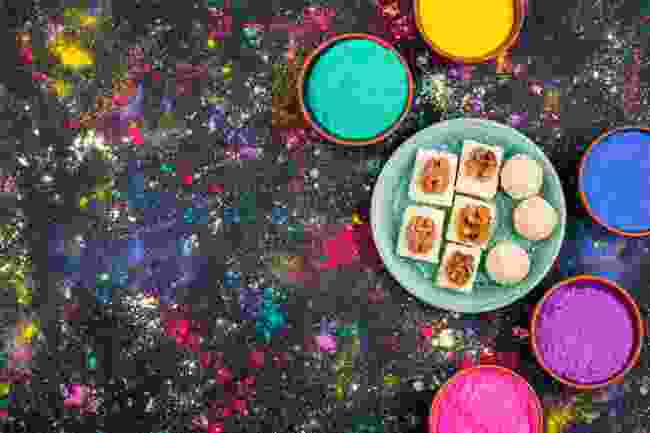 The day starts with a special breakfast of dhuska, fried round savoury patties, while later on dahi vada – fried spicy dough balls drenched in yoghurt – is a common snack. Holi is also an opportunity to sample festive sweets such as malpua – crispy pancakes flavoured with cardamom – and barfi, fudge-like squares flavoured with pistachio, rose, saffron and almonds. You can also try ladoos (coconut balls) and gujiya, deep-fried dumplings made with dried fruit and dipped in syrup.

5. The drinks are special, too… 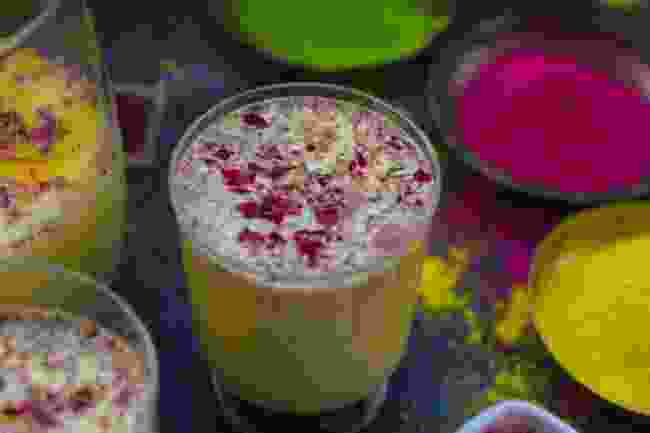 Locals celebrate by drinking thandai, a cold milk-based drink usually flavoured with cardamom, almonds and fennel and poppy seeds, and topped with rose petals and saffron. Some people add bhang, a mix of ground and dried marijuana leaves.