13 of the best things to do in Winchester, England

Dominated by one of England’s greatest cathedrals, the pretty city of Winchester offers epic history, a beautiful natural setting and a burgeoning foodie scene – just an hour away from London...

1. Walk through history at Winchester Cathedral 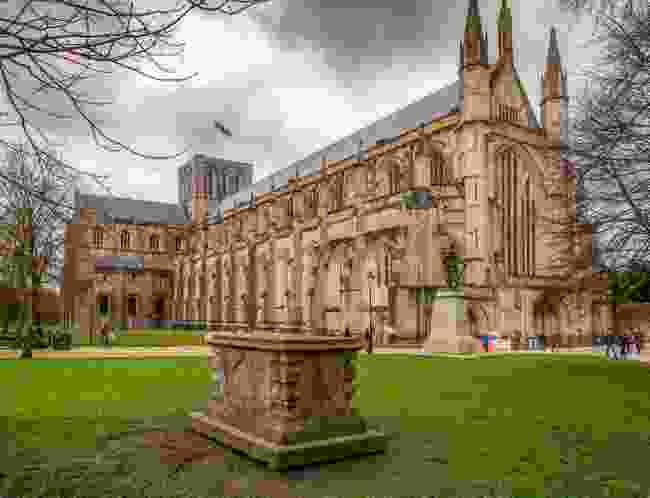 Solid and imposing, Winchester’s Norman cathedral dates from 1070 and is one of the most beautiful in the country. It is also one of the most important. King Canute and William II were buried here. Henry III was baptised at the elaborate stone font. And Mary Tudor walked down the aisle to marry Philip of Spain here.

Look out for the 14th century carvings of dragons, owls and monkeys on the choir stalls, the stain glass window (created by glass smashed by Puritans in the 1640s) and Antony Gormley's moving sculpture, Sound II, in the crypt.

Frosty winter sunrise at the Hospital of St Cross (Shutterstock)

The atmospheric Hospital of St Cross is a medieval almshouse and the oldest surviving charitable institution in the UK. Worth visiting for it Grade I listed buildings alone, it is famous for continuing the ancient tradition of providing the Wayfarer’s Dole.

Wayfarer’s Dole is a horn of beer and a morsel of bread, given to any visitor who requests it. The custom was founded by a monk from the commune Cluny in France. Visitors to the Hospital of St Cross can request the Dole at the Porter’s Lodge as they leave.

3. Marvel at one of the world’s oldest bibles 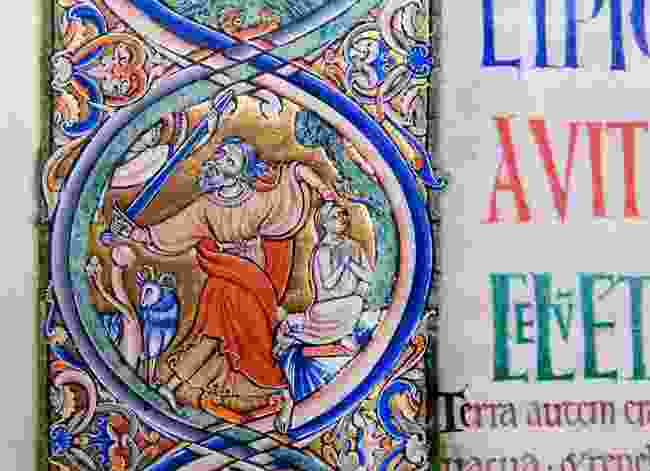 An illustration in the Winchester Bible (Winchester Cathedral)

Back after painstaking restoration, the world famous Winchester Bible is on display again as the centrepiece of an exhibition celebrating the city’s cathedral and extraordinary history.

Weighing in at a staggering 32kg, sumptuously illustrated using gold leaf and the gemstone lapis lazuli from Afghanistan, it is one of the largest and most beautiful 12th-century Bibles on the planet. 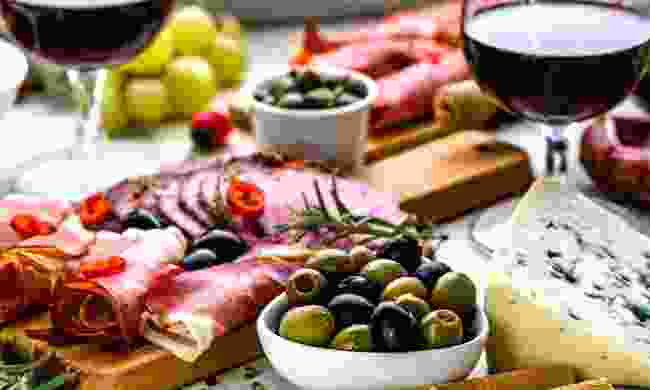 Set in a renovated mill building in the verdant Abbey Gardens, Hugh Fearnley-Whittingstall’s River Cottage Canteen is one of the most atmospheric places to enjoy a meal in Winchester. The sharing platters are legendary and the Sunday roast is regarded as the best in town.

Best of all, you can go for a stroll along the river after your meal. Foodies will also want to stock up at Winchester’s fortnightly Farmers’ Market. It’s one of the biggest in the UK. 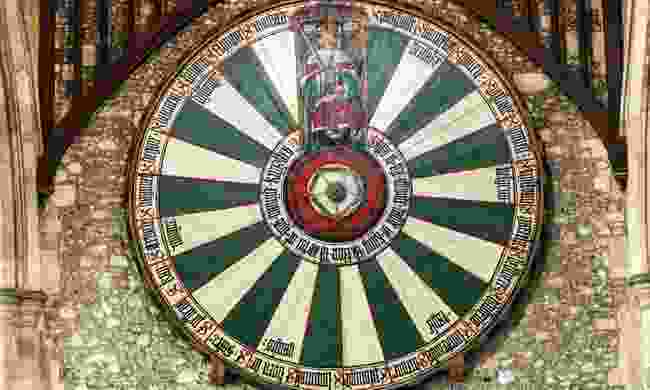 The Round Table in Winchester’s Great Hall (Shutterstock)

The iconic Round Table of Arthurian legend that has dominated Winchester’s ancient Great Hall for centuries. It’s not the real one, of course. Arthur and Camelot are a myth, so technically, it never really existed.

But this table does date from medieval times, with a Tudor rose painted on later the big man himself, Henry VIII. Measuring 5.5 meters in diameter and weighing 1,200 kg, it hangs on the West Wall. 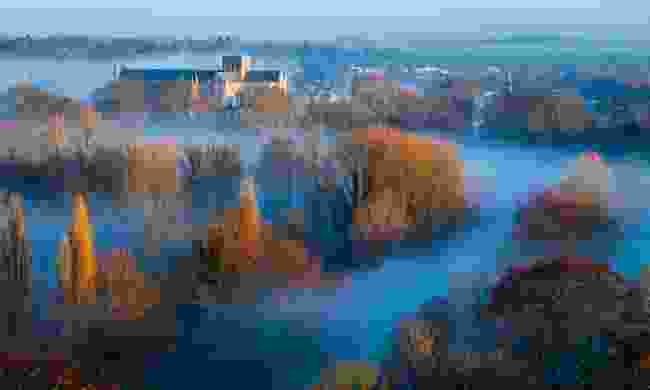 Rising sharply above the east bank of the River Itchen, St Catherine’s Hill is a rounded chalk hill that served as a fort in the Iron Age. It rises 97 metres, just south of the city, and earthworks from those times can still be seen.

Today, it is surrounded by a 58-hectare nature reserve, carpeted by wildflowers in early summer, and home to over 25 species of butterfly.

The views from the top are expansive. Look to the east for the rectangular mounds in Plague Pits Valley. As the name suggests, they mark the site of mass graves from plague outbreaks. 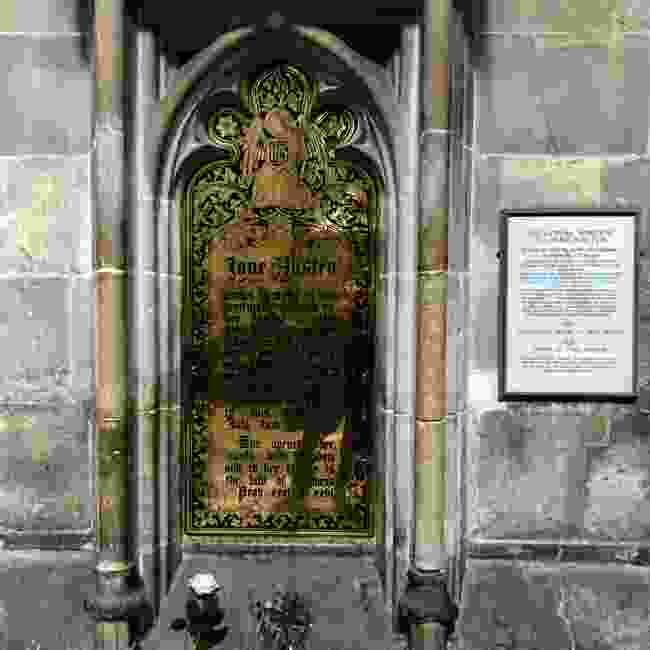 From 1809 to 1807 Jane Austen lived in Chawton, a small village 17 miles from Winchester. She wrote six of her novels there, including Emma and Sense and Sensibility, and her home there has been turned into a museum.

In 1817, she fell ill and moved to Winchester, then a leading medical centre. She lived her final days at number eight College Street (now a private residence, marked by a plaque) and is buried in the cathedral.

Her memorial tomb makes no reference to the fact she was a celebrated author, but in 1900 a stained glass window was put up in her memory.

Three otters were reintroduced into the River Itchen in 1994 and since then the creatures have thrived, raising families and repopulating the waterway. Although elusive and shy, they are regularly spotted near the City Mill, where observation cameras track their movements.

Over the years they become more accustomed to humans and ‘city life’, with some lucky visitors spotting them catching fish or herding their youngsters towards safe spots under the mill.

9. Enjoy a pint at the historic Wykeham Arms 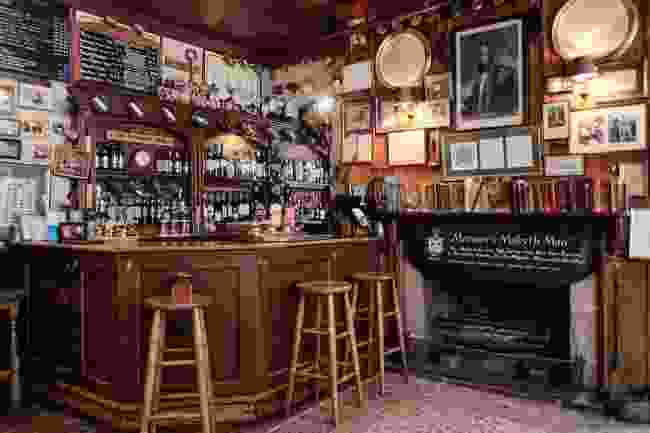 Set in a 1755 coaching inn, this upscale, town centre pub is a five minute walk from Winchester Cathedral. Lord Nelson is said to have stayed here on his way to Portsmouth, and in the 1900s, it was part of the city’s notorious red light district.

These days, the Wykeham Arms is altogether more sophisticated, lovingly restored with plenty of nooks and crannies, fascinating bric-a-brac and a walled garden that is especially lovely in summer.

Still need convincing? The food is great, there are real ales on tap and it was voted the UK’s best Town Pub in 2018. 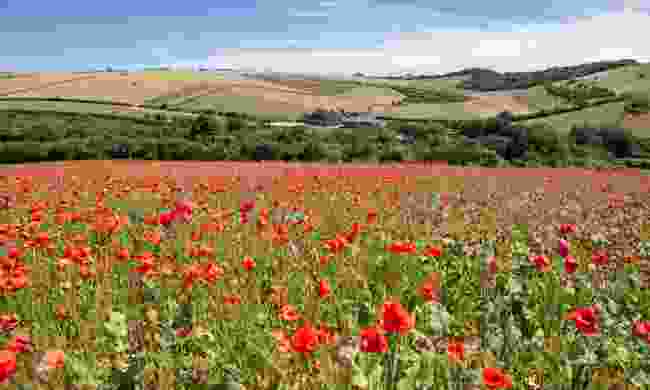 The South Downs Way is one of Britain’s great national trails, and it starts (or ends) in Winchester. St Catherine’s Hill marks the westernmost point of the trail, with one hundred miles of chalk downland, springy turf and pretty villages laying ahead as you walk east to the white chalk cliffs above Eastbourne.

Of course, you don’t have to walk the whole route. Even the shortest stroll will reward you with masses of blooming wild flowers in spring and summer, including some rare orchids, and breathtaking views back across the city.

11. Try on armour at Westgate 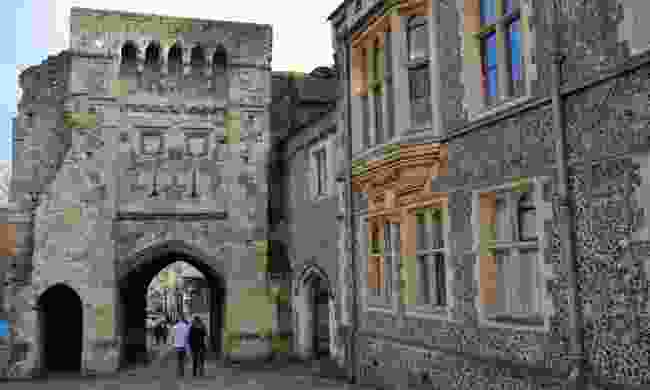 The Westgate is the last of Winchester’s main medieval gates and features architecture going back to Anglo-Saxon times. It was reconstructed in the 1100s and modified over the centuries, including gunport, the earliest in the country.

It served as a debtors’ prison up to the 19th century and graffiti scratched into the walls from that time can be still seen. These days it is a museum, with exhibits from Winchester’s Tudor and Stuart history. There’s a box of old armour in the corner for kids to play medieval dress-up.

12. The walk amongst wildlife on the River Itchen 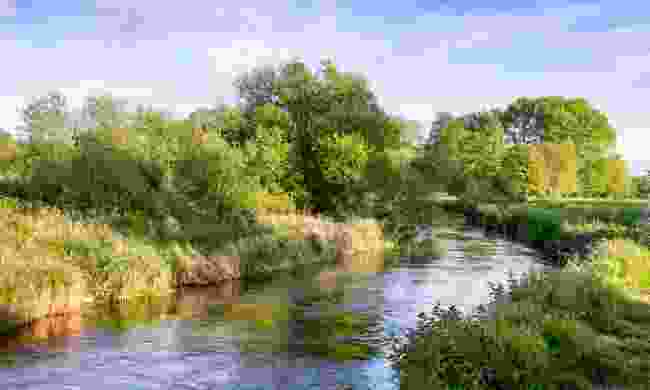 Walking along Winchester’s River Itchen is a great way to encounter both the town’s long history and its extraordinary wildlife. Along the way, you’ll pass a statue of Alfred the Great, the old City Mill and Wolvesey Castle.

As a chalk stream, the waters are remarkably clear and home to otters, water voles, white-clawed crayfish, butterflies and kingfishers. A stroll beside the Itchen inspired Keats to write Ode To Autumn. Who knows what you’ll be inspired to do?

13. Wander around the ruins of Wolvesey Castle 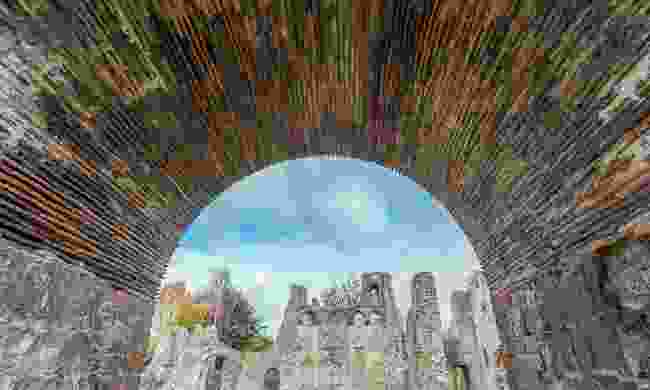 Just a stone’s throw from the Cathedral, Wolvesey Castle was one of the greatest medieval buildings in England and the palace of the powerful and wealthy bishops of Winchester.

Now in ruins, it was famously hosted a wedding breakfast in 1554 for Philip II of Spain and Queen Mary of England, just before they proceeded to the cathedral to get married. You can wander through the atmospheric ruins without charge during daylight hours.

7 of England’s most beautiful cathedrals

Where to find hidden messages in British Cathedrals