From flying with falcons to delving into Arabian art, the UAE hoards plenty of secret travel treasures – here’s how to find them

1. Be a Bedouin for the day 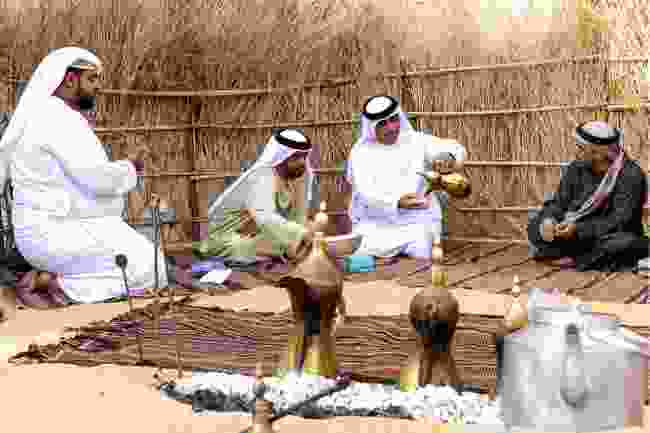 Bedouins in the UAE (Elena Tolmach/Shutterstock)

A mere 60 years ago, life in the Emirates was nomadic. Tribes hunted with falcons, travelled by camel and lived in tents woven from goat hair. Platinum Heritage’s one-day tour offers a glimpse of those pre-oil boom days, with a camel ride to a traditional desert camp, an Emirati cooking lesson, campfire storytelling and a falconry display.

2. Horse ride through the desert 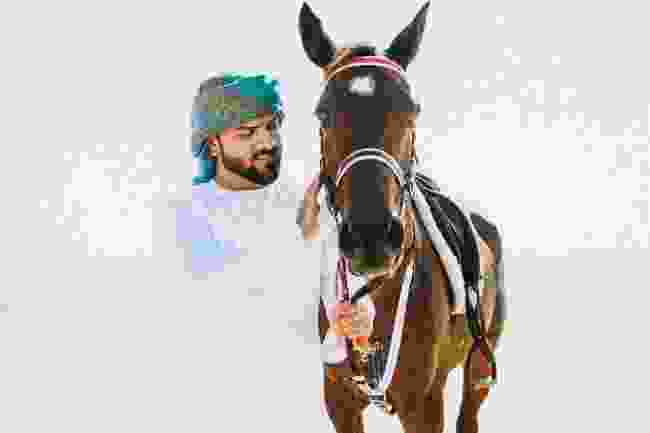 Horse riding in the desert (Shutterstock)

The Arabian horse is a noble breed indeed: elegant, powerful and utterly beloved by Emiratis. Saddle up at Al Wadi Equestrian Centre, part of the plush Ritz-Carlton Ras Al Khaimah hotel, for trail rides through the surrounding desert reserve or sunset jaunts across the dunes. Camel riding is also available on request. 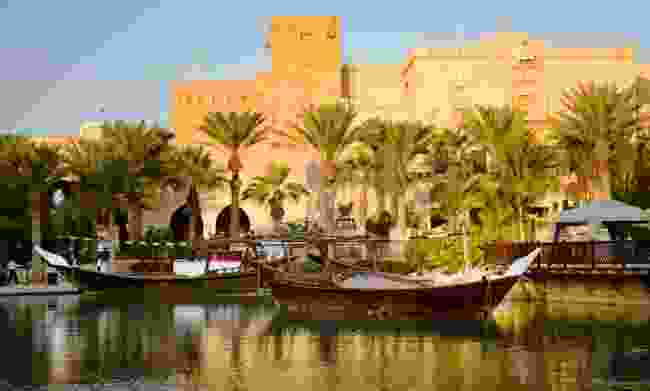 Seeking an alternative to skyscrapers? Head to Al Bastakiya, which is also known as Al Fahidi Historical District, to experience ‘old’ Dubai – all dusty winding lanes and mud-built barjeel (wind towers). It's just by the creek, 25 minutes from the city centre. It’s now an up-and-coming artistic quarter with galleries and studios aplenty; spend the morning exploring, stopping for brunch in the bougainvillea-shaded courtyard of the Arabian Tea House Café.

4. Explore the desert on two wheels

Explore the desert by bike in UAE (Dreamstime)

Move over, camels! These days, serious adventurers are crossing the desert by ‘fat bike’ – a mountain bike rigged up with wide tyres to make light(ish) work of those golden dunes. Only the super-fit need apply to Arooha's fat biking tour, which starts with a guided visit of Mleiha Archaeological Centre. 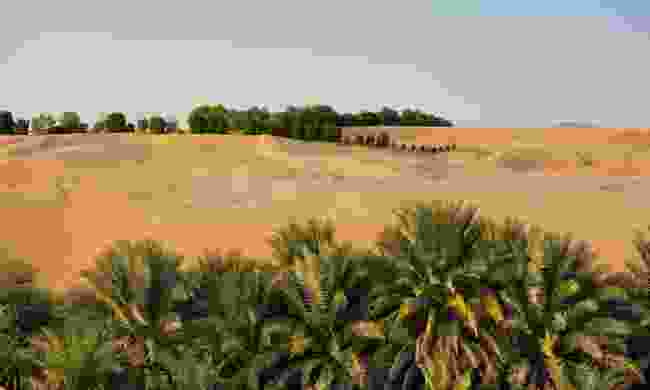 The palms and fruit trees of Liwa rise from the desert like a thirsty traveller’s mirage, just as they have done for thousands of years. Thanks to its groundwater, Liwa prospers despite being three hours from Abu Dhabi city. Spend a day exploring the small fort and date farms, or visit in January to catch the Liwa Sports Festival at Moreeb Dune, one of the world’s highest sand hills. 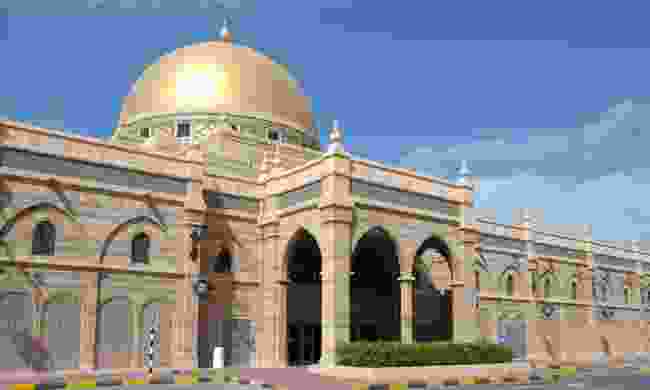 The Museum of Islamic Civilization was once a busy souk, stuffed to the rafters with spices, camels and carpets. Now it is filled with the UAE’s largest collection of Muslim artefacts. Manuscripts, tapestries and photographs bring Islam’s stories and scripture to life, and the souk’s old shops have been transformed into galleries of exquisite religious art. 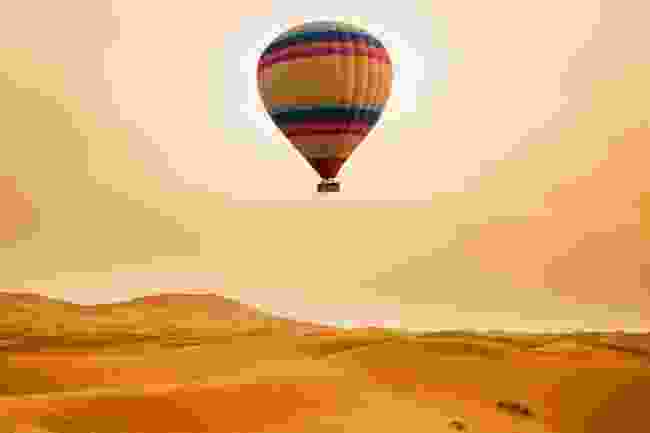 After the hubbub of Dubai, a dawn flight over the desert is the perfect tonic. You’ll rise with the sun over the rippling dunes, spying clusters of camels and grazing gazelles, the silence unbroken but for the burner’s brief roars. On Balloon Adventures’ flights you’ll also be joined by peregrine falcons, which swoop and soar between the baskets. A spine-tingling way to start the day. 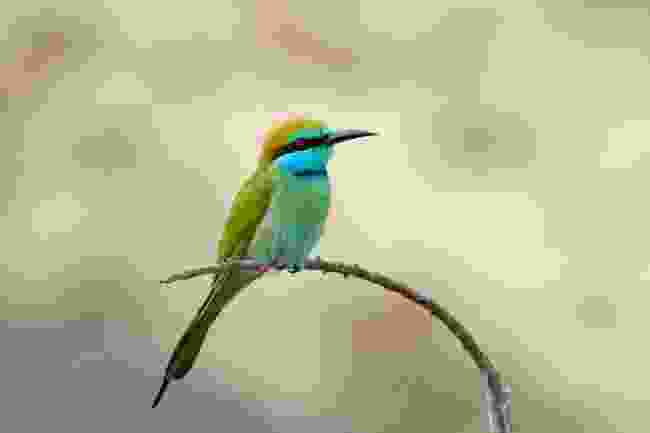 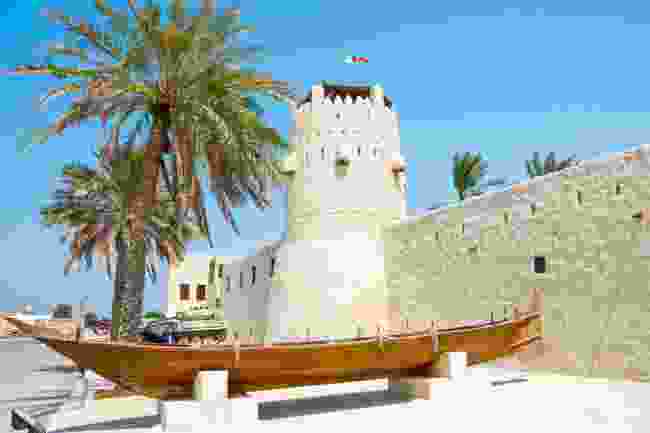 Umm al-Quwain “The UAE has no culture!” is a refrain we’re tired of hearing – it couldn’t be further from the truth. The country has a wealth of cultural institutions, but none quite like Umm al-Quwain’s imposing 200-year-old fortress, which now serves as a museum. It’s full of old artefacts, photos and relics; however, the real buzz is standing atop the stronghold, imaging tribes trying to attack its impenetrable walls. 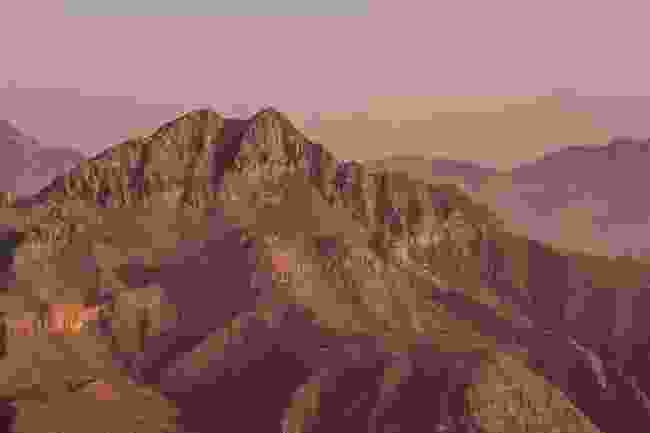 Ras al Khaimah At 1,934m tall, Jebel Jais is the UAE’s tallest peak. Its summit can be reached on a challenging day hike – there are some scrambling sections but this isn’t a technical climb. The rewards are plunging views of a sheer-sided ravine, scooped out of the rugged range like a mini Grand Canyon. Adventurati Outdoor offers small-group and private trips. 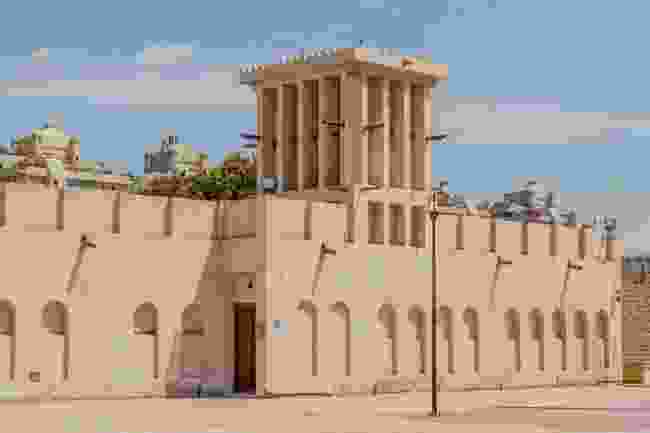 After flying into Dubai International, most tourists head south to the city’s skyscrapers and shopping malls. But venturing north will take you to Sharjah, Dubai’s quiet and traditional neighbour. If it’s culture you’re after, you’ve come to the right place: the old Emirati dwellings of Sharjah’s Heritage Area have been carefully restored, alongside museums and galleries celebrating its oft-overlooked history.

12. Dive beneath the waves 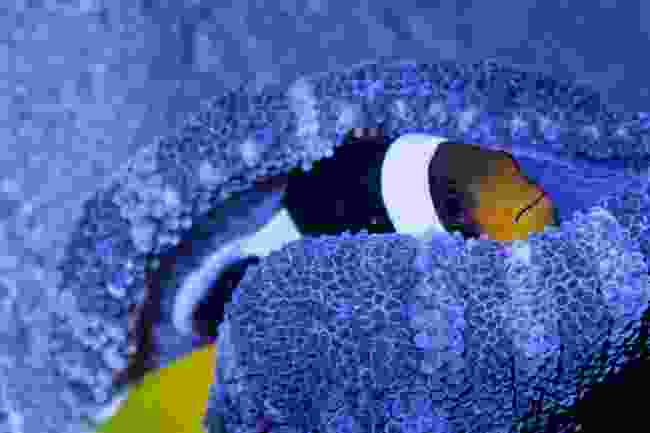 A clown fish in Fujairah (Shutterstock)

The UAE’s east coast is one of scuba’s best-kept secrets: its reefs are thriving and colourful, thanks to the warm currents and minimal coastal development in the Gulf of Oman. There are expansive coral gardens, fascinating wrecks and seahorses, rays, turtles and whale sharks are commonly sighted. Al Boom Diving has a permanent base in Fujairah.

13. Test your head for heights 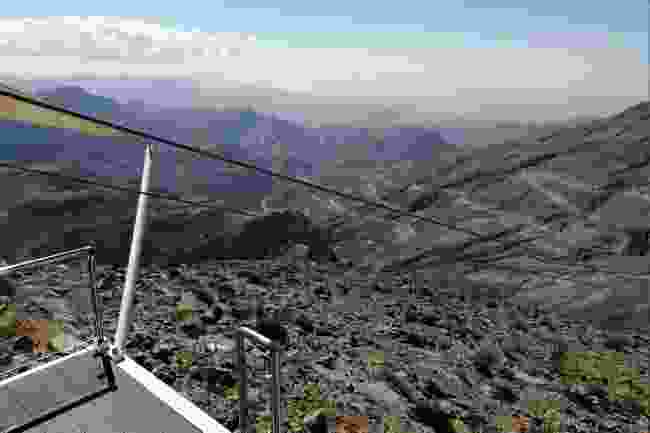 With much fanfare, the world’s longest zipline (measuring 2.83km) opened on Jebel Jais mountain in 2018. But few travellers know that the UAE’s highest peak is also home to a via ferrata route. Away from the squealing crowds, this lofty 1km course traverses sheer drop-offs with knee-wobbling views aplenty. Look out for eagles soaring overhead. 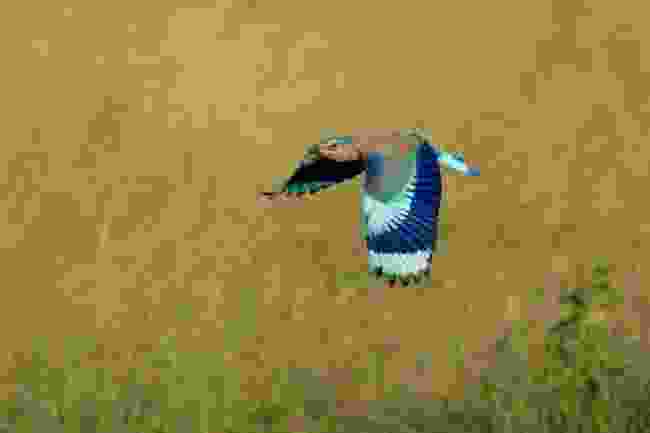 An Indian roller in the UAE (Shutterstock)

Sandwiched between Sharjah’s busy airport and the coast, Wasit Nature Reserve is a true urban oasis – a vital sanctuary for wildlife and city-weary travellers. Its landscape of sabkha (salt plain), sand dunes, mud flats, salty lagoons and freshwater lakes is rich in biodiversity, including 198 species of birds plus small mammals, reptiles and insects. A visitor centre, hides and observation points allow you to take a good look.

15. Make a meal of the Middle East

Dried fruit and nuts in the UAE (Shutterstock)

Dubai is famed for its fancy five-star fare, but the real foodie gems lie in the back streets of its Deira neighbourhood, where Yemeni, Iranian and Palestinian restaurants rub shoulders with Lebanese cafés and Turkish street food. Frying Pan Adventures’ Middle Eastern Food Pilgrimage squeezes 10 (10!) delicious dishes into a four-hour evening walking tour, finishing with coffee and baklava.

Read more about the UAE: