9 things you must do in Sierra Leone

A sense of adventure is required to be tempted by this small West African nation, but Sierra Leone has more for visitors to discover than just its thought-provoking history...

Let’s make no bones about this. A leap of faith and a sense of adventure is required to be tempted by this small West African nation.

Because ever since its foundation in the 18th century by emancipated slaves, Sierra Leone has lurched from one crisis to another, most recently a terrifying civil war and then Ebola in 2014. 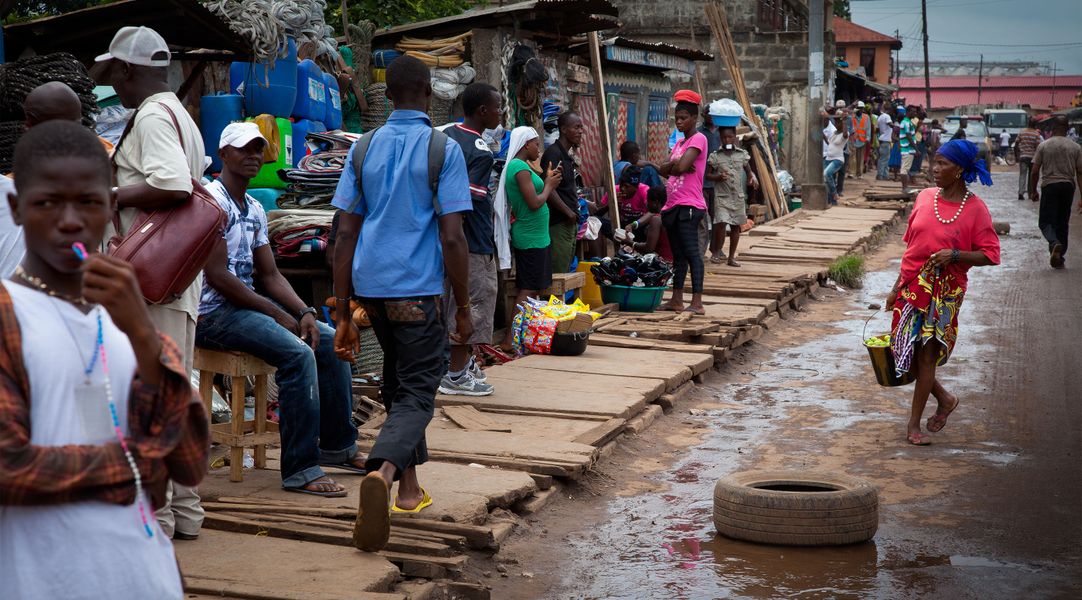 Walk through the streets of Sierra Leone (Shutterstock) 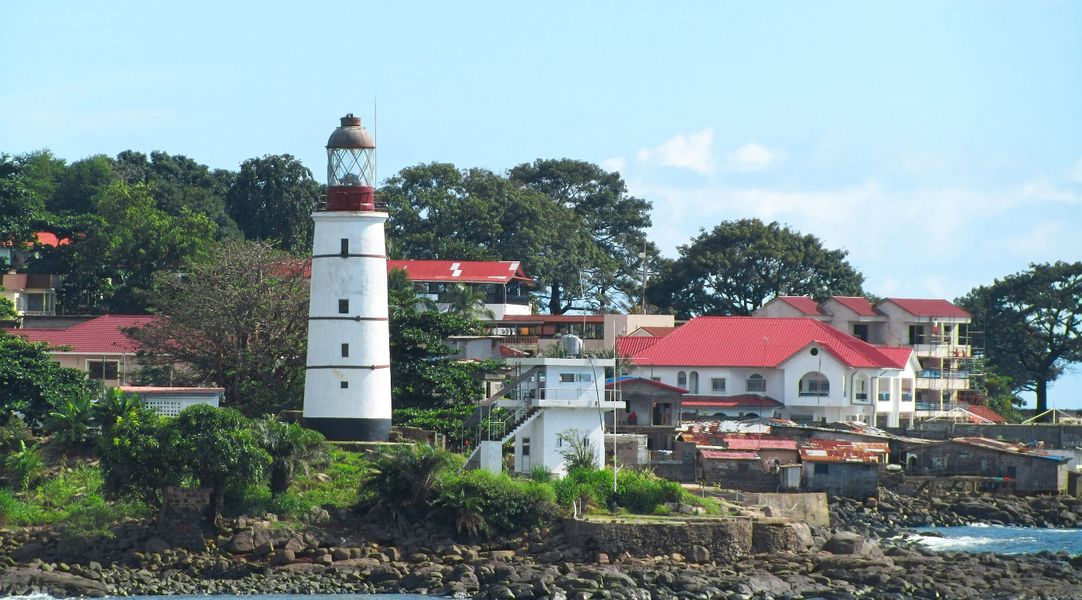 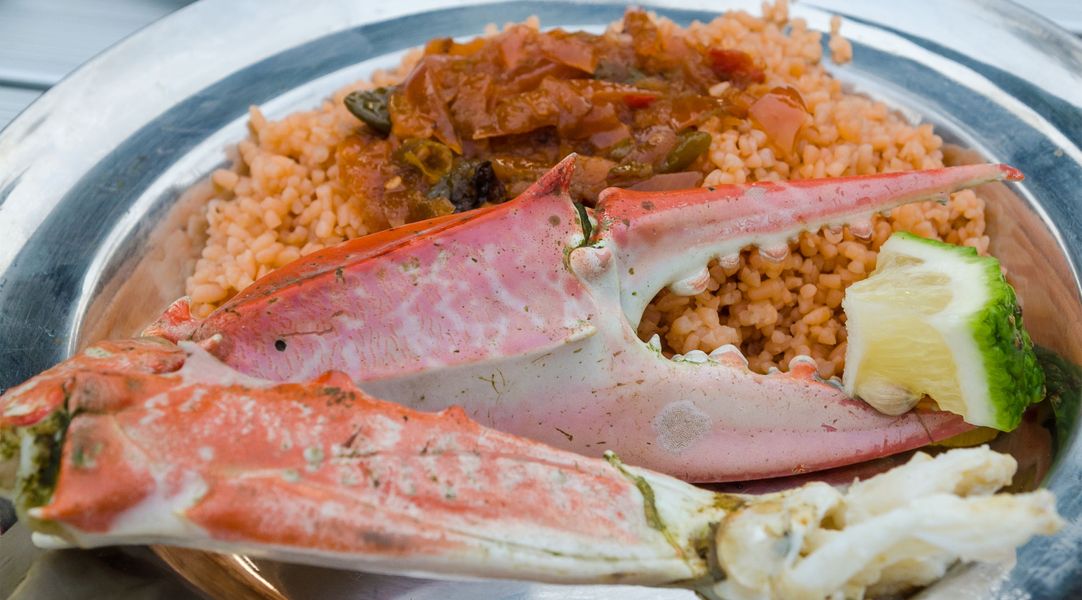 Now completely Ebola-free, Sierra Leone is putting its troubles behind it and looking to develop a better future for both its people and wildlife.

Adventurous pioneers are already discovering the charm and friendliness of Sierra Leoneans, as well as the country's pristine pearl-white beaches. Above all, its architectural legacy of slavery tells a thought-provoking story that goes to the very core of this tropical diamond’s origins.

Here are 9 things you must do while visiting Sierra Leone... 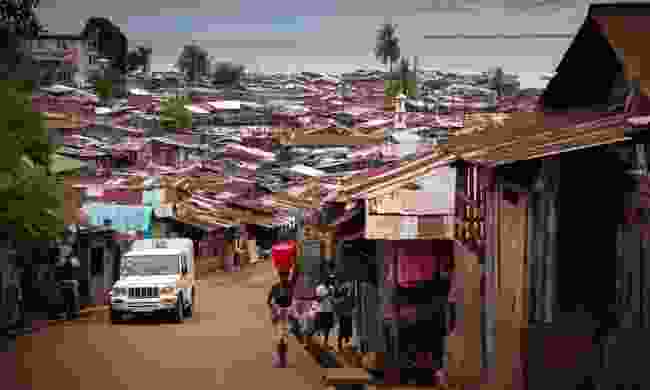 A hillside neighbourhood in Freetown (Shutterstock)

The first returning slaves from London stepped ashore in 1787, yet it would be another five years before a heroic African American called Thomas Peters arrived with emancipated slaves from Nova Scotia to effectively found Freetown.

Hilly and vibrant, Freetown’s relative lack of development has ensured a strong connection remains to its past. Head first for the 400-year-old cotton tree where returning Africans once bartered beneath its boughs at homespun markets.

Nearby is King Jimmy’s Wharf, where emancipated slaves were processed upon arrival, before beginning a new life of freedom. Migrate later to lively Lumley Beach’s restaurant strip for seafood and cocktails as the Atlantic sun sinks. 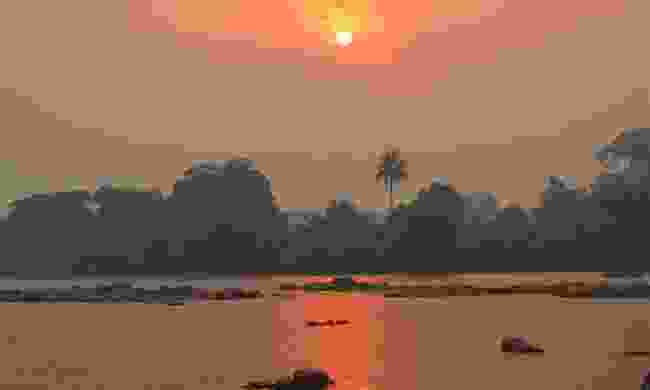 Among a staggering 11 species of primates that can be seen on guided walks through Tiwai Island’s biodiversity-rich rainforest are red colobus, rare Diana monkeys, bush babies and western chimpanzees.

Guests arrive at the island from adjacent Kambamba village, where locals are benefiting from ecotourism. They spend the night under canvas listening to an electrifying-ly noisy canopy.

With some fortune, a canoe trip on the surrounding River Moa may reveal the rare and endangered pygmy hippo skulking along the riverbanks.

3. Discover that diamonds are forever 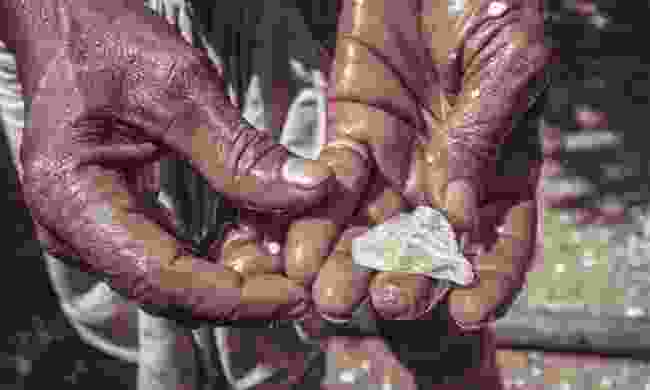 On the hunt for diamonds (Shutterstock)

Sierra Leone’s seemingly inexhaustible supply of these precious stones has been tarnished by their notoriety as the ‘blood diamonds’ that fuelled the civil war.

So, try to arrange a visit to a community mine to learn how local people can actually make a livelihood from them. I visited Bandefaye community mine, where villagers share in the profits of any finds.

Along with having a go at sieving for diamonds it was fascinating to hear how miners pin their families’ hopes and dreams on finding a high-carat diamond.

It's not impossible. In 1972, the 4th largest diamond ever - a 969-carat dazzler called the Star of Sierra Leone - was unearthed in the eastern district of Kono. 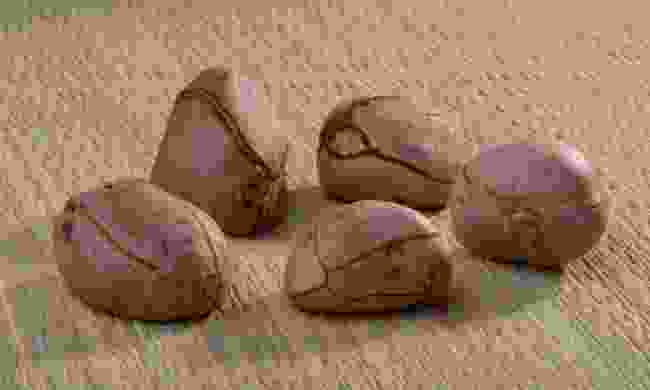 In traditional rural settings, courtesy still dictates that outsiders call upon the paramount-chief to gain approval to visit.

While in the northern town of Kabala, I wished to hike up a sacred hill in the Wara-Wara Range. Before I could, I visited the paramount-chief of the ethnic Kuranko people. I met His Worthiness relaxed upon a wooden throne, handed to his father in 1961 by Queen Elizabeth II.

After exchanging eloquent platitudes, what really seals the deal of mutual acceptance is an endearing West African custom of presenting visitors with a kola nut. They are bitter and dry like sawdust to eat, but take a bite from the nut and watch the nods of approval from your gracious hosts. 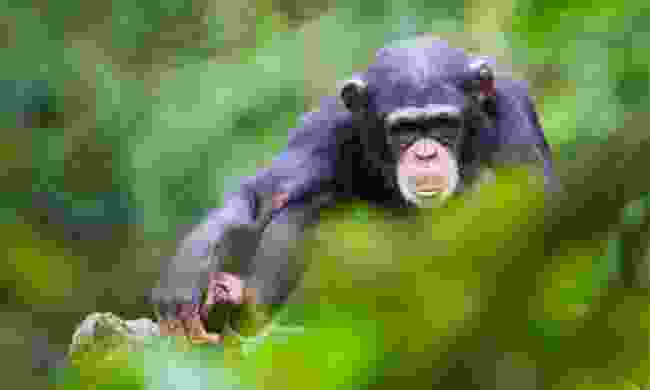 Help save the chimpanzees in Sierra Leone (Shutterstock)

Bushmeat hunting and the poaching of animals for pets is rampant across West Africa, and Sierra Leone’s 5,000 remaining western chimpanzees are under threat.

Tacugama Chimpanzee Sanctuary, however, is fighting back. This popular sanctuary in the hills surrounding Freetown has been taking in rescued chimpanzees since 1988. Orphaned baby chimpanzees are nurtured by human nursemaids, while the adults live semi-wild in a large tract of fenced maturing forest.

The best part? Your visit to the sanctuary contributes to a range of conservation measures, such as providing alternative incomes from ecotourism, to ween communities away from harming our nearest relative in the animal kingdom.

6. Soak up the sun on silky beaches 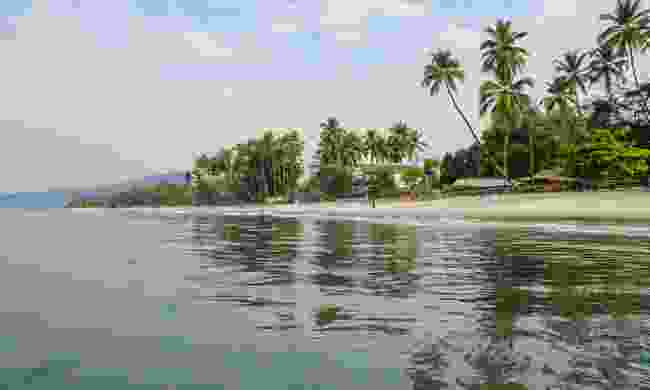 Paradise beckons along a silky Atlantic coastline. Sierra Leone undoubtedly possesses some of Africa’s finest and most undeveloped beaches.

On Tokeh Beach in the west, I kicked up soft porcelain-white sands barefoot and watched fishermen unload brightly-painted wooden canoes in the surf.

Tokeh was once popular with an international crowd in the 1980s, before the war. Now, its fortunes are reviving with the arrival of Sierra Leone’s only five star resort, The Place, which has invested heavily in the local community with jobs, clean water, and educational facilities.

Learn more about The Place 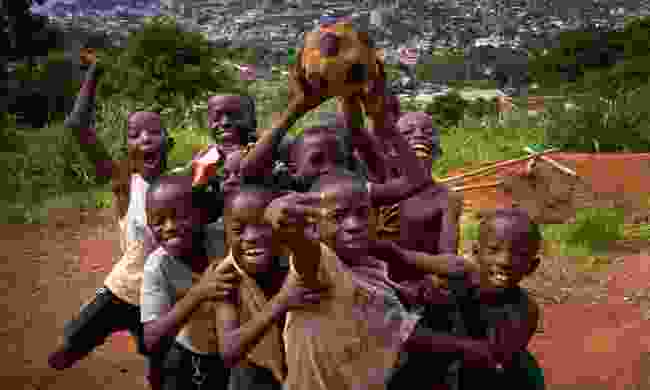 Whether orphaned by Ebola or coming from a poverty-stricken household, a crisis exists for many children in Sierra Leone.

The British NGO Street Child has been present in the country for some years. Since 2012, it has organised an annual marathon in the northern city of Makeni, to fundraise for various invaluable projects, such as creating sustainable livelihoods and developing rural schools.

Brush your running trainers down, and sign up for next year’s race in May.

Learn more about the marathon 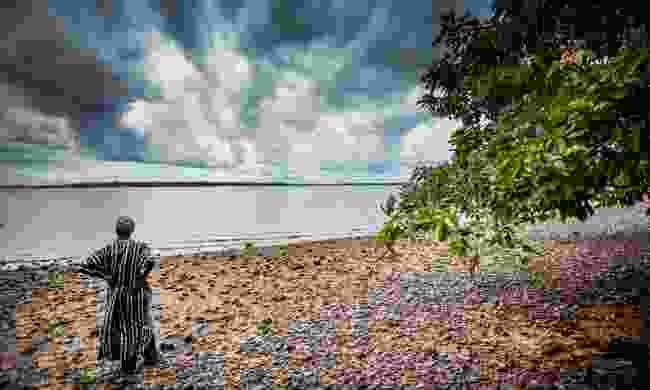 Stepping onto Bunce Island, I sensed the visceral chill of humanity’s darkest moments. At numerous coastal locations are reminders of this iniquitous trade, yet none is more haunting than Bunce Island once owned by British slave trading companies.

Reached by a one hour boat ride from Freetown, Bunce harbours the ruins of a British slave castle. Between 1688 to 1807, it sent 50,000 Africans transatlantic into enslavement.

The Georgian-era redbrick ruins are set among a forest of palm trees on this idyllically pretty island that makes for an unmissable thought-provoking visit. 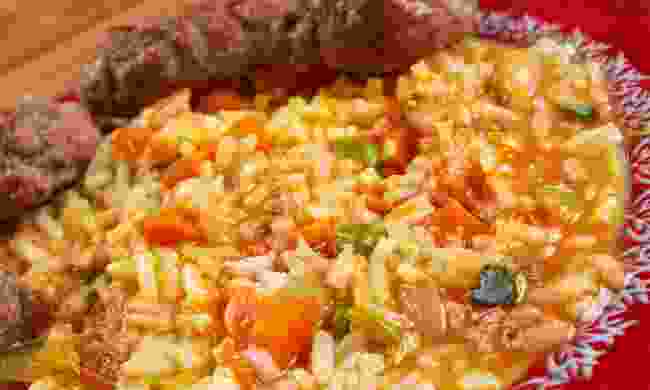 Jollof rice is a favourite dish in Sierra Leone (Shutterstock)

It’s likely your hotel will serve up fried chicken or fish with a great mound of chips, but challenge your palette by tucking into an array of West African dishes at local eateries.

The seafood is diverse and inexpensive, including lobster, and can be washed down with the nation’s favourite lager-beer, Star. Do try the ubiquitous freshly-tapped palm wine known locally as ‘poyo’, too.