5 things you must do in England's Shropshire Hills

Tucked away near the border of Wales, the Shropshire Hills is a designated Area of Outstanding Natural Beauty and one of England’s best-kept secrets. Stan Abbott reveals its top spots

1: A glider flight from the Long Mynd 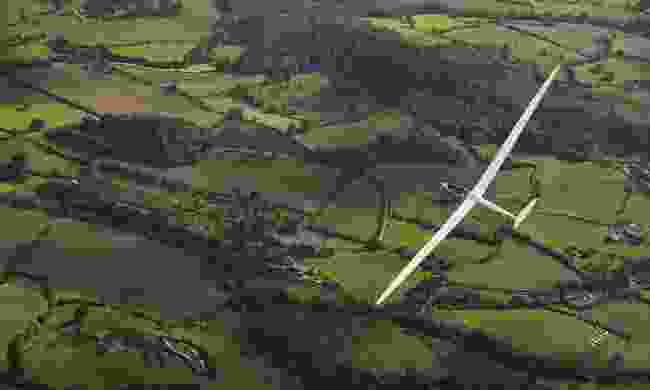 A glider over England (Dreamstime)

The Long Mynd is many things to many people: the first extensive wild upland as you head west from the English Midlands; a paradise for walkers, mountain bikers and geologists; and a haven for wildlife.

The Mynd is indeed both long and high and its north-south orientation not only means it commands fabulous views, but it was also a natural place for the sport of gliding to take off between the First and Second World Wars.

Indeed, the Midland Gliding Club, whose clubhouse gazes from its lofty situation towards Wales, is both the highest and one of the oldest in the UK, and counts pioneering English aviator Amy Johnson among its more famous members.

A great way to get your bearings is a trial flight in one of the club gliders, which will add a few thousand feet more to your vantage. 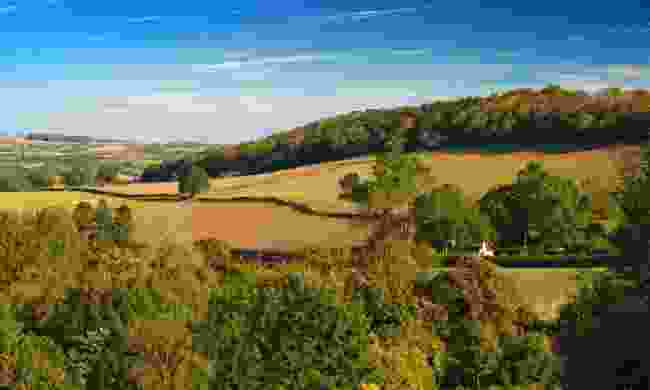 The Shropshire Hills in autumn (Dreamstime)

The Heart of Wales Line Trail is the result of an innovative piece of cooperation between supporters of the wonderful railway line that wends its from Craven Arms, in the Shropshire Hills, all the way to Llanelli, near Swansea, and the train operator, Arriva Trains Wales.

Shropshire’s Rights of Way team worked hard to enable the first 20 miles of the trail, as far as the Welsh border, at Knighton, to fully open last summer – and you never have to worry about how you are going to get back to where you started, because it’s never more than a few picturesque miles from the next railway station.

It’s a delightful walk in two or three easy stages, which takes you through gentle pastures, up and down wooded slopes, and across wide-open commons that gaze down on sleepy villages. You'll find top-class country accommodation at Hopton House B&B and the Baron at Bucknell. 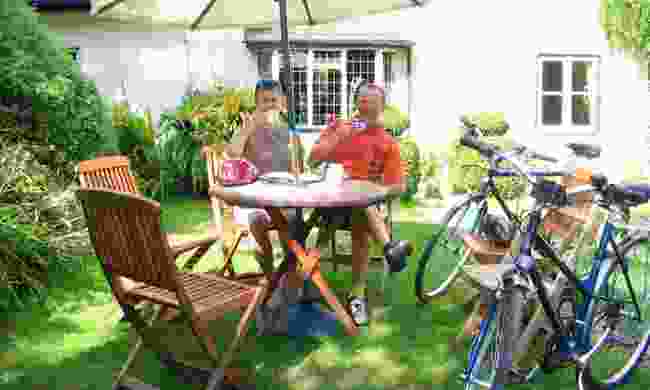 Enjoying a coffee on the Slow Food Cycle Tour (wheelywonderfulcycling.co.uk)

Another innovation in the Shropshire Hills takes advantage of the quiet backroads which connect some of the best places to sample the area’s rich local produce.

Locally-based Wheely Wonderful Cycling has added the six-day Slow Food Cycle Tour to its repertoire, and it is the most relaxing way to potter from pub to pub or stop and laze beside a river, knowing your luggage will be there to meet you at the end of the day.

Ludlow, with its rich agricultural hinterland, boasted three Michelin Star restaurants a few years ago: it may have none now, but the Cliffe at Dinham and the Clive, just out of town, are promising challengers, while the tour visits three other gems: Ludlow’s Feathers Hotel, the Castle (at Bishop’s Castle) and the White Horse (at Clun).

Throw in half a dozen real ales and a vineyard, and what’s not to like? A pine marten in the Shropshire Hills (Stuart Edmunds)

The pine marten is a shy but quite large and handsome predator, related to stoats and weasels. Centuries of persecution led to its presumed extinction in England 100 years ago – until it was caught on camera, in woodland, near Clun, in 2015.

Shropshire Wildlife Trust organises night walks in its reserves at Clunton Coppice and Lurkenhope, near Knighton. If you’re extremely lucky you might catch site of a pine marten, but you’ve every chance of seeing badgers and roe or muntjac deer.

On a clear night, there are several dark sky sites on the Long Mynd from which to gaze at the Milky Way, while by day, buzzards and red kites soaring above you are a constant reminder that these are hills on which nature has the upper hand. Head for the rugged ridgeline at Stiperstones, or the lonely stone circle at Mitchell’s Fold to really get away from it all. 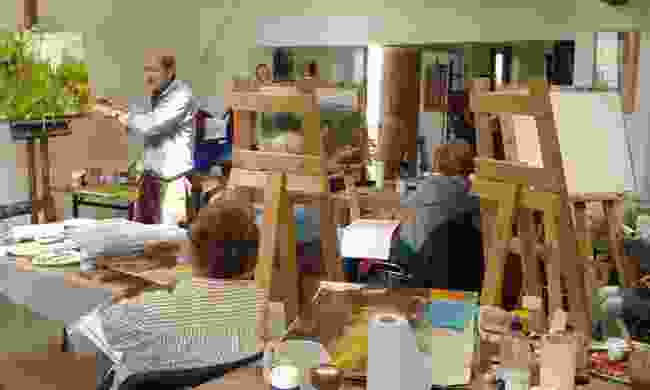 The Shropshire Hills have lured creative types for years: the little town of Clun and neighbouring settlements were immortalised as 'the quietest places under the sun' by the poet A E Houseman in 'A Shropshire Lad'.

More recently, the late Bruce Chatwin was inspired by the area when he wrote his novel, Black Hill. Today you share that inspiration at a creative writing course at the Arvon Centre at the Hurst, former home of the 'angry young playwright', John Osborne, which is tucked away in its own extensive woodland.

Or perhaps try your hand at a choice of arts and crafts courses at Bobby Britnell’s studios in her 400-year-old farmhouse.

With a range of country craft courses at Acton Scott Historic Working Farm and the independent Westhope College, this is a great place to learn something new.

Stan Abbott is a tourism consultant and freelance journalist, specialising in travel.