The kooky old town of Rovinj and its various charms make it one of Croatia's best summer destinations, ideal for day trips and short stays. Here's how to make the most of your time... 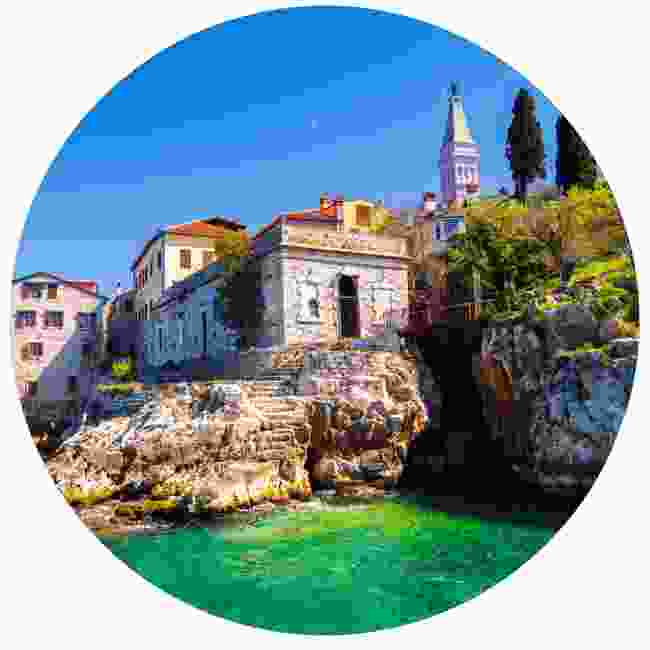 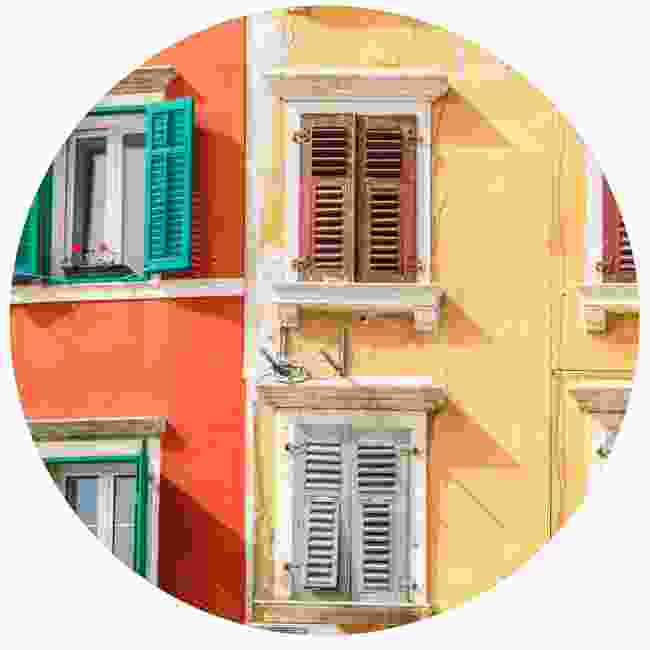 Rovinj is the shining star of Croatia’s Istrian coast. Its deeply dramatic old town presides over its own peninsula in an eye-popping sweep of bright, Venetian-era architecture.

Road signs are still bilingual, with influences from across the Adriatic Sea permeating the culture and cuisine, too. Above all, it's a buzzing town that today is both a historic time-warp and simultaneously a popular visitor resort with all the trimmings.

Here are our top 7 things to do in Rovinj...

1. Check out a church with a view 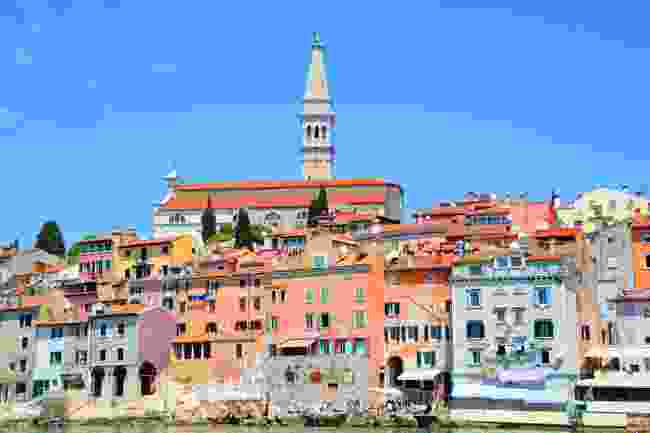 The first thing you must do if you can is hike up to the Church of St Euphemia. This icon of the city stands proud overlooking the town, with epic views of its narrow streets and the sprinkle of surrounding islands.

Named after Rovinj’s patron saint, this grand dame boasts Istria’s tallest belltower, clearly modelled on the campanile in Venice, with the figure of Saint Euphemia sitting proudly at the top. St. Euphemia’s heavily waxed relics can be viewed through a panel in the sarcophagus.

A more recent poignant addition is the wooden altar donated by refugees from the Croatian city of Vukovar, to thank the Istrian people for their help in the aftermath of the Serbian siege in the 1990s.

If you're here in July and August, the Rovinj Summer Festival sees classical concerts grace its lavish interior, too. 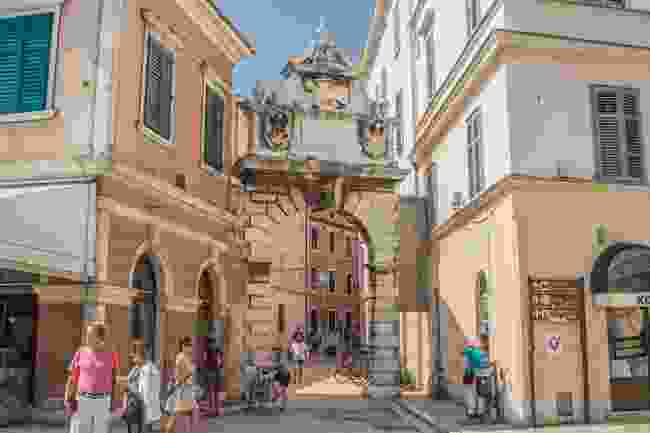 On your way back down from the church, follow the cobbled wind of Grisia. In the 1990s, artists and craftsmen were encouraged to set up little studios and workshops here.

Today, most of the outlets are independent souvenir shops, but there is still some real quality craftsmanship and artistry amongst the tourist tat.

It’s an atmospheric place to flit through the galleries and shops, when it’s not too busy. Bonus: you can often talk to the artists themselves inside.

3. Enjoy the *finer* side of Croatian cuisine 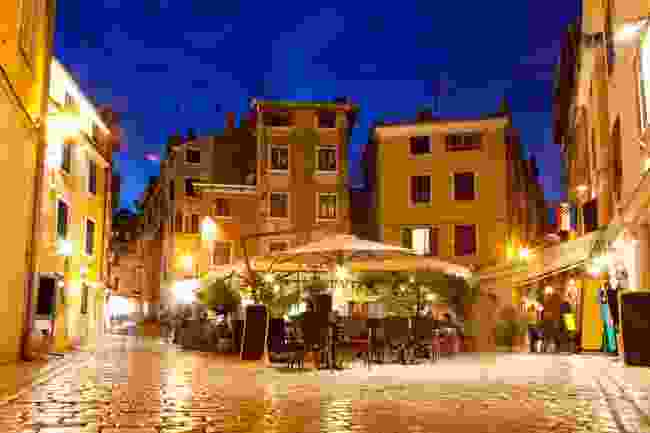 The movers and shakers of Rovinj see the town developing into a 'Croatian St Tropez', so they're firmly behind the ever-improving foodie scene. In addition to the old school konobas (taverns), there are some seriously fine places to dine.

At Monte, the brilliant creativity and immaculate local sourcing has won this old town restaurant a deserved Michelin star, making it one of only four Michelin star restaurants on the Croatia coast.

Kantinon offers the best of both worlds, looking like a smart konoba, but infused with creativity. Make sure to try the local bone-dry Malvazija white wines. Istrian truffles are another delicious delicacy.

If you like seafood, you needn't stray far from Rovinj. Head to the close-by (and impossibly stunning) Lim Fjord, to savour its boat-fresh mussels and oysters. 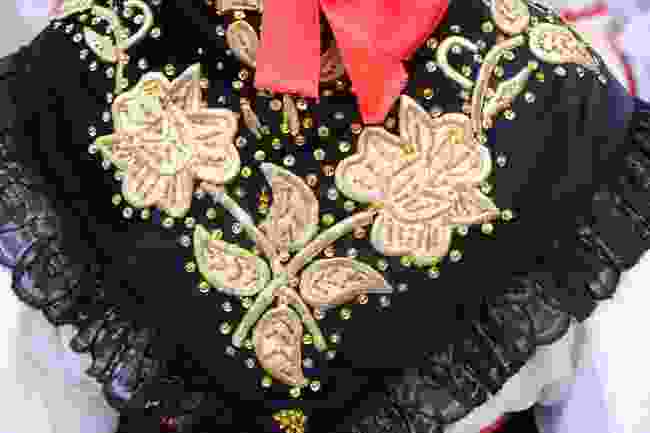 An example of traditional folk dress in Croatia (Shutterstock)

For culture and history, head to Rovinj’s Town Museum, which is housed in a baroque building that is a work of art in itself.

Inside you will find traditional folk costumes, artefacts unearthed from local archaeological digs, plus pieces of period furniture.

There is an impressive art collection, too, ranging from Pietro Mera’s ‘Christ Crowned with Thorns’, through to a number of works by Venetian artists, including Jacopo Bassano and Giovanni Bellini.

Don't forget the avant garde creations by Rovinj’s contemporary painters. Look out for temporary exhibitions, too. 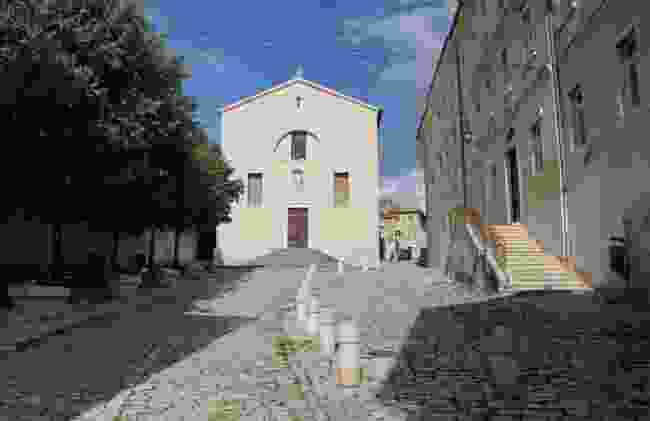 A side view of the Franciscan Monastery in Rovinj, Croatia (Dreamstime)

Many tourists miss the remarkable Franciscan Monastery, located just outside the old town. It was originally consecrated in 1710 and fashioned in a dramatic baroque style atop of a mound.

Highlights include the old library and its museum, which is home to an array of 18th and 19th century paintings – there are over 200 works in total within the monastery. They also have a collection of old robes and other ecclesiastical artefacts. 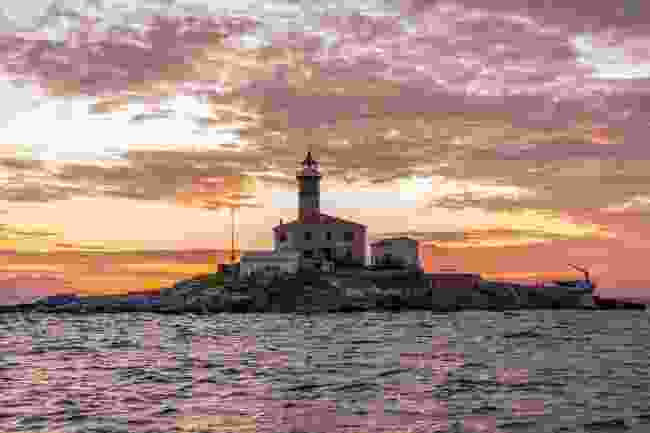 The sun sets over a lighthouse in Rovinj, Croatia (Shutterstock)

Sunsets generally only come in the spectacular variety in this part of the world. The best place to see the sun slip down over the old town peninsula is from the tiny island of Sveti Katarina.

Witness the Church of St. Euphemia and the rest of this striking Venetian–era town explode in a collage of deep reds and burning oranges.

Alternatively take a cushion and sit on the rocks at Valentino’s Cocktail and Champagne Bar (Santa Croce 28) in the old town. The under-lit sea here is a neat, though perhaps not totally environmentally-friendly, touch. 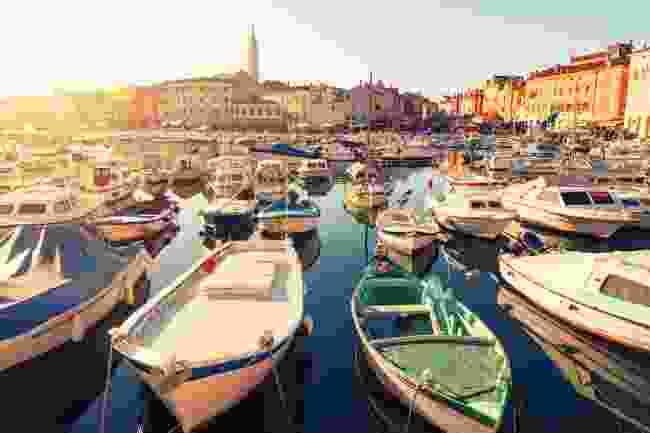 Undeniably, the best views of Rovinj are from the water. There are plenty of boat trip options, but nothing beats easing along on a sea kayak right on the water.

The impressive old town looms before you, looking pretty much like it did when the Venetians held sway.

Local operator Adistra can set you up with a kayak and the gear – they can even show you the ropes if you’re a first timer.

What's so great about Split?

9 unmissable things to do in Zadar