7 things to do in Orlando (that don’t include Disney World!)

From picking oranges on a ranch to paddleboarding among bioluminescence, we reveal seven adventures in Florida that you can’t have at a theme park

1. Pick oranges on a cattle ranch 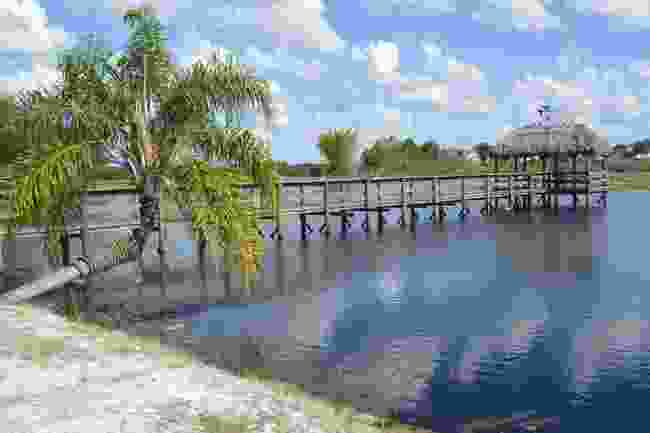 All those UV rays in the Sunshine State mean Florida is known for its oranges, so where better to pick them? Showcase of Citrus is a family-owned and operated citrus and cattle ranch in the hills of Clermont, 50km west of Orlando. The 1,012-hectare site – which is the same size as London’s Richmond Park – grows 50 citrus varieties, from Valencia oranges to kumquats, grapefruit, pomelo and Persian lime.

Once you’ve picked oranges in the orchards, stay for a stroll around the estate to see farm animals, hives, an alligator nursery and a lake with a fishing pier. You can also explore further afield on a Swamp Safari & Eco Tour, on which you’ll spot zebra, water buffalo and ankole-watusi, a distinctive breed of cattle easily recognised by its enormous wishbone-shaped horns. Alternatively, jump in a monster truck – a 3.5 metre high 4x4 with tyres the height of an adult – for a one-hour tour through native woodland and swamps. 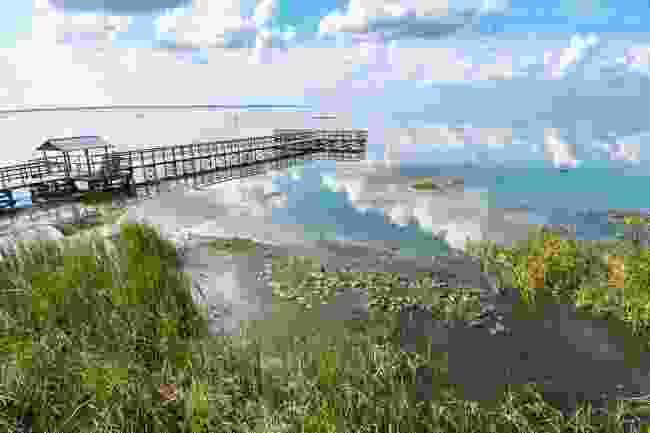 A former railroad, the West Orange Trail is a 35km paved cycle route on the western outskirts of Orlando that skirts around the east side of Lake Apopka, 20 minutes’ drive from downtown. Rent a bike from West Orange Trail Bikes & Blades and set off from Killarney Station. After crossing a restored railroad bridge near Oakland Nature Preserve, you’ll pass through woodland, orange groves and the charming community of Winter Garden, where you can stock up on organic, handmade produce at Plant Street Market. The trail ends in Apopka, although there are plans to extend it another 23km to Kelly Park, which is home to a natural swimming pool and campsite.

If you’re up for a long-distance bike ride, you can also cycle central Florida’s Coast to Coast Connector Trail, a 402km Tarmac route from Playalinda Beach in Merritt Island National Wildlife Refuge, in the east, to St Petersburg in Tampa Bay in the west. 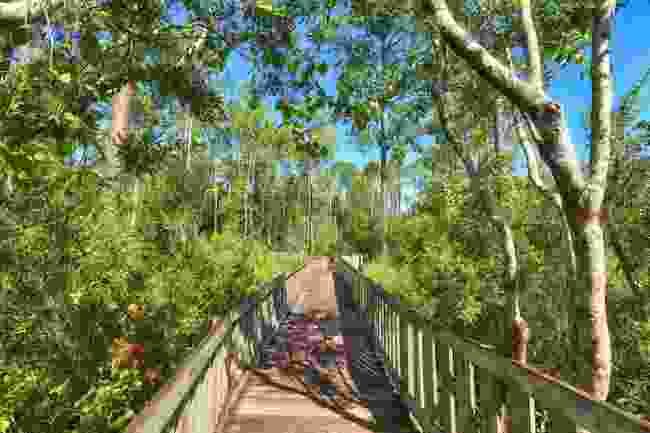 Forget Disney World’s Discovery Island Trails and instead explore Tibet-Butler Nature Preserve, a series of 5.7km connected trails set between Walt Disney World Resort and Orlando. Grab a map from the nature reserve’s visitor centre before setting off on a hike.

Expect a mix of terrain, from boardwalks and footpaths to white sand and boggy forest trails – Palmetto Passage is the wildest route. Oak and pine forests, swamps and native shrubs such as deerberry blooms and winged sumac attract wildlife including osprey and barred owls. Other highlights include a butterfly garden, picnic area and an observation deck overlooking marshes and cypress trees around Lake Tibet. 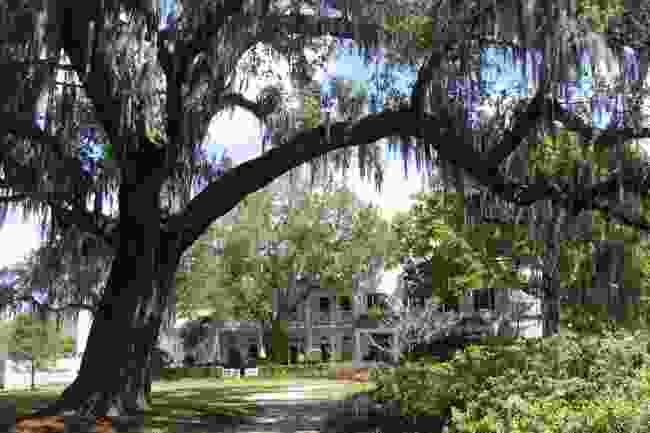 Like much of Florida, Orlando is a patchwork of lakes. Similar in size to London’s St James Park, Leu Gardens is a 20-hectare botanical garden set on the shores of Lake Rowena. In summer, visitors can stroll around its formal rose garden and see frangipani and hibiscus, while pink floss silk blooms in autumn. The colder months are the best time to see an extensive camellia collection, as well as the appropriately-named pink ball tree, beautyberry and powderpuff, while azaleas flower in spring.

Whichever time of year you visit, you can stroll a 5km route, visit a butterfly garden and explore Leu House Museum, a restored family home built in 1858 when the land was a cotton, corn and sugar cane farm. The garden also hosts regular art exhibitions, including a permanent one by a naturalist.

5. Take a boat trip through wetlands 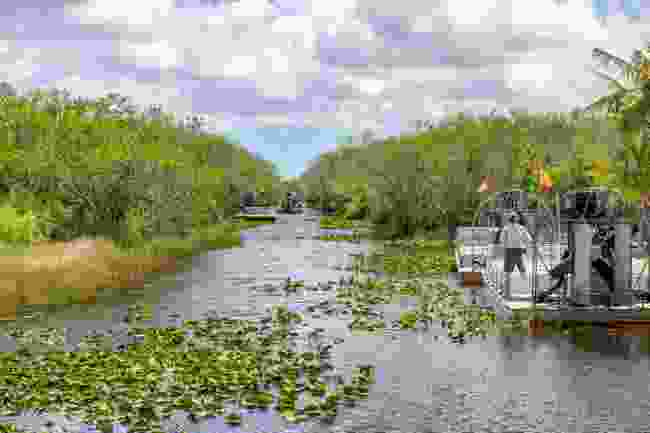 How does gliding past alligators sound? Boggy Creek Airboat Adventures hosts daytime, sunset and night tours through Florida’s swamps on its fleet of 12 airboats. The flat-bottomed boats – which are commonly used in shallow water and marshland – are powered by propellers and can hurtle through wetlands at 80 km ph. Once you’ve slowed to a chug, keep an eye out for snakes, turtles and alligators. Look out for eagles and osprey flying above the cypress trees, too.

With more time, you can also take a boat trip to a 21m deep gem mine or visit a Native American village, where you’ll meet members of the Jororo tribe and learn how they survived in the swamps by hunting alligators with traditional techniques. 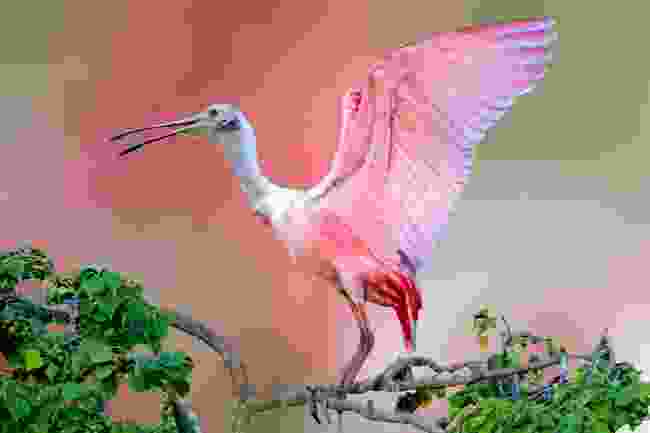 The Great Florida Birding and Wildlife Trail is actually a network of 510 wildlife viewing sites across the state, which include Tibet-Butler Nature Preserve and Leu Gardens (above). Twitchers may spot up to 360 species, some of which are resident all year round. Spring and autumn are the best time to see migrating birds, while winter brings painted bunting – named, no doubt, because the male’s plumage resembles a painter’s palette.

At coastal sites, look out for bald eagles, the orange-beaked black skimmer and roseate spoonbill, its plumage the colour of pink gin. Freshwater sites meanwhile attract sandhill crane and purple gallinule, its feathers as turquoise as the lakes it flies over. Look out too for spreadwing skipper, gossamer wing and swallowtail butterflies. 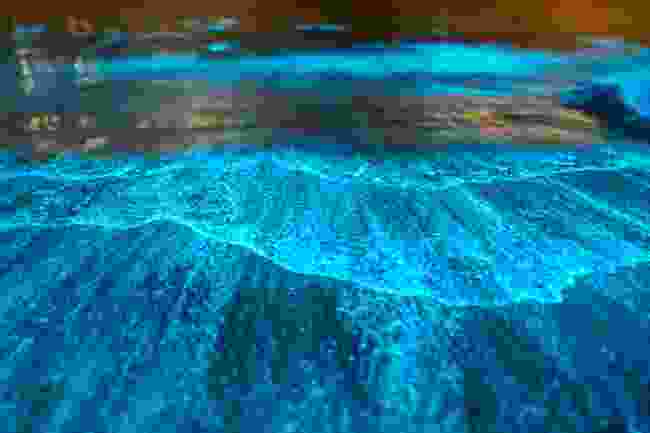 Epic Paddle Adventures hosts two-hour guided tours on paddleboards to Horseshoe Crab Island, a speck of land set within the Indian River Lagoon, 82km east of Orlando. Once the sun goes down the stars come out and you’ll spot flying fish and bioluminescence – light emitted from organisms – which makes the water beneath you glow neon blue.

Wanderlust's ultimate guide to the wildlife of Florida