Fit for royalty! 8 things to do in Windsor

Home to picturesque countryside walks, irresistible gastropubs, and a castle fit for royalty, Windsor offers a taste of British tradition. Make the most of your visit with these must-do activities...

1: Be wowed by the castle 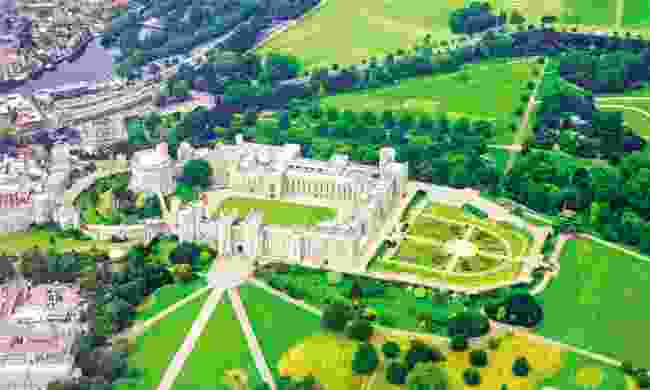 As you approach Windsor from any direction, there is one iconic site that dominates the skyline. Windsor Castle, the largest and oldest occupied castle in the world, was built by William the Conqueror in 1070. Since then, 39 monarchs have lived there over the years, including Queen Victoria, who made it her official residence. Today’s Queen uses it as her weekend home, but has spent increasing amounts of time there in recent years. Look out for the Royal Standard flying above the castle, which indicates that Her Majesty is at home.

The castle is open to visitors year-round, and you can generally get to see the State Apartments (unless they are in use), the Drawings Gallery, Queen Mary’s Dolls House and St George’s Chapel (unless a Royal Wedding is taking place!). Admission costs £21.20. 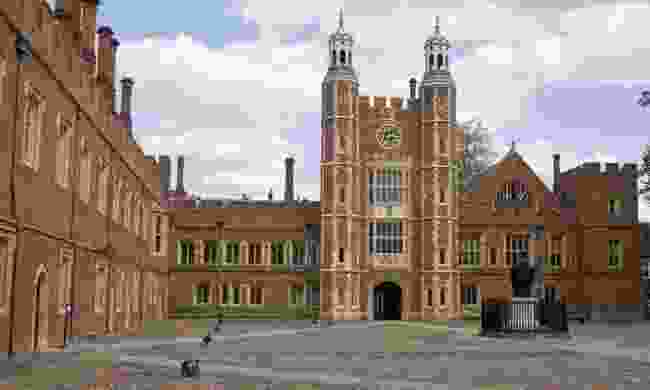 Just the other side of the river to Windsor, the tiny town of Eton packs a mighty punch as numerous politicians and other public figures attended its famous school, Eton College. Indeed Prince William and Prince Harry both schooled here, and usually managed to avoid the attentions of the gaggles of tourists seeking them out, as every other Eton boy looked just like them in their distinctive uniform of black tailcoats.

The school dates back to the 15th century, and was founded by Henry VI. The fact that it had an impressive chapel and was on the main highway from London to Bath, made the town a popular place for both pilgrims and for breaking a journey. Not surprisingly, it still has several pubs, but reputedly had many more. The college can be visited on Friday afternoons, and its three museums on Sundays. For further insight, visit when the school holds its Community Fair in September.

3: Stroll along the Long Walk 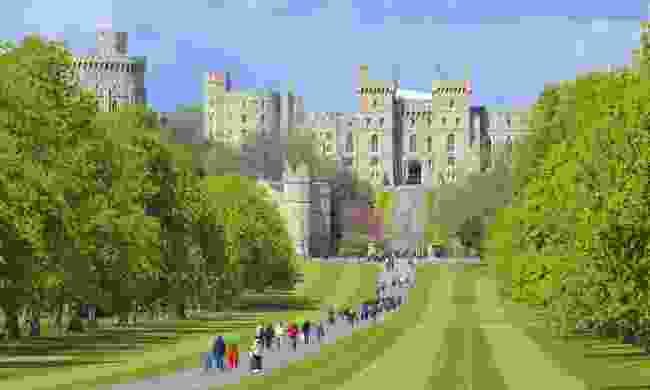 Views of the Castle from the Long Walk (Dreamstime)

Running just under three miles from the castle into Windsor Great Park to Snow Hill, the Long Walk is lined by a magnificent avenue of trees. At the castle end the grass borders are popular with picnickers, dog walkers and people having their wedding photos taken.

A few hundred yards down, an entrance leads to Frogmore House – a royal retreat that has proven popular with Harry and Meghan. It is where they had their engagement photos taken and where they will hold their wedding reception. It is only open to individuals on three days of the year, although tour groups can pre-book visits in August. In the beautiful grounds is the mausoleum in which Victoria and Albert are buried.

Carry on along the Long Walk, crossing the road which bisects it, and you enter the deer park, before arriving at Snow Hill and the George III statue – known locally as the Copper Horse. On a clear day, you get a view not just of the castle itself, but of Heathrow Airport, Wembley Stadium and the Shard. 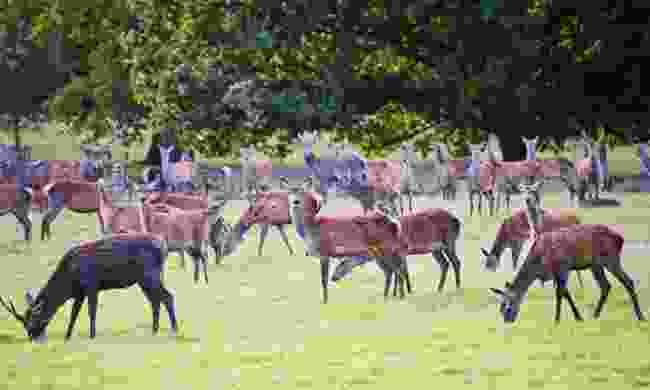 Explore beyond the Long Walk and you’ll find plenty of room for a leg stretch and outdoor adventure in the 5,000 acres of Windsor Great Park. The far end of the park contains The Savill Garden, Valley Gardens, and Virginia Water, while herds of deer and magnificent trees can be admired in the deer park nearer to Windsor. A left turn from the Copper Horse will take you to Bishops Gate and the Fox & Hounds pub, which serves up locally brewed ale.

As an alternative, from Eton, you could walk through the large flat meadows that adjoin the river, starting with the one known as the Brocas. If you make it all the way to the village of Dorney, pop into Dorney Court to admire the beautiful house which has featured in countless films and TV series, and have refreshments at its lovely garden centre. Alternatively, in the village itself, you’ll find the popular Palmer Arms pub, with a suntrap garden and extensive menu.

5: Dine at a traditional gastropub 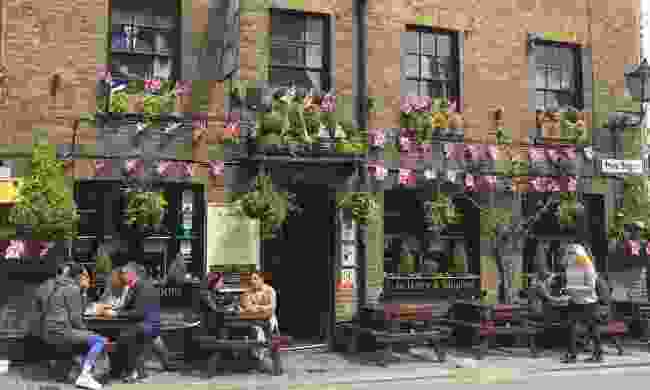 Many of the pubs offer a selection of appetising and traditional pub grub dishes, most notably The Two Brewers. While Bel & the Dragon near the Windsor/Eton bridge has an enticing modern British menu. A short walk along Eton high street takes you to Gilbey’s, which is an elegant and reliable choice.

You can span the globe with Windsor’s other delectable restaurants: Sebastians has authentic Italian food and good pizzas; 1423 China Kitchen has a far-ranging menu of Chinese specialities; family-run Al Fassia has excellent and good value Moroccan cuisine, while nearby Marmara is winning fans for its Turkish dishes. Of the chain restaurants, Côte has the best location, overlooking the river on the Eton side of the bridge.

A short taxi ride away, is the food Mecca of Bray, best known for Heston Blumenthal’s The Fat Duck and Alain Roux’s Waterside Inn. 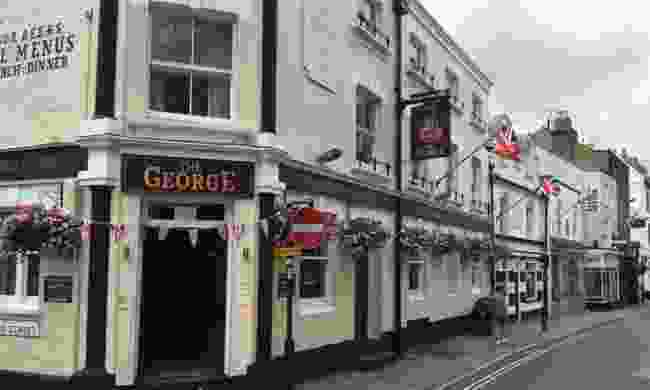 The George pub, Eton (The George)

Both Windsor and Eton are stuffed with pubs, so there’s no excuse to go thirsty. The George in Eton is owned by excellent local Windsor & Eton Brewery, so you are guaranteed good beer. The Boatman has a terrific location on the river, which can be best enjoyed from its large terrace. The Queen Charlotte is situated in the cobbled streets, next to the castle, and offers over 100 different gins, as well as good wine and beer.

But our pick is the Two Brewers on Park Street, next to the entrance to the Long Walk. What it lacks in size, it makes up for in character. Note, no kids are allowed, but well behaved dogs are, and if you want to eat there, you are strongly advised to book in advance. 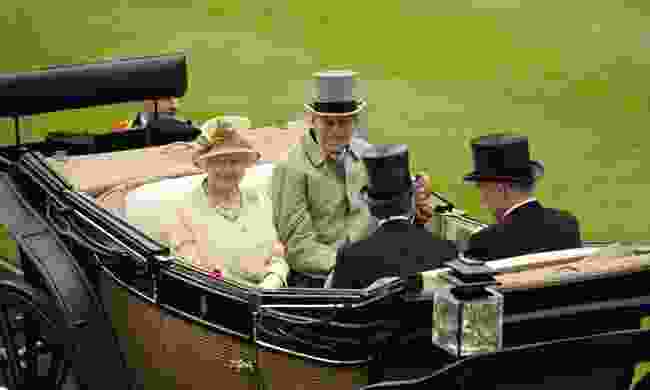 Windsor Castle was very much home to the Queen and the late Prince Philip. A flag is always flying over the castle; if it’s the Royal Standard, it means Her Majesty is at home, otherwise it will be a Union Jack. Hanging out in Windsor, you will eventually get to see the Queen and other royals, but often when least expected. Sharp eyed folk sometimes spot her out horse riding in the early morning. If you are on the Long Walk and see a vehicle approaching, take a peep just in case.

Times you can be guaranteed to see the Royals include at Windsor Horse Show, held in the private grounds of Windsor Castle each May, and in Royal Ascot week (June), when the Queen leaves and arrives back via the Long Walk each day. 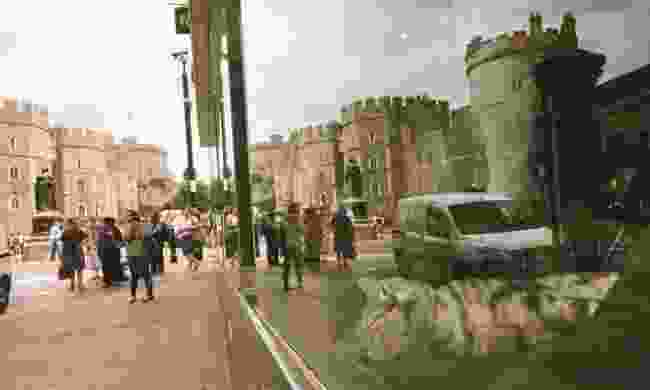 Dexter the cat napping in a shop window (Amanda Bryett)

Given both its beauty and its convenient location to London, airports, and motorways, perhaps it is no surprise that Windsor is packed with celebs. Elton John lives just outside of town, on the edge of Windsor Great Park. As does his near neighbour, radio presenter, Chris Evans. Fashon designer David Emanuel (yes, him of Princess Diana's wedding dress fame) has a home in Windsor, as does American-born conductor Carl Davis. A-list actress Anna Friel lives just down the road, in the heart of town, as does her ex husband, David Thewlis. Actors starring at Windsor Theatre Royal are often spotted in the shops and pubs.

However, ask a Windsorian who the biggest local celebrity is, and they will argue it is Dexter the cat. Despite a loving home, this beautiful Silver Bengal Persian cross, is a regular in many of the town’s shops (usually curled up in the window), but also goes on patrol with the local police, and pops into the theatre and the castle.