9 things you must do in Panama

Home to one of the world’s greatest engineering achievements – and the most diverse habitats on earth – Panama is a Central American surprise. Expect wildlife, deserted Caribbean islands, and more...

1. Hang out in Casco Viejo 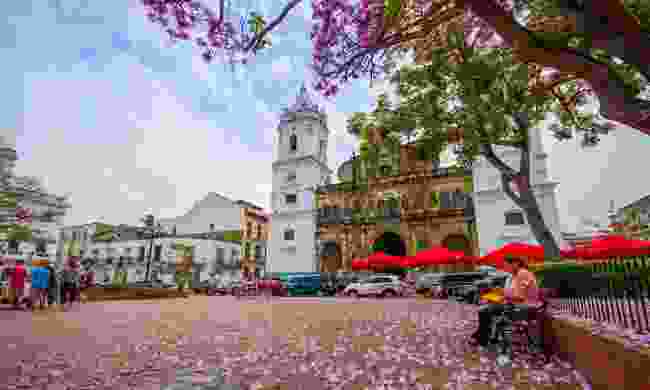 Casco Viejo is the historic quarter of the capital, Panama City. It's a charming labyrinth of cobbled streets and colonial buildings – some restored, some in disrepair – first settled after the notorious pirate Henry Morgan razed the rest of the city in 1671.

Set on the southwestern tip of the city, overlooking the Pacific entrance to the Panama Canal, it was declared an UNESCO World Heritage Site in 1997.

Today, it is the hip part of town, the place where you’ll find the coolest restaurants and bars as well as the city’s most elegant boutique hotels. Walking the streets here is a real joy, each turned corner revealing an authentic snapshot of daily Panamanian life or a quiet, cobbled square, unchanged in centuries.

You’ll find some of the city’s finest buildings, too, including Palacio de las Garzas, the official residence of the President of Panama, and the imposing La Catedral Metropolitana, the city’s most important Catholic church.

2. See the Panama Canal at work 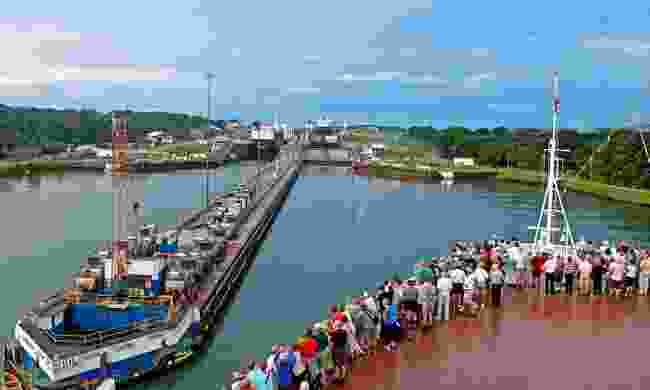 One of the modern world’s greatest engineering feats, the Panama Canal cuts through the narrow Isthmus of Panama. It connects the Atlantic and Pacific oceans, cutting 8,000 nautical miles from a journey from the east coast of the US to the west.

Close to 15,000 vessels pass through the canal each year, and ships across the world are designed to make sure they can fit through its massive locks.

The best introduction to the canal is a visit to the biggest of those locks, Miraflores. Just a short trip from Panama City, it’s a great place to watch a huge commercial lock in action. And the attached visitor’s centre features an interactive museum, set across four floors, explaining the history of the canal, how it operates and its impact on the local ecology.

3. Search for starfish and sloths in Bocas del Toro 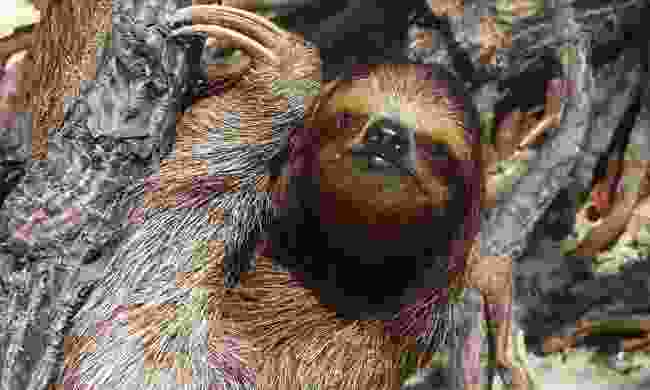 Bocas del Toros is a chain of islands off the Caribbean Coast of Panama, not far from the border with Costa Rica. Blessed with beautiful beaches, a diversity of flora and fauna and a distinctly laid back Caribbean vibe, it is a popular spot with travellers keen to surf, snorkel, kayak or just simply hang out.

It is also a great place to see everyone’s favourite Central American, the sloth. One island in the archipelago has been set aside as a sanctuary for sloths - a boat trip around the island and through the mangroves rewards visitors with plenty of opportunities to spot them.

Similarly, Hollywood Beach, a short bus ride from Bocas Town, is famous for the sheer volume of starfish resting on the seabed under the incredibly clear water. Other locals worth seeking out are the tiny red dart frogs and the turtles swimming about the coral, just off shore.

4. Make like Robinson Crusoe on the San Blas Islands 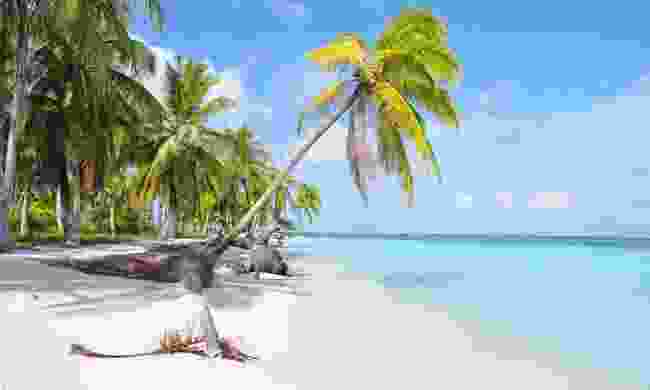 A beach on the San Blas islands (Shutterstock)

The San Blas islands are a chain of 378 picture perfect islands, only a handful of which are inhabited, set in the azure Caribbean Sea.

The only way to get around them is by sail boat and accommodation is rudimentary at best. Run with great autonomy by the local Kuna people, mass tourism has been held at bay. Chances are you’ll have a sugar white, palm fringed beach pretty much to yourself.

One of the best ways to experience the islands is to stay in one of the eco-friendly camps run by the Kuna. It’s a great way to get into the rhythm of the islands and understand the Kuna and their culture. That untouched paradise you’ve been looking for is right here. 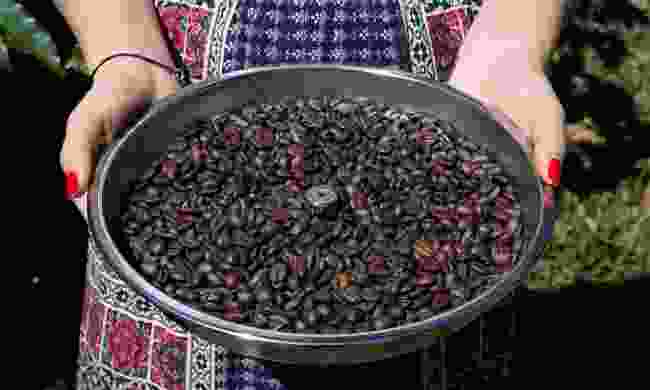 A tray of freshly roasted coffee beans in Boquete (Shutterstock)

Sitting beside the Caldera River in the Chiriquí Highlands in western Panama, Boquete feels like a world apart from the rest of the country. Sitting in the shadow of  Volcán Barú, it’s cooler here, the vegetation thicker, the flowers more colourful. It’s also the perfect place to grow coffee.

You could just sample the local brew at one of the many cafes in town. Maybe even try the local geisha coffee, a uniquely floral-tasting coffee bean, originally from Ethiopia, that has flourished in Boquete.

But real caffeine aficionados will want to take a tour of the many coffee plantations that surround the town. Finca Dos Jefes is arguably the most famous plantation in Boquete, and offers personalised tours explaining its traditional organic farming techniques.

6. Discover the Panama Canal’s wilder side 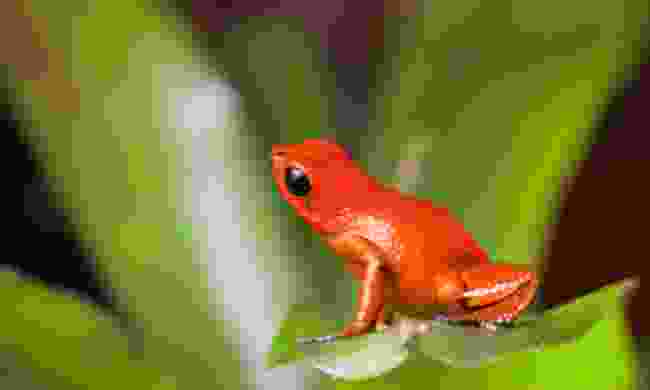 It’s true – the Panama Canal is one of the world’s busiest waterways. But it is also surrounded by vast swathes of untouched jungle, teeming with wildlife and home to indigenous tribes.

You can get a glimpse of this incredible landscape on a Panama Canal transit cruise, especially when the waterway widens into Gatún Lake, but a closer encounter is much more rewarding.

Like a kayak tour of the canal, for example. Paddle some parts of the canal and you’ll be able to spot sloths, as well as capuchin and howler monkeys crashing through the foliage. The Panama Rainforest Discovery Center has hiking trails and an educational centre as well as an observation tower, a great place to spot toucans.

The canal is also home to the Emberá and Wounaan communities. Village tours offer the chance to visit small riverside communities and experience their cultures first hand. There are houseboats too, offering you the unique opportunity to spend the night on Gatún Lake, watching the lights of passing ships in the distance and the glowing eyes of caiman up close. 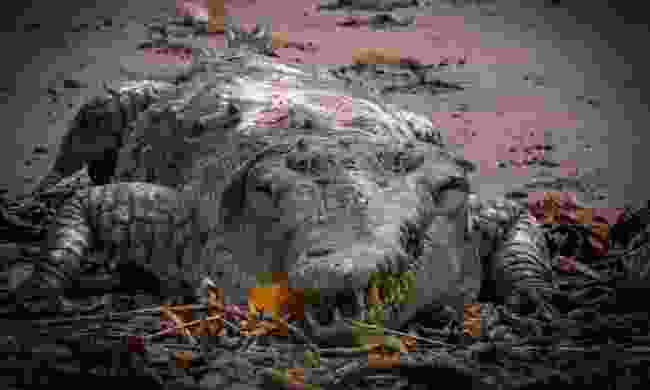 Once a penal colony, Coiba Island is now part of a national marine park off Panama’s Pacific coast - and is regarded as one of the most biodiverse in the world.

Recognised as an UNESCO World Heritage Site in 2005, the island and the waters that surround it are home to two dozen species of whales and dolphins, several species of turtles and crocodiles, 15 species of snakes and a myriad of birdlife.

Most visitors to the park base themselves at Santa Catalina, although there is some rudimentary accommodation available on Coiba Island itself. Divers should head to Bahia Damas Reef to see manta rays, whales and hammerhead sharks. The reef off the small island of Granito de Oro is perfect for snorkelling.

Keep an eye out for Coiba Island’s most famous resident, Tito the crocodile. He is often spotted sunning himself on the beach, but take care. He gets a little snappy!

8. Say a prayer at the gold altar in Iglesia San Jose 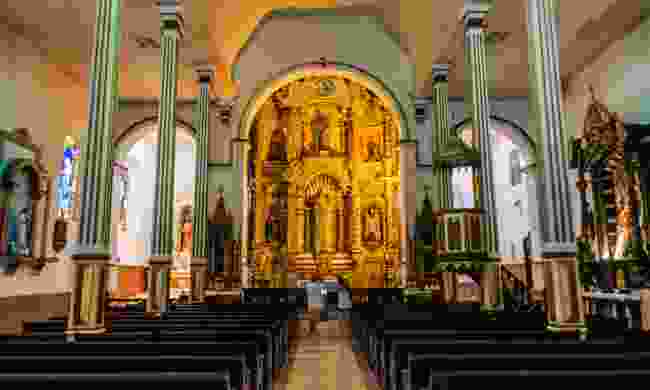 The glittering gold alter in the Church of San Jose in Panama City’s old quarter has quite a tale to tell.

Originally installed in a church in Panama Viejo, it was painted black by Jesuit priests so it didn’t catch the eye of the notorious pirate, Henry Morgan, when he rampaged through that settlement in 1671.

In fact, when Morgan asked where the gold alter had gone, the priest told him it had been stolen by another pirate and convinced him to make a donation to fund a new one.

The altar was moved to its current location in 1675, a rather plain church, tucked away down a nondescript street. It dominates the equally plain interior, dazzling the eye and drawing worshippers to it like a moth to flames.

9. Learn about biodiversity at the stunning Biomuseo 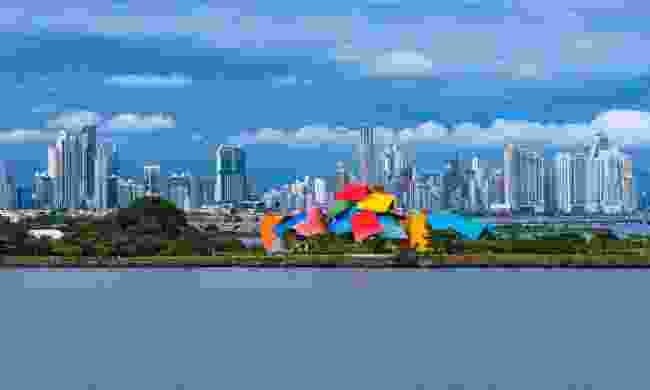 The Biodiveristy museum in front of the Panama City skyline (Shutterstock)

Designed by internationally renowned architect, Frank Gehry, the breathtaking Biomuseo is the first biodiversity museum in the world.

Located at the end of the Amador Causeway in Panama City, facing the Pacific Ocean at the entrance of the Panama Canal, this brightly-coloured, geometric jumble houses a variety of exhibitions detailing Panama’s unique environment and the incredible biodiversity it holds.

Its focus, of course, is on the natural history of Panama. The isthmus was formed recently, in geological terms, and features flora and fauna from both the north and south American continents.

Backed by the prestigious Smithsonian Tropical Research Institute, it is a great place to better understand the country's waters, forests, and other natural resources. The Biodiversity Park that surrounds it is designed to be a living extension of the museum’s architecture, exhibits, and programs.