9 extraordinary things you must do in Nepal

Epic Himalayan vistas, golden temples and jungle wildlife watching – Nepal is one of the world's iconic travel destinations. Here’s your fast track to getting the most from this truly amazing country...

1. Trek in the mighty Himalaya 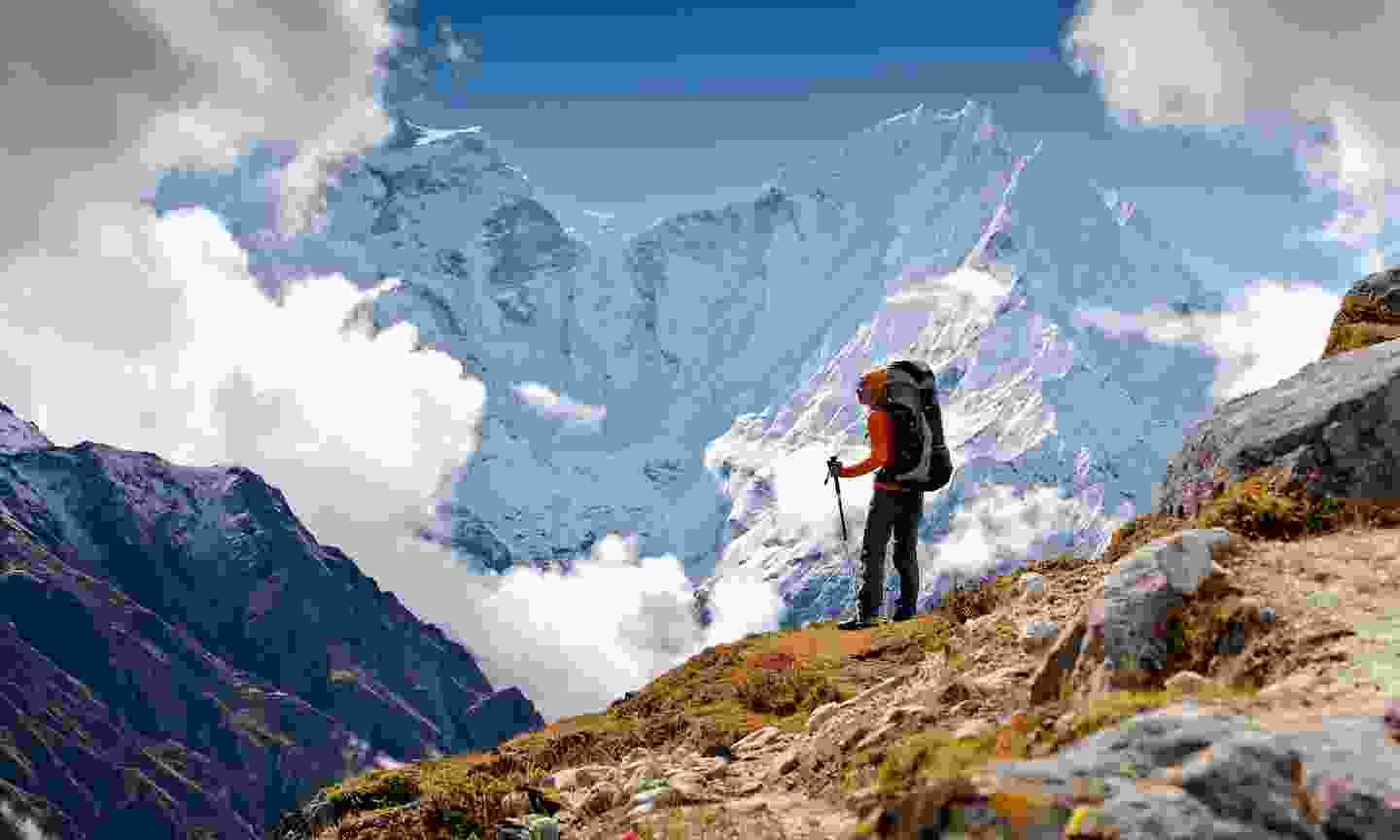 Trekking in the Himalaya (Shutterstock)

Nepal is synonymous with trekking and for good reason. The mighty Himalaya offer challenges and the scenery. The people provide the extraordinary generosity and hospitality. And the local culture adds a dash of colour and exoticness you won’t find anywhere else in the world. From the lush forests of Helambu to the desolate peaks of the Upper Mustang, there’s a real diversity to the treks as well.

It also helps that there are treks to suit every taste and every level of fitness. A trek to Everest Base Camp tops many people’s bucket lists, but a gentle ‘teahouse’ trek can be just as rewarding, bringing you into contact with the locals who use these trails as part of their every day lives.

Treks are available in every corner of the country, with the Mount Everest Region, Annapurna Region and Kathmandu Valley the most popular. If you’ve got 160 days to spare, you could take on the Great Himalaya Trail (GHT). Designed to link every range in Nepal, it crosses the whole country, from Kanchenjunga in the east to Humla and Darchula in the west, and includes Everest, Annapurna and Langtang as well as some regions few have ever visited.

2. Search for rhinos and tigers in Chitwan National Park At the foot of the Himalaya, Chitwan National Park is a very different Nepal. Where much of the country is dry and high, the Terai lowlands of Chitwan consists of over 932 sq km of forests, marshland and grassland. It was Nepal’s first national park and is famously rich in flora and fauna. Many consider it the best place to view wildlife in Asia.

The park is home to one of the last populations of single-horned Asiatic rhinoceros. Indeed, the rhinos of Chitwan are a rare conservation success, with a growing population of close to 600 beasts. The park is also one of the last refuges of the Bengal tiger, although catching a glimpse of this magnificent cat is considerably trickier.

There are several renowned lodges deep inside the park; the village of Sauraha, just outside the park on the Rapti River, has a range of accommodation to suit all budgets. The village is also one of the best areas for rhino-spotting – the animals have been known to cross the river at night to raid crops.

3. Find your inner hippy in Kathmandu 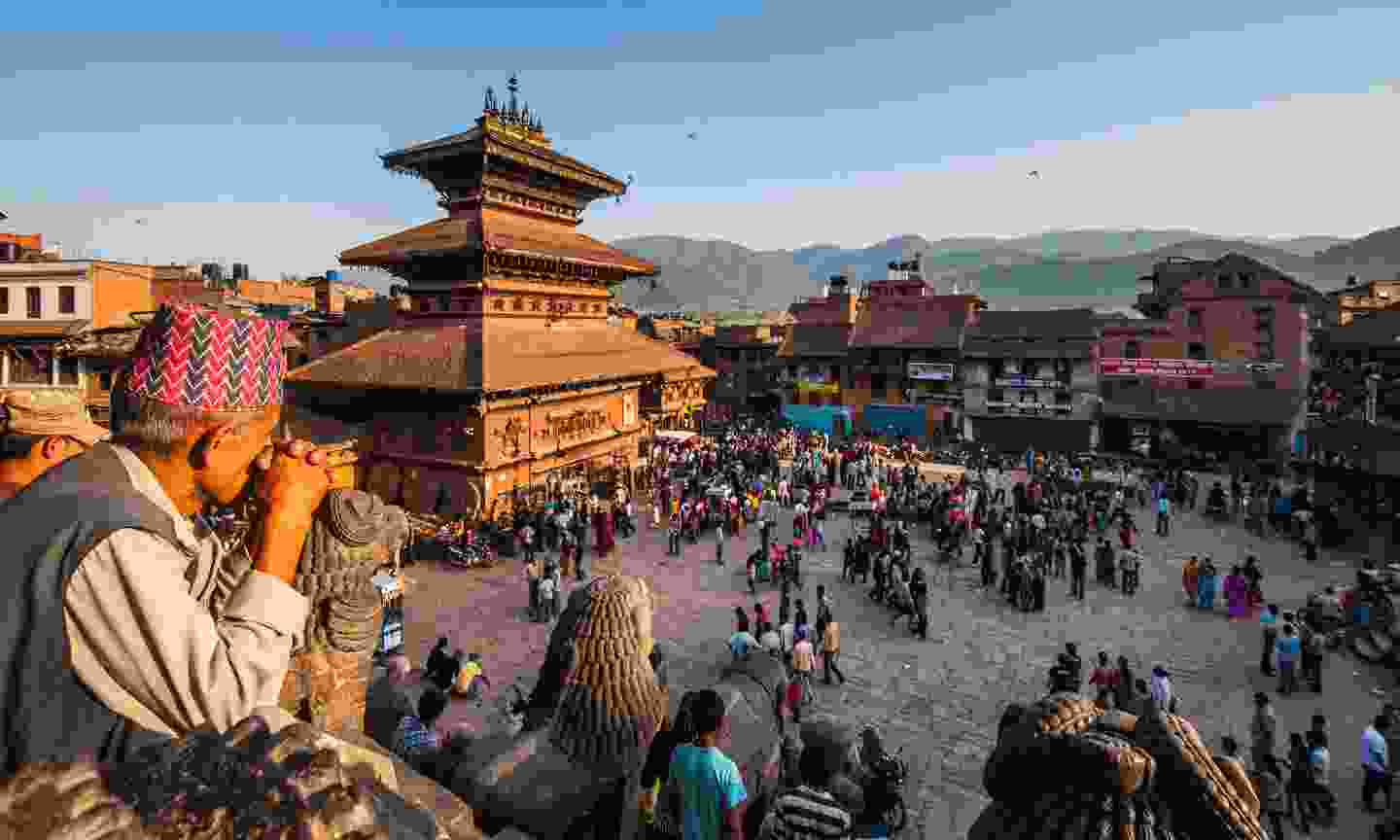 The final stop on the Hippie Trail from Europe in the 60s, Kathmandu has always been a mecca for people looking for spiritual realignment. Whether it’s the thin mountain air, the magnificent medieval temples or the city’s laid back vibe, K-K-K-Kathmandu is – and always has been – the perfect place to find yourself.

In the 60s, travellers headed to the hash shops and doss houses of Freak Street, just south of Durbar Square. Today, you'll find them in Thamel, a bustling area of restaurants, cafes, guest houses and shops selling everything a traveller could need, including trekking gear for this heading into the mountains. In 2011, it was declared a full WiFi zone, a sign of the changing times.

Despite being severely damaged by the 2015 earthquake, Durbar Square remains the traditional heart of Kathmandu. It is both a social and spiritual meeting place, where friends catch up beside people performing rituals at an ancient shrine.

You should also check out the Kathmandu Valley’s other two main towns, Patan and Bhaktapur. Both have old temples as well as durbar (main) squares that are less crowded than Durbar Square in the heart of Kathmandu.

4. Visit the birthplace of Buddha 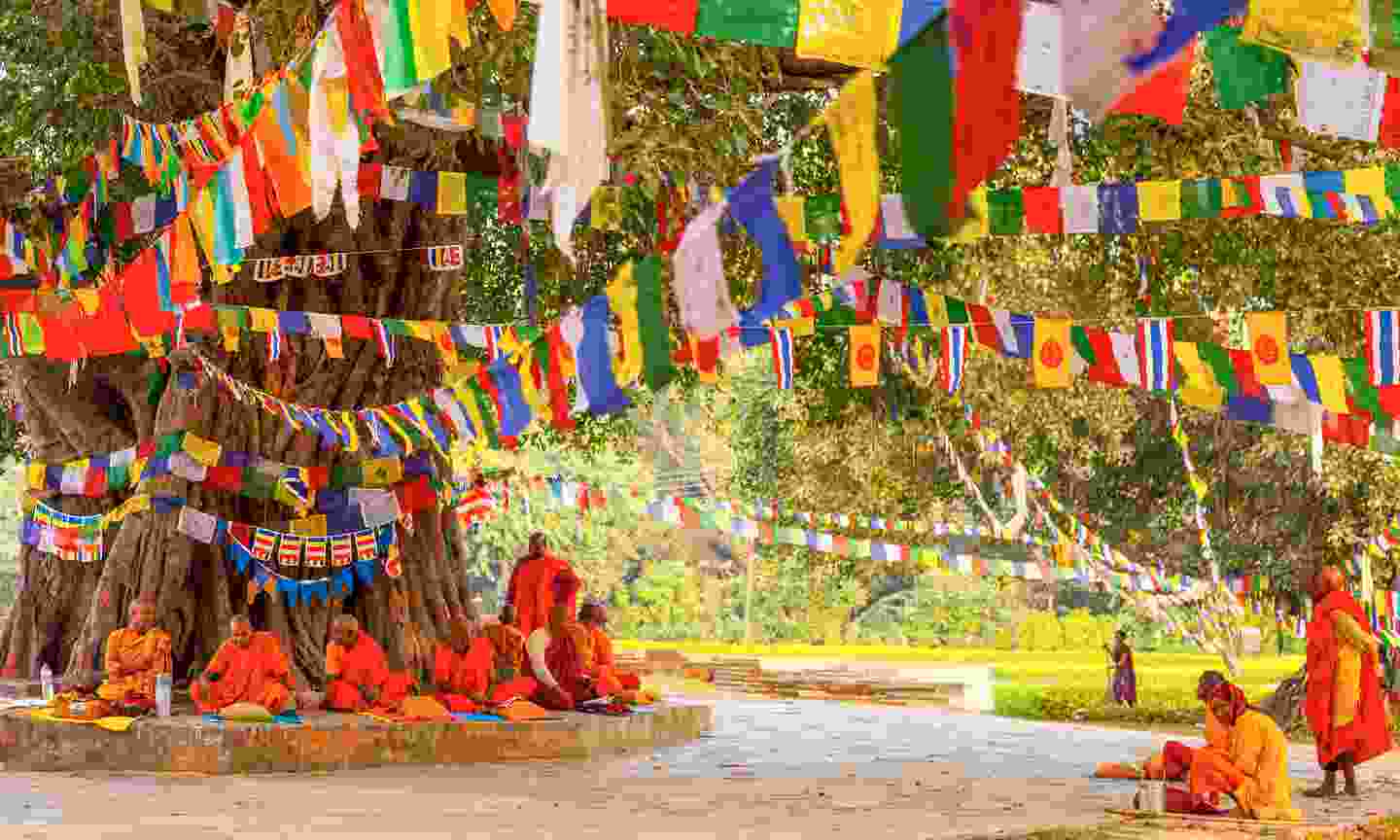 22km west of Siddharthanagar, just off the busy highway connecting India and Nepal, the tiny town of Lumbini attracts thousands of pilgrims from around the world. It was here, back in the 7th century BC, that one of the most important religious figures was born: Siddhartha Gautama, better known as the Lord Buddha.

There are over 25 Buddhist monasteries in Lumbini, but the spot where Buddha was born is marked by the modest Maya Devi Temple.

Join pilgrims as they sit under a grove of Sal trees. The large old one, festooned in prayer flags, stands where Buddha was born. Another popular pilgrim spot is is the sandstone carving depicting the birth of the Buddha, reputedly left here by the Malla King Ripu Malla, in the 14th century. Adventurous sorts don’t just have to stick to trekking in Nepal. The country is also one of the world’s premier rafting destinations, with a broad sweep of rapids from Grade I to Grade VI. The rivers are long and wild, the landscapes are epic. And most rapids can be reached easily from either Kathmandu or Pokhara.

Both the Trishuli River and Bhote Koshi River are popular spots, not far from Kathmandu. And the Seti River is the best single day option from Pokhara.

Another option is to choose a multi-day trip that takes you deeper into the Nepali countryside and will see you camping under the stars on sandy river beaches. A three-day trip along the Kali Gandaki River, for example, will see you bouncing through the Kali Gandaki Gorge, one of the deepest gorges in the world. It’s accessible from Pokhara.

6. Look Boudhanath Stupa in the eyes 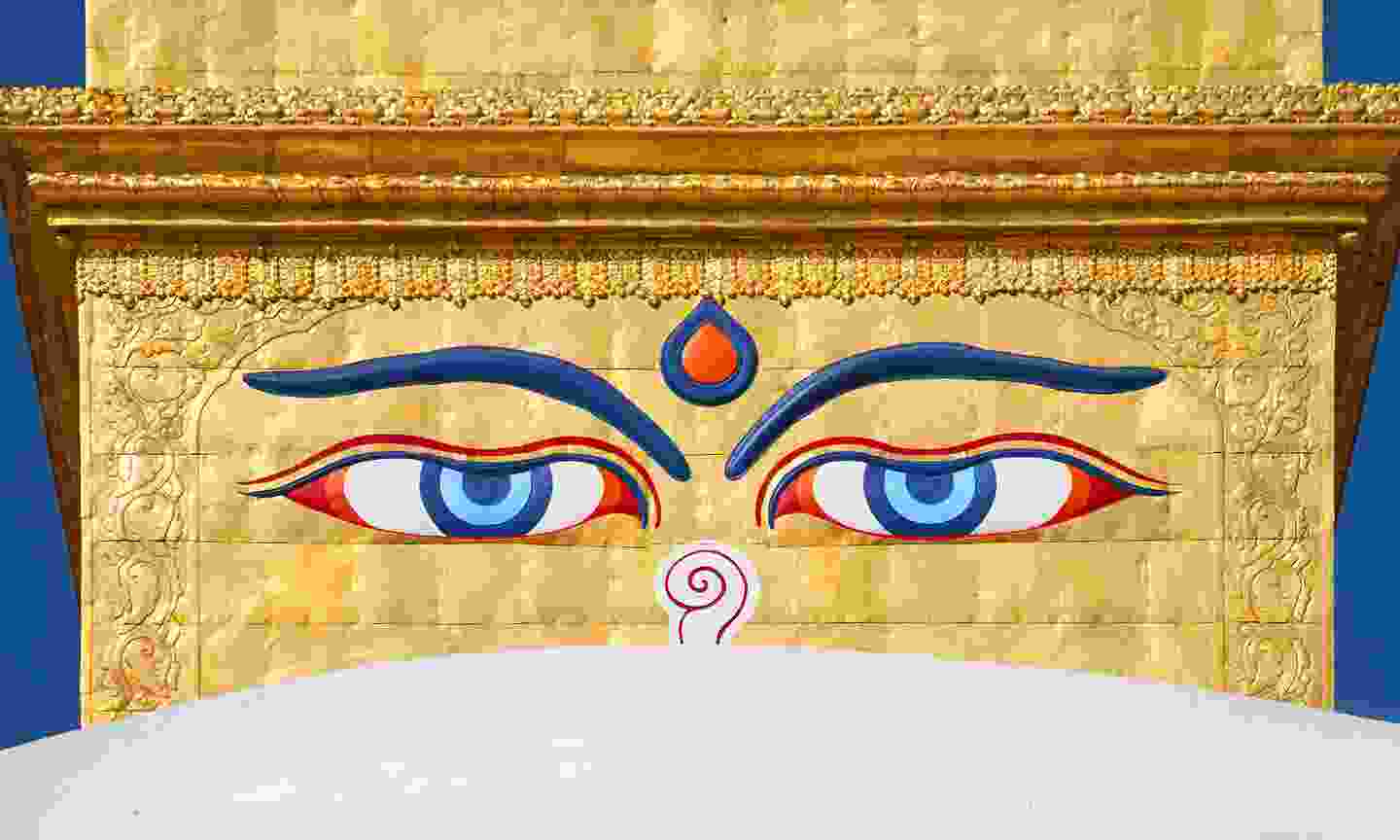 Eyes of the Buddha on the Boudhanath Stupa (Shutterstock)

Sitting atop a white-washed mound located about 11km from the centre of Kathmandu, the all-seeing eyes of Boudhanath Stupa gaze across the city, watchful and serene. It was built sometime around 600 AD and is the most famous and beautiful stupa in Nepal.

It is also the centre of Tibetan buddhism in the city. Every morning and evening, red-robed monks flock to the stupa to perform their koras, joining the other pilgrims who flock to this striking monument.

For the best views, head to the upper level of the plinth. Open from 5am to 6pm, it’s a great place to pilgrim-watch, especially the committed devotees prostrating themselves full-length on the ground in the courtyard on the east side of the stupa.

7. Learn about Sherpas in Namche Bazaar 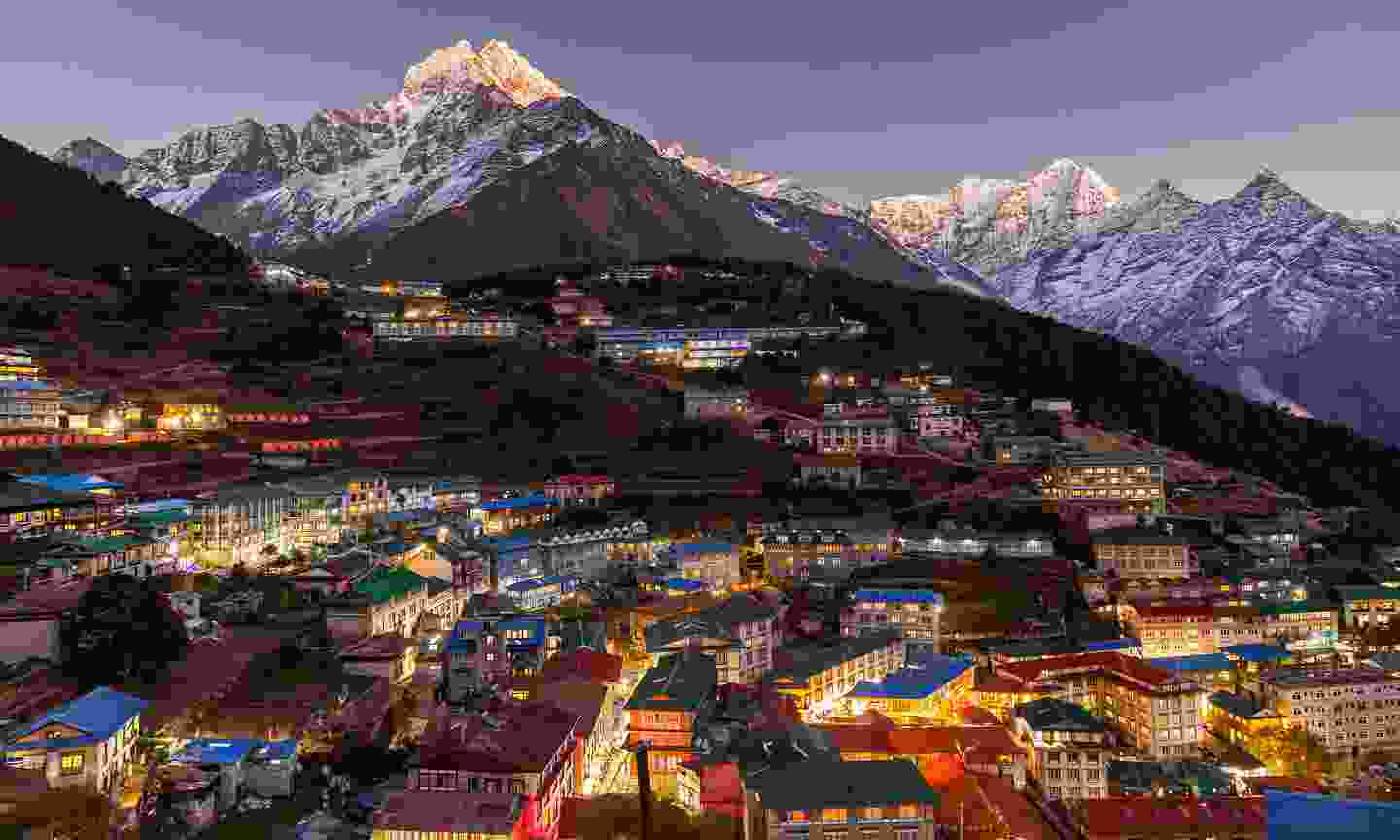 Built along the side of a Nepalese hill, Namche Bazaar is the final major town on the trek to Everest Base Camp. It’s your last chance to stock up on items you may have forgotten or treat yourself a freshly-baked pastry, send an email or enjoy a pint of Guinness (there’s an Irish pub in town) before the hard slog ahead.

Namche Bazaar is also home to the Sherpa Culture Museum, dedicated to the largely unsung heroes who are vital to any Everest attempt.

Run by a local photographer, the museum displays a number of important Sherpa cultural objects as well as press clippings and photos of famous Sherpas and the expeditions they tackled, including Tenzing Norgay, who famously accompanied Sir Edmund Hilary to the top of Everest.

8. Find sweet relief at the Toothache Tree in Kathmandu 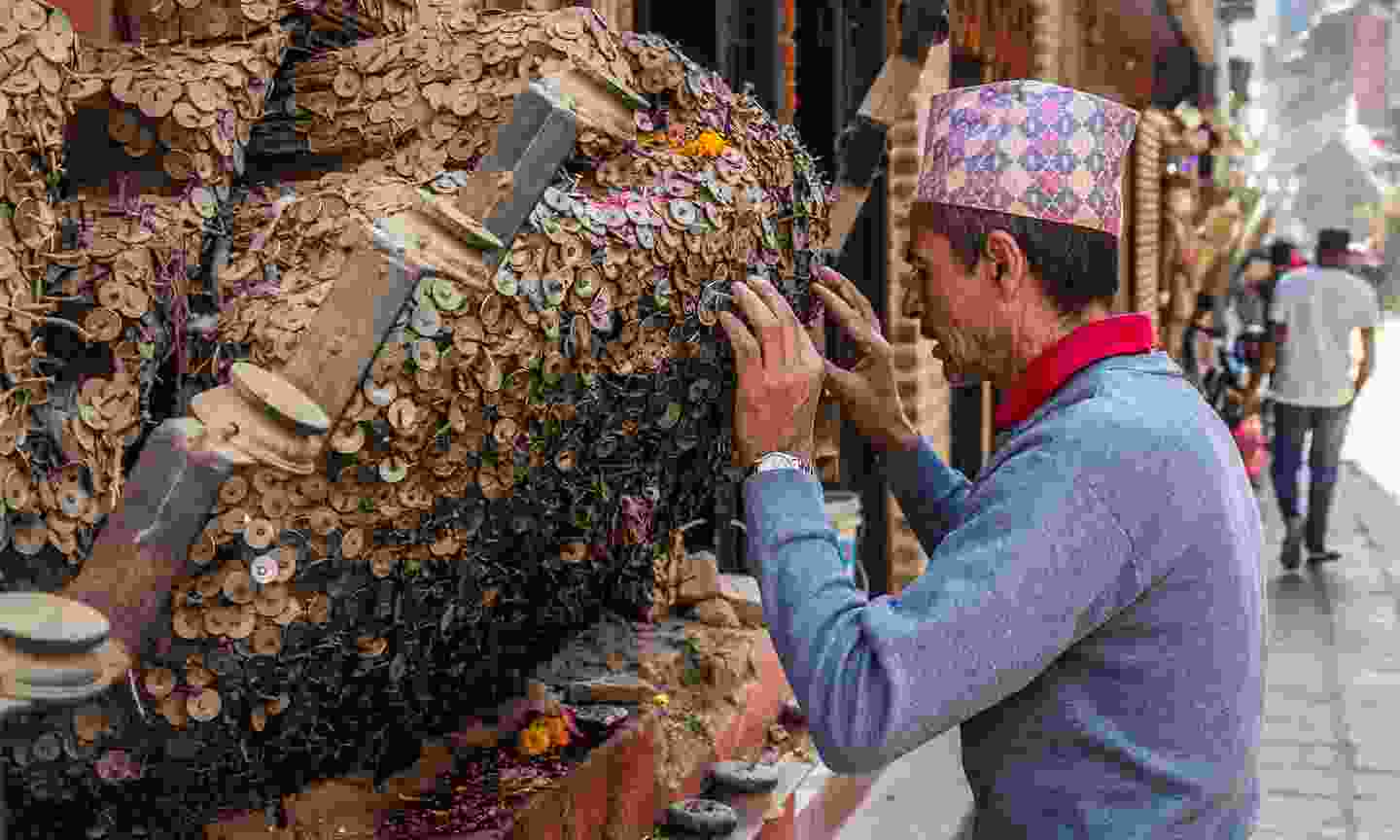 Nailing a coin to the Toothache Tree (Shutterstock)

If your teeth are feeling the effects of too many sugary treats from the bakeries of Thamel, you need to get yourself to the toothache tree. It's located on a street corner just past Tahiti Tole. Little more than a gnarled lump of wood, locals call the tree Vaisha Dev and believe that nailing a coin to it will relieve dental pain.

It’s hard to see any wood. Thousands of coins obscure what was once a hunk of the famous Bangemudha tree. Whether this has any impact on its effectiveness is hard to say.

Luckily, the Toothache Tree sits in the heart of Kathmandu’s dental district, so more conventional pain management is close at hand. Just follow the colourful signs for sweet, sweet relief.

9. Meet the sadhus of Pashupatinath Temple Pashupatinath Temple is the oldest Hindu temple complex in Nepal and the seat of the country’s national deity, Lord Pashupatinath. Made up of 518 temples, buildings, and structures, it sits beside the Bagmati River, and is considered holy by the Nepalese. Many believers chose to be cremated on the ghats here.

Since the earthquake of 2015, only practising Hindus, Buddhists, Sikhs, and Jains of Indian origin are allowed into the inner temple courtyard. Other visitors can walk along the banks of the Bagmati River, where you will likely see cremations taking place, or weave through the sadhus who will offer blessings and pose for photos with them (for a price.)

Sadly, Pashupatinath’s most famous sadhu, Willy Bob, has passed away. Lifting rocks with his private parts for tourists eventually took its toll.

More things to do in Nepal:

Wild Nepal: The best of wildlife in Chitwan National Park