7 things to do in Nara, Japan

Home to some of Japan’s oldest historical sites and crammed with natural beauty, there are plenty of things to do in Nara. Here are just a few ideas to get you started...

1. Immerse yourself in ancient Japan 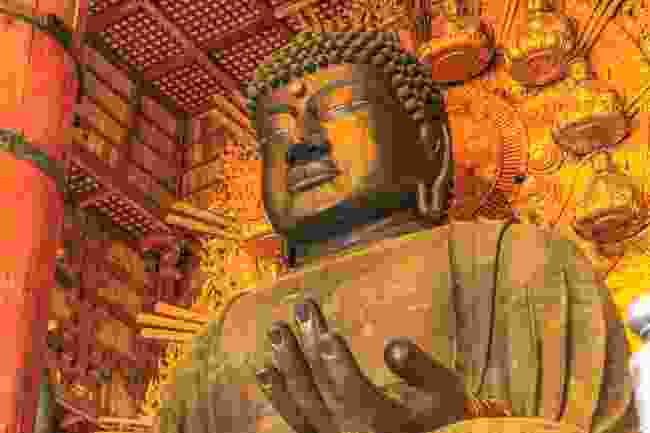 As the first permanent capital city of Japan, Nara packs centuries of history into a relatively compact area, with more UNESCO World Heritage sites than any other part of the country, beating even Kyoto. The green and attractive city is home to some of Japan’s oldest and largest temples such as the iconic Todaiji with its 15m high bronze Buddha, and the impressive five-storied pagoda at nearby Kofukuji – the second largest of its kind in the country. With most things accessible on foot you can literally step back in time as you wander the rustic streets of the Naramachi district, and then head to Nara Park to feed the city’s famous deer who bow politely in return for senbei crackers (just be careful they don’t nibble your clothing too!).

2. Relax in a hot spring at Dorogawa Onsen 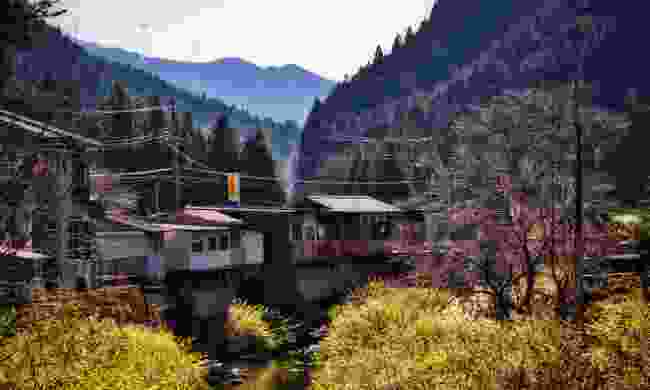 Dipping into an onsen (hot spring bath) is deeply rooted in Japanese culture and way of life, and at Dorogawa Onsen you can cleanse both body and mind. This small rustic hot spring village lies at the foot of Mount Ōmine, and there you can stay in one of the many ryokan (traditional Japanese inns) which line the streets. Gorge on local delicacies such as wildboar hotpot as part of a multi-course kaiseki dinner, and then soak the night away in the rejuvenating indoor and outdoor baths. The next day seek enlightenment at Ryusen-ji, a temple where Shugendō practitioners meditate before heading into the mountains, or explore the mysterious depths of Menfudō Limestone Cave on the outskirts of the village, reached by riding a small monorail through the woods. 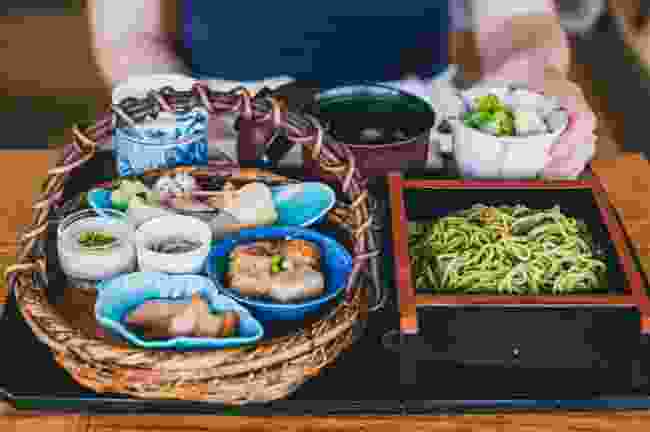 The clean air, fertile soils and pure water of the region means Nara is renowned for its high-quality natural produce. Sake has been brewed in Nara since the 7th century and a number of breweries such as the family-run Imanishi Sake Brewery in Sakurai offer fascinating and palette-tingling tasting tours. Another regional speciality are soba (buckwheat) noodles - delicious served hot or cold, they are often accompanied with tsuyu (a soy-based dipping sauce) or lightly battered and fried vegetable tempura.

Nara is also a hotbed for traditional craftsmanship; handmade rice bowls and obentō lunch boxes hewed from sweet-smelling yoshino-sugi (Yoshino cedar) make great souvenirs, while sumi ink sticks - which are typically used for calligraphy - are said to be much like fine wine, in that the ink becomes more refined with age.

4. Enjoy the outdoors in southern Nara 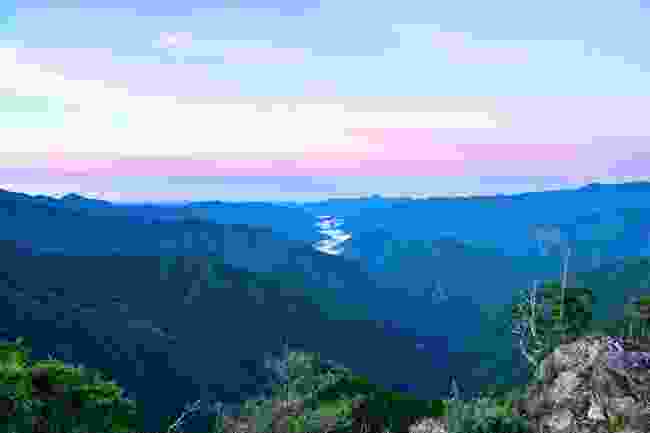 Well off the beaten track, the southern end of Nara prefecture is a land of wild rugged mountains and beautiful wooded river valleys. Public transport is limited (but possible), so renting a car gives you the freedom to explore at your own pace. Outdoor lovers should check out the Mitarai Valley, the site of a hidden 14th century refuge at the point where two rivers converge. Here, visitors can follow a popular two-hour hiking course that takes in waterfalls and suspension bridges over crystal-clear waters. Further east is Ōdaigahara, a pristine plateau at an altitude of around 1,600m with hiking trails leading through primeval beech forests, moss gardens and wild grassy plains to jaw-dropping rocky viewpoints. Be sure to keep your eyes peeled for deer, black bear, foxes and perhaps even the elusive kamoshika (Japanese serow). 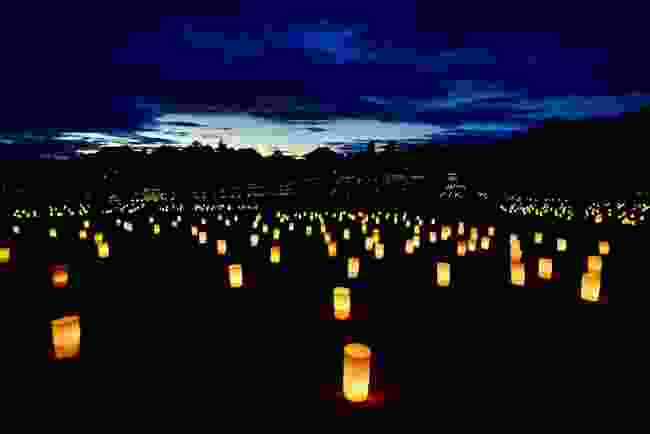 Japan is a land of festivals or matsuri, and attending one allows you a glimpse into the rich culture of the country and is a good chance to mix with locals. Nara has an array of exciting and intriguing events throughout the year – the Heijo Tempyo Summer Festival takes place over three days and nights around the end of August at the ancient Heijokyo palace site, and is a riot of colourful floats, lanterns, dances and costumes. Or try to catch the Wakamiya Onmatsuri at Kasuga-taisha Shrine, one of Nara’s largest festivals featuring samurai and priests on horseback, street processions, traditional music and market stalls. Dating back 900 years, the festival is held for four days in mid-December. 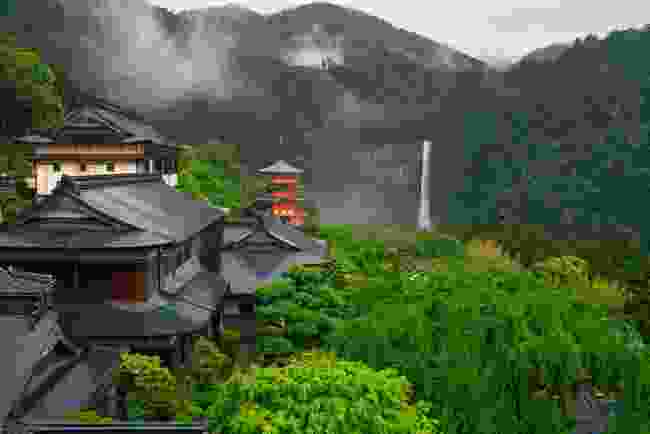 One of only two UNESCO world heritage listed pilgrimages in the world (the other being Spain’s Camino de Santiago), the Kumano Kodō is a network of historical routes which criss-cross the Kii Peninsular and have been walked by pilgrims and travellers for over a thousand years. Most of the trails lead to the three grand shrines of Kumano in neighbouring Wakayama prefecture, but a good portion of the four-day Kohechi route (starting from Kōyasan) traverses deep through the mountains of Nara. Trekkers need good stamina as the northern end of the route is quite remote and the path climbs three 1,000m passes, but comfortable nightly accommodation is available at rural farmhouses and hot spring villages. If you’re not an avid walker, rent your own set of wheels to visit some of the routes’ highlights such as the panoramic mountaintop farmstead of Hatenashi or the riverside hot spring getaway of Totsukawa Onsen. 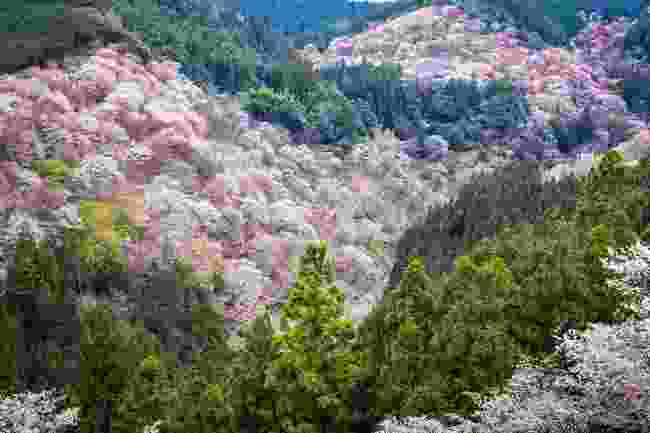 Regarded as one of Japan’s finest hanami (cherry blossom viewing) spots, Mount Yoshino has over 30,000 sakura (cherry blossom) trees on its slopes, so the whole area comes ablaze with pinks, lilacs and whites for two weeks during the spring, with colours usually at their peak sometime between late March and mid-April. The small town of Yoshino sits at the top of the mountain and is jam-packed with UNESCO-registered temples, restaurants, places to stay and splendid viewpoints. Even if you miss the cherry blossoms, Yoshino makes for a scenic escape from the city at any time of year, and can easily be reached as a day trip from Osaka, Kyoto or Nara by train – from Yoshino station you can take the ropeway, shuttle bus or walk for 30 minutes to reach the charming hillside town.