7 things to do in Manchester

As Manchester Jewish Museum reopens today with a new gallery and a restored 1874 synagogue, we reveal the city's best cultural experiences, festivals and more 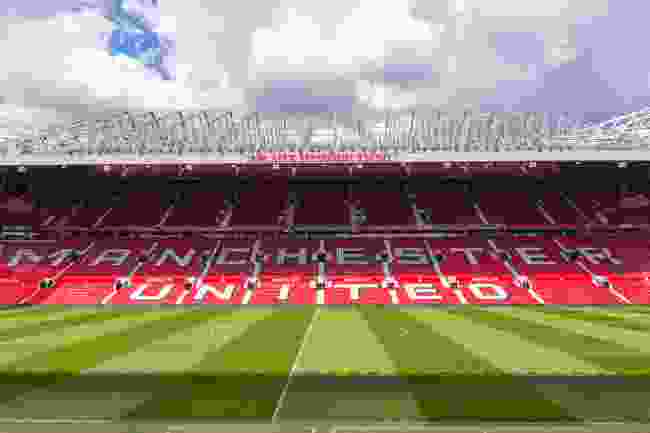 It would be impossible to mention Manchester and not talk about football. The city’s two teams have a long history of rivalry and boast fans all over the world. The home of Manchester United, Old Trafford, and the home of Manchester City, Etihad Stadium, offer tours and should be on any fan’s to-do list. For neophytes and anyone with an interest in the game, the National Football Museum is a must visit attraction in the centre of the city, next to Manchester Cathedral. The museum is not just about the Mancunian teams – it exhibits artefacts, photographs and stories about the culture surrounding the game. 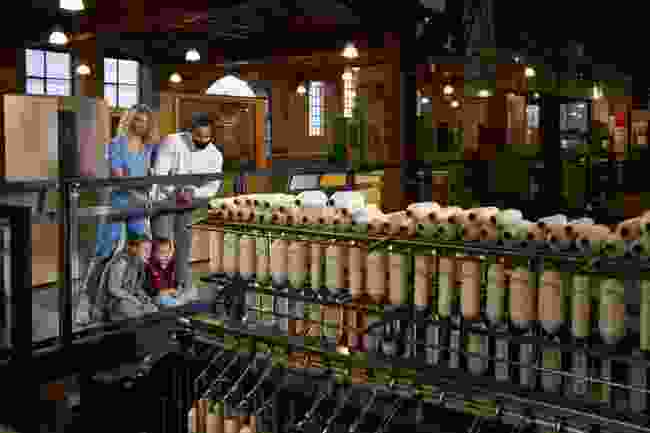 Manchester was named the UK Capital of Culture in 2015 and it’s been proving ever since that it deserves the title. The Science and Industry Museum highlights Manchester’s inventions, from the first atom split to the first stored-programme computer. The textile industry, so important to the city in the past, is also spotlighted. Manchester Art Gallery is the home of fine art and decorative objects. It hosts exhibitions such as the much talked about Grayson’s Art Club – works by the artist Grayson Perry, which featured on a TV series of the same name. For archaeology, natural history and anthropology, head to Manchester Museum. Meanwhile, Manchester Jewish Museum doubled in size in 2021. The site connects Jewish stories to the broader world. 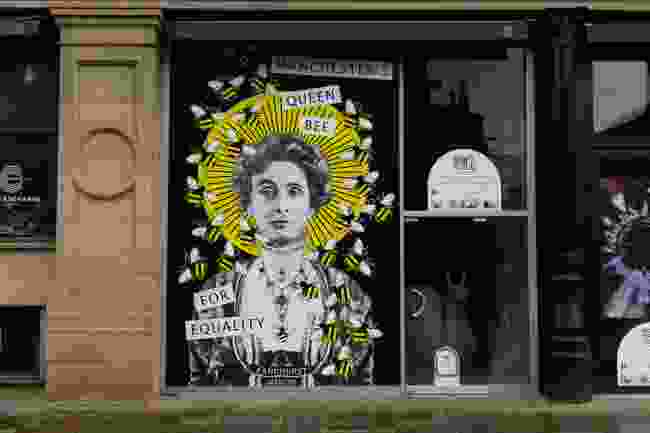 Street art in Manchester dedicated to the Suffragette movement (Shutterstock)

Ever wondered where the literary geniuses of the 19th century hung out in Manchester? Then head to Elizabeth Gaskell’s House, where the author wrote and entertained guests such as Charles Dickens and Charlotte Brontë. The Pankhurst Centre, nearby, is housed in the home of the political activist Emmeline Pankhurst and her daughters, and tells the story of the Suffragette movement.

For something completely different, you can take pictures outside the house featured on the cover of Oasis’s 1994 album, Definitely Maybe, or check out the blue plaque outside the flat where the record label that nurtured Joy Division and New Order – Factory Records – was born. Both houses are in Didsbury, south of the city centre, and provide a good excuse to check out the suburb’s shops, cafés and Fletcher Moss Park.

4. Immerse yourself in books 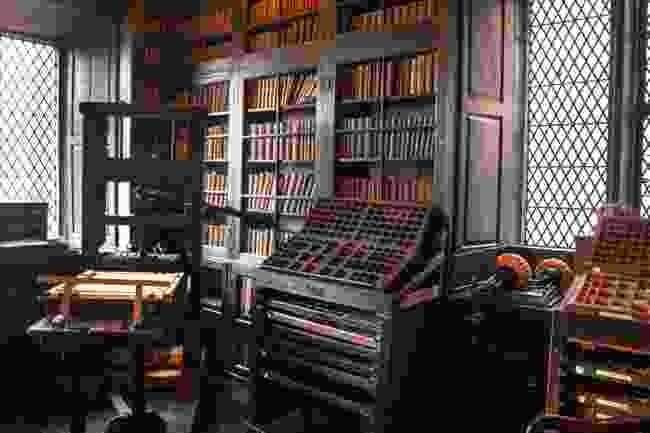 You can sit at the desk of Marx and Engels in Chetham’s Library next to Manchester Victoria Station, which is the oldest public library in the English-speaking world. A visit to the city would not be complete without a stop at John Rylands Library. The building, one of the finest examples of neo-Gothic architecture in Europe, is reminiscent of a cathedral or castle. The Portico Library completes Manchester’s trio of historical libraries, as it was opened in 1806. Central Library meanwhile is housed in a 1930s circular building. It has been recently refurbished and is a hub of information and socialising in the centre of the city. 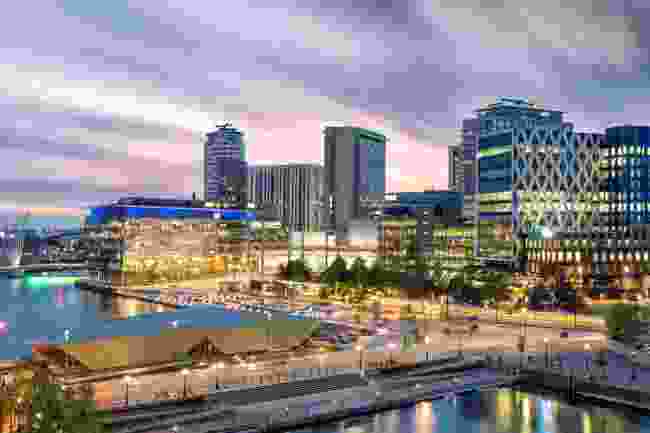 Manchester boasts a range of diverse neighbourhoods, but nowhere is cooler than the Northern Quarter, which is home to the shopping emporium Afflecks and Manchester Craft & Design Centre, a hub for independent creatives.

Manchester also has one of the largest Chinatowns in Europe. It comes alive during Chinese New Year, but it’s worth a visit all year round.

In Castlefield, behind the Science and Industry Museum, look out for the ruins of a Roman fort, wander around the Bridgewater Canal then explore HOME, a cultural centre with film screenings, dance shows, art exhibitions and a bookshop.

Alternatively, head to the waterfront in Salford Quays near Old Trafford. As well as the war museum IWM North, you can visit The Lowry, a performing arts centre that hosts everything from musicals and opera to stand up comedy.

The first Royal Horticultural Society garden to open in 17 years is to the west of the city’s outskirts. The 63-hectare RHS Garden Bridgewater has a Chinese garden, walled garden and woodland walks. 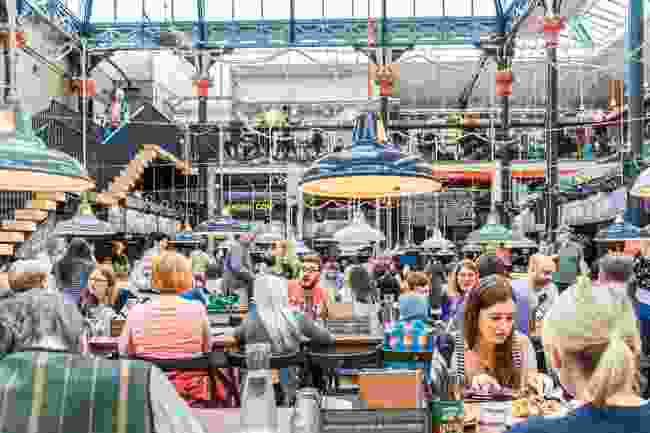 It doesn’t matter where you are in Manchester, you’ll never go hungry. Mackie Mayor – which is housed in a Grade II-listed market hall in the Northern Quarter – has become an institution and an Instagram-friendly spot for artisanal food.

Located in the Green Quarter, GRUB found a permanent home at The Red Bank Project in 2019. The street food and beer fair is open from Wednesdays to Sundays. In the Medieval Quarter meanwhile, the Corn Exchange groups 12 restaurants under the roof of a Grade II-listed Edwardian building.

South of the city, go to Beech Road in Chorlton to sample the “cocktails and carbs” menu of The Launderette, or visit Produce Hall in Stockport, another food hall worth checking out for its independent food and drink vendors. 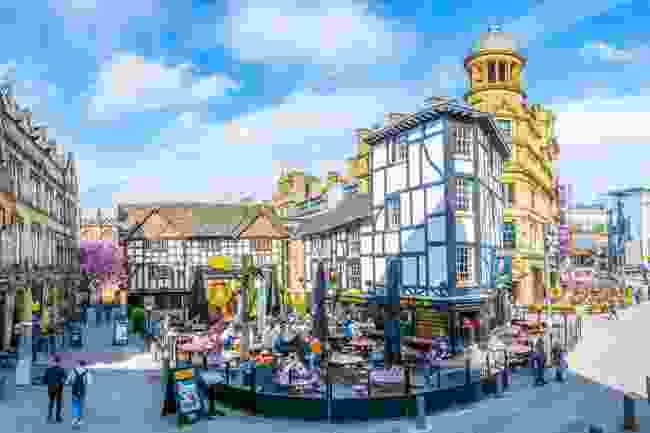 It would be hard to spend any time in Manchester and not sample the local beer. There is a proud brewery heritage in the city, so it’s not surprising that BrewDog is set to open Doghouse Manchester Hotel near Piccadilly Gardens, with in-room beer taps, 30 craft beer taps and a rooftop bar. For more traditional beer-sampling, head to Unit 9, the Cloudwater taproom, or Beer Nouveau, an environmentally friendly brewery with a taproom open on Fridays and Saturdays.

Alternatively, drink like The Stone Roses by heading to The Beech Inn in Chorlton. Members of the band are rumoured to have come here for a drink or ten back in the day. Chorlton is also the home of Horse & Jockey and its own microbrewery The Bootleg, as well as the café/bar Electrik, which boasts a great food and drink menu and hosts DJs on One Deck Wednesdays.

Read about other UK cities:

10 things to do in Lincoln, UK

8 things to do for free in Oxford