7 of the best things to do in Honduras

Ancient Mayan ruins, beautiful Caribbean islands and a vibrant mix of cultures, Honduras has it all. Largely off the tourist trail, you can experience the best of Central America without the crowds...

1. Scuba dive on the island of Utila 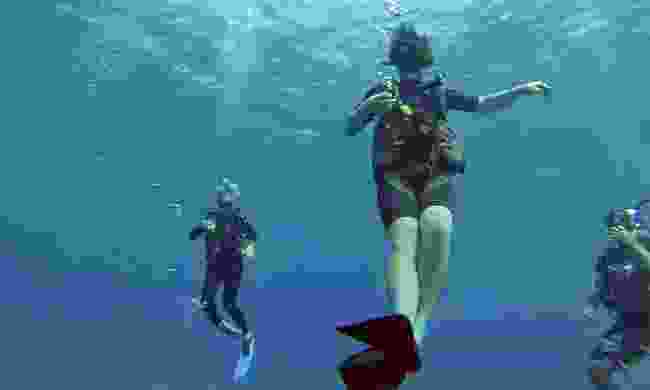 Learning to dive in Utila (Shutterstock)

One of the smallest and most chilled of Honduras’s Bay Islands, Utila is a popular backpacker hangout. Surrounded by coral reefs and dives sites, it is one of the cheapest places to learn to dive, making it a popular stop on the region’s gringo trail.

Luckily, most of the dive shops are centred around Utila town, the island’s only settlement. Once you get your PADI certificate, head to Pumpkin Hill Beach or Chepes Beach for a bit of downtime. Or help out at he Iguana Research and Breeding Station, dedicated to preserving the endangered spiny-tailed Utila iguana.

2. Explore the Mayan ruins of Copán 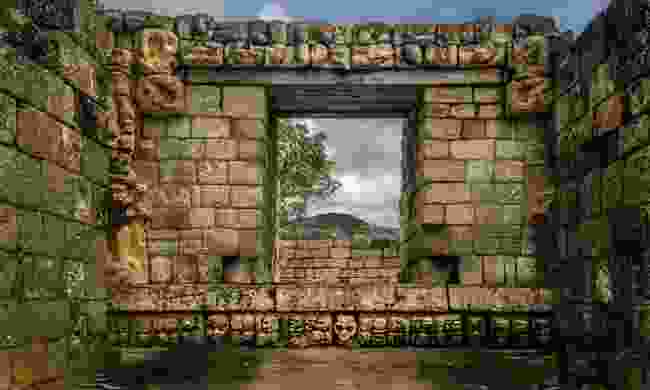 The ruins of Copán (Shutterstock)

The jewel in Honduras’s crown, Copán is an ancient Maya city set, atmospherically, amongst verdant forest. It was ruled by a dynasty of 16 kings between roughly 426 and 820 AD and only discovered again in 1570 by Diego García de Palacio.

Copán is regarded as one of the most important sites of the Mayan civilisation, and the main source of much of Mayan history we know today.

Excavations in the 19th century revealed a ruined citadel and imposing public squares, as well as an epic stone staircase, covered in over 2,000 glyphs. Leading up the temple-pyramid of Structure 26, the staircase is not only impressive due to its size and artistry.

Its symbols offer a rare window into the rich history of the Copán Valley, and the culture that ruled it for so many years. Wandering through the ruins is truly like stepping back in time.

3. Walk along the sawdust carpets of colonial Comayagua 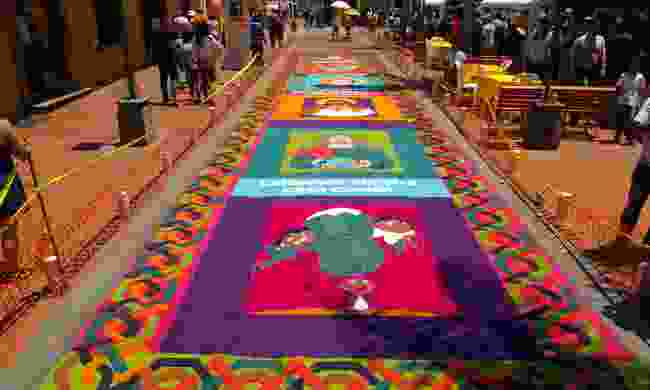 With its cobbled streets, tiny plazas, whitewashed houses and grand churches, the colonial town of Comayagua is a beautiful place to visit any time of the year.

Over Easter, it becomes something else entirely, when the the town’s devout citizens cover the streets in a carpet of colourful sawdust, painstakingly laid out in delicately intricate and wonderfully colourful designs.

Known as alfombras, these carpets of shaved wood and powders are made using stencils and meticulous placement, and often depict religious scenes. Families often incorporate logos as a kind of signature on their masterpieces.

The alfombras don’t last long. By the end of Good Friday, they have been trampled beyond recognition by the religious processions of the day.

4. Learn what it means to be Honduran at the Museo para la Identidad Nacional 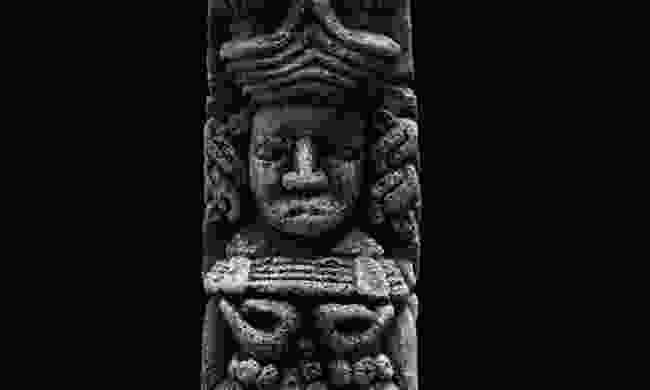 For a superb overview of Honduran history and identity, you can’t beat the Museo para la Identidad Nacional (Museum of National Identity) in Tegucigalpa.

Once the Palace of Ministries, the beautifully restored 19th century building today tells the story of a nation forging a path in difficult, post colonial times.

One of the most popular exhibits is the 'Virtual Copán' room, illustrating the history of the region's gods and kings, as well as rooms exhibiting busts of Honduran national heroes. Displays are in Spanish, but there are free tours in English by excellent guides four times a day. 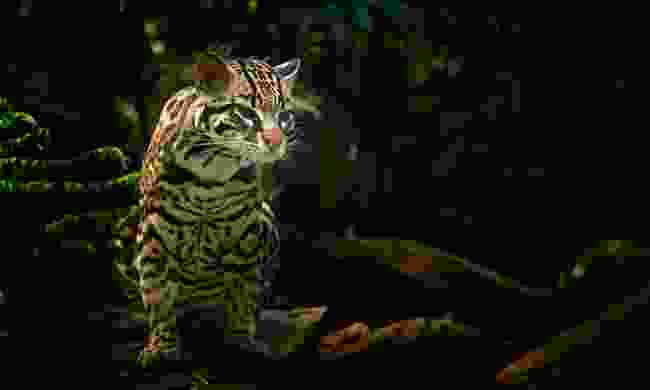 Criss-crossed with trails, lush Celaque is one of the country’s best national parks. It's also where you'll find El Cerro de las Minas, the highest peak in Honduras. At a height of 2849m, the summit, also known as Pico Celaque, can be reached on a rewarding two or three day hike.

The park is also the headwaters for several rivers and is dotted with waterfalls. The largest can be seen from most places in the valley.

Celaque's wilds are also home to pumas and ocelots, but apart from the occasional paw print in the mud, they are pretty tricky to spot. Monkeys and butterflies are much more ubiquitous.

Don’t forget to stop by Aguas Termales Presidente, a series of hot springs on the edge of the park, where you can soothe your aching post-hike feet in several pools at various temperatures.

6. Contemplate history at the Spanish forts of Trujillo 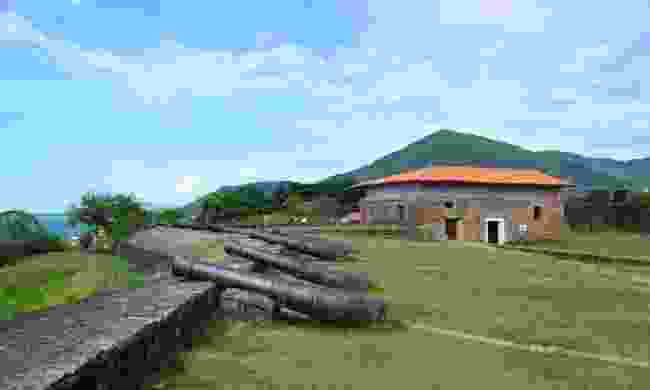 Ruins of the Spanish fortress of Santa Barbara (Shutterstock)

Wandering through the ruins of Fortaleza Santa Bárbara de Trujillo, a 17th century Spanish fort on the northern coast, is like stepping back in time.

Even in ruin, the fort is imposing and impressive, but still a reminder that nothing ever lasts. Stand on the walls, beside one of the cannons, and you can imagine how it must have felt for a Spanish soldier - gazing across the Caribbean, a long, long way from home.

You’ll also find a plaque marking the spot where William Walker was executed. He led a number of military expeditions to the region in the hope of setting up English-speaking colonies.

Spoiler: that did not go down well with the Spanish. There’s also an on-site museum featuring colonial and Garifuna artefacts. 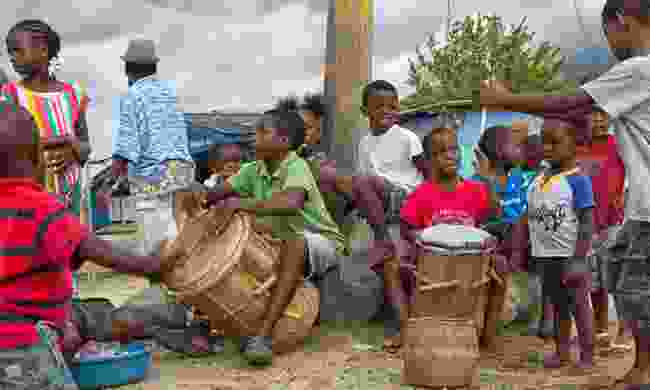 Garifuna people originated with the arrival of West African slaves, and their culture is closely identified with music and dance.

Garifuna music is known for its heavy use of percussion instruments and distinctive drumming. Indeed, it is not unusual to come across groups of boys playing Garifuna drums made from hardwoods like mahogany or mayflower, native to Central America.

Food is another important part of their culture. The Garifuna have taken native Central American crops and African staples and made them their own. If you are lucky enough to be invited along to a Garifuna feast, expect machuca, a dish of mashed green plantains with coconut milk soup and fried fish, and dharasa, the Garifuna version of a tamale, which is made from green bananas to taste either sweet or sour.

Today, Honduras’s population of roughly 100,000 Garifunas can be found living mostly in towns and villages along the country’s northern coast, from Masca, Cortes to Plaplaya, Gracias a Dios. The best places for travellers to experience this vibrant, pulsating culture is in the Garifuna communities in the Tela and La Ceiba areas, Trujillo and Bataya.

More things to do in Honduras:

5 things you need to know about Garifuna music