8 things you must do in Gozo, Malta

Malta's sleepy little sister is worth so much more than a day trip. We've listed eight of the best things to do on the island of Gozo - highlights as well as the locals' favourites... This vast limestone maze is the structure that puts Gozo on the map, quite literally - the formidable fortress is visible from just about anywhere on the island. Its strategic position explains why the site has been inhabited for so long - artefacts have been discovered tracing its beginnings back possibly to the Stone Age. It's known that it became a fortified city in the Bronze Age, eventually growing to the size and significance of an acropolis during Phoenician and Roman reign.

Today, it remains as an archaeological and religious site, and visitors are free to wander most parts of the fortifications - on a clear day you can enjoy panoramic views of the Maltese archipelago. Visiting is free, but a €5 entrance ticket is required to access all areas including the Gozo Museum of Archaeology, Gran Castello Historic House, Gozo Nature Museum, Old Prison and the Citadel Visitor Centre.

Getting there: Most Gozo buses stop at Rabat (Victoria) bus station. From there, it's just a 10 minute walk. If it's your first stop after arriving at the ferry port in Mgarr, take the 301 or 303 bus to Rabat. 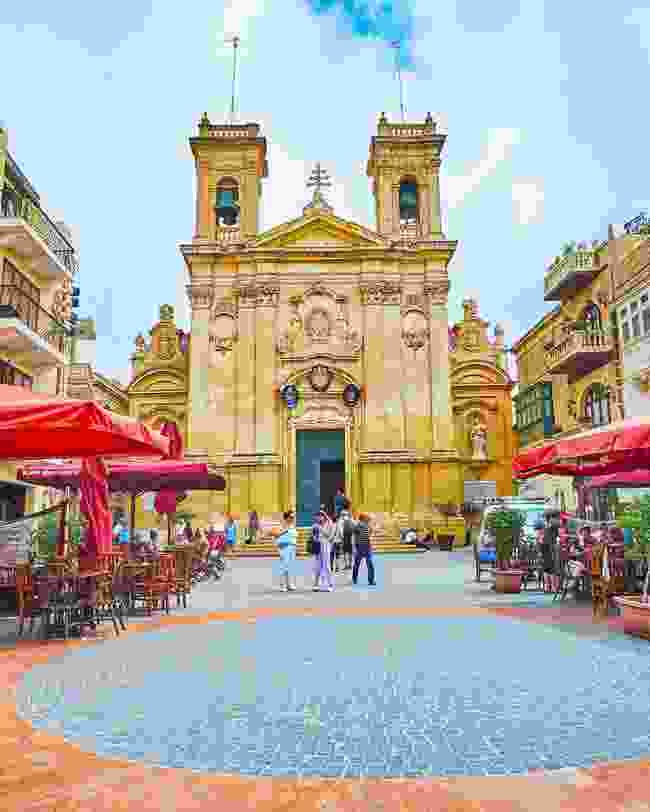 Surrounding the ancient fortified castle is the city of Rabat (Victoria), the small but mighty cultural heart of Gozo - it's just three square kilometres. Rabat is a labyrinth of bustling streets, quintessentially Maltese alleyways (think the towering baroque apartments of Valletta on a more modest scale), and fairy-lit squares filled with restaurants.

Its central location on the island of Gozo makes it the ideal spot to use as a jumping-off point for the rest of the island; there are B&Bs, apartments and guesthouses to stay in, and a central bus station with a recently-introduced convoy of regular buses taking you to most of the island's key areas.

It's also where you’ll find the best restaurants and bars; Maldonado and It-Tokk are favourites among Gozitans, the ribs at the latter being locally famous.

If you're travelling on a budget, Triq Palma - a busy street between the main square and the bus station - is lined with street food vendors selling cheap and delicious Maltese and Gozitan goodies. Try hobz biz-zejt, also known as ftira - a leavened sourdough sandwich filled with local specialities like tuna, tomatoes, olives, capers and onions.

Despite the dizzying level of calories try pastizzi: deep fried pastries typically filled with ricotta. You will not regret it! 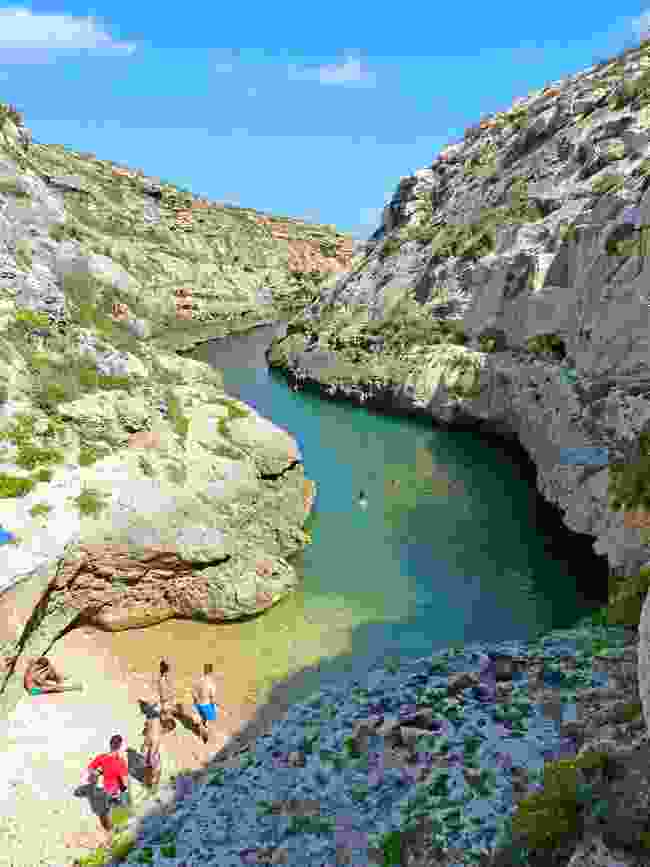 3. Take the plunge at Wied il-Għasri

Stumbling across this inlet while hiking the coastal path is comparable to discovering an oasis in a desert. In a northern nook of the island typically frequented by walkers you’ll find a cliff carved into two by the pounding Mediterranean - in its place, a verdant valley filled with wildflowers.

Descend the steep staircase to the bottom of the cliff and you’ll find a turquoise pool and a small rocky bay, surrounded by deep-set, jagged caves.

This spot is a favourite of divers – take your swimming things and plenty of refreshments if you’re spending a few hours there – the closest spot to buy food or drink is far away and expensive.

Gozo's famous salt pans are just a 20 minute walk away from Wied il-Għasri - and it's a coastal walk filled with some of the island's most jaw-dropping coastal scenery. The hopscotch landscape here is rich in heritage; the tradition of saving sea salt in hand-carved rock basins to scrape and store in nearby caves is believed to have been in practice in Gozo since Roman times.

Don't be tempted to take salt from the pans - street sellers sell the sea salt for just a Euro or two nearby, and you'll help to fund one of Gozo's most prized exports. 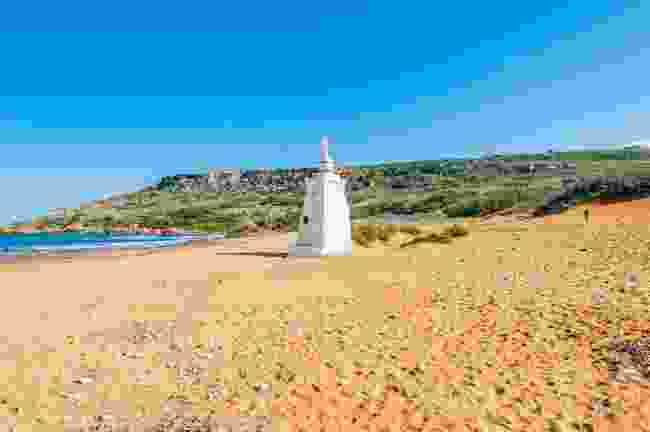 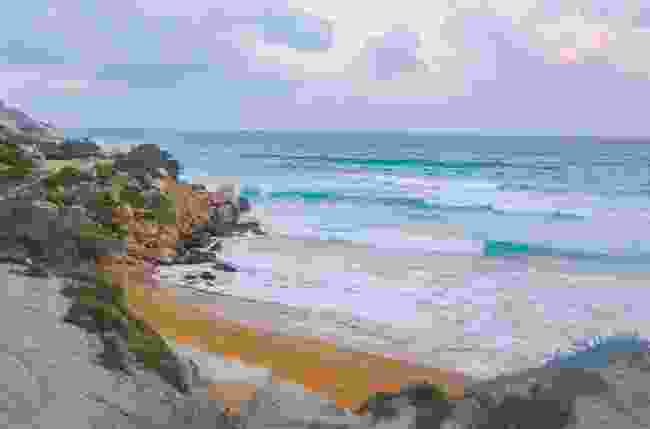 Ramla Bay is a beach with soul. It's found in an unspoiled corner of the island's north-east, and owes its name, The Red Beach - Ir-Ramla il-Hamra in Maltese - to its unusual, terracotta-coloured sand.

The beach doesn't just draw sunbathers and swimmers to its calm, shallow waters - historians and bibliophiles make the journey to witness its historical treasures. Limestone cliffs flank the beach, and on the eastern side lies a cave alleged to be Calypso's Cave in Homer's Odyssey, where Odysseus was kept as a prisoner for seven years by its seductress inhabitant, Calypso.

There's currently no access to the cave owing to rockfall in the area, but the cave is easily visible from the beach, and it's possible to walk along the cliffs for a closer look. On the west side of the beach, it's possible to spot the remains of a Roman domus, first unearthed in 1912 - head to Gozo's Museum of Archaeology to find out more about the excavations.

San Blas is Ramla Bay in miniature - a tiny red-sand beach just two miles from Ramla Bay surrounded by spectacular, completely undeveloped landscape. The catch? Access is difficult. There's a heart-pumping and practically vertical slope down the cliffs to the beach, which blissfully limits the number of sunbathers. Just make sure you save enough energy for the hike back up to the top. 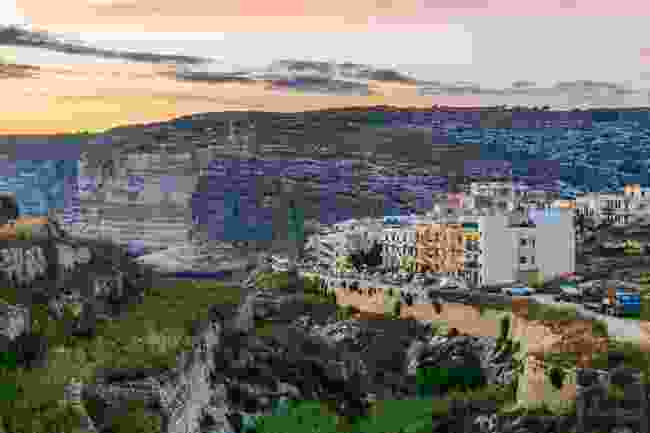 What was once a quiet fishing village is now a charming seaside town frequented by tourists and Maltese holidaymakers. Xlendi, unlike modern Marsalforn (Gozo's northern resort district), has managed to retain its relaxed vibe, with a residential feel and plenty of small, sprightly restaurants filled with wine-bright diners.

Moby Dick serves some of the best fresh fish in Gozo, but for dramatic views of the bay at dusk, climb the hill and dine on the balcony of Il-Terrazzo - an ideal vantage point to watch the sun sink behind the cliffs. 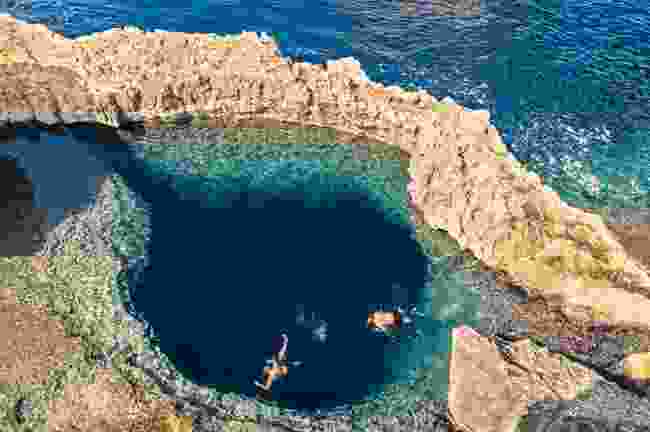 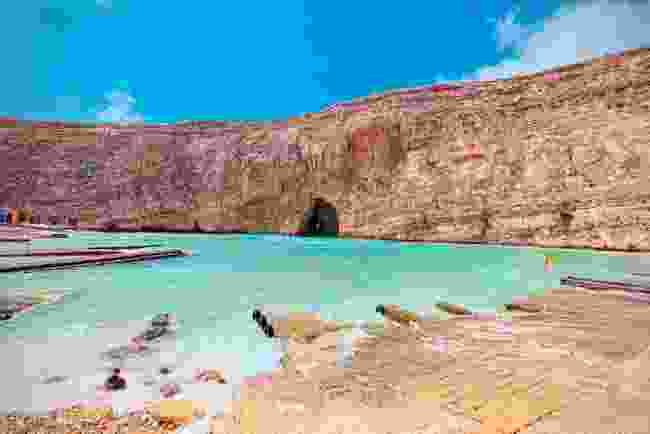 Before its tragic collapse in March 2017, one of Gozo's main highlights was no doubt Dwejra's Azure Window.

There's more to Dwejra than its lost geological spectacle, though - a journey to the westernmost edge of Gozo reveals a landscape so extraordinary it formed the otherworldly backdrop for the wedding of Daenerys Targaryen and Khal Drogo in HBO's Game of Thrones.

To explore, head to the Inland Sea, a quaint lagoon cradled within a semicircle of fisherman huts and craft shops, to charter a small boat, tour the coast and witness the magnanimous rock formations.

Nearby the former site of the Azure Window you'll find the Blue Hole, a deep inland pool home to parrot fish, octopus, lobsters and other marine life. Take a snorkel, or organise a dive if you'd like to venture deeper.

One of Gozo's UNESCO World Heritage Sites, the Ġgantija Temples are Neolithic limestone structures dating back to between 3200BC and 3600BC - older than Stonehenge and the Egyptian pyramids.

It's thought the site served as a ceremonial ground for fertility rituals - you can see some of the figurines found on the site at Gozo's Museum of Archaeology. The temples' name derives from ġgant - Maltese for 'giant' - in Gozitan folklore the enormous megaliths were arranged by giants.

Getting there: From Rabat, take the 307 bus to Xagħra, from where it's a 10 minute walk to the site. 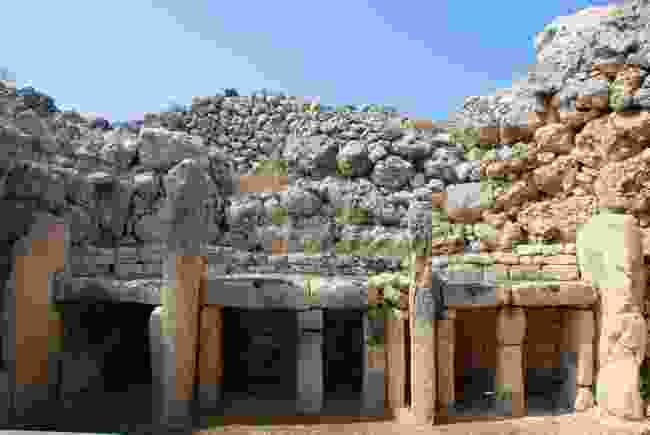