9 wild and wonderful things to do in Chile

From kayaking alongside glaciers to sandboarding in the Atacama Desert, the list of outdoor adventures in Chile is as long and wild as its incredible coast... 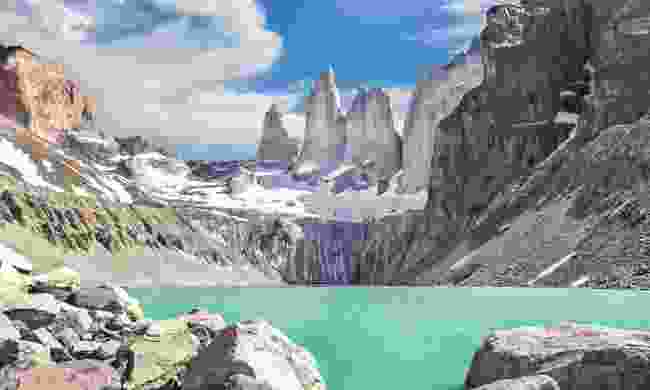 The three granite torres (towers) that penetrate the skyline have become an icon of the national park, yet they're a mere dot on the horizon when viewed in the context of its 1,810 square-kilometre expanse. The beauty of Torres del Paine National Park extends far beyond the three peaks it is named after.

Venture away from the crowded ‘W’ and ‘O’ trekking routes to experience authentic Patagonia in blissful solitude: surrounded by turquoise lakes, dreamy snow-capped mountains, and phenomenal ice-blue glaciers – all without another soul in sight.

Plan a visit in spring (mid-September to November) for the best wild camping conditions. While a trip in the summer (December to February) offers the benefit of higher temperatures, it is worth planning ahead as refugios (shelters) can book up fast.

2. Relax in a hot spring 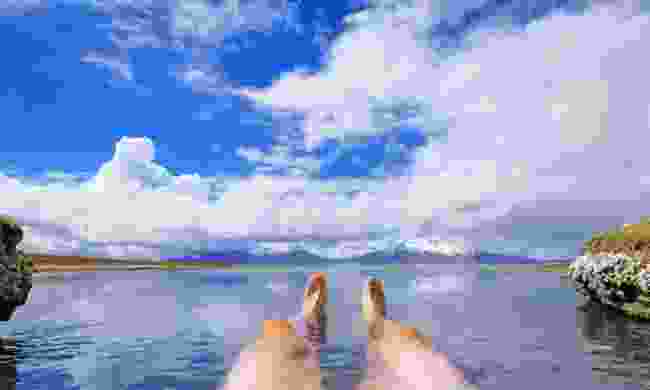 Unwind in one of Chile's many hot springs (Dreamstime)

Thanks to its location on the ‘Ring of Fire’, it comes as no surprise that Chile is – quite literally – a hot spot for thermal springs.

Hikers in the Los Rios region should visit Termas Geometricas to relax after a muscle-aching long trek. Its maze of brick-red walkways, surrounded by lush green ferns and blossoming flowers, make it easy to mistake for an onsen straight out of Kyoto, Japan. Choose from its 17 hot pools, and when things get too steamy there’s always the option to cool off in the waterfalls.

If you're exploring Chile’s wild north, head to Termas Laguna Verde to recline in the circular rock pools with a spectacular view of the world’s highest active volcano, Ojos del Salado, on the horizon. These charming baths are a peaceful spot to soak up the picturesque landscape, and the waters are heated by volcanic activity nearby. 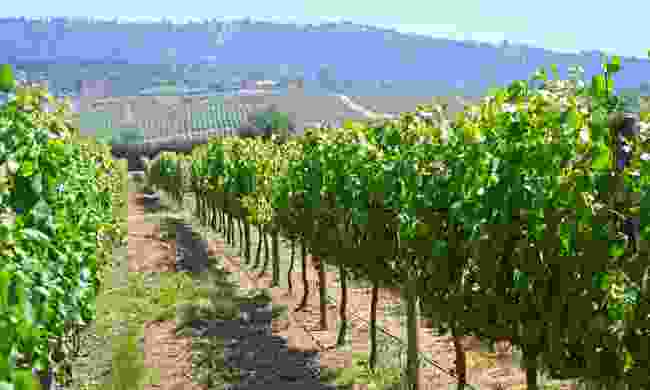 Taste the intoxicating flavours of Chile on a vineyard tour around its rural valleys. Whether you sip crisp sauvignon or light-bodied pinot noir, the cool climate of Casablanca provides the perfect terroir for fine wine.

Another viticulture highlight is Valparaiso, located 64km to the west of Casablanca Valley on the Pacific coast. It was the first port of the Pacific, and its trade route to Santiago remains a key connection between rural Chile and the capital, allowing the free flow of wine to be enjoyed across the country.

There are 12 wineries available to visit year-round in Valparaiso that cater to all palates, whether you’re after organic, unusual, or traditional flavours. Foodies will love the cheese platters and tapas boards paired with the wines on offer.

4. Go wild in the Atacama Desert 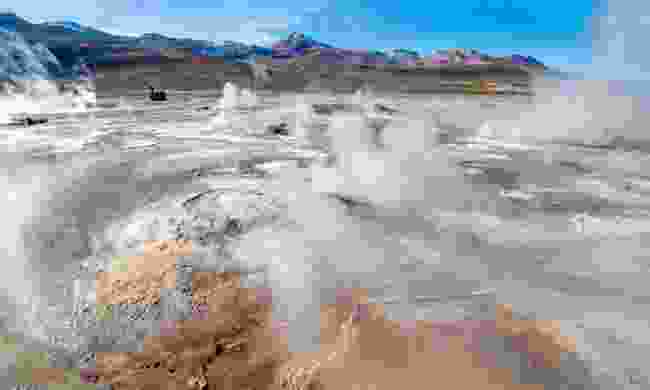 Desolate, dry and otherworldly, the Atacama Desert is a lonely land. But a trip to El Tatio at dawn is always lively: here you can see a phenomenal display of white steam and water spouts spewing from 80 geysers across the area.

To explore the desert, join an organised tour from San Pedro de Atacama – a town set on an arid high plateau in the Andes mountains. You'll set off on the 80km journey north to El Tatio in time to watch the sun rise over a backdrop of earthen hues and cacti-studded mountains – a sight that makes the 4am start worthwhile.

A day trip to the world’s third largest geyser field is a must-visit for those exploring the northern regions of Chile, or crossing over from the Bolivian border. 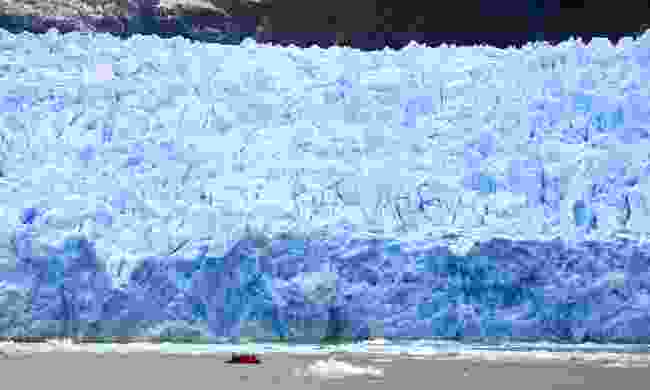 Ice-blue glaciers are a classic sight to seek out when exploring Chile. But coming face-to-face with these majestic ice caps can provide a stark reality check for travellers.

San Rafael Glacier is one of the last remaining relics of Patagonia’s ice age. It is one of the Chilean ‘ice giants’ based in the northern region of Patagonia, but due to increased temperatures and climate change it has already retreated by an astonishing 12km, with scientists warning that it will melt entirely by 2030.

But its not all bad news for these South American stunners. A short hop across the Argentinian border, you can bear witness to one of the world’s few glaciers that are advancing in size: Perito Moreno Glacier. It is 5km wide and 30km long, with a magnificent 73m-tall face. 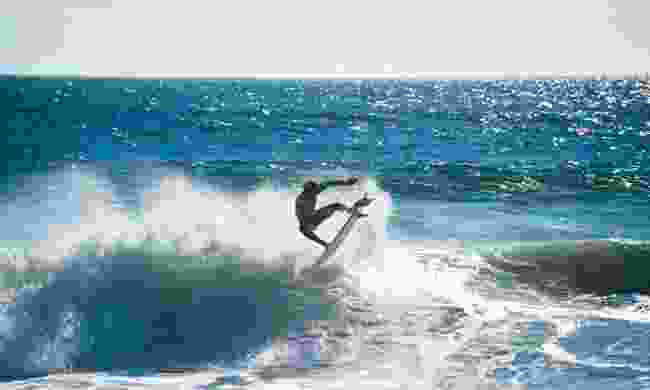 Chile’s enormous coastline is a playground for surfers who are looking to ride some of the best waves in the world.

Golden sands and warm seas make Arica a prime surfing spot, while further south (and easier to access from Santiago) is Punta de Lobos – basically the surfing capital of the world. With waves soaring over four metres high, we’ll let the experienced surfers take it from here.

7. Marvel at the Marble Caves 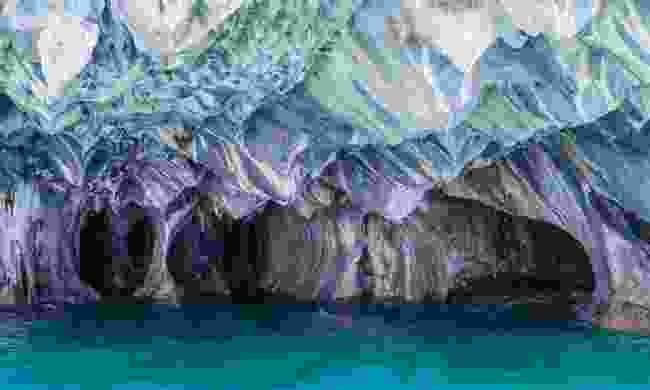 The Cuevas de Mármol, better-known as Marble Caves, have formed on a peninsula of solid marble on the Chile-Argentina border. General Carrera Lake is split between the two countries, meaning access to the caves is only possible by boat – and some travel companies lead guided tours through the naturally-carved archways by kayak.

The interior of the caves varies in hues of grey, blue and green, like an abstract painting. And as if that wasn't magical enough, the colours change with the varying water levels throughout the seasons.

8. Give sandboarding a go 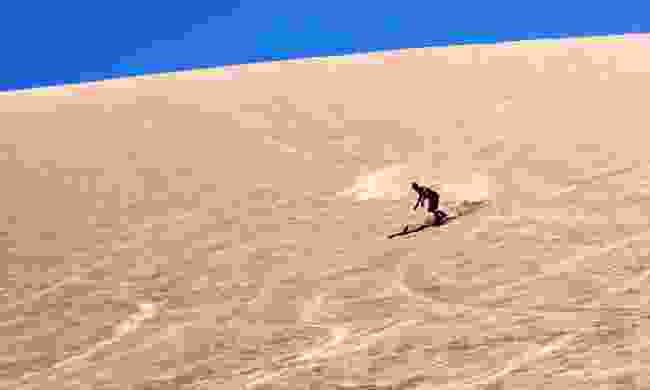 Sandboarding in the Atacama Desert (Dreamstime)

Sandboarding in the Atacama Desert is a major hit with thrill seekers in Chile – and 'Death Valley' is the ultimate place to give it a go.

Remarkably, the few seconds of gliding down the side of the dune isn’t what makes the leg-aching climb to the top worthwhile. It's the contrast between the bounding red mountains and snow-capped volcanoes in the distance, against an uplifting blue sky that makes the experience most memorable – yet there’s still the fun part of trying to hold your balance while gliding down 150 metres of sand.

9. Uncover the secrets of Easter Island 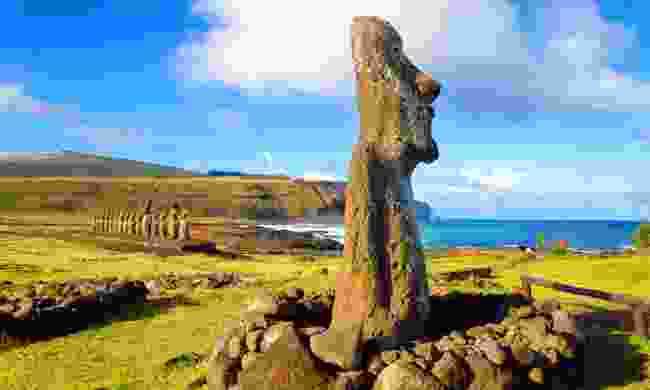 Easter Island holds some of Chile’s most fascinating history, despite being located 3,500km west from the mainland. The remote island was annexed in 1888, however its original Rapa Nui community had already collapsed, due to slave raiders and outbreaks of disease that were carried to the island by foreign ships.

No one quite knows why the Rapa Nui carved more than 800 gigantic stone heads on the island, but they remain a wonder today.

Beyond the stone statues, you can hike around the island’s many trails – including a trek up to the extinct volcano of Rano Kau – or make the most of its highest vantage point where you can see the entire island.

Who is Katherine Routledge, the Easter Island legend?

Why you should visit Patagonia

The best vegetarian recipes to try from Chile