7 things to do in Bucharest, Romania

The budget airline Blue Air is set to fly between London Heathrow and Bucharest Otopeni twice a day from 31 March, bringing the Romanian capital a step closer 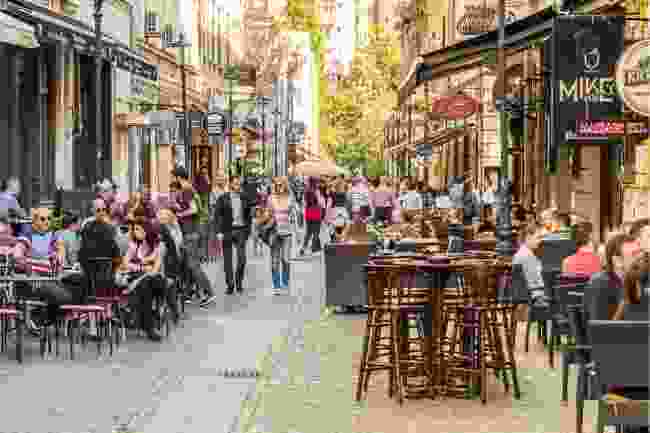 Compact and walkable, the capital’s Old Town is sandwiched between University Square, Boulevard Bratianu and the Dambovita River. While parts of the old town, or Lipscani, were built in the 15th century, much of it dates back to the 18th and 19th century after surviving the bombs of the Second World War and Communist-era city planning in the 1980s.

Get your bearings by spending a day wandering its cobbled streets, browsing restaurants, pubs, street art and secondhand book shops such as Carturesti Carusel – which has been voted one of the world’s most beautiful book shops. Don’t miss the early 18th century Stavropoleos Church and the fountains in Unirii Park by the river.

2. Palace of the Parliament 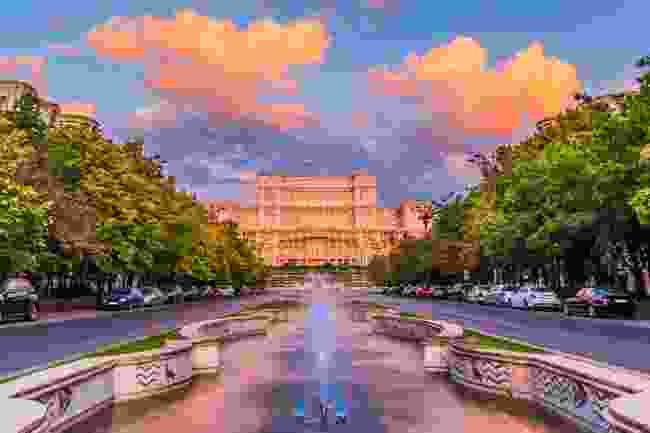 A leafy boulevard guides you from the fountains towards Palace of the Parliament, which was built in 1980 under Communist rule.

It’s fair to say the building is enormous. With 1,100 rooms spread over 12 storeys – four of which are underground, along with a nuclear bunker – it is the world’s second largest administrative building after the Pentagon in Washington DC. Take a guided tour, the highlight of which will probably be the view from the balcony. You can also visit the National Museum of Contemporary Art (MNAC) which takes up an entire wing. 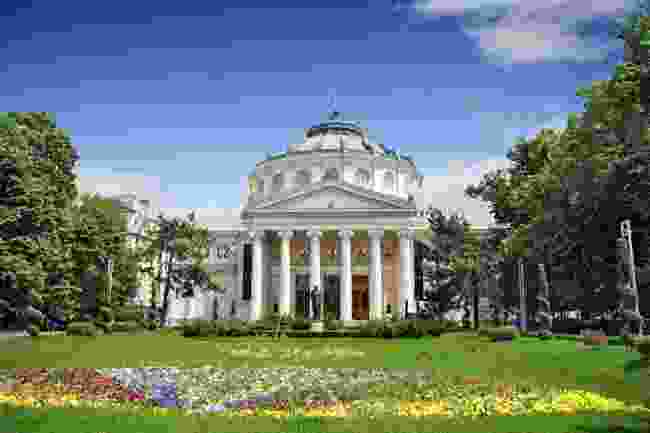 Bucharest has built a reputation for performing arts since the late 1800s. Classical music fans will want to bag tickets to the George Enescu Philharmonic Orchestra, which was founded in 1868 and named after the Romanian composer, pianist and violinist. The orchestra perform in the Romanian Athenaeum, a neoclassical concert hall to the north of the Old Town. You might also want to attend a concert by the National Radio Orchestra of Romania at Sala Radio.

Romanian National Opera is a few streets away and the place to go to watch opera or ballet. It also hosts occasional open-air performances for free. 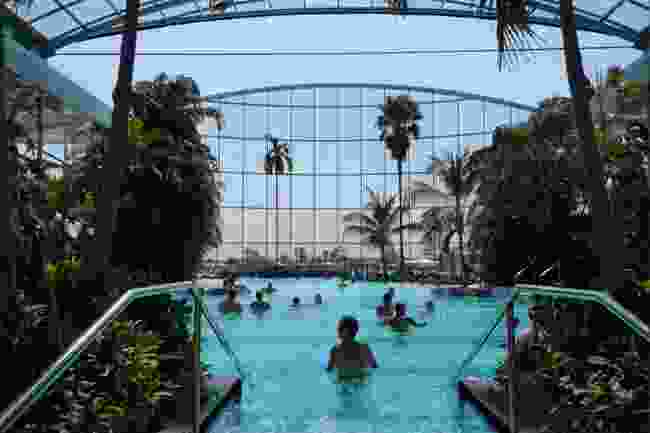 With capacity for 4,000, Therme Bucharest is Europe’s largest geothermal bath complex, with adult-only areas and sections suited to families. You could easily fill a day here.

As well as 10 mineral pools, four steam rooms and six saunas – one of which shows nature documentaries – you can also relax outdoors or on the biggest beach in a European city. The centre is also a botanical garden, home to 1,500 palm trees, 1,200 trees outdoors and 800,000 orchids and other exotic plants inside. 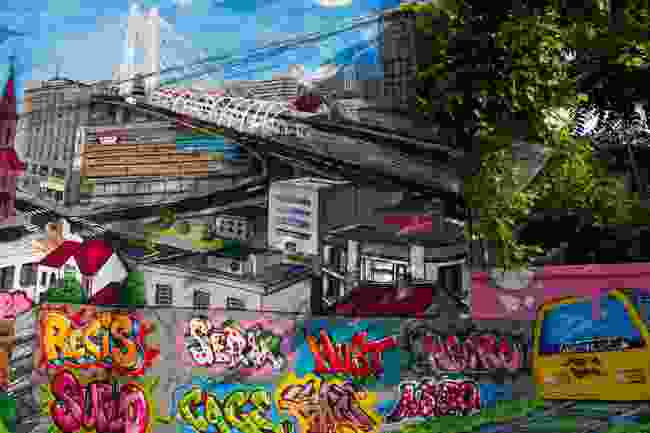 Bucharest comes alive between April and September with festivals dedicated to everything from digital and street art to coffee and wine. Spotlight Bucharest International Light Festival kicks things off in April, with digital art and laser displays projected on to landmarks and set to music. April is also the start of Bucharest Coffee Week, which takes place across the city, particularly in the Old Town. You can meet baristas, watch latte art contests, pair coffee with food and have a go at making a cup yourself – you’ll probably never order a soy milk venti with no foam and a touch of vanilla syrup and cinnamon sprinkles ever again.

More of wine drinker? After Spain, France, Italy and Portugal, Romania has the most vineyards in Europe, so time your visit for May to make the most of ReVino Bucharest Wine Fair. Book ahead if you want a private tour of a vineyard. You can also meet wine producers, taste regional wines and learn how wine is made at events across the city.

Visitors in June meanwhile can attend street parties to celebrate architecture and fashion, interior and graphic design over the 10-day Romania Design Week. Each year has a theme, such as ‘together.’ The location changes each year, although it’s usually held in a landmark that’s not normally open to the public.

Early summer also brings Street Delivery to Arthur Verona Street near the Romanian Athenaeum, which is known for its graffiti and street art all year round. As well as watching murals being painted, you can shop for local handicrafts, join workshops and attend outdoor concerts.

As summer turns into autumn, Art Safari takes over a new location in the Old Town each year. Join a night tour or attend an exhibition celebrating Romanian masterpieces, international art and female Romanian artists.

The George Enescu Festival rounds up the city’s festival programme every odd September. The first one was held in 1958, shortly after the death of the eponymous composer. Attend classical music concerts performed by international orchestras and listen to the George Enescu Philharmonic Orchestra in the Romanian Athenaeum and other major concert halls. 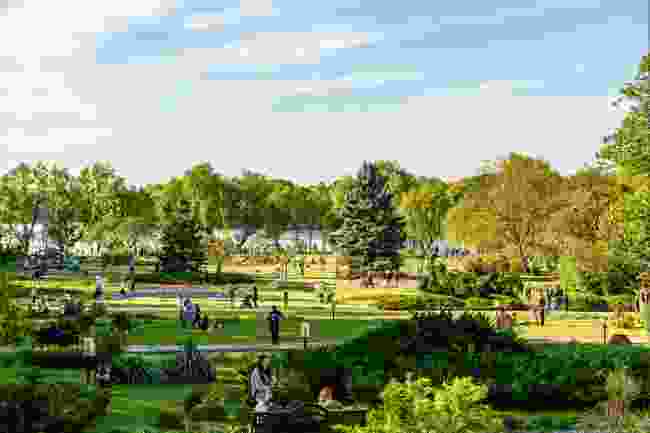 Arcul de Triumf, a landmark arch built in 1935 and modelled on the Arc de Triomphe in Paris, marks the entrance to Herastrau Park in the north of the city. Also known as King Mihai I Park, the vast space is centred around a lake. Depending on the season, you can see roses and cherry blossom in a Japanese garden and hire boats, bikes and skates.

In winter, head to Cismigiu Gardens on the edge of the Old Town, where you can skate on its frozen lake. In warmer months locals play chess near the fountain. 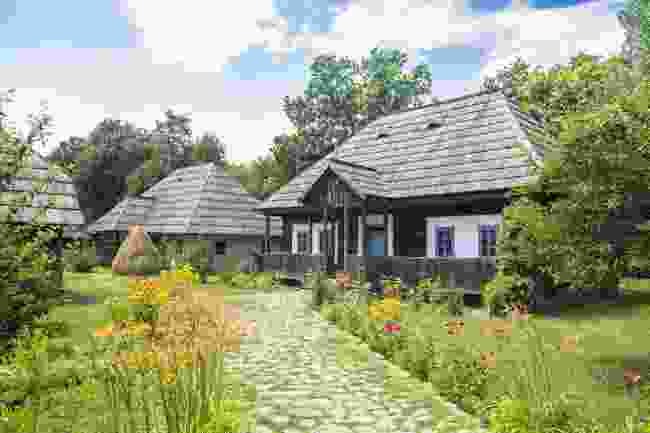 For a taste of Romania’s rural past, visit this open-air museum in Herastrau Park. As well as temporary exhibitions, cultural fairs and children’s workshops, it is home to 272 permanent structures such as windmills, a wine press dating back to 1793 and a shoeing shed, where farriers replaced horseshoes. You can also visit a wax squeezing press, where beeswax was extracted from honeycomb, and explore peasant huts with straw roofs and displays of traditional tools. Some items date back to the 17th century.

You can spend a morning wandering around on your own, meeting locals dressed in national dress and watching women weave kilim rugs on handlooms, before stopping for a traditional Romanian lunch in the village restaurant.

Discovering the charms of Romania's heartland