9 things to do in County Down, Northern Ireland

1. Stop by a stately home 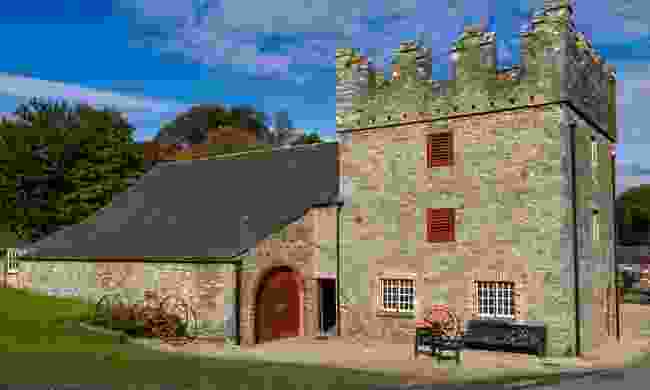 Southwest, Castle Ward’s 18th century mansion stands sentry over the calm waters beyond the turbulent Narrows. Parkland walks follow the shoreline, then through the estate past the castle keep, temple, lake and walled gardens.

Mount Stewart, an elegant neoclassical house in the northwest, is surrounded by world-class gardens and extensive grounds of woodland (home to red squirrels) and meadows.

2. Cycle through Game Of Thrones territory 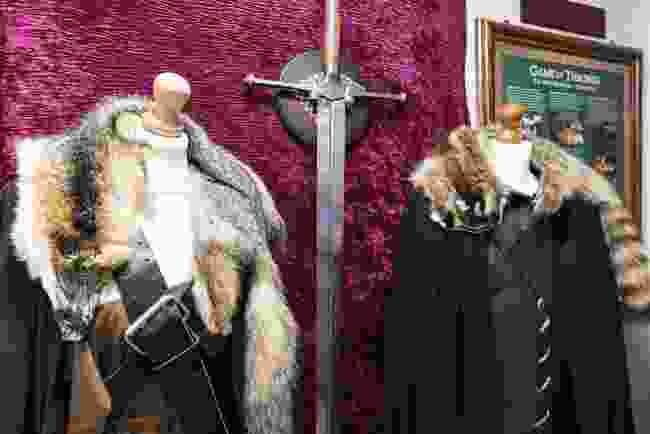 Game Of Thrones memorabilia (The Cuan)

Hire a bike at Castle Ward and pedal your way into a fantasy land. The quiet shoreline of Strangford Lough is far removed from the adrenaline-spiking scenes that took place at Winterfell, but fans will recognise a few locations: the castle gates, courtyard, barn and forge, the shoreline, and Audley’s Castle.

To complete the experience, stay over at the Cuan in Strangford village. There, you'll find one of the 10 doors carved with the stories of the series - salvaged from the Dark Hedges after a storm. Tuck into a banquet, sleep where the cast slept, and enjoy a Thrones-themed breakfast.

3. Go wild on the canoe trail 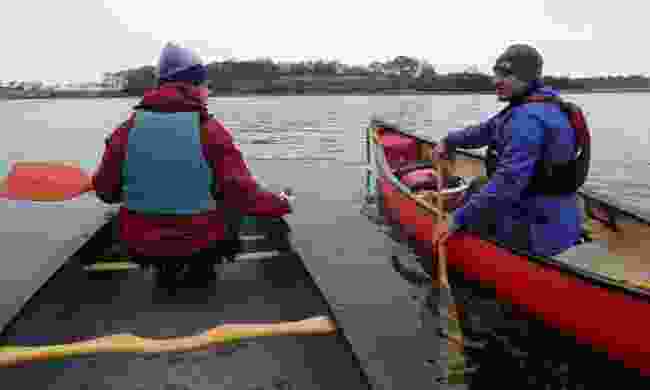 Get out on the water in County Down, Northern Ireland (Helen Moat)

With more than 100 drumlin islands rising out of the water, Strangford is a magnificent lough to explore by kayak or canoe. Migrating sea birds and waders fly in and out, basking sharks lurk beneath the surface and common seals bask in coves.

No canoe of your own? Explore the waterways and islands with Mobile Team Adventure. Once you're done, stay nearby overnight in a bothy (basic shelter) on Salt Island, or opt to wild camp on Horse Island or Reagh Island. From Strangford Lough, follow the River Quoile to the small town of Downpatrick, resting place of Ireland’s patron saint.

At the head of English Street, you’ll find Down Cathedral and St Patrick’s grave. Close by, Down County Museum, in the 18th century jail, chronicles Down's history and prison life in all its brutality - while the Saint Patrick Centre charts the arrival of Christianity in Ireland.

Following the St Patrick Trail will lead you back out of town, too: to the atmospheric Cistercian ruins of Inch Abbey and Grey Abbey, which remain today amongst beautiful surroundings. 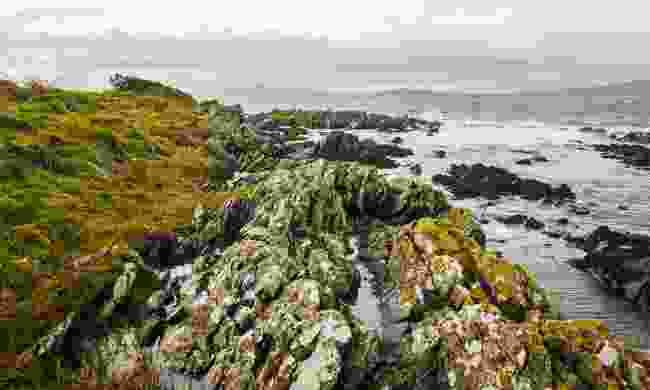 You can walk the North Down Coastal Path from Holywood in Belfast, dropping in at the Ulster Folk Museum, and on along the coastline through wooded country parks to Bangor and Groomsport.

Take shorter walks through the nature reserve at Murlough Bay, Dundrum Bay and along Lecale Way, flanked by the Mourne Mountains.

6. Explore Mourne, the inspiration behind Narnia 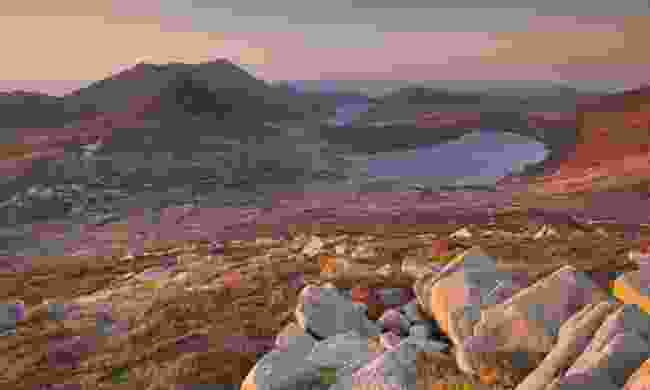 Sunrise over the Mourne Mountains (Shutterstock)

C.S. Lewis stood in Rostrevor & Kilbroney Forest, looking across to Carlingford Lough, and conjured up the mystical land of Narnia: the focal point of his 1950s children's book series.

At the edge of the otherworldly Mourne Mountains, you can picture Narnia for yourself. There's a Narnia-inspired trail for the young and young-at-heart to stroll along.

Stop off at Silent Valley and Spelga Dam reservoirs to walk through magical landscapes of woodland, water and conical mountains.

If you're into climbing, go for Slieve Donard: Northern Ireland’s highest mountain. Start at Newcastle's seaside, following a steep-sided ravine to the col, then the wall to the top. Donard drops straight to the ocean with views from the summit across to the Isle of Man, England and Scotland on clear days. 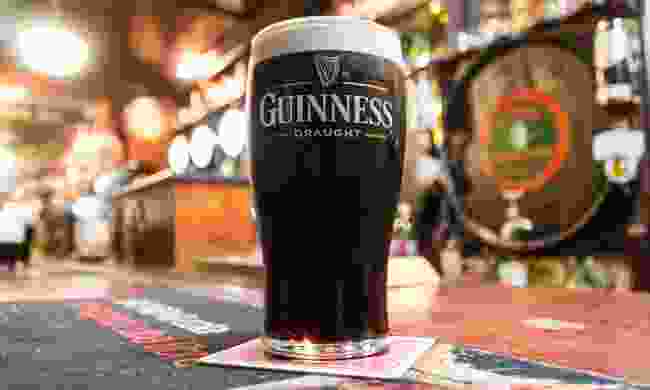 Irish pubs are not just known for their fine whiskeys and craft beers, but also for their fast-and-furious folk sessions and warm craic – the quick-witted banter Ulster folks are known for.

To enjoy Irish pub atmosphere at its best, head for the Anchor Bar at the foot of the Mournes in Newcastle, or the Rostrevor Inn on Carlingford Lough. Both serve excellent food to soak up the alcohol, while the Rostrevor Inn also offers comfortable accommodation upstairs if you’ve had one too many.

In the heart of the Ards Peninsula drumlins, you’ll find Echlinville Distillery. Enjoy afternoon tea at the manor, a tour of the distillery with its lovely copper stills, and a tasting session of fine single malt whiskeys and smooth aromatic gins. 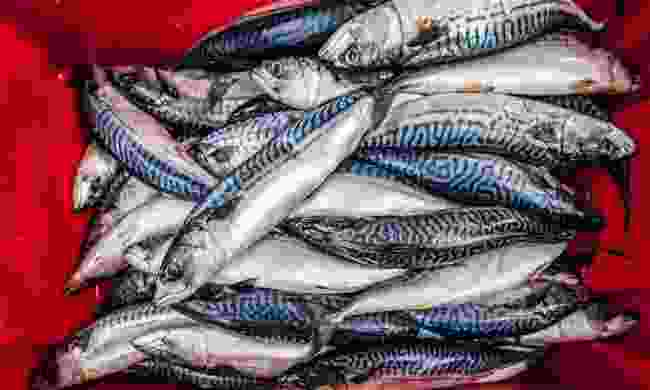 Down is dotted with fishing villages and restaurants specialising in seafood. Pier 36 in the harbour town of Donaghadee offers seafood platters, along with Strangford mussels and Portavogie prawns.

After a bracing walk in the Mournes, warm up with a steaming chowder of clams, mussels and smoked haddock served with nutty wheaten bread at Maghera Inn. Or trek to Tilly’s Tearoom, at the historic clachan of whitewashed cottages in Hanna’s Close.

To taste a seashore larder of herbs and seaweeds in all its wildness, head for Brunel’s in Newcastle, where the head chef is a passionate forager.

9. Relax in a room with a view 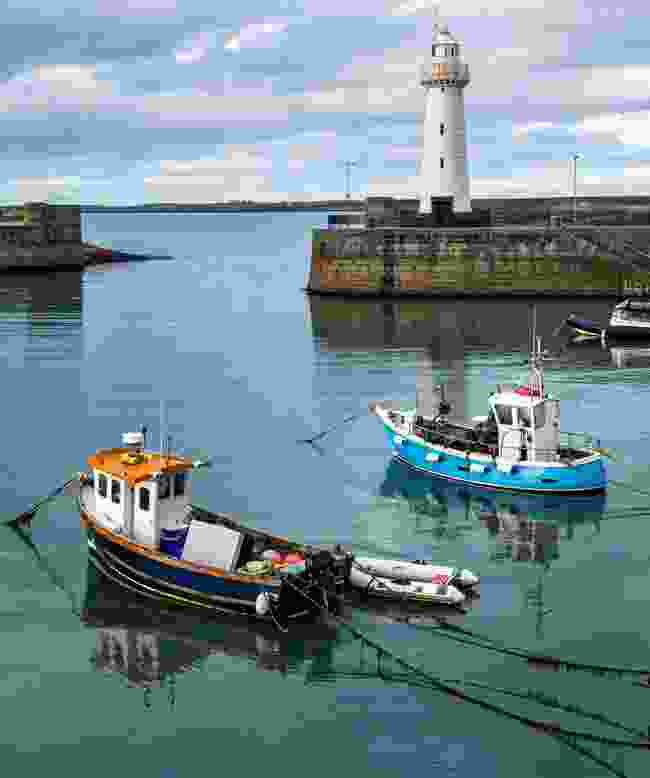 One Shore Street, in the chic seaside town of Donaghadee, offers scenic accommodation with unbeatable views of the lighthouse. Add in a candle-lit breakfast, fireside dining and fresh organic food and the hotel oozes Scandinavian hygge.

On Strangford Lough, the Portaferry Hotel has rooms overlooking The Narrows, a deep, eight km-long channel which exposes sandflats during low tide.

The old railway hotel of the Slieve Donard, in contrast, is all neogothic grandeur with stately rooms in the turrets, offering 180-degree views of the Irish Sea and Mourne Mountains. Head for the pool and spa with ceiling to floor views of the bay.

For more info on County Down, see Visit Ards and Northdown and Visit Mourne Mountains

More to explore in Northern Ireland: