7 of the best things to do in Belarus

With the European Games fast approaching and a burst of interest after the global success of HBO's Chernobyl series, there's never been a better time to get to know Belarus...

A country that’s coming in from the cold, there’s never been a better time to visit Belarus. Not only have new visa-free regulations come into place, but the country is about to host a major world event.

The European Games kick off in the capital Minsk (21 to 30 June 2019), with nine of days of sporting action that will pave the way for the Olympics in Tokyo next year.

Add in the global response to HBO's harrowing, highly-rated miniseries Chernobyl, and the spotlight is firmly shining on this landlocked nation, which is sandwiched between Russia, Ukraine, Poland, Latvia and Lithuania.

Here, we reveal the very best experiences that await in this intriguing yet often overlooked former Soviet republic... 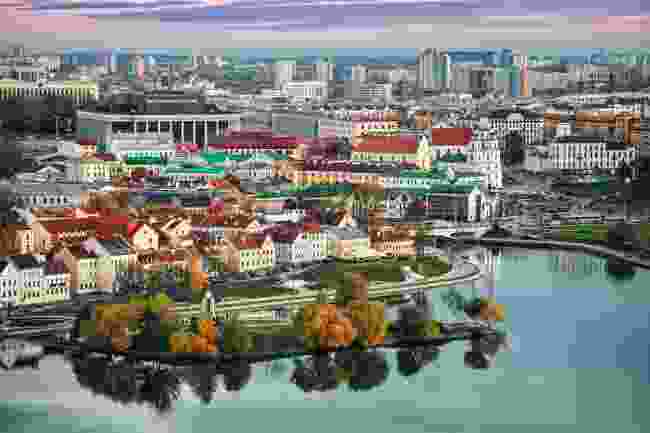 A panorama of historic Minsk, the capital of Belarus (Shutterstock)

Stately squares, pretty parks and handsome boulevards, Minsk is a city that takes many by surprise. Independence Avenue, the longest street in the city at more than 15km long, is a good place to start.

Stroll along part of it and you’ll see striking examples of ‘Stalin Empire’ architecture and cross five of the city’s squares including Victory Square (pictured below), dominated by the Victory Monument erected in 1954 to honour the troops of the Soviet Union. 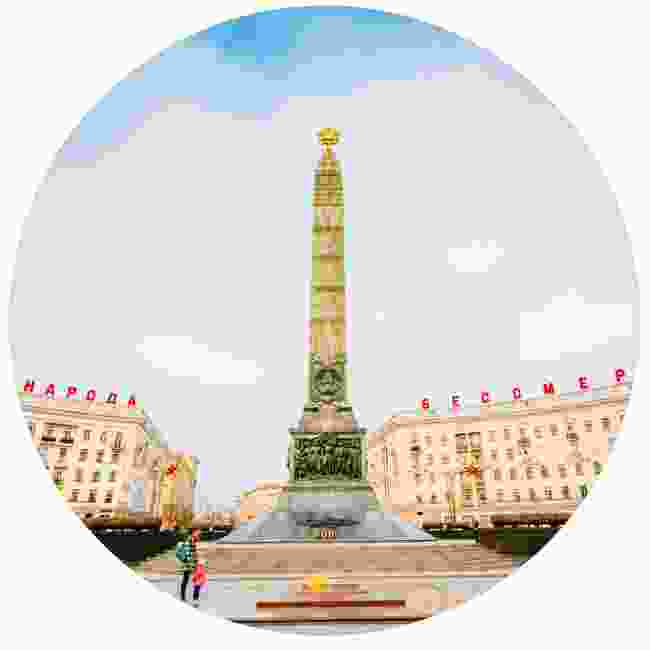 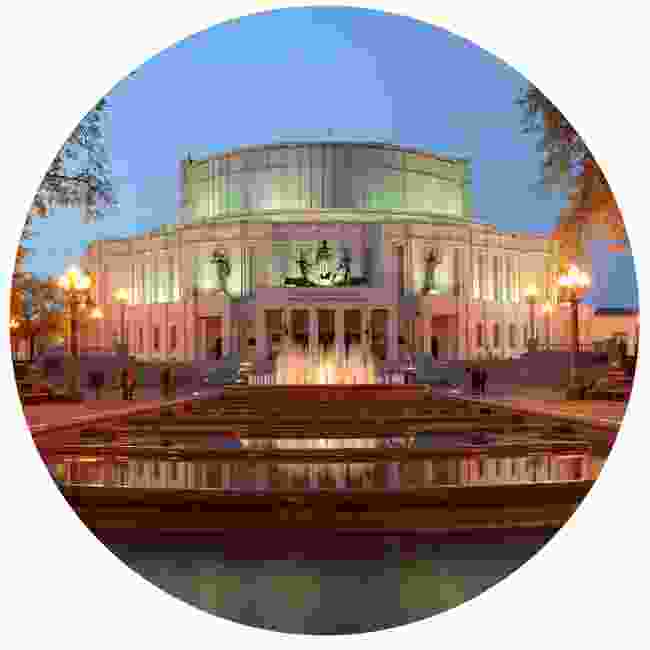 Other impressive architecture awaits at the National Opera and Ballet Theatre (pictured) and the earthy red exterior of the Church of Saints Simon and Helena. As one of the only buildings to survive WWII, it has certainly enjoyed some divine intervention.

Best of all, a city break here will cost you a fraction of other tempting destinations after Minsk was named the cheapest capital city in Europe last year. A cappuccino will set you back about £1 while a beer costs less than 70p. Cheers! 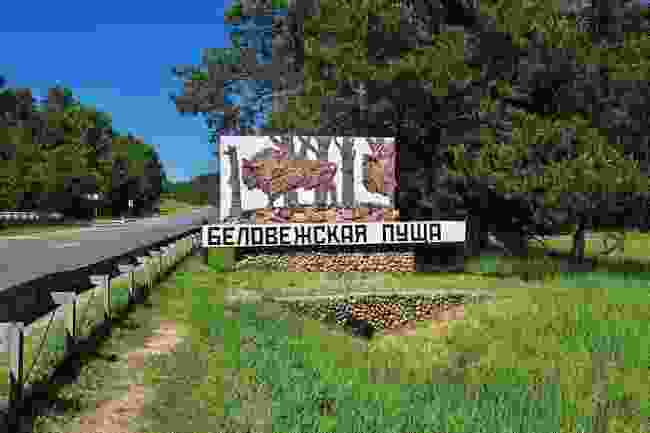 Beyond the urban delights of Minsk is some of the most rewarding countryside in Eastern Europe. Arguably the most important slice of wilderness is Belovezhskaya Pushcha National Park, the last remaining patch of primeval forest that once stretched from the Baltic Sea all the way to the banks of the Buh River.

Located 340km southwest of Minsk, in the Brest region of the country, and famed for its ancient oak trees (some of which are more than 500 years old), it is one of four national parks in the country. and was first recorded in the year 983.

Home to the largest population of European bison, Belovezhskaya Pushcha was once the preferred hunting ground for nobility but these days all the wildlife, from the wolves to the woodpeckers, are protected.

3. Find out why Belarus is so 'blue-eyed' 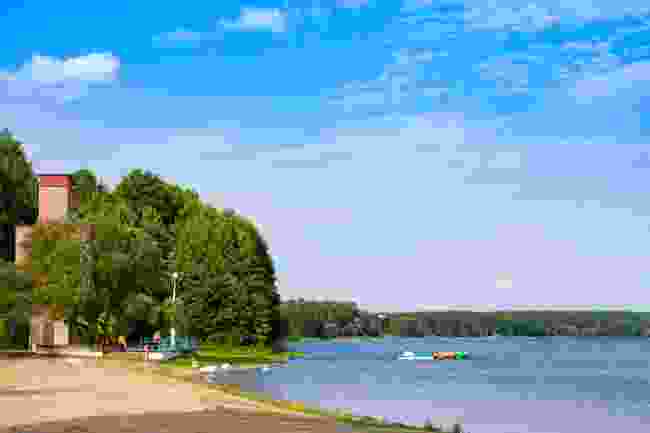 Blue-Eyed Belarus – as it’s affectionately known on account of its 11,000 lakes – is a country that hasn’t allowed its landlocked geography to dampen its love of water.

Its glacial lakes and 20,000 rivers were formed with the melting of the Valdai glacier around 13,000 years ago, creating a wonderfully romantic landscape.

Naroch Lake and the clear Narochanka River are good spots for fishing and kayaking but the country’s most beautiful body of water is, arguably, just over the border.

Svityaz Lake, in Ukraine, is surrounded by myth and legend. Apparently, a city once stood there, until residents flooded it during a siege believing it to be better to die than live in captivity.

4. Discover the OTHER side of Chernobyl 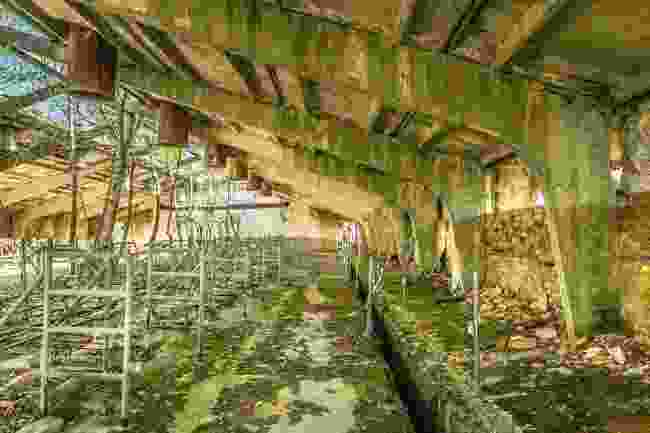 An abandoned farm in the Belarus Exclusion Zone, open to the public from April 2019 (Shutterstock)

Most people associate Chernobyl with Ukraine but Belarus was also heavily affected by the disaster in 1986. In fact, it’s claimed that 70% of the radioactive particles spewed out by the plant landed across the border in Belarus resulting in 135,000 Belarusians being evacuated and relocated.

Fast forward some 33 years and there are two exclusion zones in place – one of which opened, in part, to tourists just two months ago. So, what awaits those who are brave enough?

Well, the spine-chilling experience focuses on the Polesie State Radioecological Reserve, a secretive area hidden 15km deep into the forest. 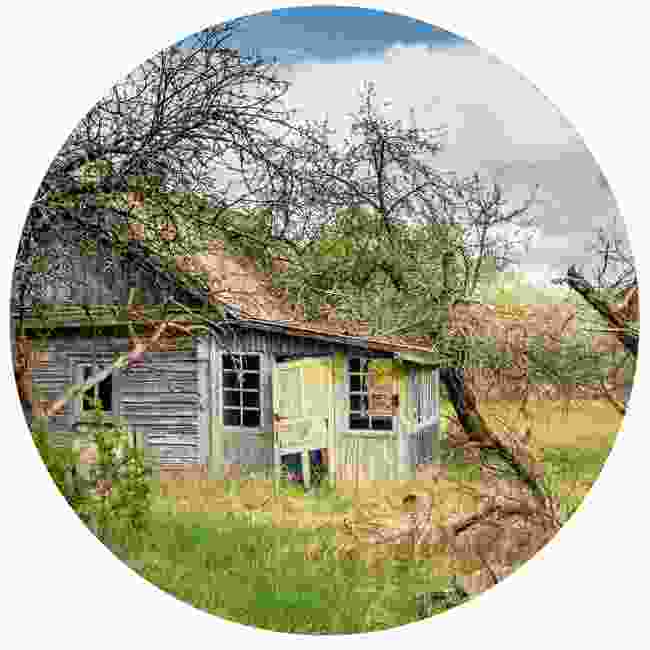 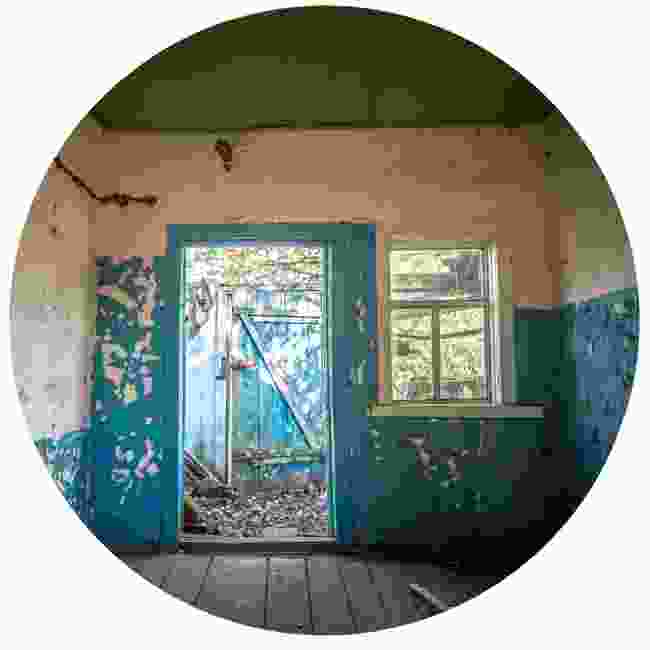 Here, you won’t only learn about the contamination from the reserve’s scientific team and visit some of the 95 eerie villages that were once home to a population of 22,000 but also discover the surprising amount of bird life that the area now attracts.

There are also glimpses of industrial buildings and more intimate details such as abandoned boats still moored on the Pripyat River.

And rest assured, it’s perfectly safe with experts reassuringly declaring that the radiation dose to visitors is less than that of an average plane journey. 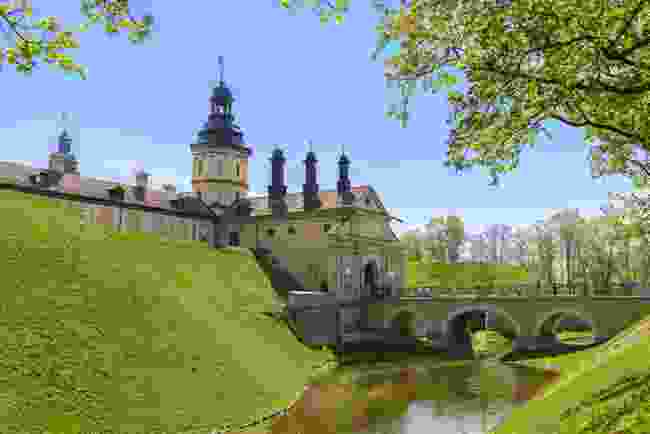 From Cinderella to Dracula, who doesn’t love a castle? And Belarus has a few fair. After gaining independence in 1991, the government sprang into action and set up restoring many of the country’s most historical and beautiful castles.

Once such place given a whole new lease of life was Puslovsky’s Castle, with its battlements, tall turrets and neo-gothic facade. There are over 100 rooms and towers that symbolise each month of the year, the four tallest representing the summer months when the harvest is reaped.

Another not to be missed is Nesvizh. Dating back to the 13th century it was once home to Radzivili dynasty and continues to be surrounded by landscaped gardens and ornamental lakes. Some of the original earthen walls can still be seen today. Cinderella would be most impressed. 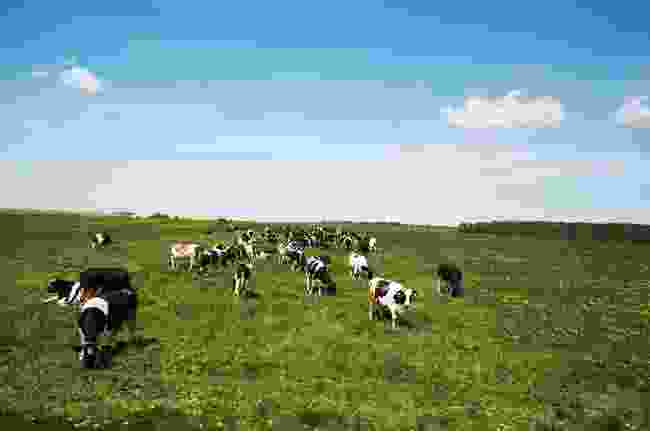 Cows stroll on a farm near Minsk, Belarus (Shutterstock)

For most Belarusians, a few days in the countryside ranks amongst life’s greatest pleasures with many seeking solace in the abundance of rural boltholes, many of which are farms, that have opened their doors to tourism.

There’s something to suit all tastes, from working farms that offer a rather rustic option to fancy farms that have truly reinvented themselves.

One such example is the Forest Inn Farmstay, with a two-bed guest house perched on the fringes of a forest an hour’s drive from Minsk.

You won’t find a TV here (hurrah) so entertainment comes in the form of loudly chirping birds and long walks to the Neman River and nearby villages.

7. Be beguiled by Belarus's tractors 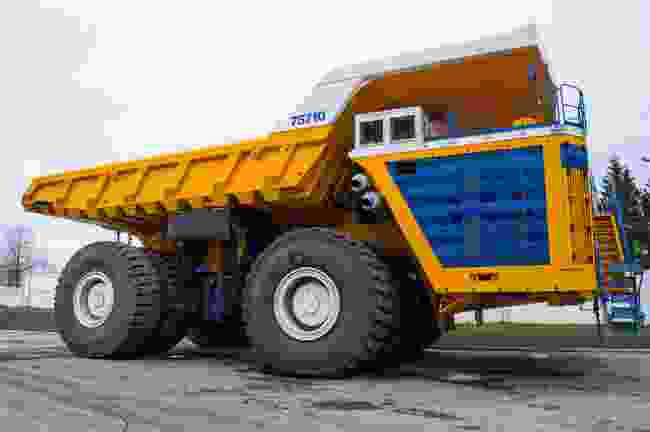 The BelAZ 75710 in all its heavy machine glory (Shutterstock)

Prepare to be amazed by some seriously cool tractors. Yes, tractors. Bear with us…

Admittedly heavy duty machinery rarely features on most holiday itineraries, but they really should do on a trip to Belarus, which proudly produces the world’s largest: the BelAZ 75710.

Standing at almost 9m in height and capable of carrying 450 tonnes, it’s feat of engineering that they are rightly proud of.

There’s even a tour to see the production line along with a guided stroll around Zhodino, the district specifically built for workers at the plant, 40km outside of Minsk.

And of course the experience wouldn’t be complete without taking a spin on one yourself – in the passenger seat, obviously!

See the best of Eastern Europe: