7 of the best things to do in Armenia

From stunning hikes amongst beautiful rural monasteries and churches, to visiting a hill of shacks minutes from the capital’s centre, there’s plenty to discover in this little-visited country...

Here are the very best things to do in Armenia...

1. Explore a walk through the capital, Yerevan 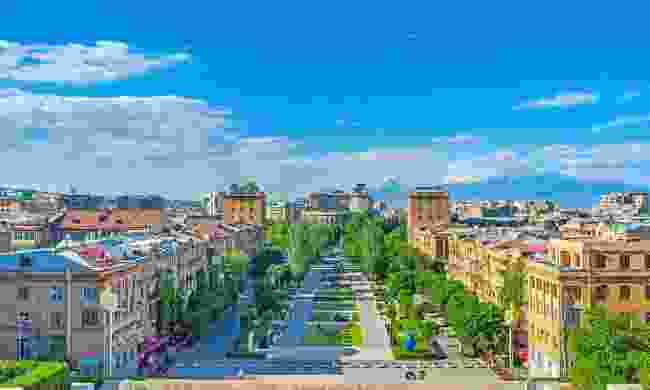 Yerevan’s street culture is an exotic mix between Marseilles and old Beirut, with a good sprinkling of Soviet influence. It’s a curious mix. Don't be surprised by such sights as an aged Lada scooting casually past a glossy Gucci store.

A good spot to survey the city from is the Cafesjian Centre for the Arts, a new contemporary art museum by Cascade, with a sculpture and flower garden featuring a huge flight of stone steps.

2. Hike to the beautiful monasteries of Armenia 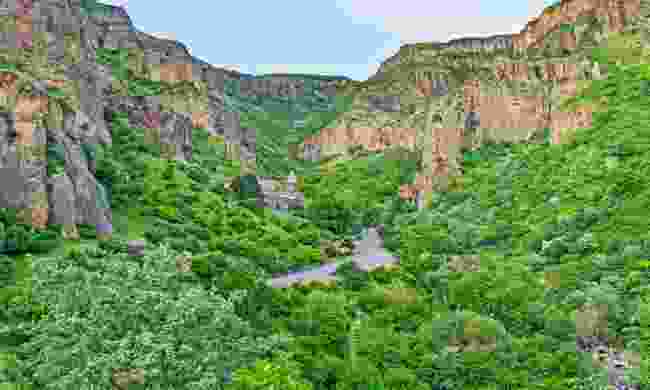 Many of Armenia’s medieval churches and monasteries are set in stunning remote mountain settings. So, they're doubly interesting for hiking enthusiasts and those with a passion for history or an interest in religion.

Armenia is actually touted as the first country in the world to adopt Christianity as its official religion, in the year 301 AD. Today, 95% of its population is thought to be Christian.

So, there are many places to explore. If you have to narrow it down, see the Etchmiadzin Cathedral and churches in the city of Vagharshapat (formerly Ejmiatsin), which is a short drive from Yerevan. The Haghpat and Sanahin Byzantine monastery complexes founded in the 10th century are also well worth viewing.

Don't forget the grand Geghard Monastery nestled in the gorgeous Upper Azat Valley, a possible jam-packed day trip from the capital. Walk from Garni Temple alongside the Azat River to reveal striking basalt column cliffs with tube-like rock formations, too. 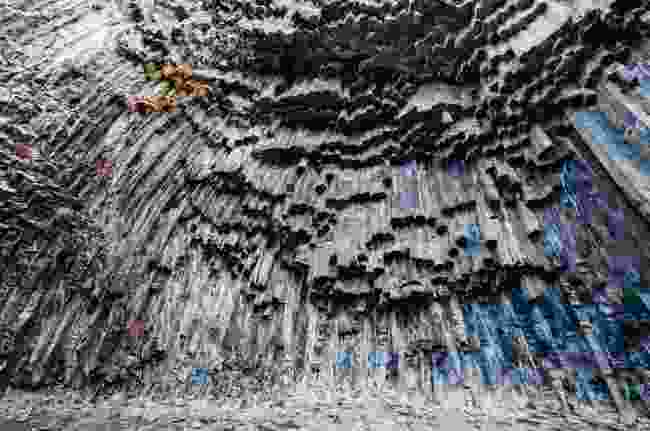 The impressive geological point of interest Symphony of the Stones, near Garni (Shutterstock)

The village of Garni, approx 23km away from the capital, has a first century Hellenistic-style temple to discover.

A hike from the temple below the village along a path alongside the Azat River, where it meets the River Goght, reveals astounding well-preserved basalt column cliffs that feature tube-like rock formations, known as the Symphony of the Stones.

On your stroll, you'll also see an 11th century bridge and pass a number of pretty waterfalls. 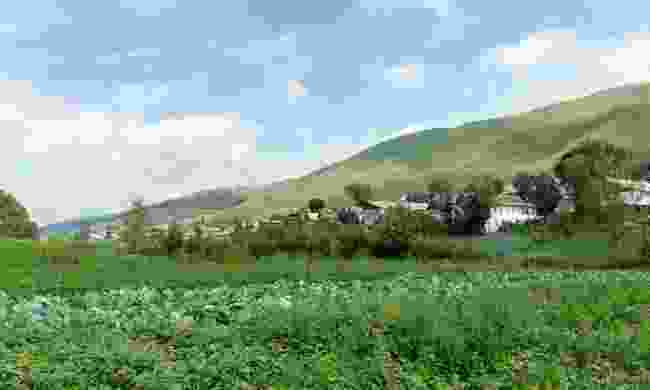 Fioletevo is the village of the Molokans in Armenia (Shutterstock)

The village of Fioletevo is home to around 3000 Molokans, a highly religious sect regarded as outside the traditional Eastern Orthodoxy, Catholic and Protestant denominations of Christianity.

They abide by the words of the Bible quite literally: they do not pray in front of a cross because it was made by human hands, or worship saints or icons. They follow centuries-old rules, such as only being allowed to marry other Molokans, men being bearded, men dressing in dark trousers and a white shirt, and women wearing headscarves and long dresses.

If you're interested to see beyond the typical visitor spots of Armenia, you can visit Fioletevo through tour companies such as Ayastour.

5. Visit a favela-like maze of homes 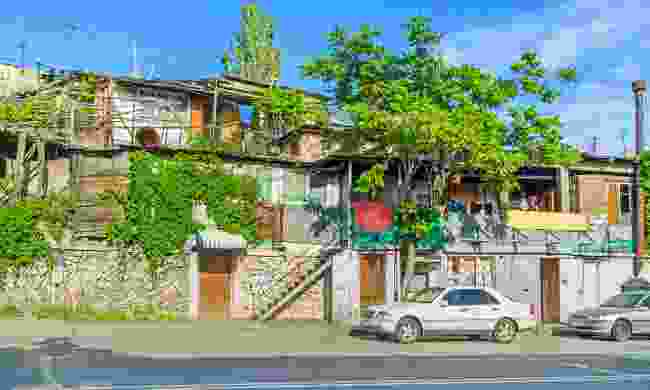 Homes in the Kond District (Dreamstime)

This post-Soviet country has much poverty and you will be struck by the number of beggars on the streets of central Yerevan.

Whilst the smart city centre may indicate a certain level of wealth for many citizens, a five minute walk up a hill to the Kond neighbourhood, on the western edge of the city, may suggest otherwise.

One of the capital's oldest areas, dating back to the 17th century, Kond's winding passageways are reminiscent of a Brazilian favela. It’s safe to walk around during the day, and gives an insight into the day-to-day lives of many Armenians. 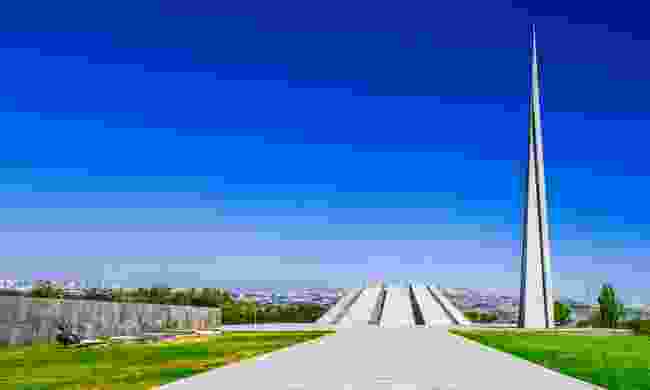 Armenia gained her independence in 1991, following many centuries of strife and discord with past rulers and attackers - the Greeks, Romans, Mongols, Persians, Ottomans and Soviets among them.

One dark and upsetting chapter in its history is explained on a hilltop to the west of the centre of Yerevan, at Tsitsernakaberd, the Museum of the Armenian Genocide.

As well as displays about the atrocity (which is unrecognised as genocide by neighbouring countries such as Turkey and Azerbaijan), 12 large stone monuments lean over a sunken flame, that has flickered for half a century. These stones commemorate the deaths of Ottoman Armenians between 1915 and 1923. 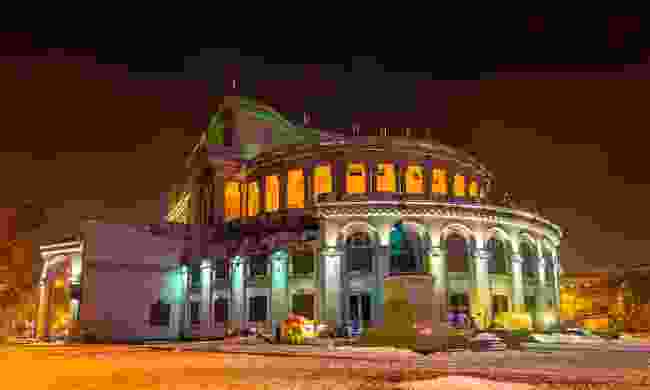 The capital has a good choice of bars, clubs and restaurants, as well as an impressive opera house.

A great little joint to while away the small hours is the characterful and cosy Malkhas Jazz Club, with two nightly live performances and open until three in the morning. Owner and ‘father of Armenian jazz’, Levon Malkhasian, performs several nights a week.

And one *just* outside of Armenia... admire the majestic Mount Ararat 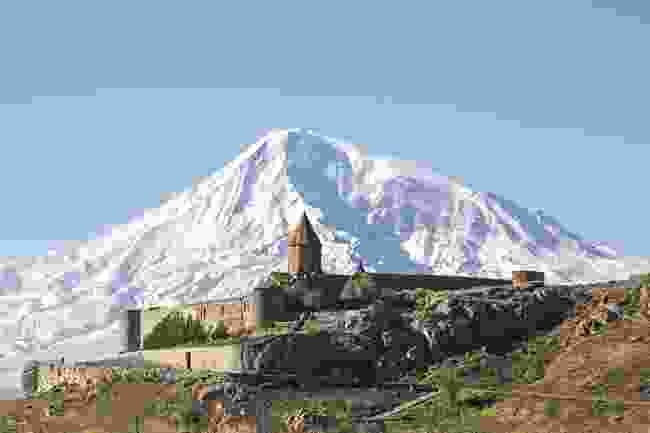 Khor Virap Monastery, with Mount Ararat as a backdrop (Shutterstock)

Despite lying within the modern borders of Turkey, this is undoubtedly an iconic mage of Armenia. 30km from Yerevan and visible from much of it, this beautiful volcanic mountain rising 5137m, has a pilgrimage site at its base.

Right by the Turkey-Armenia border lives one of Armenia’s most historic and picturesque monuments: the Khor Virap Monastery. It’s the most accessible of the major out-of-town sights. Although you can’t climb the mountain, it’s worth visiting for the stunning landscapes alone.