9 of the world's most awesome aqueducts

Ancient and beautiful, these stunning aqueducts - from Peru to France to India - have stood the test of time to become must-see constructions

Constructed entirely without mortar, this ancient aqueduct in the south of France was built by the Romans halfway through the 1st century AD to supply fresh water to the city of Nimes.

The three-storey bridge, which measures 360 metres at its longest point along the top, is considered both a technical marvel and a work of art. From the Middle Ages to the 18th century in was used as a conventional – albeit spectacular – footbridge across the river. 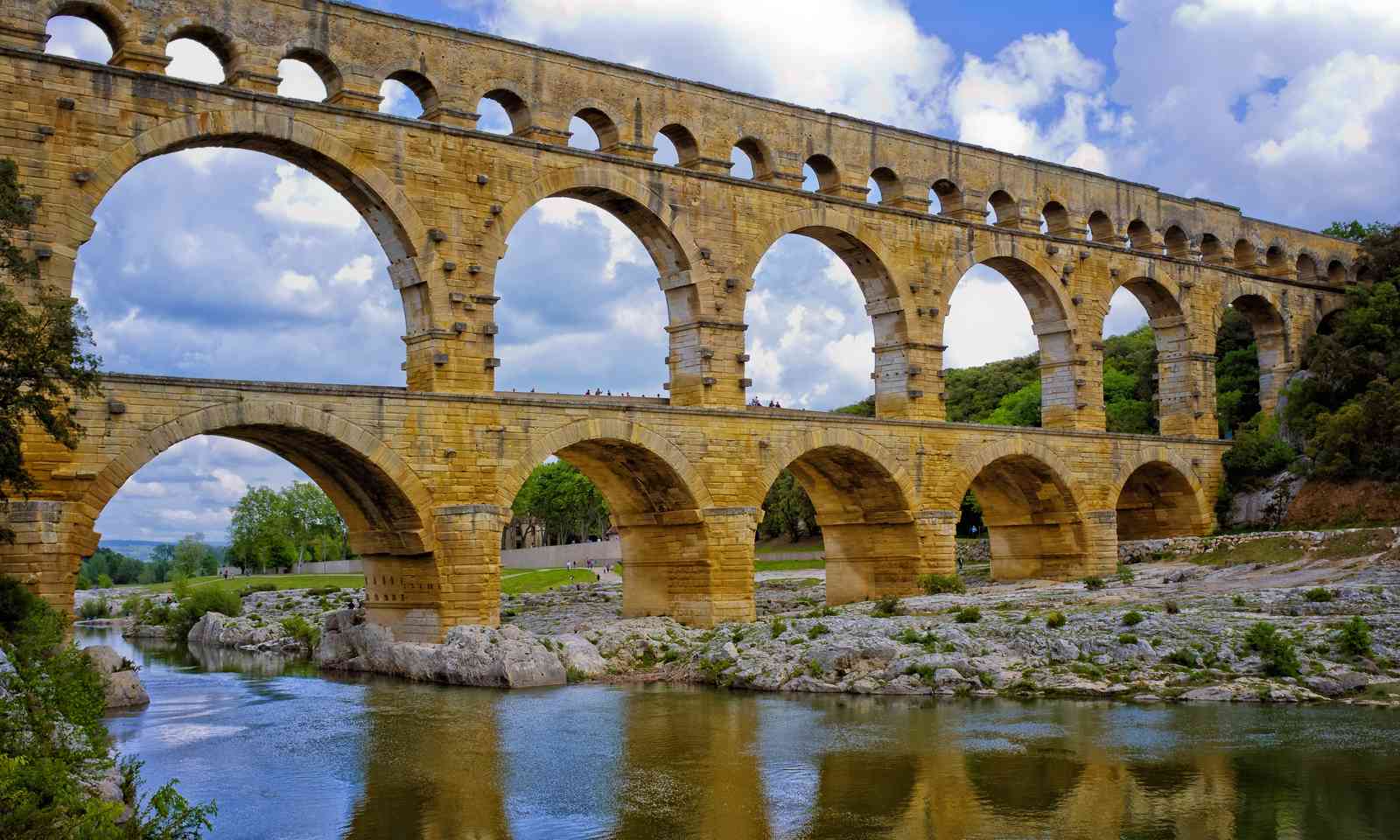 Today, Pont du Gard is one of France’s top five tourist attractions, with over 1.5 million visitors each year. Constructed out of soft yellow limestone blocks, taken from a nearby quarry that borders the river, Pont du Gard is a stunning construction that looks as though it was always meant to be there.

In summer, it becomes a popular swimming and picnicking spot, with the beach on the right bank, 200 metres from the bridge, enjoying one of the most spectacular backdrops in the country.

Be warned: There is no diving allowed.

Still working today, this system of over forty aqueducts in the dry Nazca desert in Peru was built between the 3rd and 6th century AD to help the Nazca people survive – and flourish – in the arid desert climate 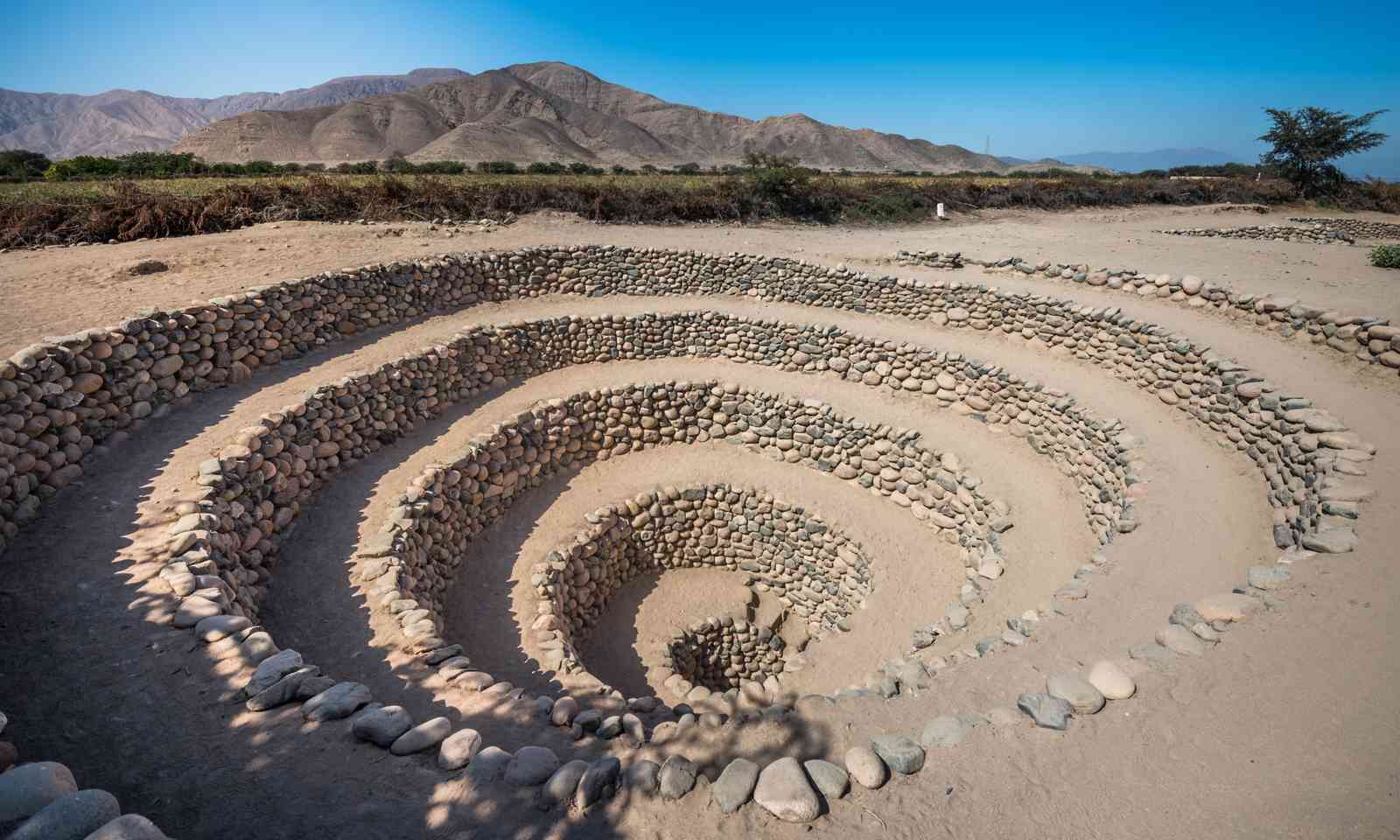 The heart of the system is the puquios (water eyes). These constructions, formed of concentrical paths, lead down to the underground channels that lay at the heart of the system, making maintenance easier and giving direct access to the water. You’ll find the best preserved puquios in Cantalloc.

The Valens Aquaduct is the best-preserved section of a water system that reached over 250 kilometres in length and provided water to every corner of Constantinople (modern Istanbul) during the reign of Roman Emperor Valens. Built in 368 AD, it was the longest single water supply system in the ancient world, and was restored by several Ottoman Sultans, keen to continue watering the city during the Middle Ages. 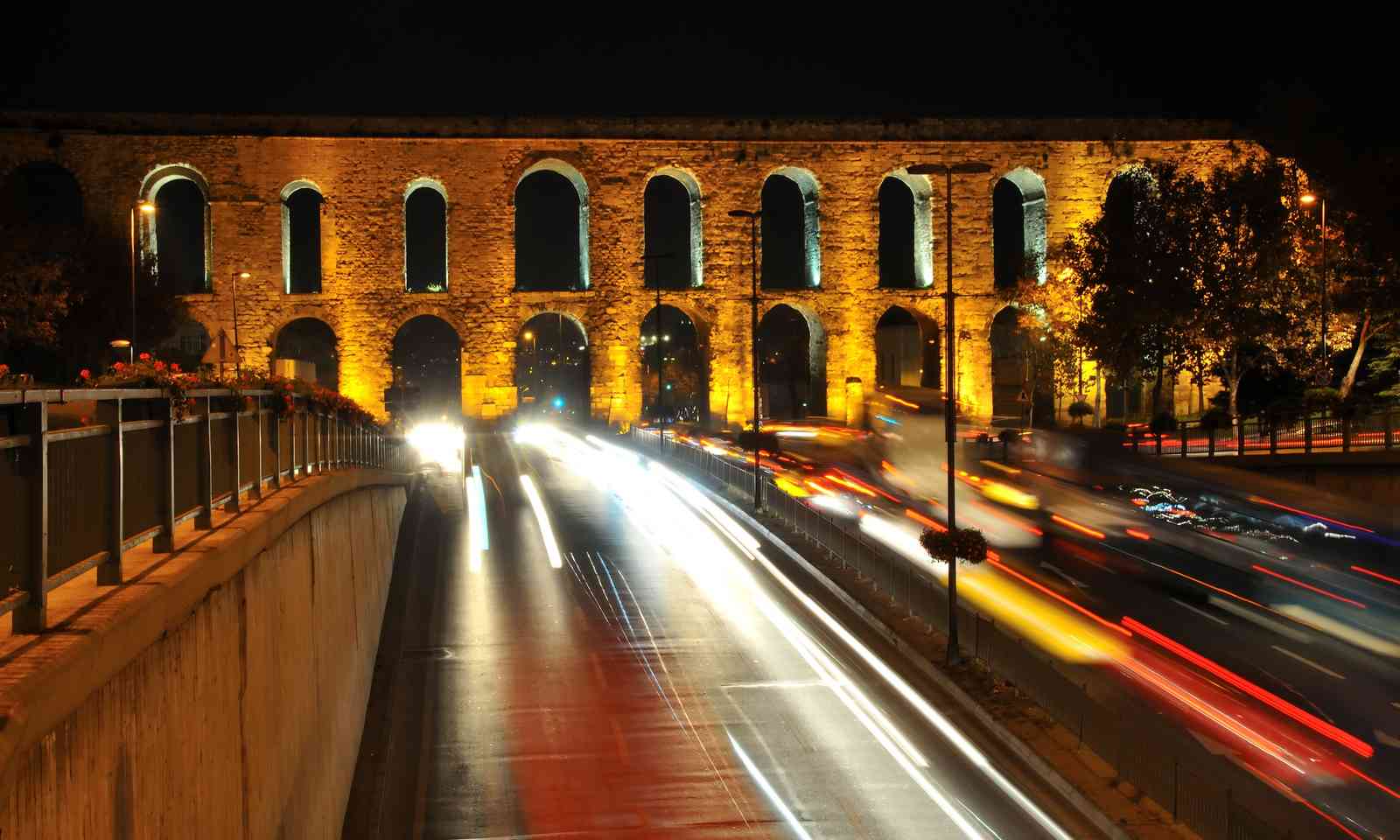 The best surviving section is 921 metres long and these days has the busy Atatürk boulevard passing under its arches. Indeed, the monumental structure offers welcome shade for those caught in the city’s rush hour traffic.

Built around 50 AD, the Aqueduct of Segovia is one of the best-preserved monuments left by the Romans in Spain. The ancient aqueduct carried water 16 km from the Frío River to Segovia and was still providing the city with water in the 20th century. Aqueduct of Segovia at sunset (Dreamstime)

Built from some 24,000 massive granite blocks, without the use of mortar, the aqueduct has become a symbol of Segovia, floodlit at night and the focal point of this lively part of the city. It’s hard to miss: the above-ground portion is 728 meters long with 165 arches more than 9 meters high.

Hampi was the last capital of the last great Hindu Kingdom of Vijayanagar in India, a place littered with Dravidian temples and palaces, built by its fabulously rich princes. It is also home to one of the most sophisticated systems of aqueducts and canals outside the Roman world. 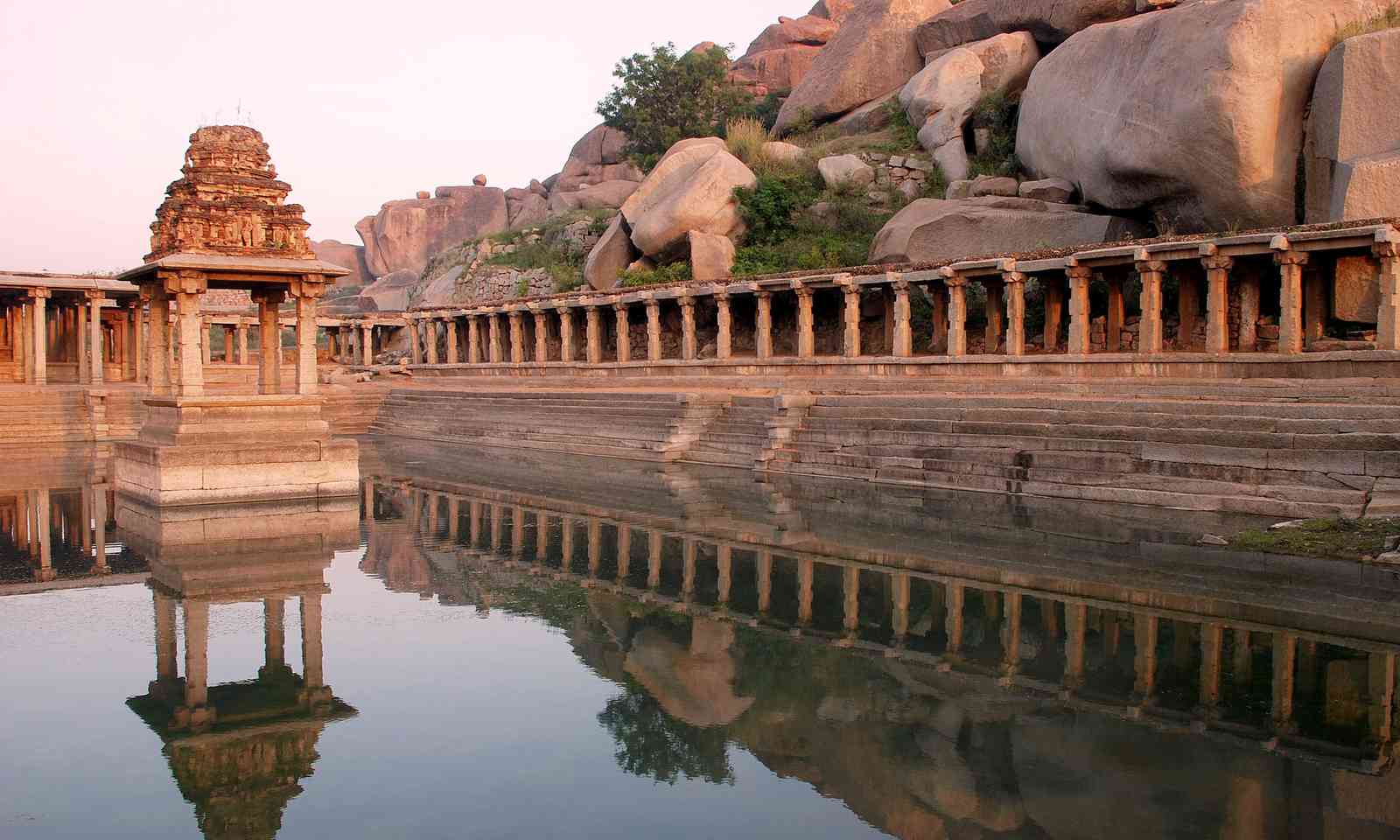 The site is crisscrossed with a network of irrigation canals used to bring water from the Tungabhadra River to fill the capital’s the tanks and baths. Water inside the temples was provided by underground aquaducts, hidden for centuries before being discovered by archaeologists.

The star of the site, however, is Bukka’s aqueduct, an ambitious structure that is regarded as the highwater mark of Hampi’s hydraulics projects. Unusually high for an aqueduct, it is believed to have been built to supply water to suburbs sitting at higher levels.

Known locally as Pont del Diable (the Devil’s Bridge), the Les Ferreres aqueduct was built during the reign of Augustus during the 1st century AD. Located near Tarragona in Spain, the bridge is only a fragment of a much larger conduit used to supply the city with water from the Francolí River. 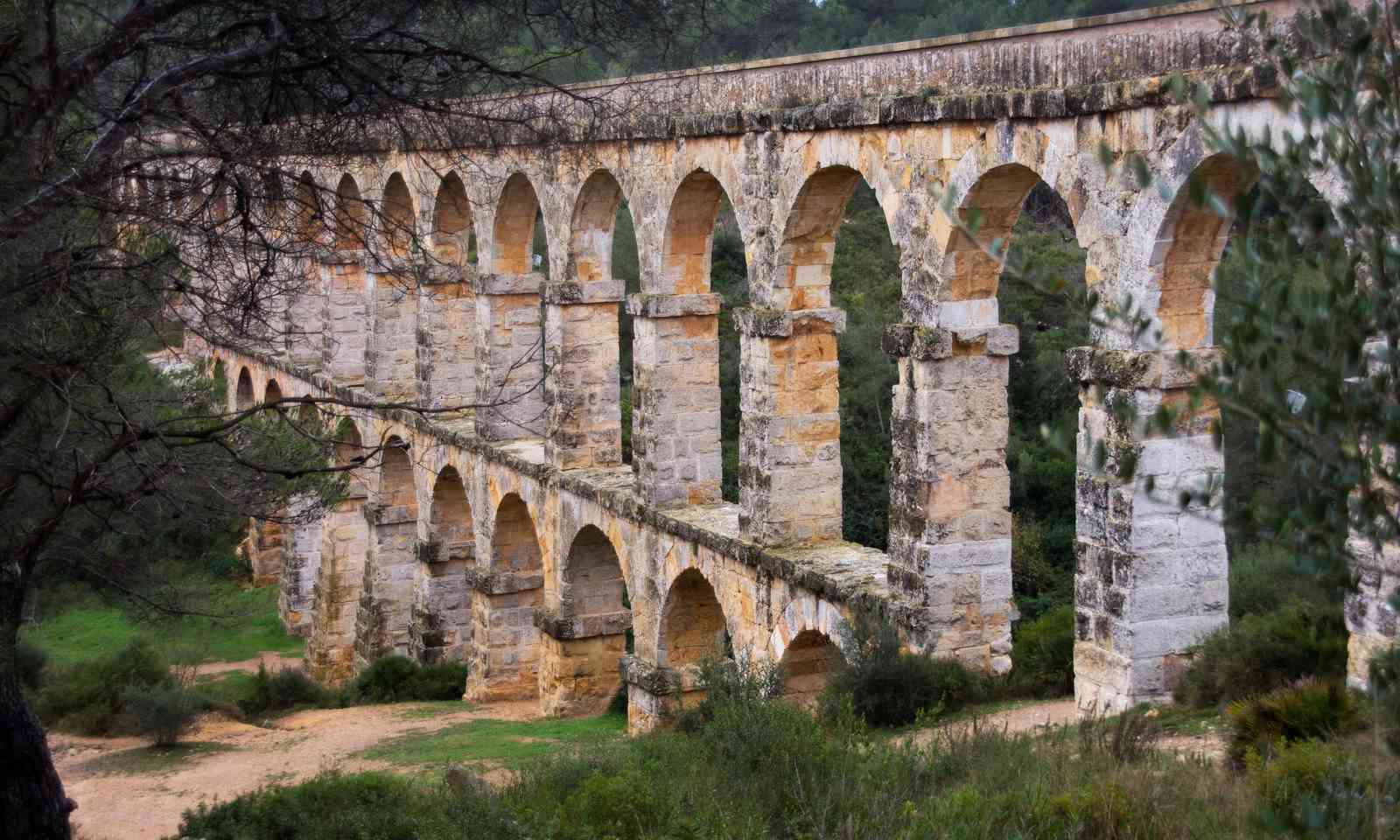 The water was taken from the Rourell area, 92 metres above sea level, and carried more than ten kilometres through a network of conduits and aqueducts of varying sizes. The Les Ferreres aqueduct is 217 metres long, 2 metres wide and reaches a maximum height of 27 metres.

The bridge is the centrepiece of the Pont del Diable Eco-historical Park and is best visited in the early morning or late afternoon when the 25 arches are reflected in the still waters of the river.

Tambomachay is a series of ancient aqueducts, canals and waterfalls located near Cusco, Peru, known as the ‘Bath of the Inca.’ Originating from nearby thermal springs, the water is believed to have been an integral part of Incan spiritual and daily life. 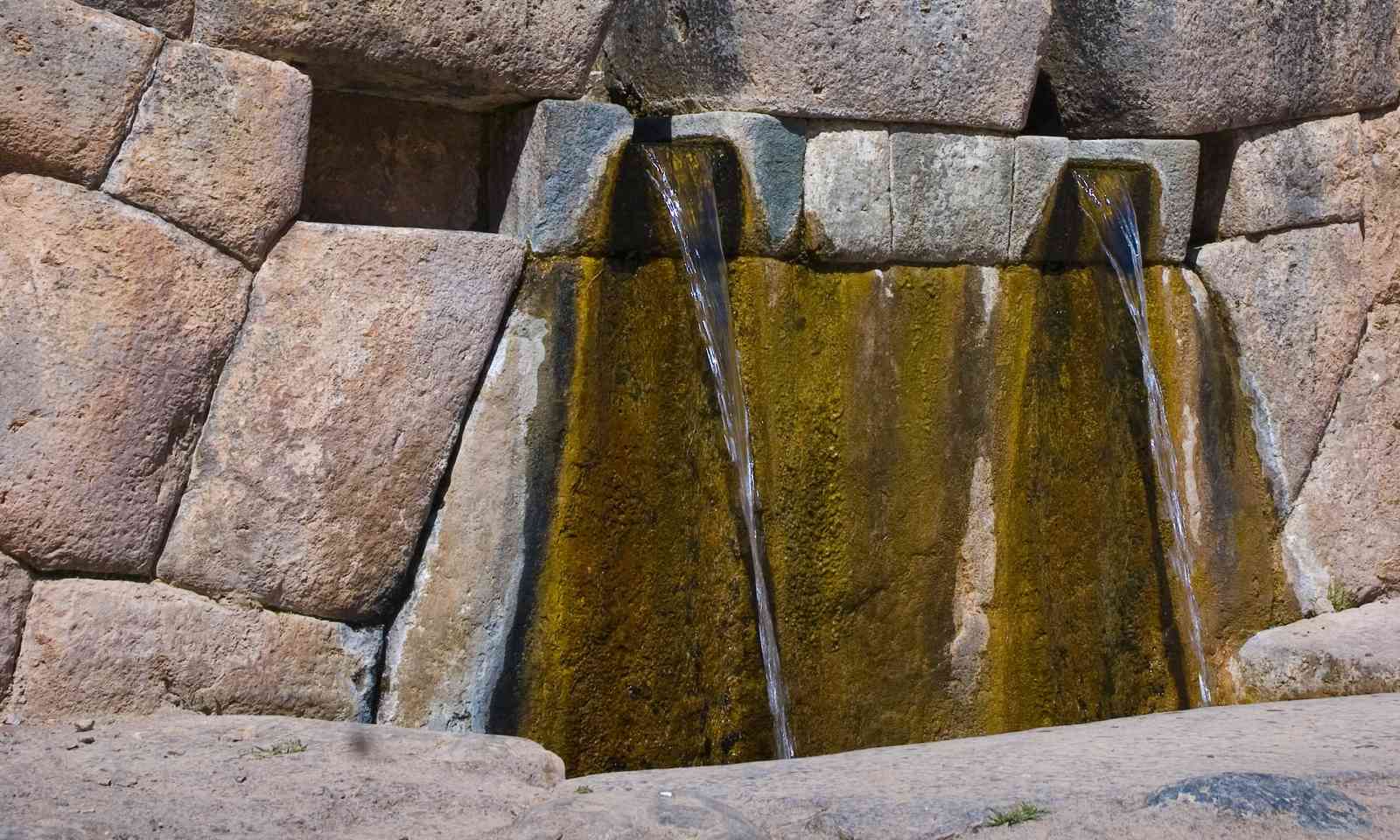 Bath of the Inca (Dreamstime)

Many of the Inca sites in the Sacred Valley have baths and aqueducts as prominent features, but not on the scale or level of sophistication as in Tambomachay. Indeed, some archaeologists have speculated that the site may have been some kind of ‘spiritual spa.’

Why settle on seeing just one aqueduct when you can see a whole bunch of them? Rome’s Aqueduct Park hosts the remains of seven ancient aqueducts: Marcio, Anio Novus, Tepula, Mariana, Claudio, Iulia and Felice. All are in a 240-hectare park only eight kilometres from the city centre. 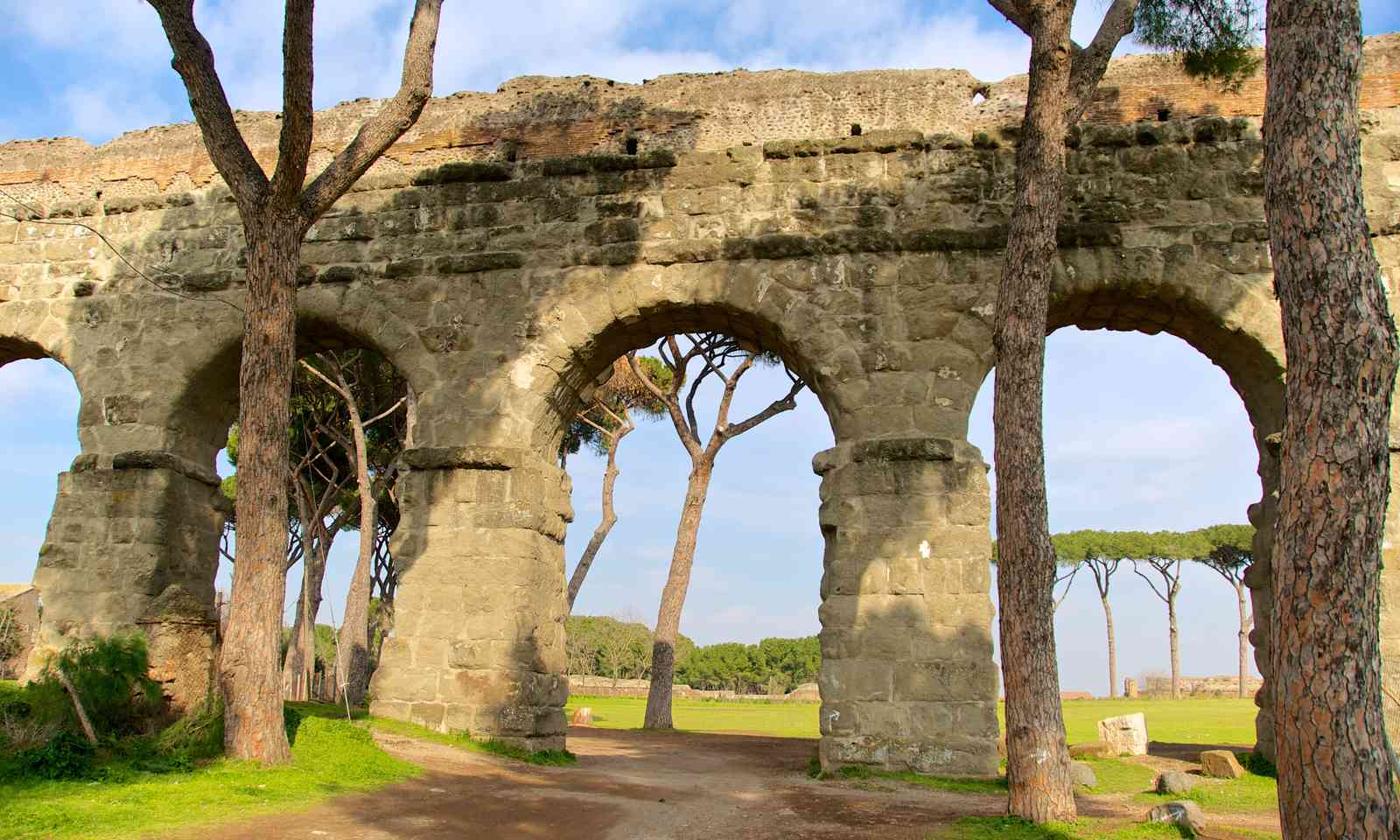 Over a period of 500 years, from 312 BC to 226 AD, the aqueducts were part of a system that supplied water from over 90 kilometres away. Aqua Claudio is the most impressive of the aqueducts at the park. It was built around 52 AD and reached a height of 28 metres. But each has its own charm and picturesque setting.

Pontcysyllte Aqueduct crosses the Dee Valley in Wales on 19cast iron spans, 39 metres high, and is regarded as a pioneering example of iron construction and a masterpiece of waterways engineering. It is still used today by pleasure boats - crossing in a traditional narrowboat is a rare treat. 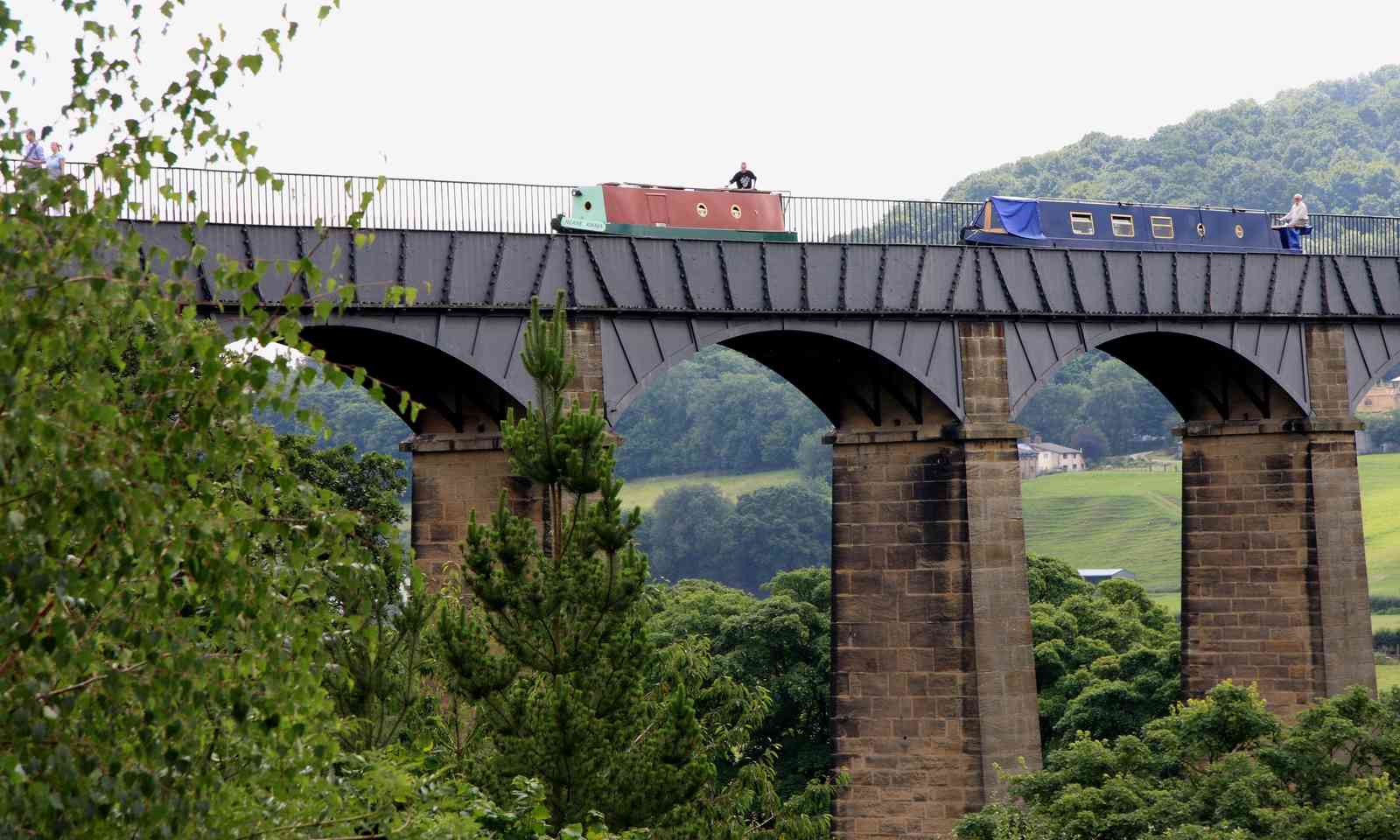 The canal exemplified the new approaches to engineering developed by Britain during the Industrial Revolution. It combined engineering on a new scale and intensity with a particular sensitivity to its impact on the landscape. The whole site has remained in continuous use for two hundred years, with its historical importance, beautiful environment and breathtaking structures attracting hundreds of thousand visitors a year.