7 of the world's most amazing mosques

As the Islamic holiday Eid al-Adha (Sacrifice Feast, Aug 31-Sept 4) gets under way, we take a look at the world's most incredible mosques, whose architecture inspires anyone who sets eyes on them 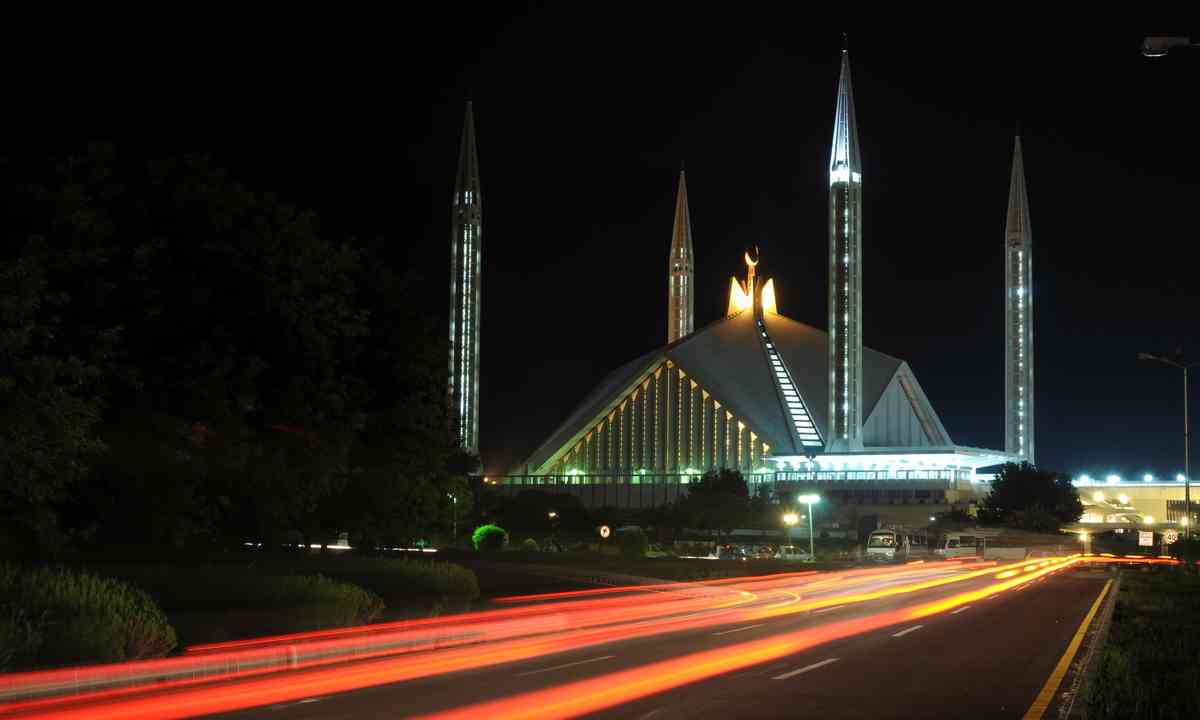 Sitting at the foot of the Margalla Hills, the westernmost foothills of the Himalayas, and looking for all the world like a spaceship launch pad, the Faisal Mosque was actually designed in the shape of a Bedouin’s tent. That didn’t stop the CIA demanding to inspect the minarets. They were convinced they were missiles in disguise.

Designed by Turkish architect Vedat Dalokay and offering an eclectic blend of traditional and ultramodern design, the building is notable for its sloping roof – a stark contrast to the domed roves found on most mosques. 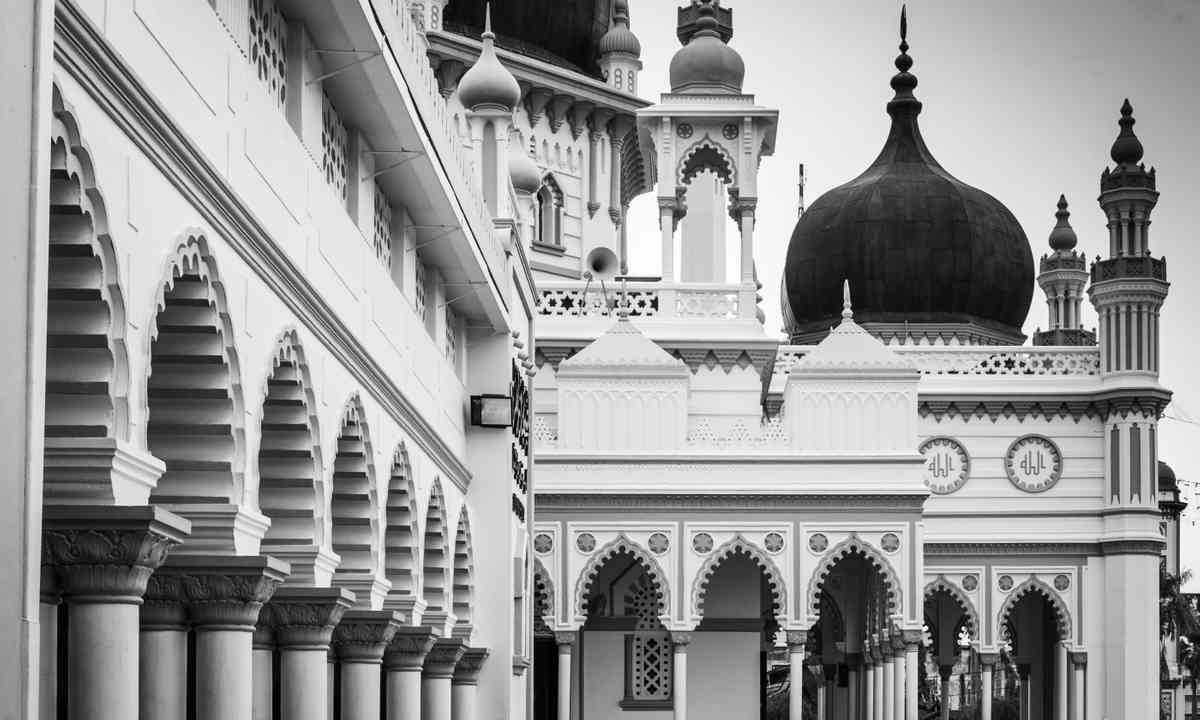 Located in the heart of Alor Star, the state capital of Kedah, the Zahir Mosque is one of the grandest and oldest mosques in Malaysia. It was built in 1912, funded by Tunku Mahmud, son of the Sultan Tajuddin Mukarram Shah.

The mosque features five large domes, symbolizing the five main principles of Islam, and the Kedah Quran-reading competition is held annually within the building. 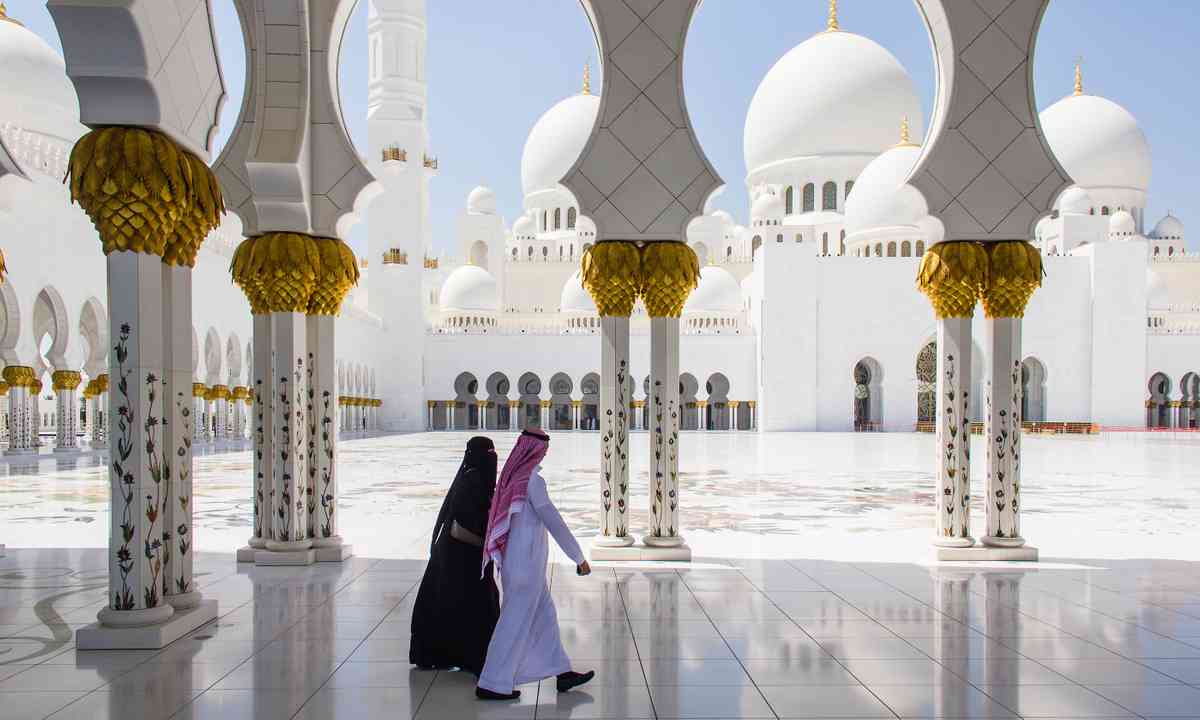 The building’s architect hoped that its exceptional beauty would unite the world and  used construction materials from every corner of the globe to help things along.

The mosque is surround by reflective pools, designed to amplifying its beauty. The striking white and gold colours that shine in the sun are transformed at night by a unique lightning system that reflects the phases of the moon, which are an integral part of the Islamic calendar. 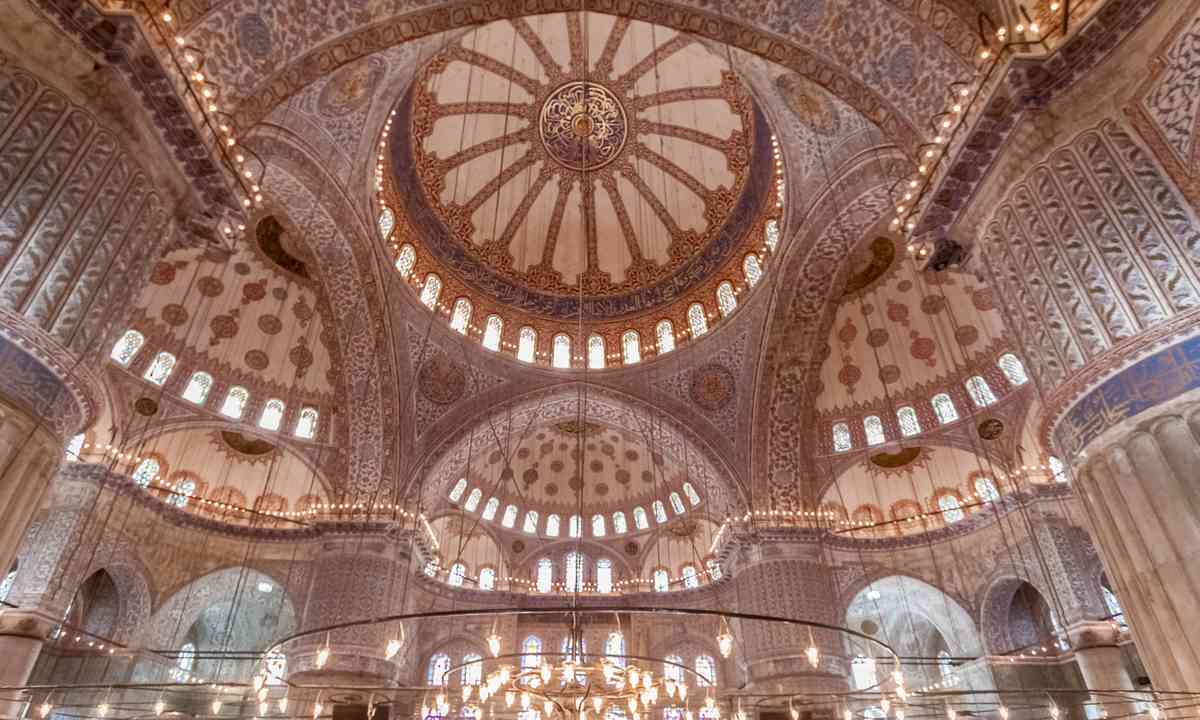 Interior of the Blue Mosque (Dreamstime)

Built between 1609 and 1616, during the reign of Ahmed I, the Sultan Ahmed Mosque got its nickname, the Blue Mosque, from the distinctive blue tiles used to decorate its interior walls. Over 20,000 were used in total.

To best appreciate the size and grandeur of the mosque, approach it from the Hippodrome, rather than Sultanahmet Park. And once inside, keep an eye out for random ostrich eggs. There are sometimes placed in the chandeliers in the belief that they repel spiders and hence minimize cobwebs. 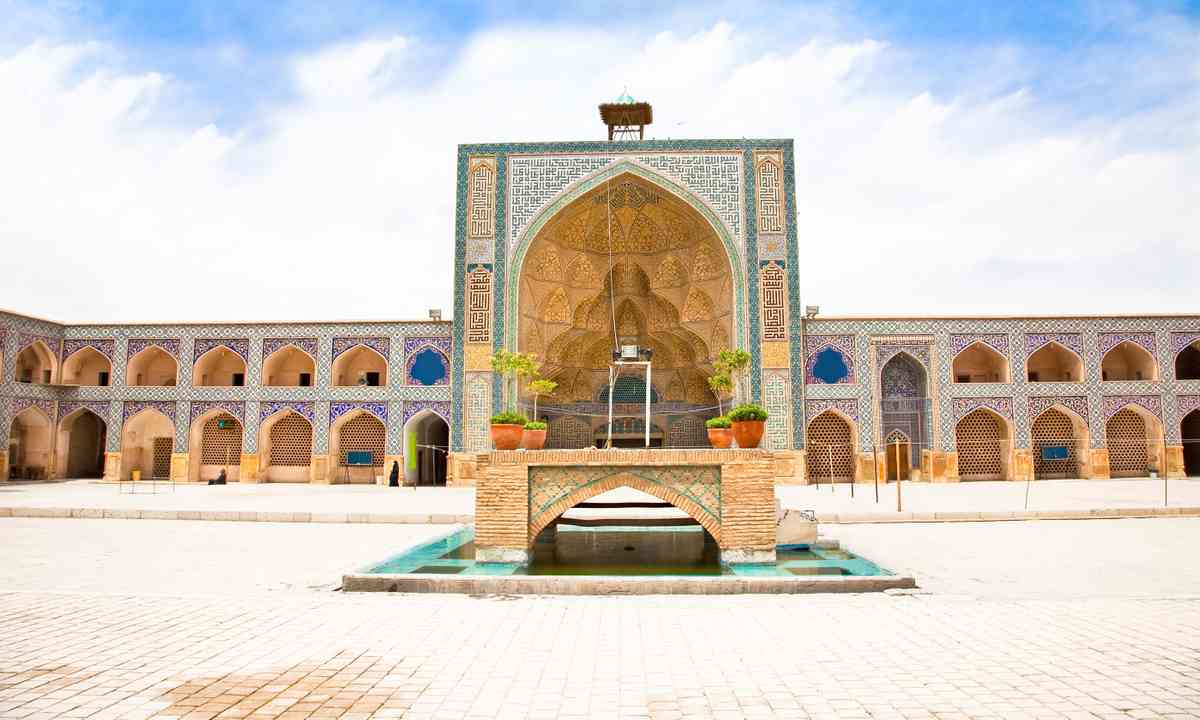 Located in the historic centre of Isfahan, the Masjed-e Jāmé (‘Friday mosque’) is the oldest congregational mosque in Iran and its double-shelled ribbed domes were an architectural innovation that inspired builders throughout the region. The building itself was used a prototype for later mosque designs, especially throughout Central Asia.

The remarkable decorative details of the mosque are impressive too.  Each stylistic development of Islamic art over more than a thousand years is represented here, so that cannot be seen anywhere else in the world. 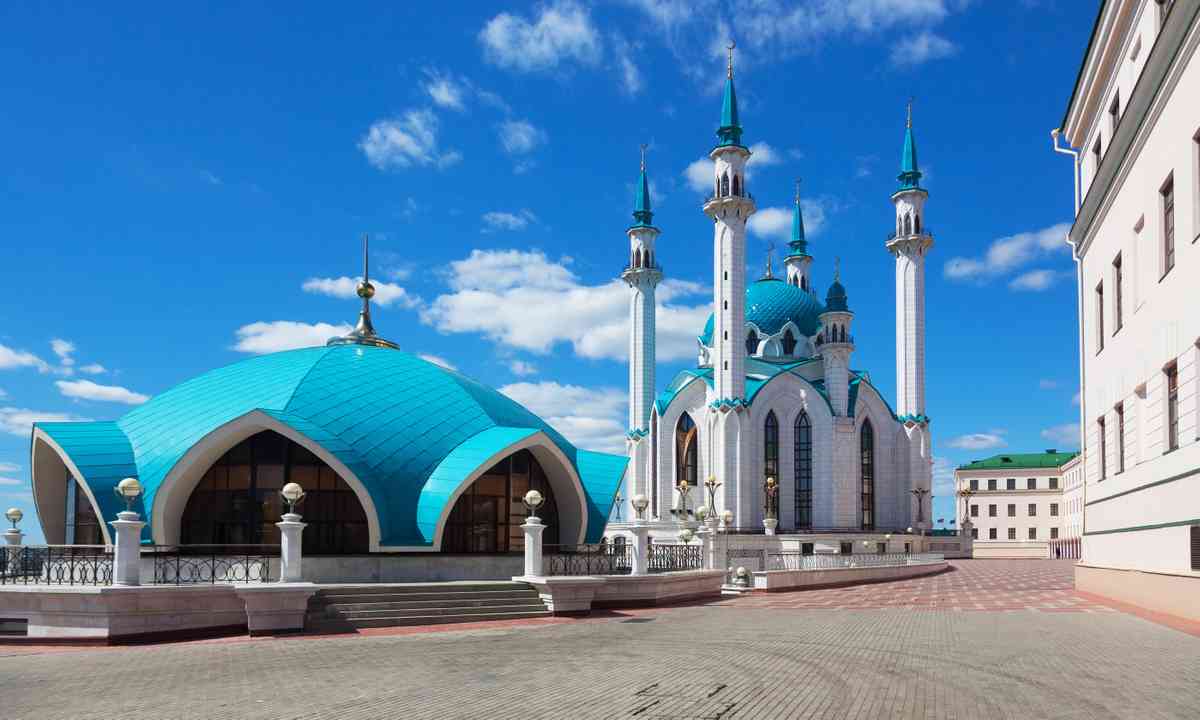 With its teal-topped minarets and whitewashed arches, the Qolşärif Mosque in north-western Russia is a replica of the one destroyed by Ivan the Terrible.  Partly funded by Saudi Arabia and the United Arab Emirates, the mosque was completed in 1995 and wouldn’t look out of place on the set of Aladdin.

Tartar scholars argue that the original mosque inspired the builders of St Basil’s Cathedral in Moscow. Keen geo-cachers will be interested to hear that there is a cache hidden inside the mosque.

7: Dome of the Rock, Jerusalem 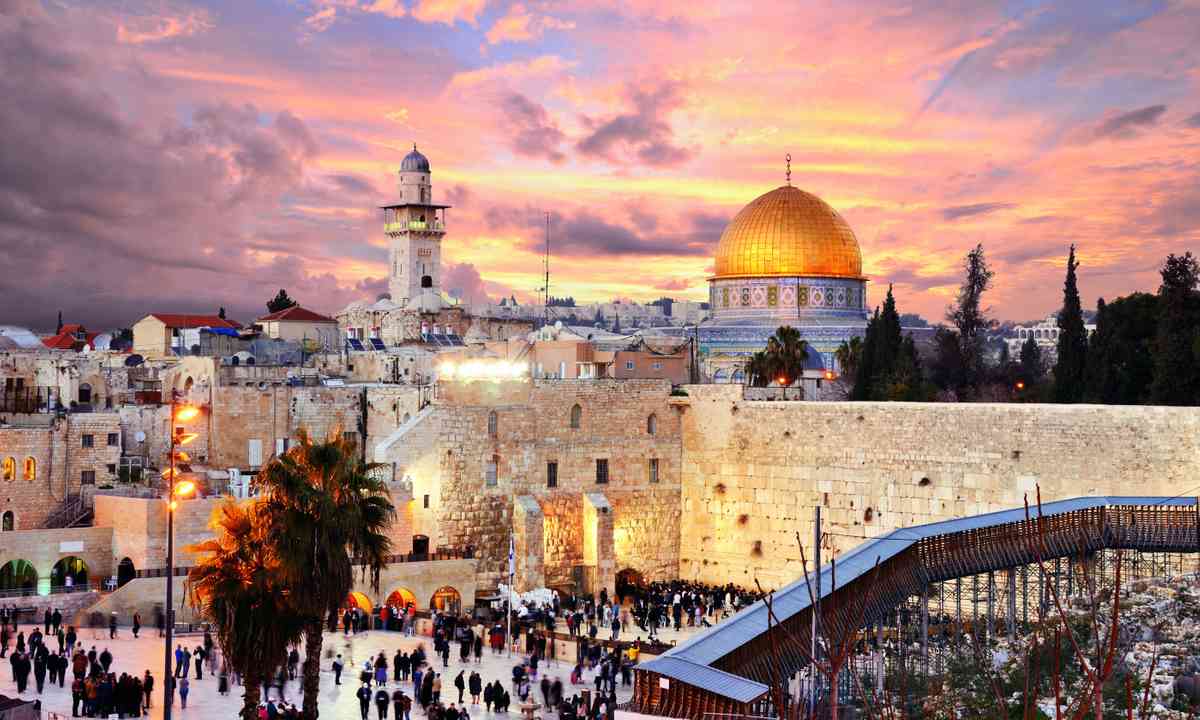 Dome of the Rock (Dreamstime)

According to Islamic tradition, the Dome of the Rock is built on the spot Mohammed ascended to heaven. For Jews, it is where Abraham offered his son Isaac as sacrifice. For all, the glittering golden dome is one of the most iconic sites in the region.

The first domed shrine to be built, the Dome of the Rock is a masterpiece of Islamic architecture. The octagonal plan and the rotunda dome of wood are of Byzantine design. The Persian tiles on the exterior and the marble slabs that decorate the interior were added by Suleiman I in 1561. Technically, the Dome is not a mosque but an Islamic shrine.