Afraid of heights? Terrified of falling to a grisly death? Best look away now as we venture along some of the world's hairiest trails.

The King’s Little Pathway threads its way along the sheer walls of El Chorro gorge in the province of Málaga. Most of 1,200m-long walkway consists of rickety wooden planks, barely a metre wide. If you’re lucky, you might come across some steel rails that haven’t rusted away yet. Although the route was officially closed for safety reasons, and is currently under repair - it reopens early in 2015 - that hasn’t stopped daredevils traversing the gaps with harnesses and other rock climbing gear.

2. The via ferratas of the Italian Dolomites

First built by troops during the First World War, these paths – or ‘iron ways’ – criss-cross the Dolomites offering hikers (and the occasional intrepid cyclist) a nerve-racking route across the mountains. Many have been upgraded and extended, but sheer edges and deadly drops abound.

What better way to celebrate reaching the end of America’s legendary Appalachian Trail than by walking along the Knife’s Edge, the ridge between Pamola Peak and Baxter Peak on the highest mountain in Maine? At some points the path is barely three feet wide, with a sheer drop on each side, and has claimed 19 lives since 1963.

A rickety plank pathway, somehow attached to a sheer stone cliff, this walkway often dubbed "the most dangerous hike in the world." Like the El Caminito del Ray, it has recently had an upgrade to make it a little bit safer, but the 2,000-metre drop that takes hundreds of lives each year remains the same 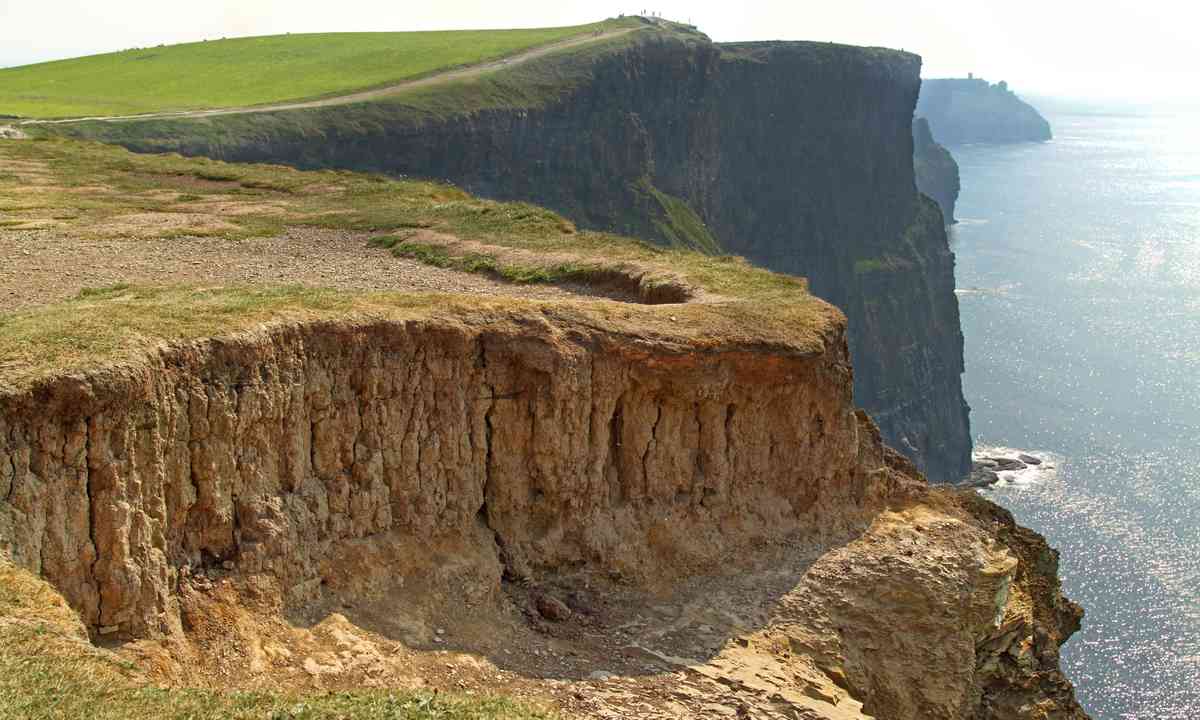 5. The Cliffs of Moher, Ireland

Set along huge black cliffs, often sulking behind mist from a dark sea, 600 metres below, this narrow jagged path is inexplicably popular with mountain bike riders. With a death wish.

6. The path to Wayna Picchu, Peru

The peak overlooking the Incan ruins of Machu Picchu offers an incredible overview of the ancient complex. Getting there, however is a bit of a problem. Just follow the ancient stones stairs, with sheers drops along the side, known locally as the ‘Hike of Death.’

Bolivia's infamous Death Road has become de rigeur for any mountain biker with a Go Pro attached to their helmet and scant regard to their health and safety. 13 cyclists died in one year alone (1998), but that only serves to push it higher up every bikers death wish bucket list.

Have you walked or biked any scary trails? Join the discussion now on the myWanderlust Forum.