The world's 5 best destinations to get tattooed

More and more people around the world are getting 'inked'. Tattoo expert Anna Felicity Friedman gives the lowdown on the 5 best places in the world to get tattooed, from Japan to Israel 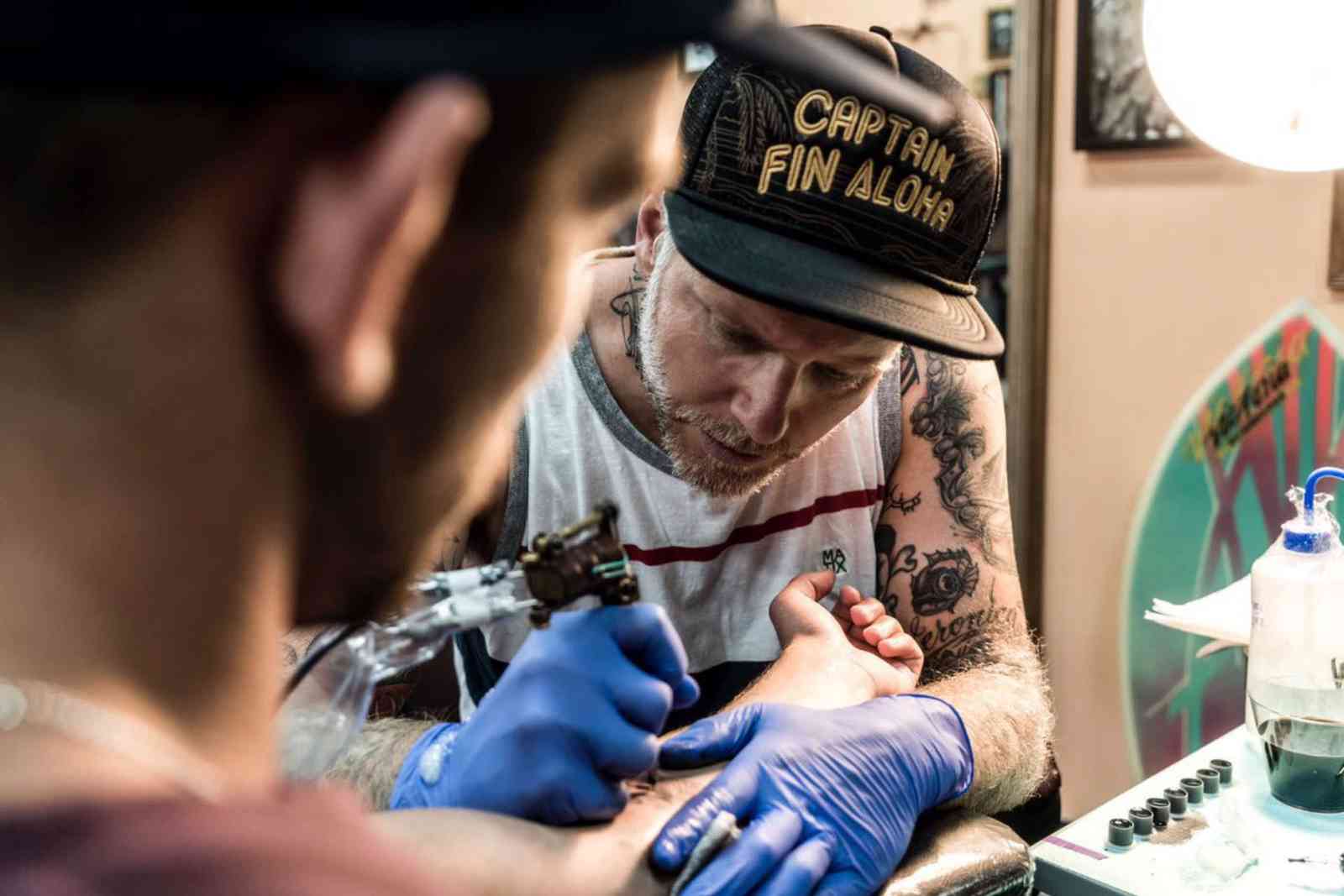 The Mecca of the tattoo Renaissance of the 1960s and 1970s, San Francisco remains a place where you can find cutting edge tattooing, as well as solid, traditional work with dozens of excellent tattoo shops. This city can boast of being the place where the grandfather of the contemporary tattoo scene, Lyle Tuttle, took up long-term residence; you can still get a tattoo at his shop today, although he’s long retired.

It’s also where pioneer Ed Hardy went to art school and began crafting his revolutionary blend of Japanese and traditional tattooing; today, his son Doug carries on the family business, Tattoo City, with a group of impeccable artists.

As San Francisco real estate skyrocketed, many artists spread out around the Bay Area.
Though the inventive blackwork by Roxx and her team of geometric specialists at 2Spirit Tattoo has now closed down in San Francisco and moved to Los Angeles, there's still plenty of top inkers around. 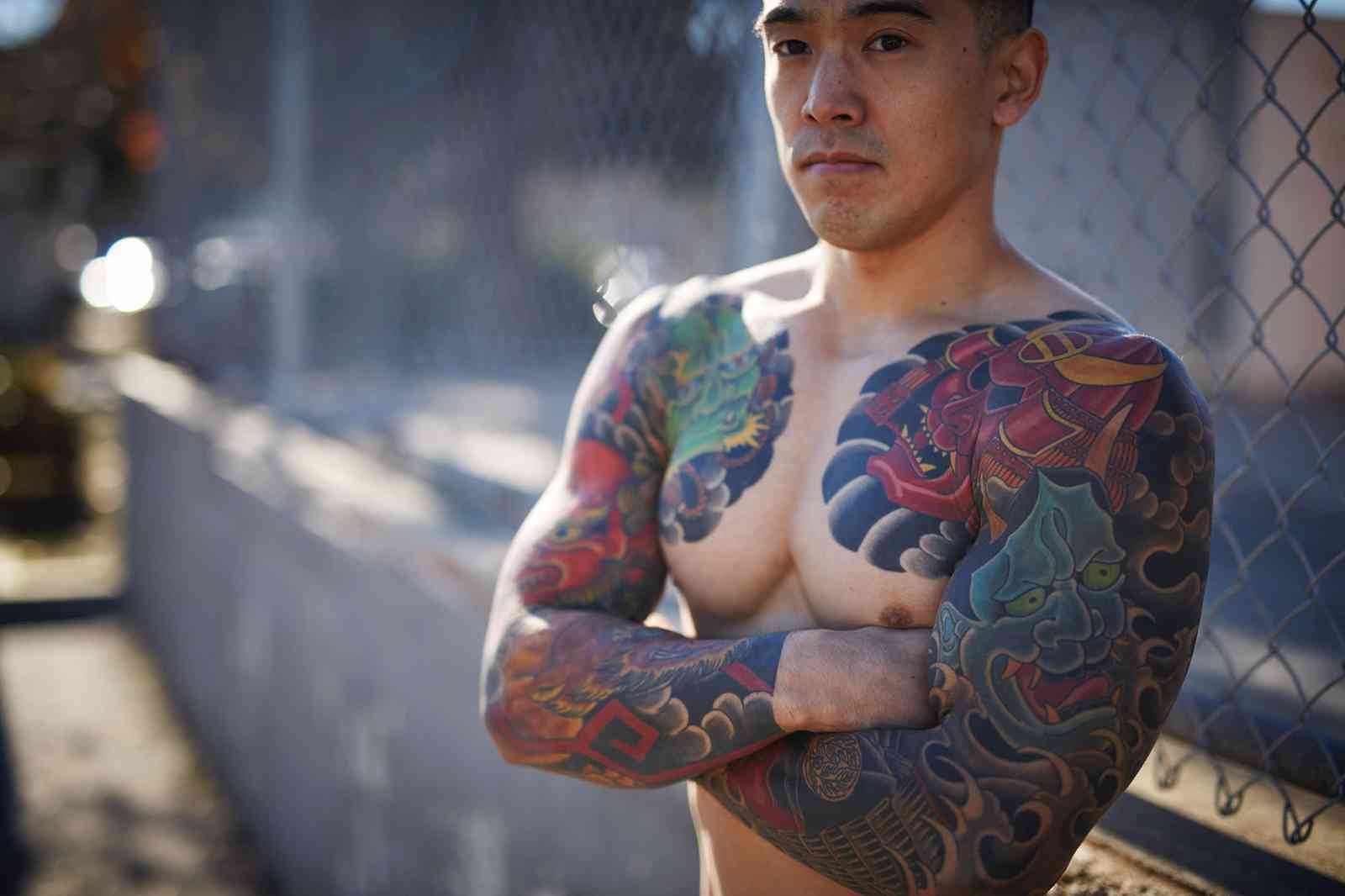 The roster of artists at Takahiro Kitamura’s State of Grace shop in San Jose range from traditional and innovative Japanese tattooing to those who work in Chicano-influenced black and grey and Polynesian styles; he also runs the annual Bay Area Festival of the Tattoo Arts every October, if you’re looking to browse the work of top tattooers from all over the world. In the mid 18th century, a new form of tattooing began to take hold in Japan. Elaborate, extensive horimono (bundled needles fixed to the end of a bamboo rod and dipped in ink) placed traditional imagery from the Ukiyo-e print tradition on the bodies of those who sought to emulate tattooed heroes from folklore. That tradition has continued to the present day, despite being tinged with a certain taboo in Japanese society due to Yakuza gangsters adopting the art form.

Numerous skilled artists, such as the venerable Horiyoshi III, still practice classic Japanese tattooing, but obtaining such work requires years of commitment. Newer artists, such as Horimitsu, craft updated versions with some using a combination of electric machines and traditional hand-tattooing techniques. 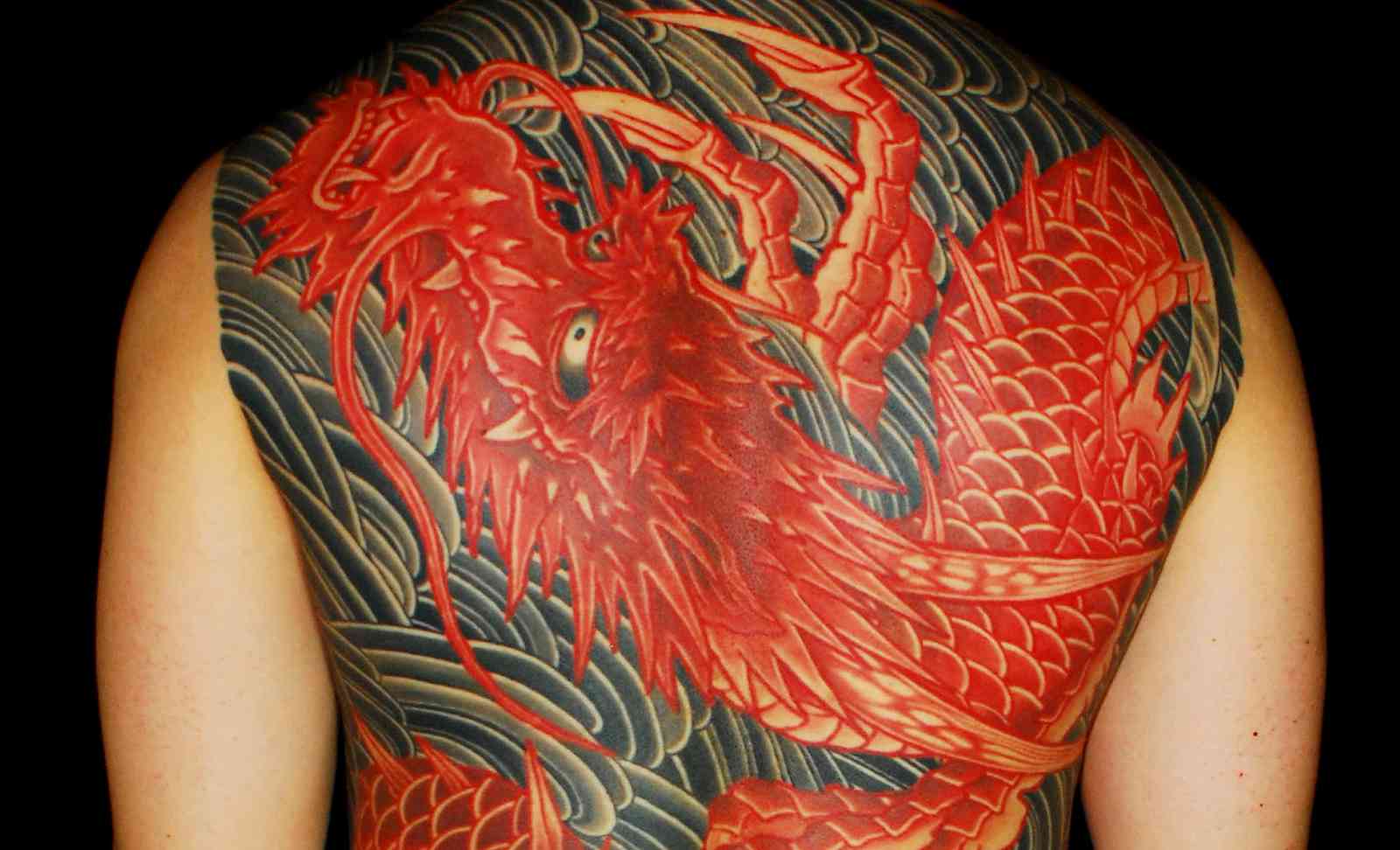 As elsewhere in the world, tattooing styles have proliferated in Japan. Japanese youth culture favours smaller motifs that reference American nostalgia or pop culture. One of the most innovative new Japanese artists, Taku Oshima, tackles incredibly ambitious blackwork compositions, many of which reference Japan’s ancient tattoo past during the Jomon culture of 12,000-300 BCE. 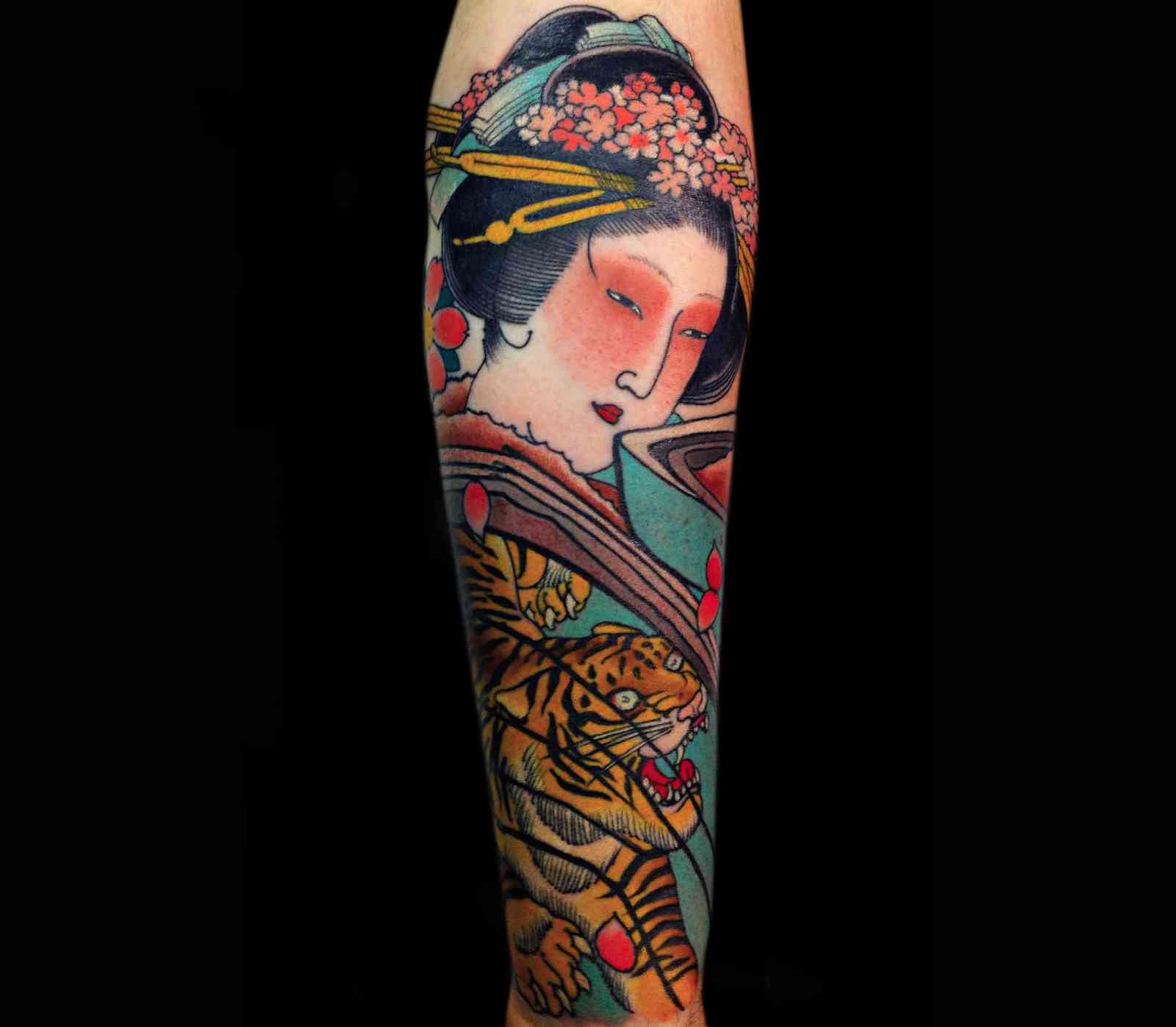 The UK arguably has the highest percentage of tattooed people in the world, even more so than in the US. This comes from a long historical tradition from Renaissance pilgrims to the Holy Land, like traveller and alleged spy William Lithgow, who got tattooed in 1612, to sailors around the globe to royals, such as King George V.

It stands to reason that London serves as an international epicentre for tattooing: it boasts one of the largest annual tattoo conventions in the world in late September each year, with artists of the highest calibre gathering from places near and far.

Nearly every kind of tattooing you might want to find can be obtained in London from old school patterns to wildly experimental work. In addition to many artists plying their trade, London also boasts many regular tattoo exhibitions that often feature artwork in other media by tattooers.

Historic shops abound, such as Into You owned by 1980s tribal innovator Alex Binnie, and new initiatives, such as Maxime Buchi’s Sang Bleu (a hybrid tattoo shop and art center), that promise to push tattooing ever farther into the future. 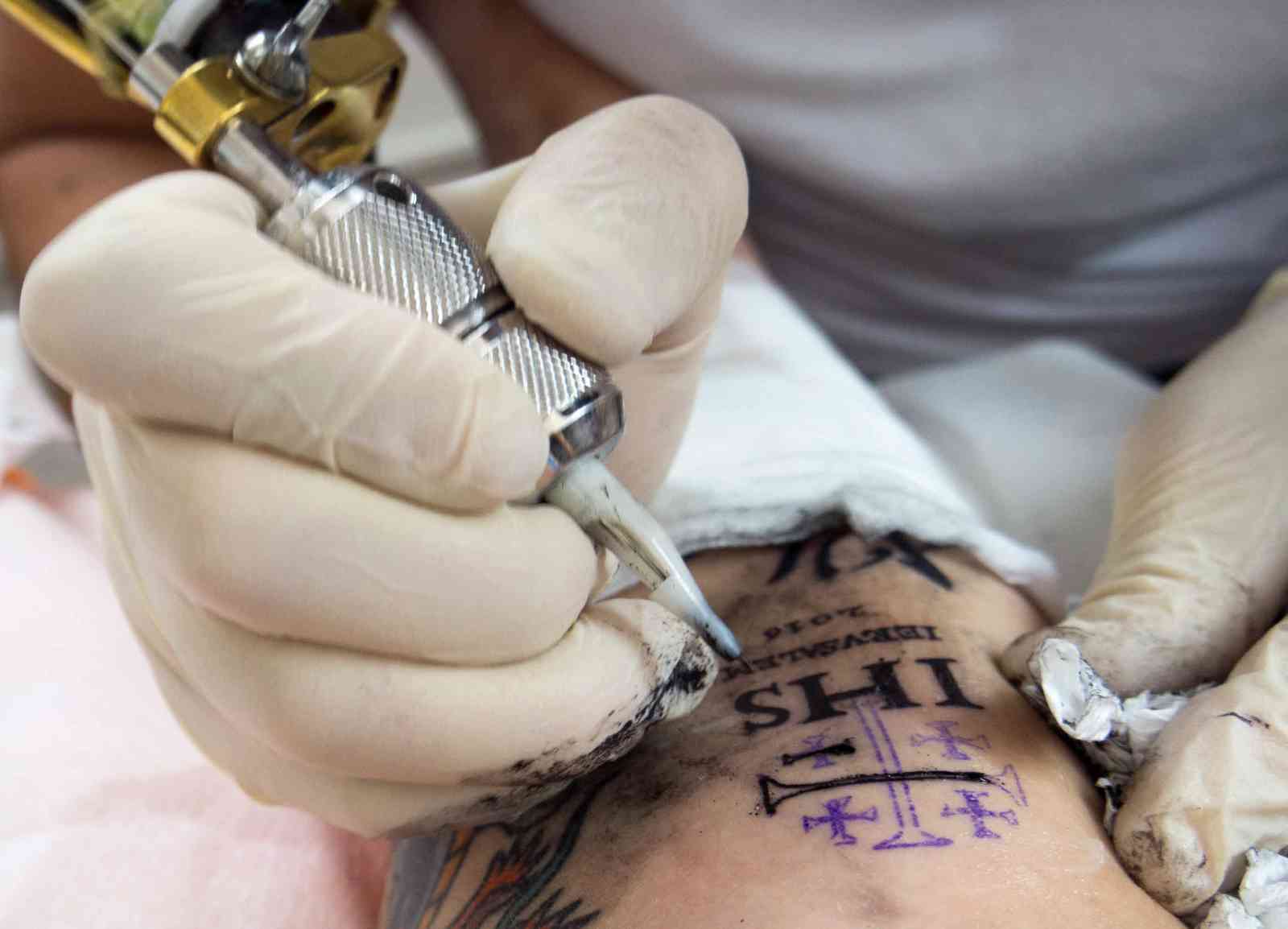 Many people might be surprised to find Israel on this list. A popular urban legend states that you can’t get buried in a Jewish cemetery if you have tattoos, but there’s nothing in Jewish law to support this assertion. In recent years, the tattoo scene in Tel Aviv has exploded, and it’s hard to wander its busy streets without seeing many large tattoos. The city recently hosted its first academic tattoo symposium, lending a scholarly air to an already burgeoning scene.

From pioneering studio Psycho Tattoo, with its many seasoned tattooers, to independent artist Yasmine Bergner’s stunning spiritually inspired dotwork, you can find any style you’d like to have applied in this bustling city.

However, if tattoo history is your passion, you must travel to Jerusalem, where the oldest continuously operating tattoo business in the world still inscribes marks of Christian pilgrimage on the skin of the faithful to memorialize journeys to the Holy Land; Wassim Razzouk and his wife Gabrielle Predella can also tattoo contemporary designs for you if you seek a different kind of souvenir. 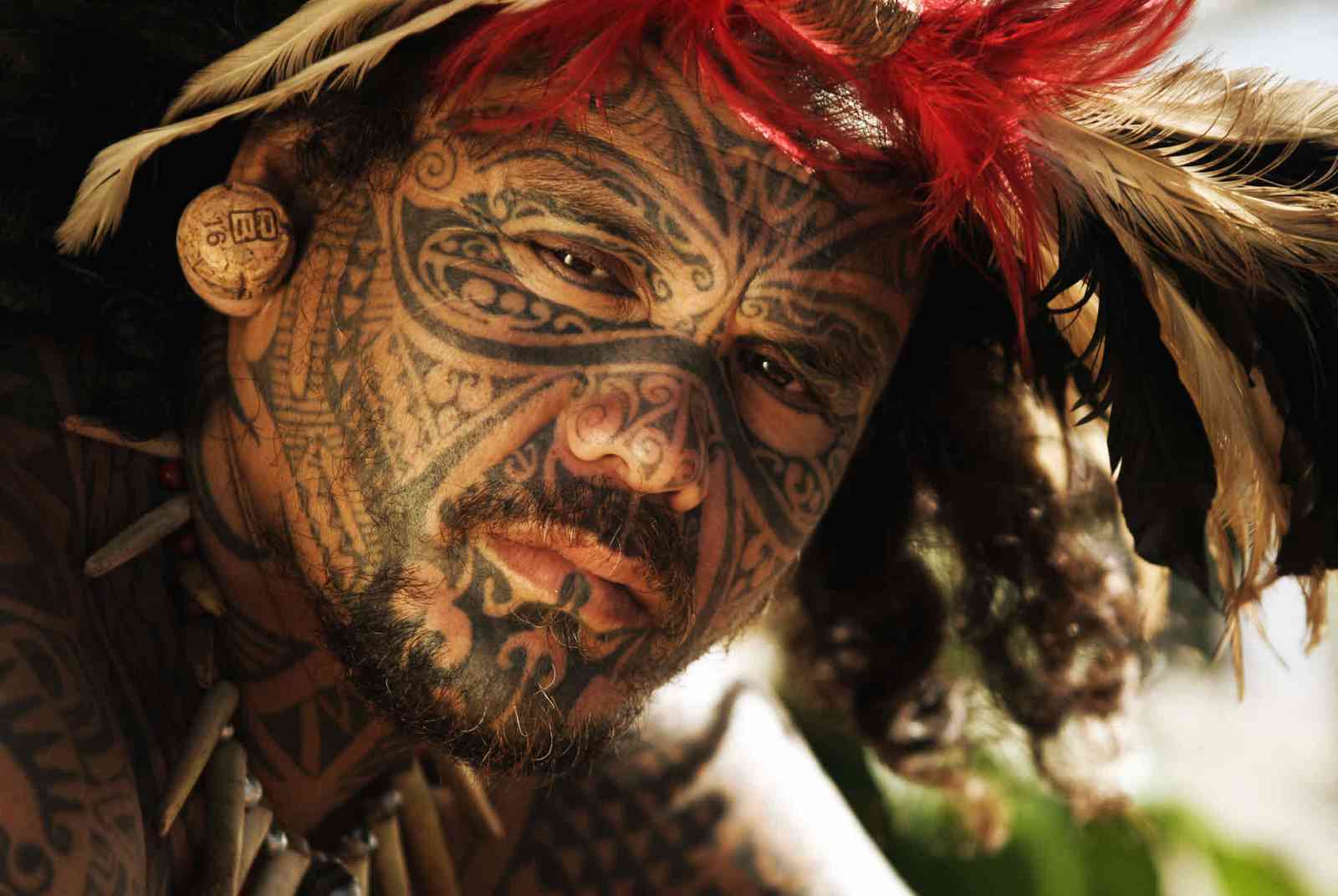 It’s hard to pin down one specific island group in Polynesia as the place to visit to get tattooed. In Samoa, tattooing strongly persisted despite colonial missionary influence. When artists from surrounding islands looked to revitalize and reintroduce tattooing to their cultures, many sought out master tattooer Sulu’ape Petelo; he and his family still tattoo traditional p’ea and malu today, as well as modified designs for those not of Samoan heritage.

In New Zealand, the revival of facial moko and other forms of indigenous Maori tattooing sparked interest in fusion styles for those of mixed cultural heritage, as well as pakeha (outsiders). Julie Paama-Pengelley crafts a wide variety of Maori and Maori-influenced designs, while Steve Ma-Ching blends his Samoan and Chinese roots with Maori aesthetics to create a unique style. 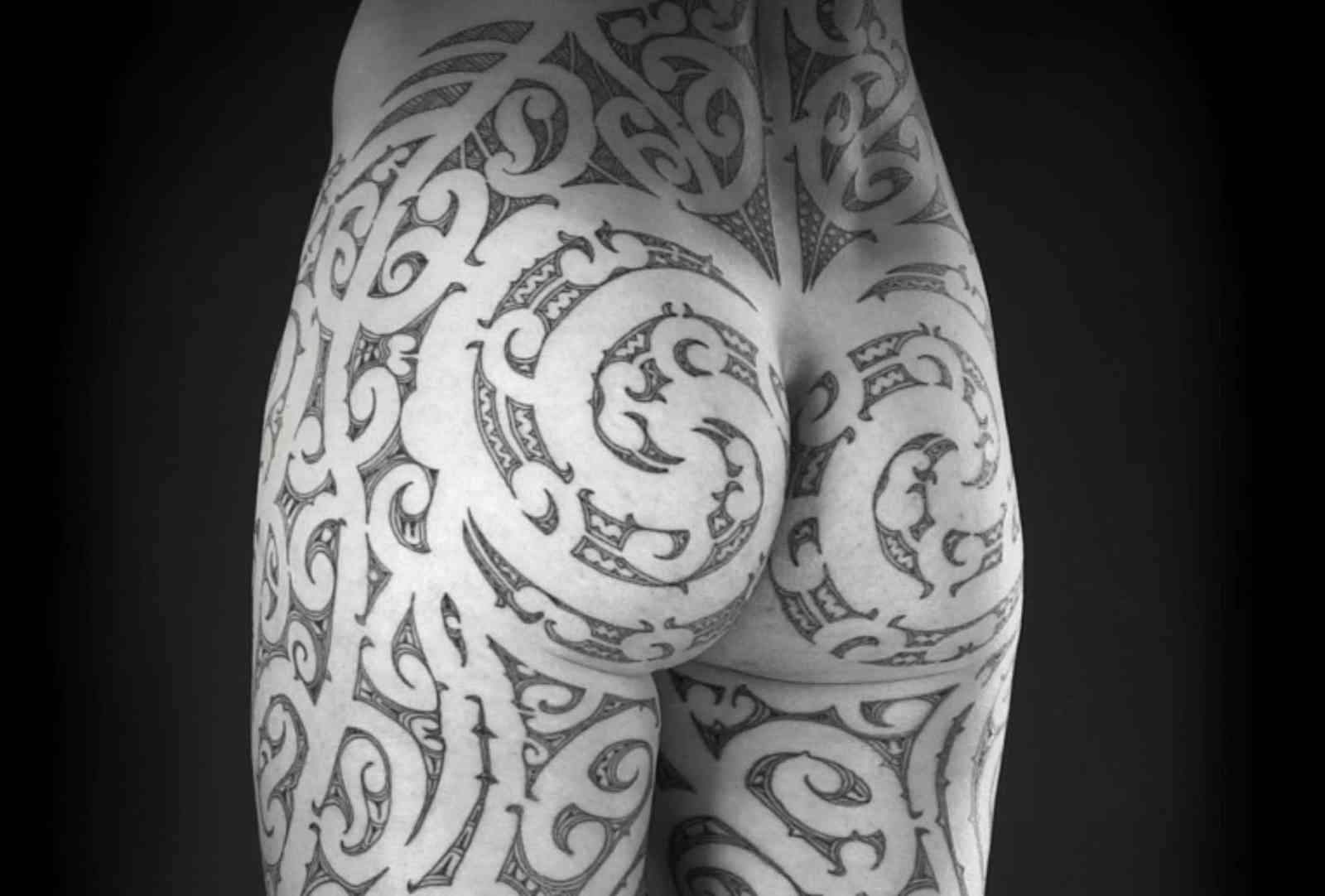 Vast French Polynesia, with its islands scattered across miles of the Pacific Ocean, features many artists working in mainly Marquesan-influenced motifs from Nuku Hiva to Bora Bora to Tahiti. The island of Moorea, a short ferry ride across the Bay from capital Papeete, served as an epicenter of the Polynesian tattoo revival in the 1980s, and some of French Polynesia’s finest artists are still located there today as well as newer artists like Mate who updates traditional blackwork with shading and contemporary elements. You can also find a wealth of artists in the capital city, Papeete.

Anna Felicity Friedman is a tattoo historian and Director of the Center for Tattoo History and Culture. See tattoohistorian.com

The World Atlas of Tattoo by Anna Felicity Friedman is out now, published by Thames & Hudson. See www.thamesandhudson.com.

Anna is also spearheading a new educational foundation, the Center for Tattoo History and Culture, which she’s currently crowdfunding. To find out more, see centerfortattoo.org and to support the crowdfunding visit www.indiegogo.com.