The world's 10 most spectacular cable cars

10 nerve-jangling cable car rides that offer thrills, spectacular views and a completely unforgettable way of getting from Point A to B 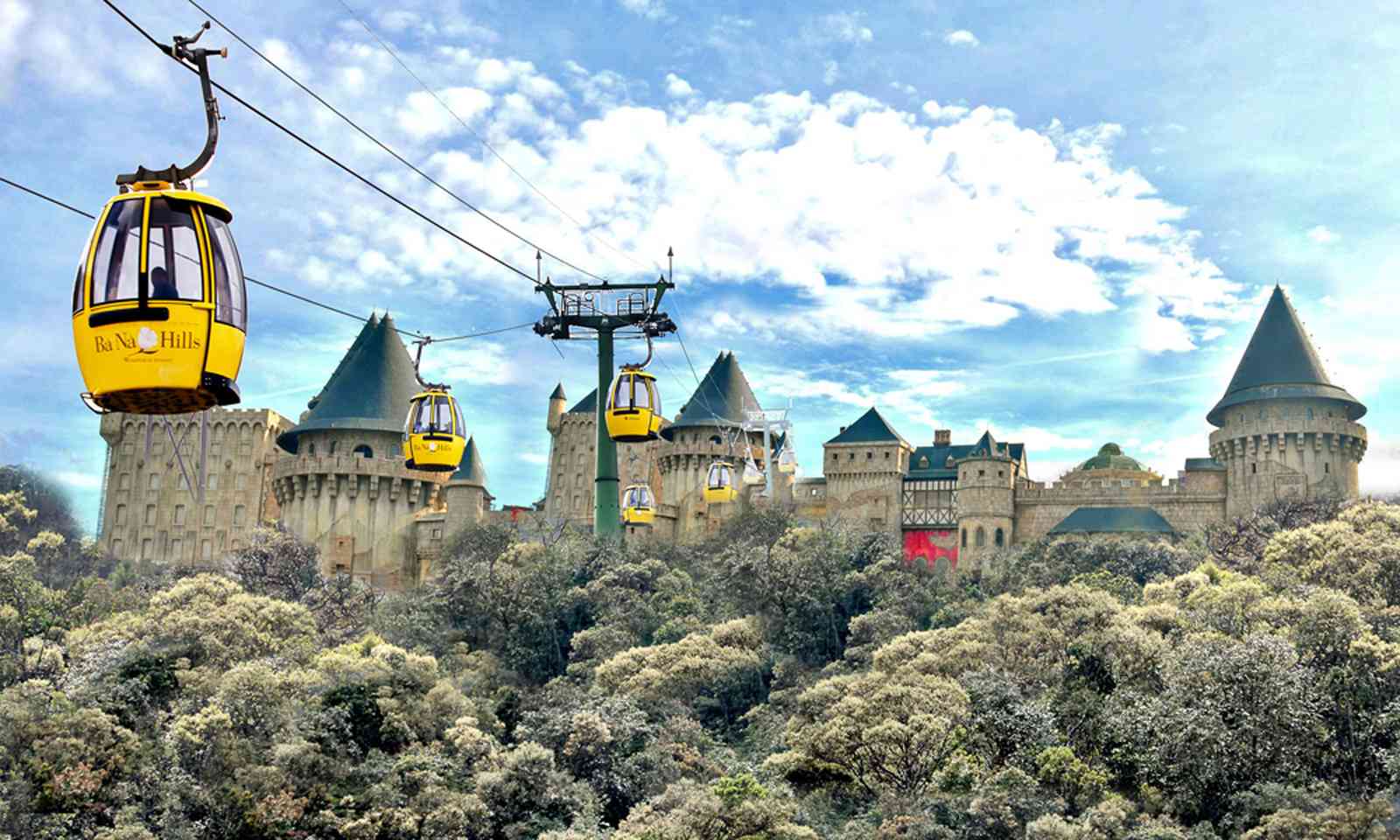 Connecting the foot of Ba Na Mountain with the peak of neighbouring Vong Nguyet, it also holds the record for the world's largest departure station, built, bizarrely, in the style of a French chateau. Carrying passengers 2,320 metres from the village of Stans near Lucerne to the top of the Stanserhorn Mountain, the Stanserhorn Cabrio is the first cable car to feature a roofless upper deck.

Each cabin carries 60 people – 30 on top and 30 inside – and unlike most cabriolets, there's no retractable canvas roof. If it rains, you're just going to get wet. But nothing beats the feeling of fresh air. Skyline Gondola. One bike at a time (Dreamstime)

The Southern Hemisphere's steepest gondola, the Skyline in Queenstown has been ferrying mountain bikers and their bikes to the mountain bike trail on Bob's Peak since 2011, making it the world's first gondala bike lift.

It's a fine way to get epic views of Queenstown and the fabulous biking area of Rotorua. 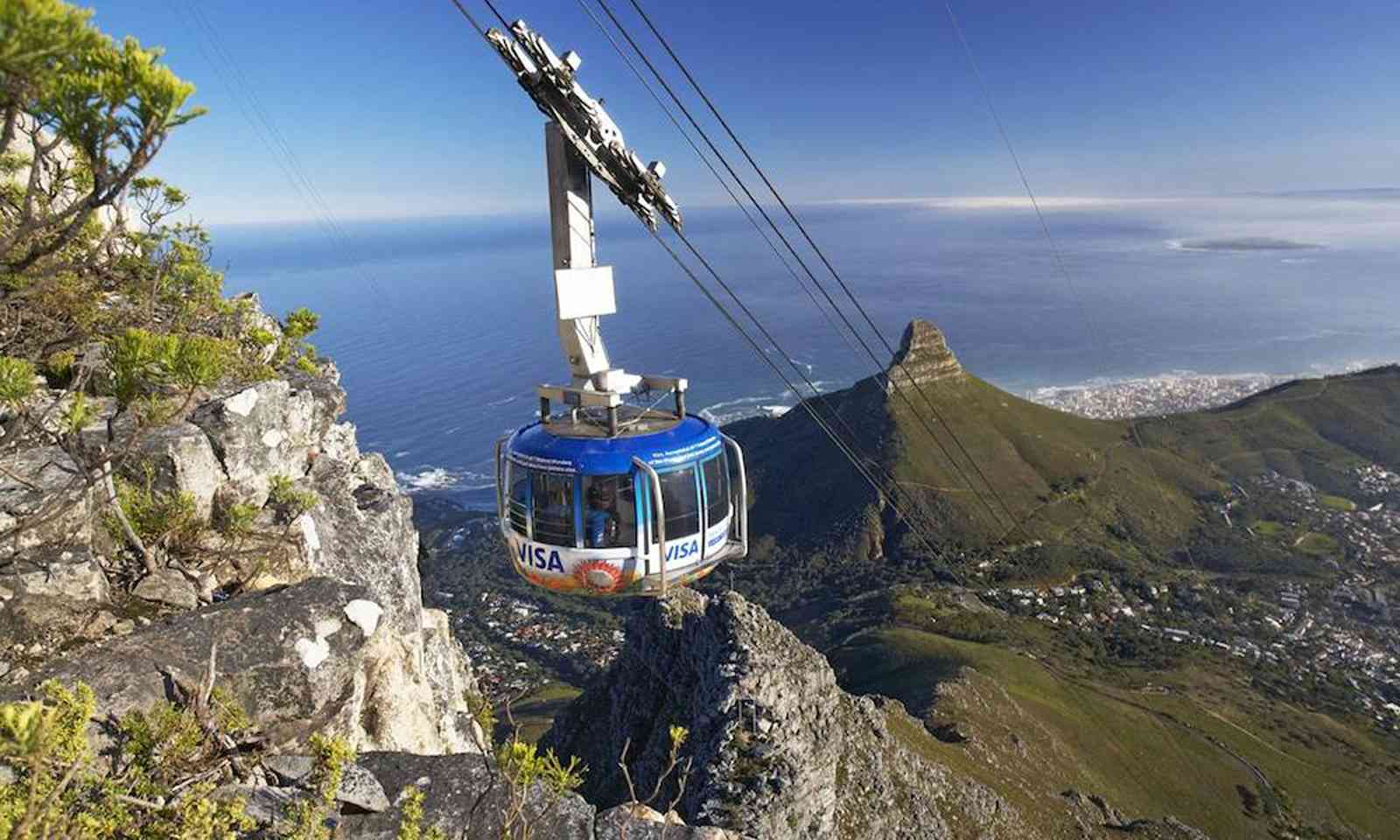 One of only three rotating cable cars in the world, the Table Mountain Ariel Cableway arguably dishes up the best view: out across Lion Peak and Cape Town to Robben Island, famous for the prison former South African president Nelson Mandela was jailed for 18 years.

Keep a close eye on the craggy cliff faces too. Chances are that you'll spot a furry little rock hyrax, soaking up the southern African sun.

The 4.4-kilometre long Peak2peak Gondola, in the southern reaches of Canada's Coast Mountains, is a cable car of superlatives.

It's the only cable car in the world that connects two mountain peaks: Whistler and Blackcomb. It's got the longest free span between ropeway towers (3.03 kilometres) and the highest point above the ground (436 metres).

It's illegal to base jump from it, but that hasn't stopped any number of daredevils from trying. Mi Teleferico in La Paz is the world's highest and longest urban gondola, connecting the centre of La Paz to the district of El Alto, high above the city. 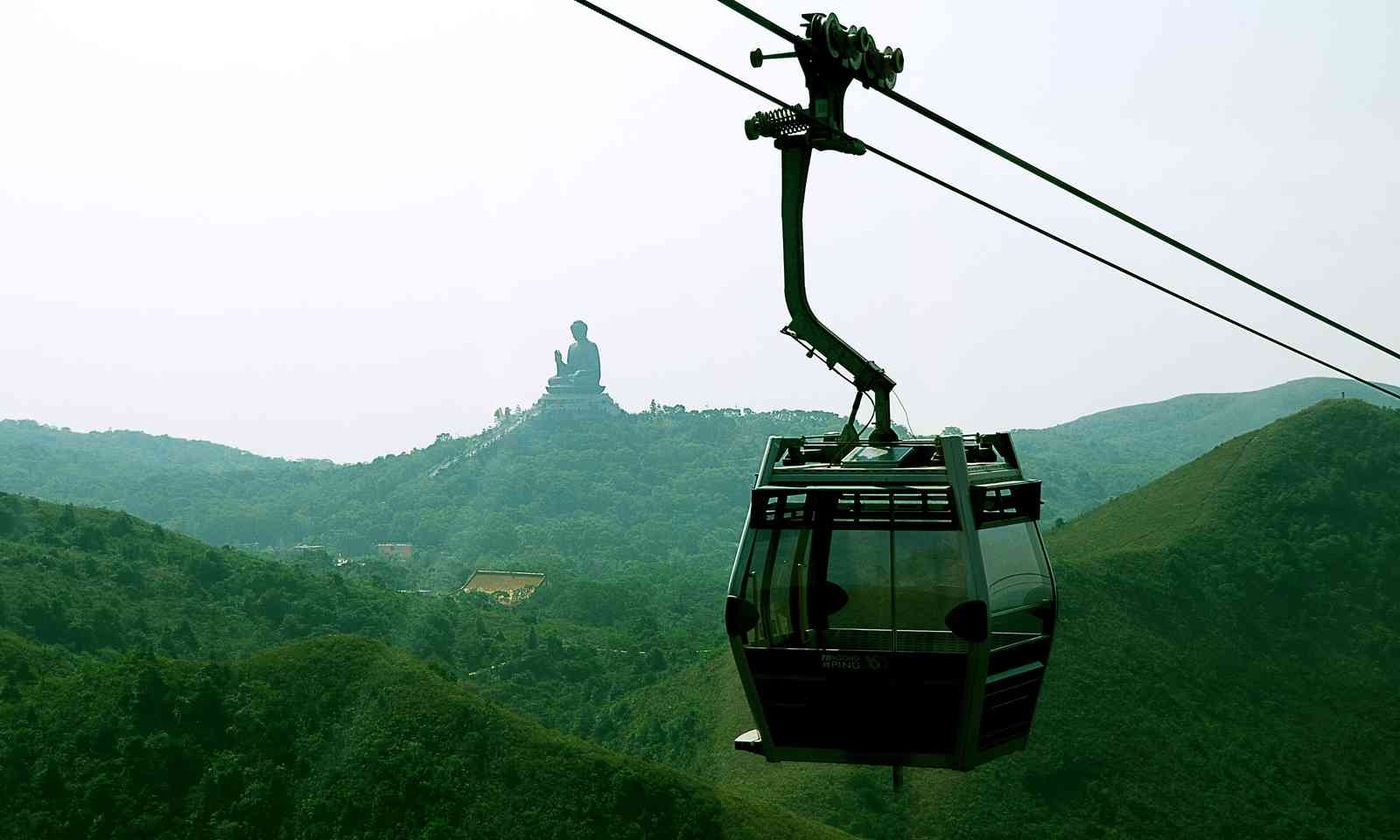 Off to see the Buddha (Dreamstime)

Essentially a pilgrimage gondola, the 5.7 kilometre Ngong Ping 360 ferries passengers to the Tian Tan Buddha and Po Lin Monastery on the highest peak of Lantau Island in Hong Kong.

Passengers have the choice of two classes: standard or first class. First class cabins have glass floors for stomach-in-mouth views to the ground far below. High over the old city  of Dubrovnik (Dreamstime)

It's not the longest, the highest or the steepest cable car in the world. But the view as this cable car climbs its way to the top of Srd Hill is arguably one of the best.

The old city of Dubrovnik can be seen set against the azure Adriatic, like a medieval gem. This is a priceless cable car experience. The Palm Springs Aerial Tramway is the world’s largest rotating gondola and offers breathtaking 360 degree views of the Mt. San Jacinto State Park as it travels over three kilometres through the cliffs of Chino Canyon.

If you're feeling energetic once you reach the Mountain Station, over 80 kilometres of hiking trails await (or you can always take the cable car back down instead). 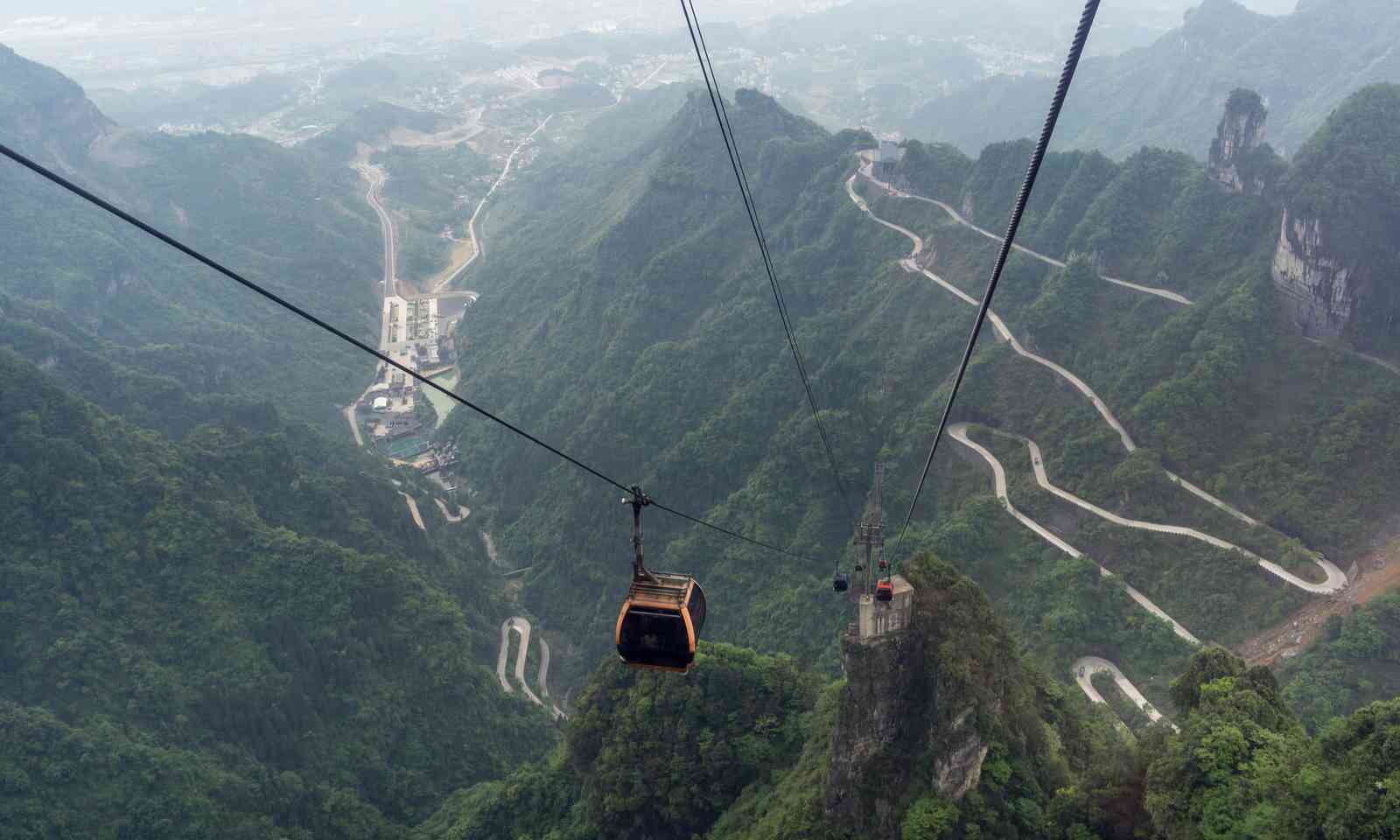 High above the 99 Bends Road (Dreamstime)

The cable car in China's spectacular Tianmen Mountains is the longest in the world, taking 30 minutes to travel seven kilometres and to tackle a 37-degree incline, all while hanging precariously over the 99 Bends Road.

More thrills are waiting at the top, including a 1,400-metre-high cliffside walkway and three glass skywalks. It's clearly not a part of the world for people who suffer from vertigo then.