If you’re after glorious sunsets, jaw-dropping landscapes and unique cultural encounters, try one of these USA train routes for size. Eleanor Ross hops on board...

What makes it so special: Silver Service rides from historic Penn Station in the heart of Manhattan to the white sands of the Caribbean, arriving just one and a half days later

The train south is stuffed with retired people. And who can blame them? When you’re deadline free and the world is your oyster, taking the train from New York to Miami in winter is the height of good sense.

After leaving New York, the train dips under the Hudson River and onwards towards Washington. The Silver Service is a long haul route at nearly 28 hours, so while you’re passing through, take a few days to explore Washington DC before getting back on the train.

Once you’ve got your fill of Capitol Hill and the plethora of staggering museums in the Smithsonian complex, you'll venture down the coast towards Charleston, one of the oldest towns in the south, founded in 1670. Keep your eyes peeled for scores of historic houses and take a stroll along the refreshing boardwalk. If you’re there in May, book tickets for any event as part of the Spoleto Festival, one of the premier arts and cultural festivals held in the US.

Got your fill of the ancient? It’s time to turn your head to the roaring twenties, as the train speeds on towards Miami, where art deco, Cuban coffee, and 1950s coffee await. 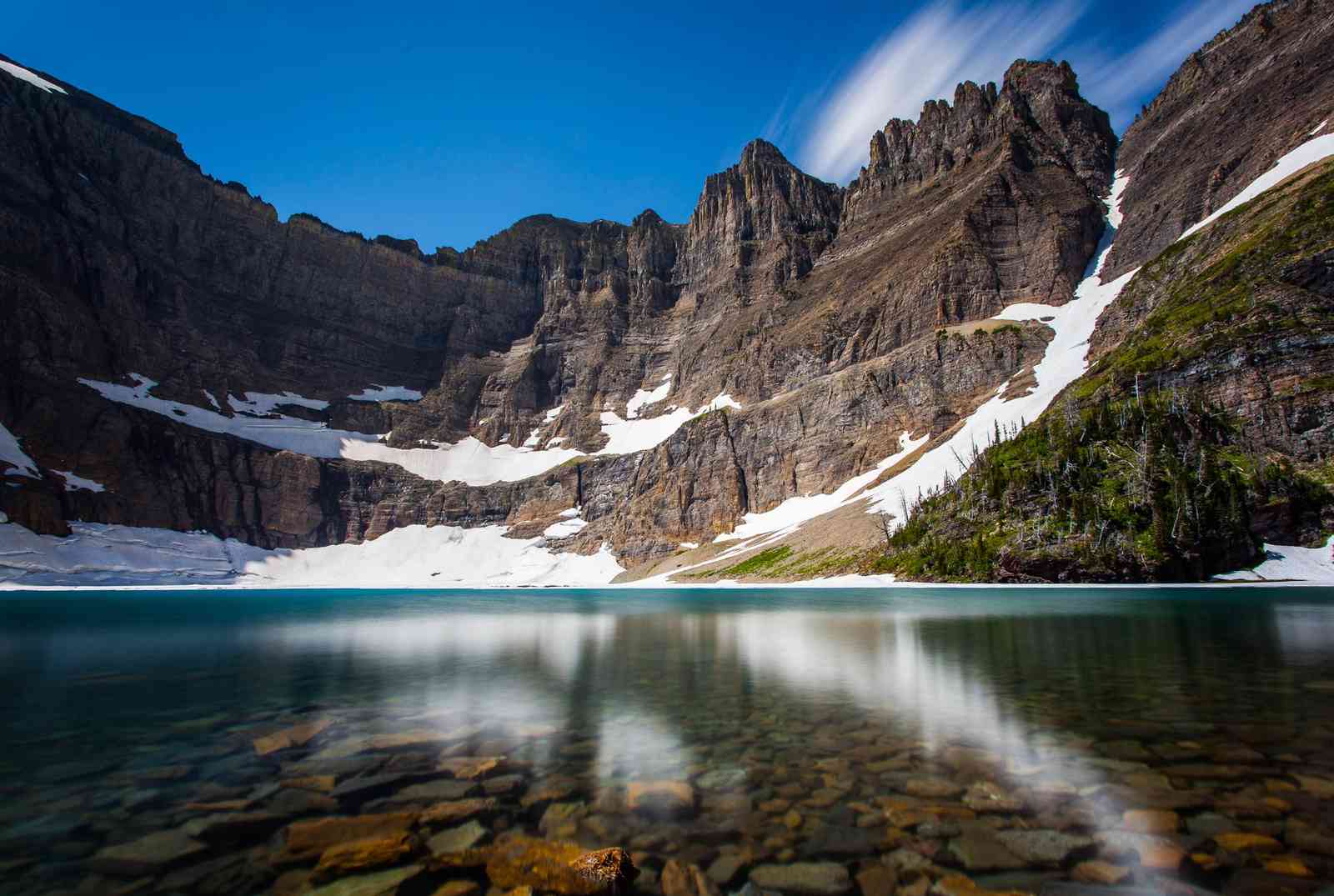 Why it's special: Following the footsteps of the first pioneers, this daily train chugs along America’s northern border states, from the Mississippi to the big skies of Montana

From the mountainous skyscrapers of Chicago across the grasslands of North Dakota, the Empire Builder emerges in Glacier National Park, one of the most scenic parks in continental USA.

Travel during spring and summer months to take advantage of Amtrak’s Heritage on-board appreciation, where national park guides come on board to talk passengers through Klondike National Park and the Knife River Indian villages.

The trip takes 46 hours if you choose to travel non-stop, but with the frequency of the service, it would be a shame to miss out on the train’s spectacular station locations. Take the opportunity to explore Minneapolis’s thriving art and jazz scene, go for a dunk in the Saco Hot Springs, and hike around the blue-mirrored lakes in Glacier National Park - at least a two week trip. Watch the rugged scenery slip past from the comfort of the train’s observation carriage, which is all big windows and outward facing passenger seats. 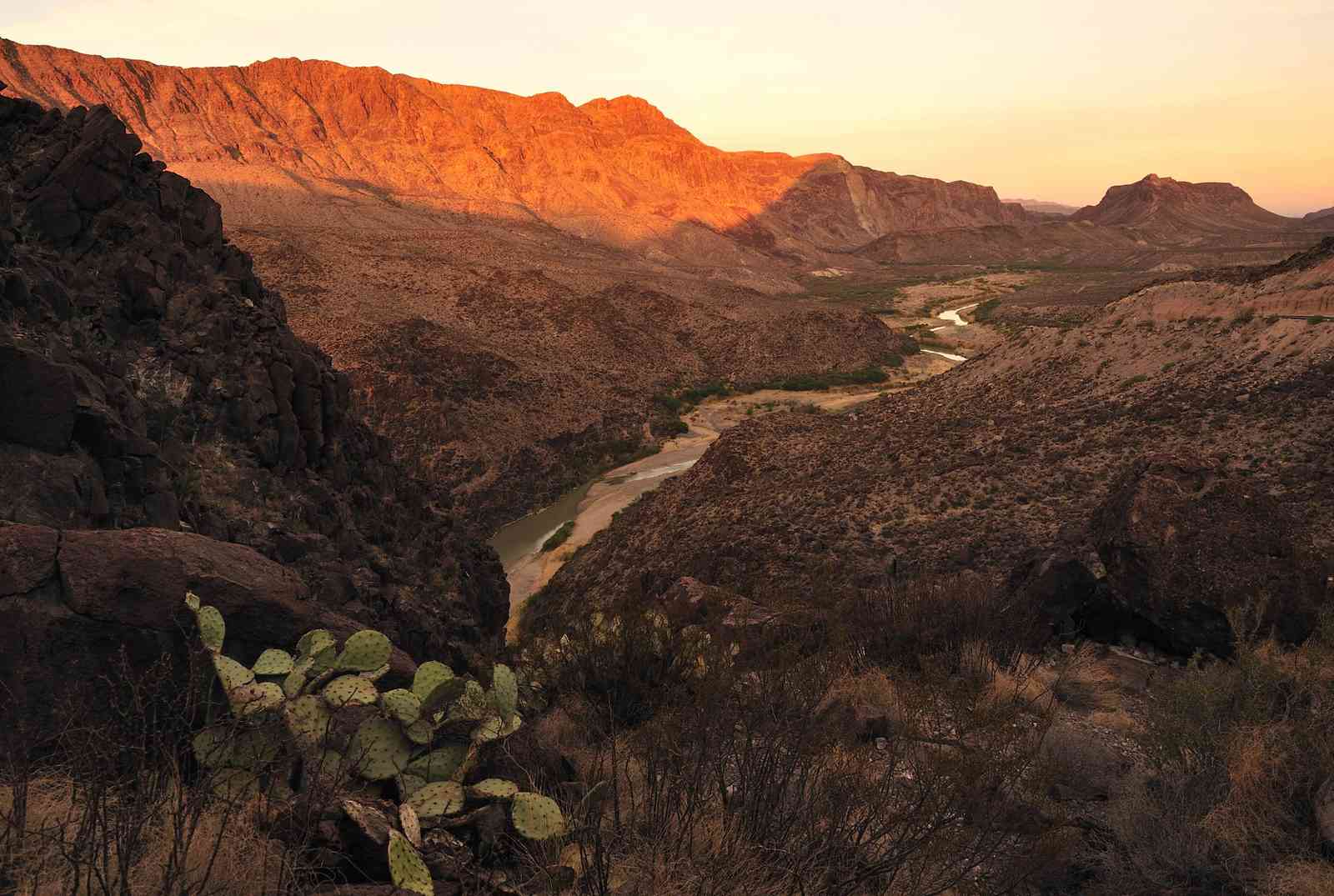 Why it's special: Sunset Limited travels from the gulf of Mexico to the Pacific, following the scorched earth of America’s southern states: expect tumbleweed, superlative tacos, and cacti

Starting at the hurly-burly of New Orlean’s Amtrak station, chances are you’ve already stocked up on enough gumbo, po’boys and beignets to survive the 46 hour journey unaided. The train moves slowly at first, picking up speed as the city of New Orleans recedes, replaced by lush plantation country as the tracks curve north towards Lafayette.

From Louisiana, Sunset Limited crosses into Texas, pulling in at Houston late at night after a day of travel. Jump off here to explore the thriving theatre scene or spring rodeo competitions, held in spring before the state burns up over summer. From here, the train hits desert and vast plains – stay on until Big Bend National Park. Alight to kayak and scramble along the Rio Grande: if you can rent a tent, camp out for a night or two in the park to make the most of stargazing in some of the clearest skies in the whole of the US.

From Big Bend, the train passes through Ciudad Juarez, a city central to the Mexican/US immigration debate. Disembark to find out more, or stick on the train to Arizona and California, where spas and hiking await in Scottsdale and Saguaro National Park. The train will pull up in LA in the early hours: make your way for a burrito breakfast at Olvera Street just across the square.

Why it's special: Ever wanted to drive Route 1 with a beer in one hand and a camera in your other? Here’s your chance.

If you want to experience the most scenic train ride in the US, this is the one. From the roller-bladers in Santa Monica to the billion pound beach houses in Santa Barbara, the first leg of the journey is a feast for the eyes. Blue sky, turquoise sea, and white sand slowly metamorphose into craggy cliffs, churning water, and passengers spotting whales out of the observation car with their binoculars.

The Coast Starlight train passes through a military zone, where on the right you can make out a space shuttle launch zone before pulling up at San Luis Obispo. This is one of those trips that’s short enough (11 hours) to do in a day, unless you want to get out and explore the coastline up at Carmel, or kayak around the Santa Catalina islands.

The seats are large and comfortable, and the windows of the observation car are vast enough to appreciate the incredible late afternoon orange sunsets that sink over the Ellwood oil fields. The train pulls into Emeryville, the connecting station for San Francisco, before it continues its long route up north through the Cascade mountains, and up to Portland. 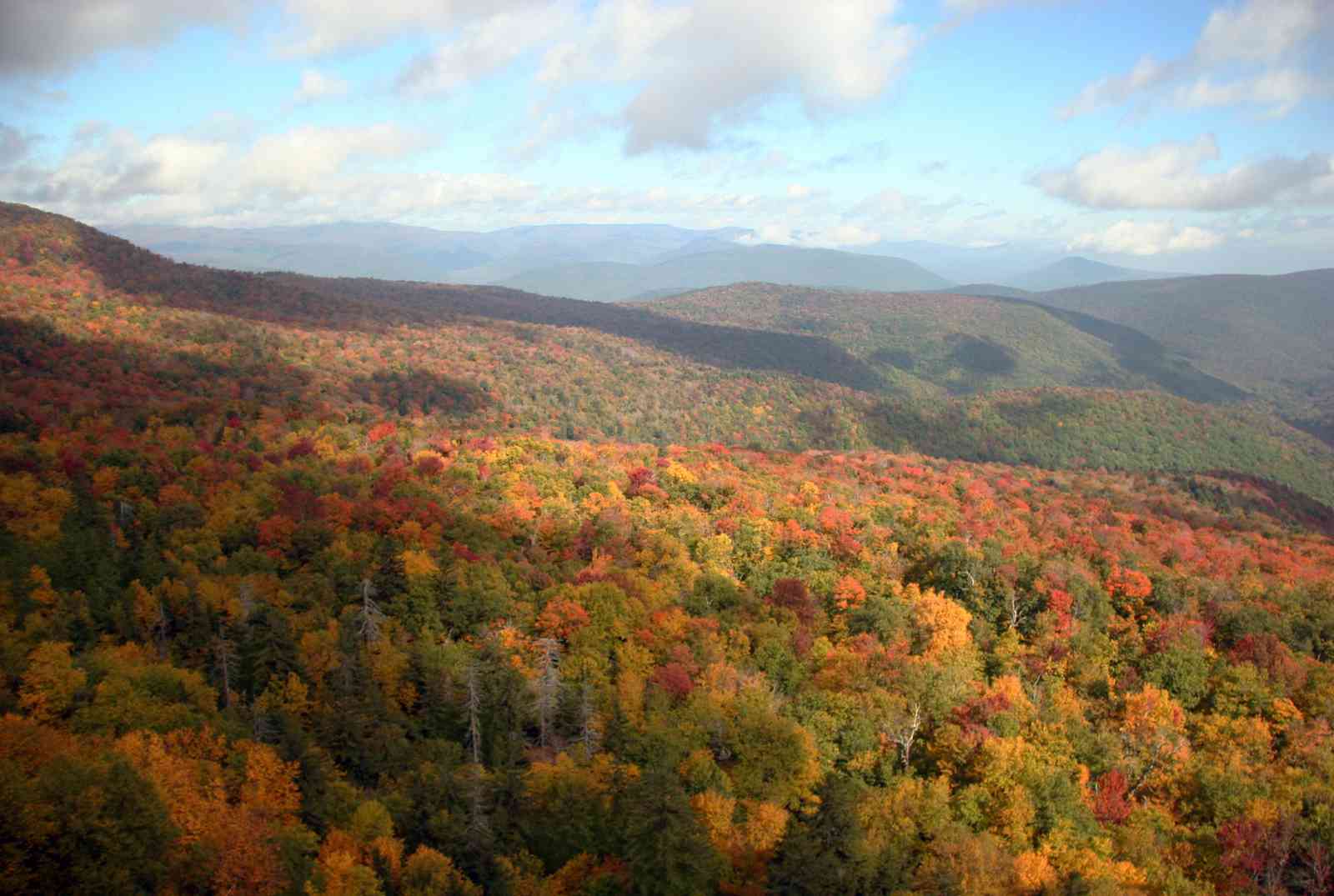 Why it's special: For just $68 and a day’s travel, ride from cacophonous New York to culture-rich Montreal, on one of the “ten most scenic rail trips in the world”

In ten hours time you can not only jump cities, but countries. Running between Manhattan and Montreal, the Adirondack ploughs north through Poughkeepsie, where infamous New York families like the Vanderbilts and the Astor’s built staggeringly large mansions: visit prestigious Vassar college and the home of Samuel Morse, founder of Morse Code.

For hiking, disembark at Catskill to access the superlative fresh air and crunchy-gravel paths of the Catskill mountains. Fancy a tipple? The Hudson Valley is home to some of the best vineyards in the region. As well as producing great wine, the vines and foliage bordering the tracks make this a particularly colourful trip in autumn, when the trees turn sunset red. History lovers will want to explore Saratoga Springs, home to a famous battle in the revolutionary war where British troops surrendered to the Americans.

The tumbling hills and verdant forests soon change at the Canadian border crossing, where the train emerges onto the St Lawrence river where it follows this churning, vast waterway up to Montreal, Canada’s largest francophone city. If you’ve got the time, take ten days to make the most of North East US’s startlingly beautiful scenery, staying in quaint B&Bs along the way.