The Okavango Delta with kids

The Okavango Delta was top of our list of must-dos on our big round the world. To make sure the kids got the most out of it we booked a helicopter flight over the Okavango Delta, to be followed by a traditional mokoro trip into its heart.

We leave in the morning, driving along a bumpy road up to Boro where our helicopter was waiting. The helicopter only seated three people so we took it in two shifts. Edwina, Arabella and Luca were first up. Then Maddalena and I would follow.

The helicopter had its doors taken off  to allow taking photos, which initially worried the kids. But once their seatbelts were secure they felt safe and the fun began.

Me and Maddalena watched them take off and 25 minutes later it was our go. As there was three seats and only two of us, Edwina came again. Maddalena held my hand as it took off but within a minute she was relaxed and enjoying the flight. 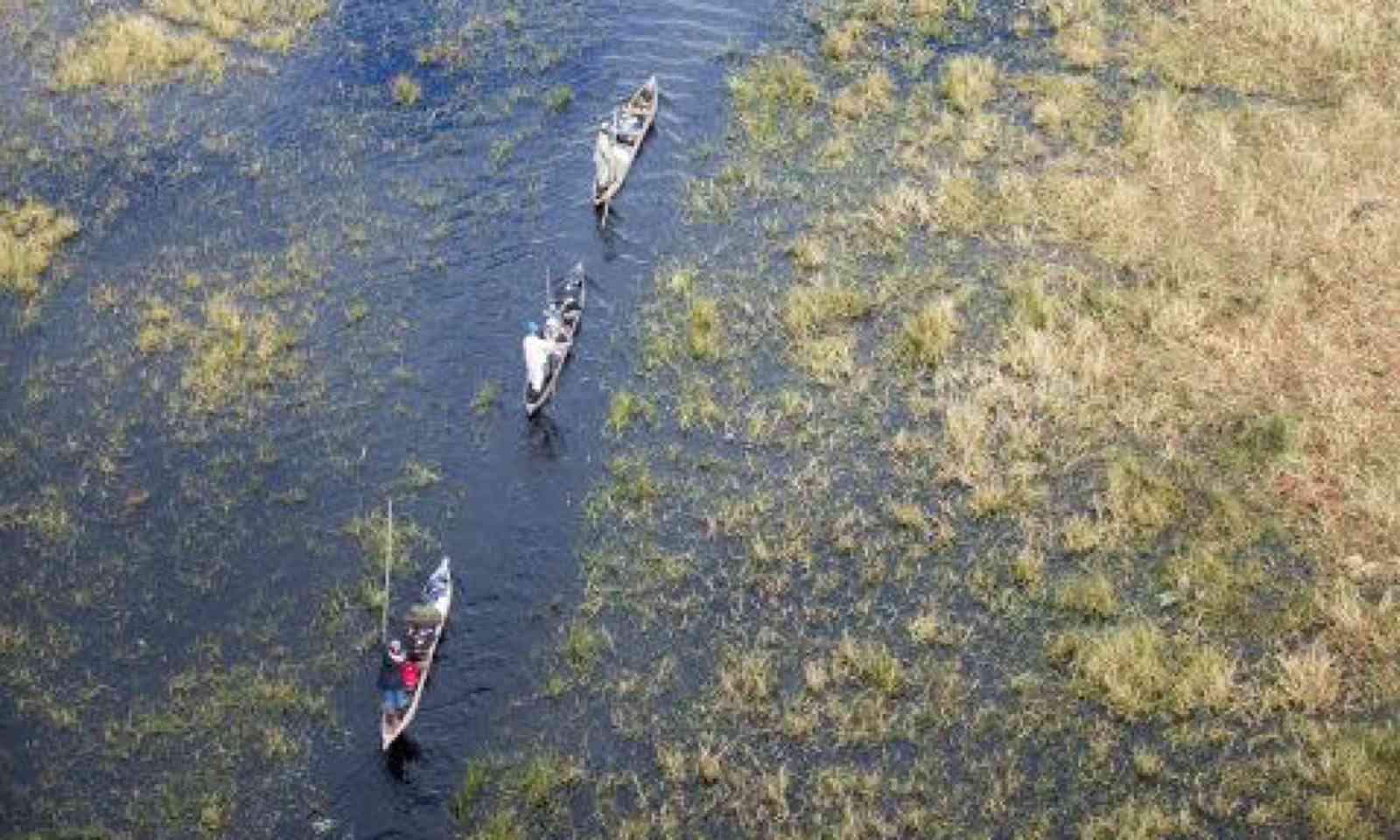 The helicopter gives a different perspective to the delta, revealing a vast expanse riddled with channels. Normally at this time of year the delta would be flooded, but with the rains coming late the delta was pretty dry. As the helicopter flies close to the ground we see a large herd of elephants, a group of giraffes drinking and a large herd of buffalo. On her first flight Edwina had seen a dead elephant being eaten by vultures and could smell the rotten flesh from the air.

Back on the ground with meet up with Oscar, our poler and guide on the mokoro. Mokoro are traditional wooden canoes and the best way to get around. Best of all, the polers' society is community based, with only locals allowed to pole tourists into the delta and the money made from the mokoro tours injected directly back into the community.

We set off down a slim channel, where the dark waters reflected the clouds and sky perfectly. The ride is tranquil and beautiful and after 2 hours we stop for lunch. While we are eating a herd of elephants, including four bulls, approach so we finish up eating and head out to greet them. 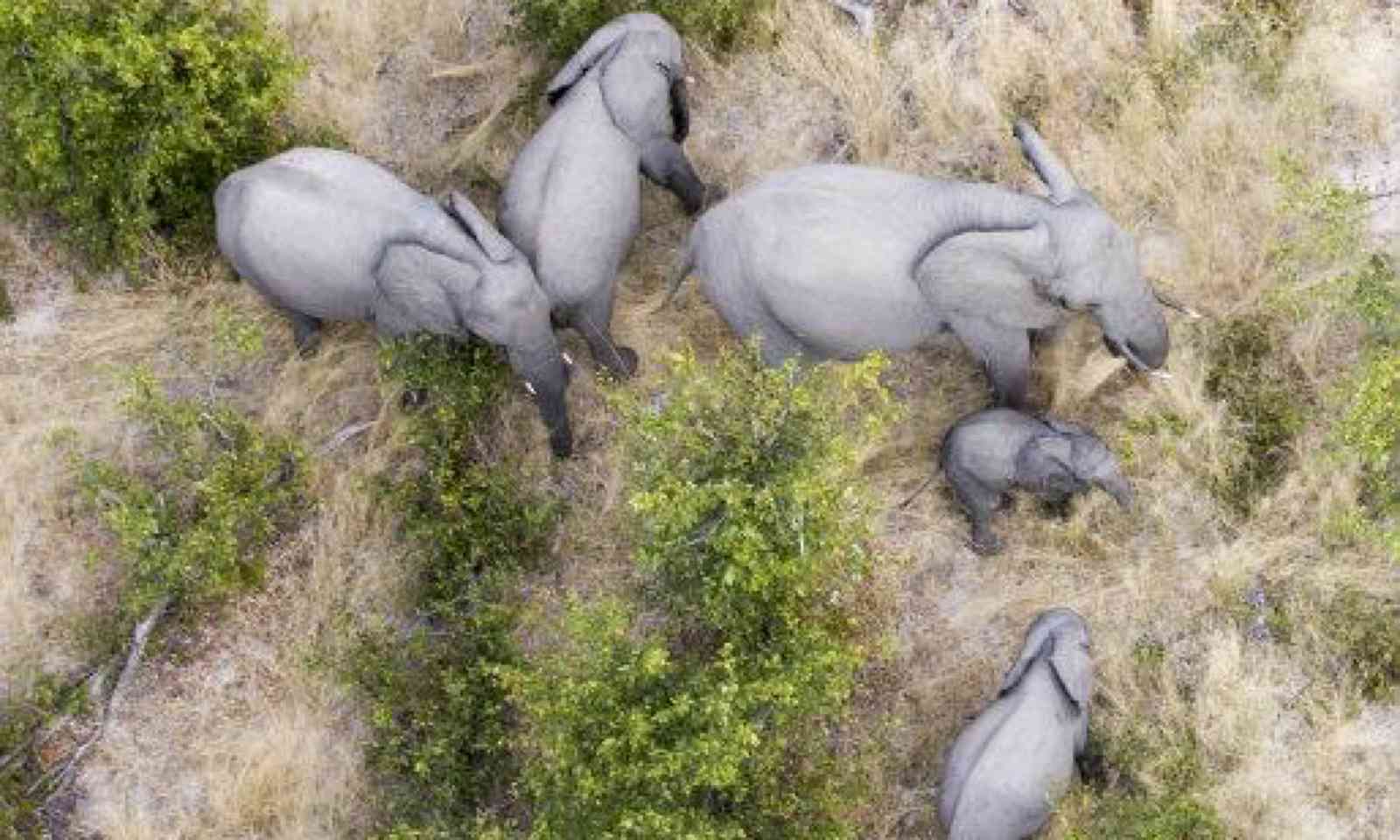 It was an amazing and scary experience for the kids. Our guide takes us to within a stone's throw from the elephants, ensuring that we didn't alarm them. After the elephants pass, we carry on walking and see zebras and wildebeest. All too soon we head back to the mokoro, the slow river ride downstream was peaceful. Serenaded by the birds, the rustling of the grass and the gentle movement of the water was enough to send Edwina off to sleep.