The best time for wildlife watching in the Masai Mara, Kenya

Which is the best season to visit Kenya's Masai Mara? From April to May, say wildlife experts Jonathan and Angela Scott – here's why...

The Safarilink Twin Otter soared in to the sky banking sharply to the south over a wide stretch of river swollen by the recent rains. I was headed home to Nairobi, to the woman I love, leaving behind the place where we were married 23 years ago on a rocky ridge 1,000 feet above the stretch of wild country we call our second home.

The sweep of open plains, all shiny emerald green, reached out towards the towering knife edge of the Siria Escarpment, vanishing now towards the distant horizon, a geological feature that not only defines the western boundary of Kenya’s Masai Mara but links it seamlessly with the great Serengeti National Park to the south. 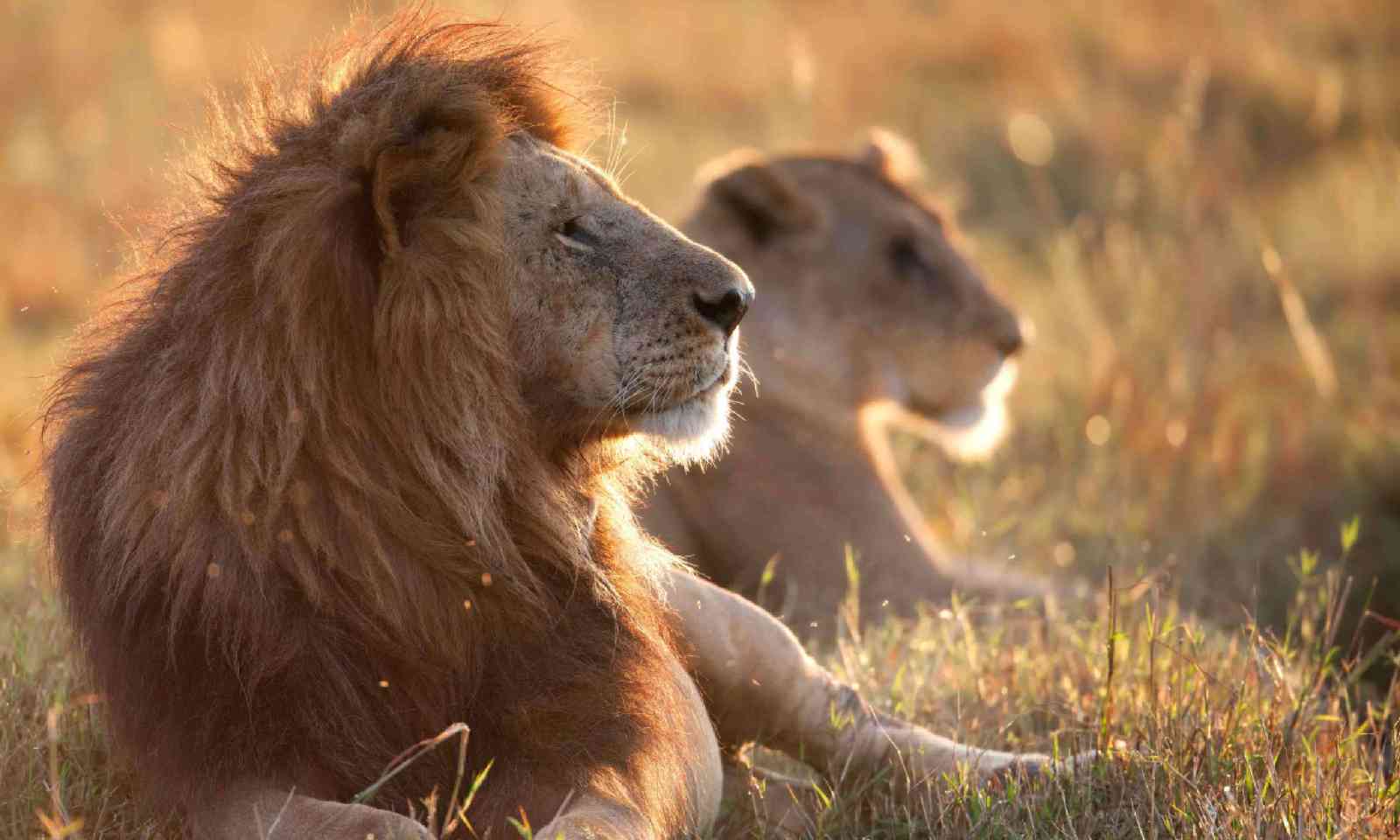 No fences, just a massive swath of untamed Africa in the heart of Masailand: home to more than two million hoofed animals – wildebeest, zebras and gazelles – that together make up what has become known simply as The Great Migration. This is the last place on earth where you can see animals in these kinds of numbers.

It was mid-April and for the past two weeks the sky had darkened each afternoon as towering thunderclouds brewed up a storm that shut out the sunlight and transformed the landscape in to a brooding sweep of inky grey. A herd of buffaloes, three hundred strong, marched towards a sculpted Balanites tree – the desert date that looks like an acacia with its flat-topped crown neatly trimmed below by giraffe and elephants.

Splashes of white caught my eye, marking the spot where cattle egrets fluttered like giant butterflies around the black army of buffaloes as the wild cattle kicked up frogs and crickets hidden among the long grass. One final stop to scoop up a party of visitors from Serena Lodge, its arc of loaf shaped rooms mirroring the traditional dung coloured dwelling places of the Masai pastoralists who roamed the Mara long before it found fame as Kenya’s finest game sanctuary.

Perched like an eagle’s nest on a hill top, Serena Lodge overlooks one of the wildebeests’ favourite river crossing sites at the southern edge of Paradise Plain. The river crossings are places that my wife Angie and I revisit each dry season in the hope of witnessing what is surely the most dramatic and exciting wildlife spectacle on earth when thousands of wildebeest and zebras leap in to the Mara river in their endeavour to reach fresh grazing. Lions and leopards lie in wait among the thickets while giant crocodiles up to 5 meters long lounge along the muddy banks or submerge mid-stream, only their beady eyes and bulbous snout visible, as they wait for the annual feast to begin. 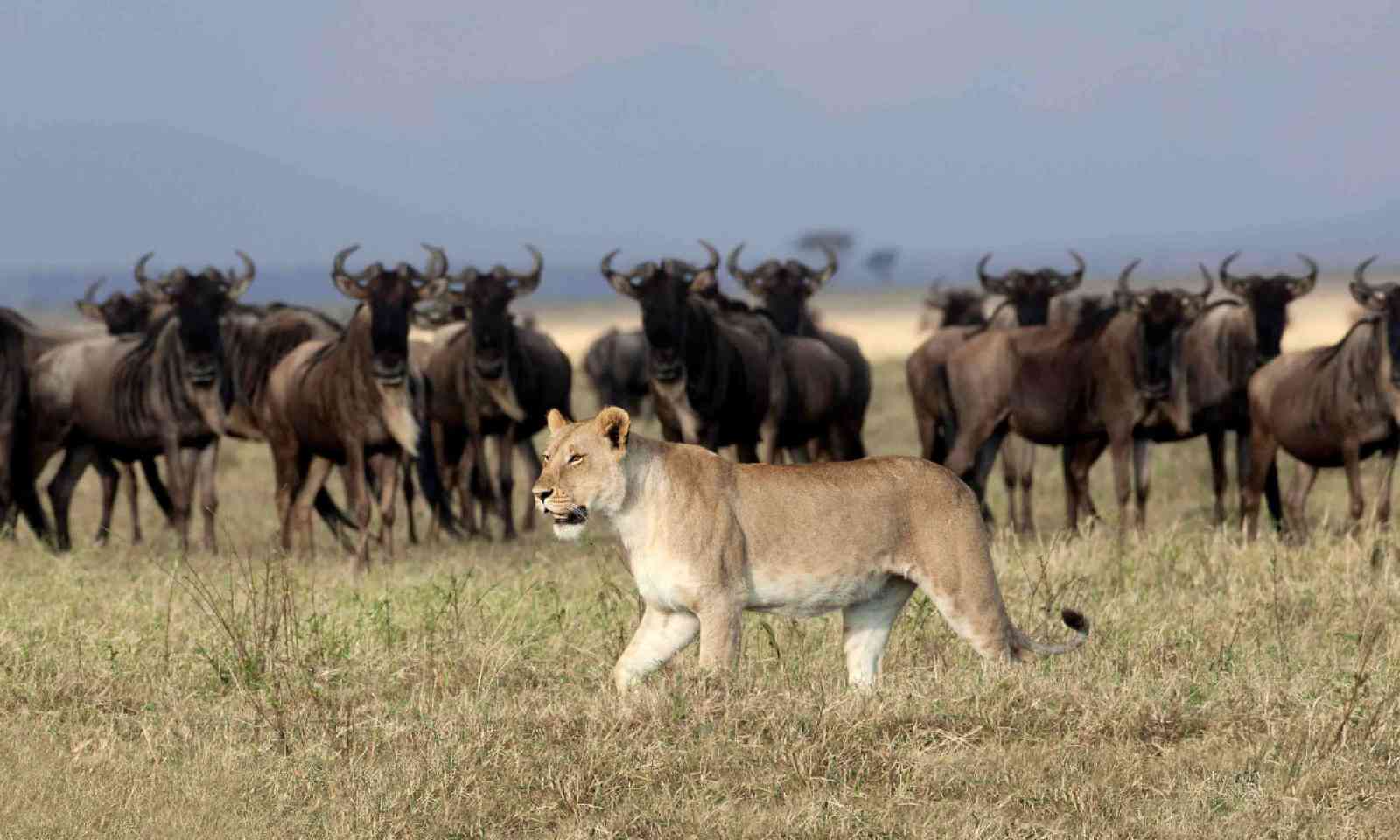 I continued my reverie as we headed east, simply glorying in the Mara’s visage. The open country gave way to patches of acacia woodland painting a dappled texture (Mara means ‘spotted’ in the language of the Masai people) to the places where giraffe browsed tender green leaves from among the white-barbed whistling thorn. These are the kind of places where I spend the hour before dawn searching for the secretive leopard that has been my obsession since childhood, places where the ‘night walker’ can lie up during daytime, keeping watch with piercing golden eyes from the edges of the thickets for the possibility of an easy meal.

The surrounding plains were flecked with white blossoms – tiny semi-parasitic flowering plants called Cycnium that draw nourishment from the roots of the grasses. These ‘wastepaper’ plants look like confetti tossed aimlessly over the grasslands in joyful celebration at the onset of the rainy season, tasty morsels to nibble on for parties of Egyptian geese and troops of Olive baboons.

Like the rest of Kenya, the Mara had been waiting for the life-giving moisture that all life depends on, praying for the onset of the Long Rains that should begin in earnest in late March and continue through to early June.

Here in Africa, rains are a blessing not a curse. They breathe fresh life in to the wilting plains, sending the Thomson’s gazelles and plump-thighed topi antelopes skittering and pronking across the damp earth as the thunder storms release their gift to man and beast. The hippos would be chortling and blowing sharp bursts of spray from their nostrils as they wallowed and rolled on their backs in the river, scattering their dung into the muddy water, replenishing its nutrients.

Come rain or drought, the Mara’s famous lions rarely go hungry. The rains bring a surge in births among the prey animals: wildebeest calves and zebra foals are born during the Long Rains – and wart hogs, topis, gazelles and impala fawns in September and October at the onset of the Short Rains.

When drought strikes it quickly takes its toll on the heavyweights among the herbivores, with the buffaloes and hippos first to lose condition making it easier for the prides of lions to pull them down. 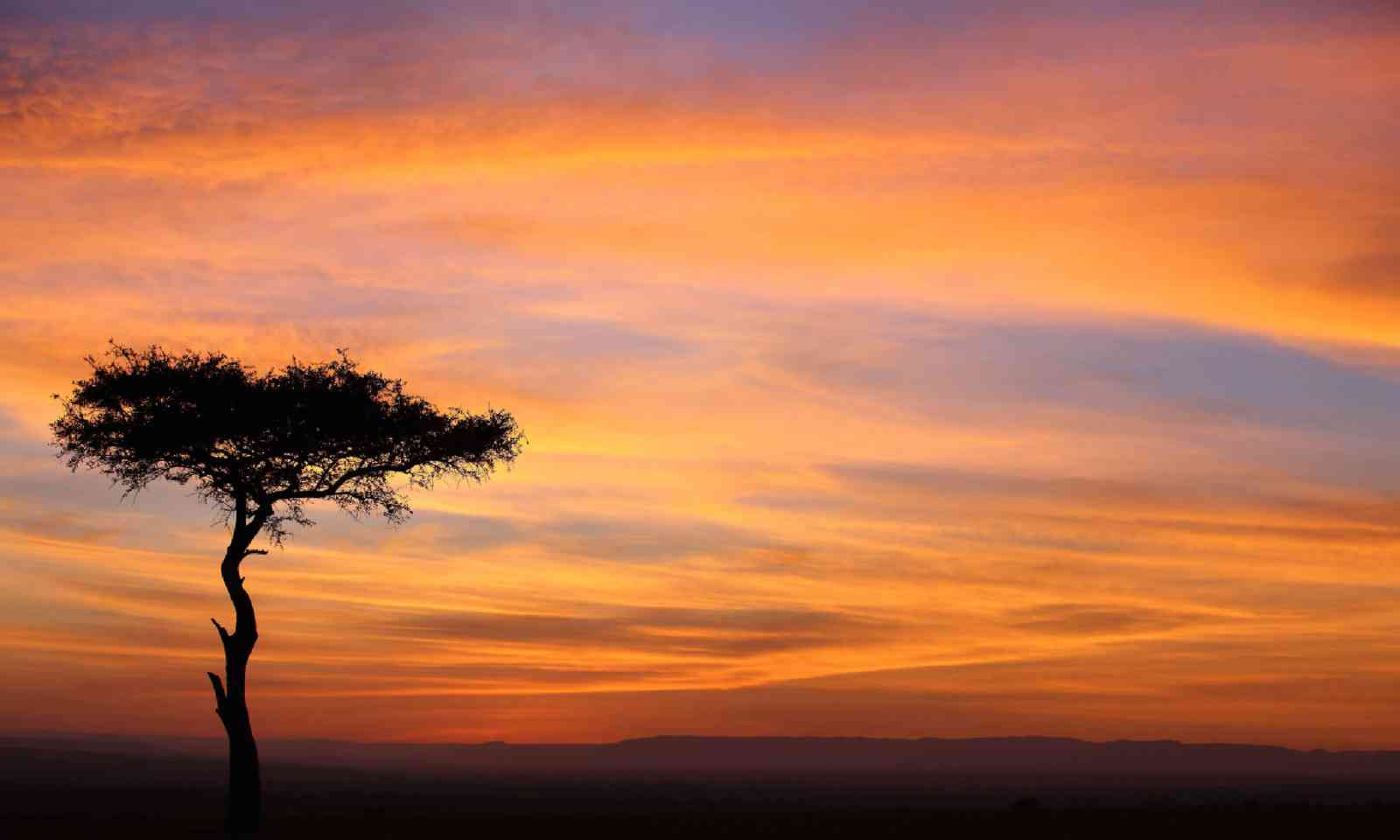 Lions are resilient cats. They can repopulate an area quickly given the chance. What they need is real estate – a place with adequate cover for them to hide young cubs and to lie up during day time, somewhere with prey to ambush, and where they can find water. Scientists believe that this competition over territory is the reason why lions became social, unlike the other 35 species of cats that live a primarily solitary life. The biggest problem for lions is that humans covet the same resources.

I recently recorded the narration for a documentary on the work of the Kenya Wildlife Trust’s Mara Lion Project (MLP), a sister initiative to their Mara Cheetah Project that Angie and I are proud to be ambassadors of. With lions on the decline across much of sub-Saharan Africa – they have already lost 75% of their natural habitat in modern times – we need to know how many lions live in the Greater Mara (the reserve and surrounding wildlife conservancies) and whether they are increasing or declining.

Part of the work of the MLP is to discover the views of the Masai community when it comes to lions and other predators. We want to know what impact they have on people’s lives; and we want to know how they view the reserve. To help this process the MLP has made a documentary explaining their work in the Maa language (with English sub-titles) called Because Of The Predators. This is being shown throughout the Greater Mara with the Masai encouraged to answer a number of questions to evaluate their views. Only by discovering what value the Masai put on lions can we find solutions that will help ensure a future for predators and people.

A week-long safari in the Mara is still an incredible experience for anyone, not least a wildlife photographer seeking something new to photograph. Every year Angie and I host our great friend Michel Zoghzoghi who lives in Beirut, a county all too familiar with acts of terrorism and ethic and religious violence.

Michel is a seasoned traveller, he has photographed charismatic predators in all corners of the earth from great white sharks off the coast of Cape Town to Bengal tigers in Bandavgargh National Park in India where we first met. He has filmed giant coastal brown bears in Alaska’s Katmai National Park and later in the year he will travel to Iceland to photograph Artic foxes. His first book and exhibition entitled Prey proved a triumph in Lebanon helping to raise nearly US$200,000 for The Children's Cancer Center of Lebanon and wildlife conservation.

Michel knows all about the vagaries of travel, but he couldn’t resist emailing us just before his latest visit to the Mara for reassurance that it was safe to take a safari here in Kenya. There are no certainties in life but we felt confident that Michel would be safe in the Mara, a place that he has come to love as much as Angie and I do for its achingly beautiful landscape and unsurpassed game viewing. 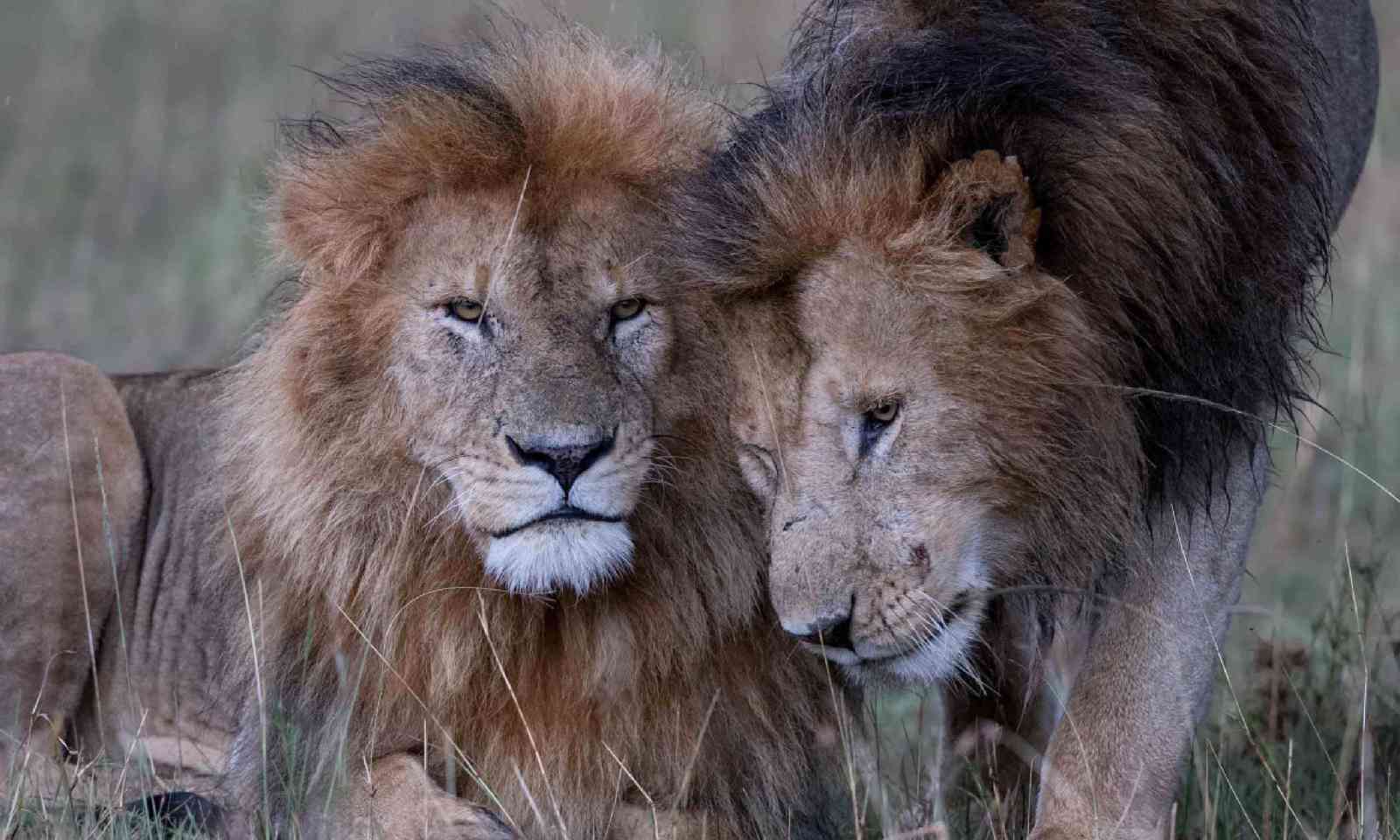 Our guest had made one thing abundantly clear; he no longer wanted to be in the Mara during the high season from July through October. Competing with dozens of safari vehicles for a space at a river crossing or around a lion kill might more than satisfy the first-time safari enthusiast, but not Michel.

He, like us, prefers the ‘green’ seasons: April to May – November, too – when tourism slows and the animals reclaim the land; times when you can game drive without seeing another vehicle for hours on end.

Michel reminded me that we need to stop talking about ‘low’ seasons when it comes to the Mara. There are no lows in the Mara – just a succession of highs. During our latest visit we gloried in the presence of the magnificent male lion known as Scarface – one of the 4 Musketeers – as he mated and squabbled with lionesses from the Paradise Pride; the Musketeers co-habit with six different prides of lionesses to date.

Each day we set out before dawn, picnic breakfast and lunch at the ready, barely able to drag ourselves away from the wonder of it all by the time the sun hung low over the escarpment. We found zebras eager to cross the river – topi antelope, too – and crocodiles equally ready to ensure that not all of them reached safety. Closer to our base at Governor’s Camp, fish eagles and marabou storks battled for possession of giant catfish marooned by the floods around Musiara Marsh.

My advice? Don’t wait until July and August, by which time believe me the Mara will be buzzing again – and yes, we will be there too! You will find some very special deals from camps and lodges in and around the Mara, including Governor’s Camp where Angie and I are based. If ever there was a 'best' time to enjoy our favorite wildlife destination, this has to be it.