7 of the best things to do in Cameroon

As Cameroon celebrates its National Day with a parade on 20 May, Sarah Riches reveals the West African country’s highlights 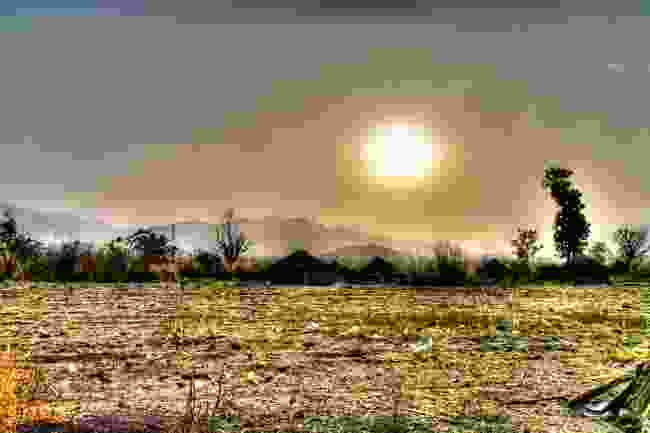 This mountain range in the north of Cameroon is made up of more than 600 peaks, some of which are active volcanoes. The range forms a natural border between Cameroon and Nigeria. Most visitors explore the region on a small group tour or with a local guide – Poli is the nearest town. You can trek in the mountains all year round, although June to October is rainy season.

One of the highlights is meeting the Koma people who inhabit villages in the massif such as Bakiba, Bimlerou le Haut, Koilo, Librou, Louga, Nagamalo and Somlari. The tribe follows a traditional way of life, living in mud dwellings and wearing skirts made from leaves.  If you’re lucky you may be able to join them around a campfire or in a dance, listen to drumming and handmade musical instruments, or observe an animal sacrifice ceremony. 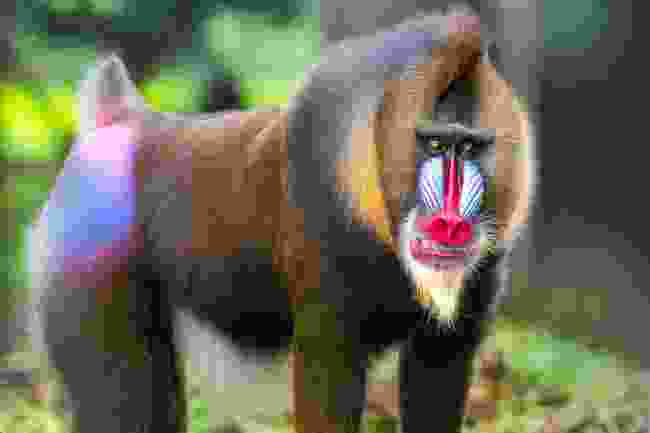 Founded in 1950, this reserve in the south east of Cameroon is a UNESCO World Heritage Site, valued for its unspoilt rainforest and biodiversity. The Dja River circumnavigates most of the rainforest, 90% of which is untouched – making it one of the largest and best-preserved primary forests in Africa.

Roughly the same size as the county of Norfolk in the UK, the reserve is home to 107 species of mammal, including forest elephants, leopards, the stripy antelope-like bongo and African grey parrot. Visitors may also spot primates such as chimpanzees, gorillas, white-collared mangabey and the red and blue-nosed mandrill. 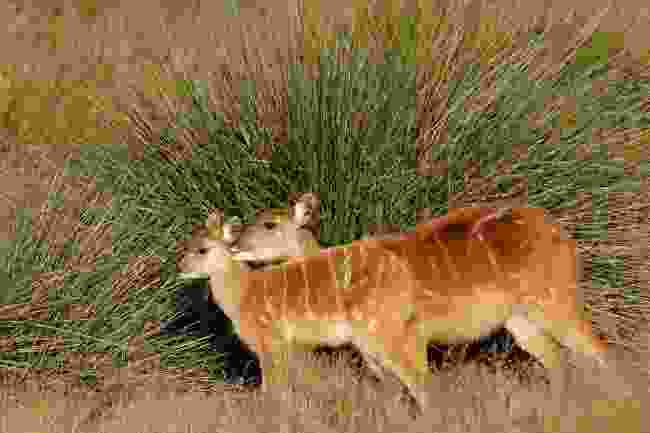 So-called because it’s shared between Cameroon and neighbouring Congo and Central African Republic, this conservation area is another UNESCO World Heritage Site. It is home to three national parks – one of which is Lobeke National Park in the south east of Cameroon – which have largely been left alone by humans.

A buffer zone protects the vast area, which is made up of wetlands, swamps and tropical forests of evergreen species. On land, visitors may get to see forest elephants, critically endangered gorillas and endangered chimpanzees, while the waters are the lair of Nile crocodiles and Goliath tigerfish, a formidable silver fish with sharp teeth. Sitatunga antelopes inhabit the swamps. 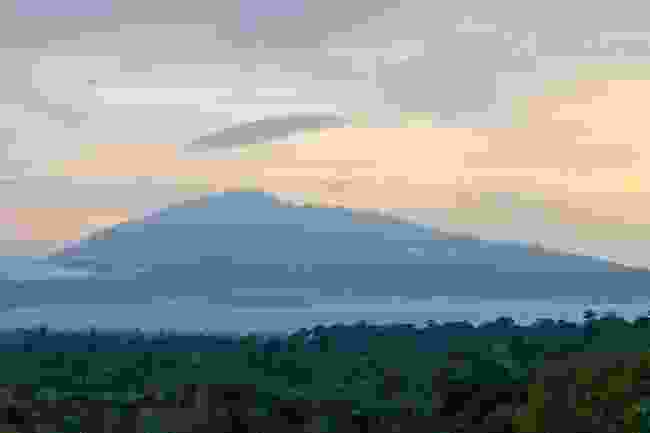 This National Park is close to the coast in the west of Cameroon, near the city of Buea. The park’s highest peak, Mount Cameroon, is also known by the indigenous name Mongo ma Ndemi, which means Mountain of Greatness. At 4,070m, it is great indeed.

Fako is the highest of the two peaks. Even though it’s an active volcano which erupts frequently, it’s still popular with campers and hikers, who must hike with a registered guide. There are plans for night tours and a canopy walkway, too. Every winter, you can also watch endurance runners race the 38km from Buea to the summit and back, which takes about four and a half hours.

The park is home to forest elephants and various primate species with distinctive features. As well as chimpanzees, you may come across drill, red-capped mangabey, the putty-nosed monkey – which has a white nose – mona and red-eared monkeys and Preuss’s and crowned guenon. Twitchers, stay close to your binoculars, as Mount Cameroon spurfowl and Mount Cameroon speirops are endemic here. 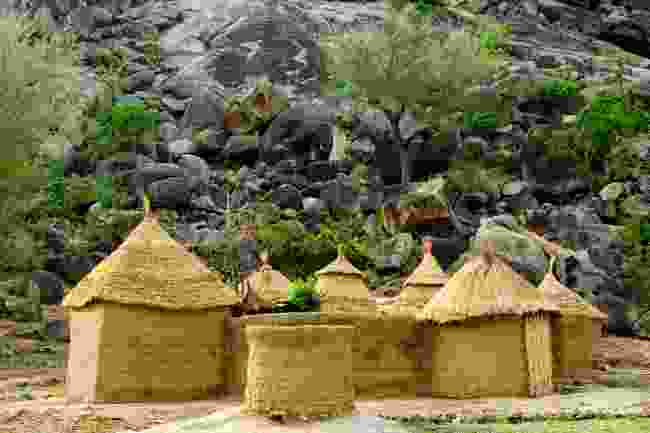 Like the Atlantika, the Mandara massif is also volcanic and along the border of Nigeria, but it’s in the far north corner of Cameroon. At 1,494m, Mount Oupay is the range’s highest point and it’s a popular hiking spot.

Mandara tribes live in villages nearby, in huts with dirt walls and thatched roofs. They farm sheep, goats, chickens and bees, and exchange handicrafts and produce at local markets. 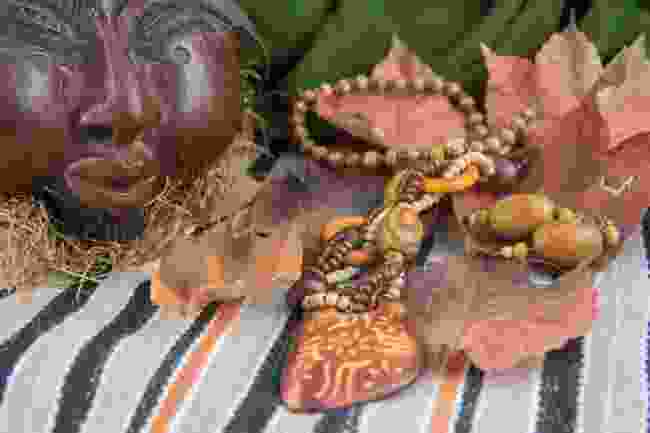 Crafts and jewellery made in Cameroon (Shutterstock)

This historic town near the middle of Cameroon has a Saturday market, a landmark mosque with green domes and a palace. Completed in 1917, Foumban Royal Palace is home to the Sultan’s Museum, where you can browse displays of royal gowns, weapons and jewellery.

But most visitors are drawn to Foumban because of its art scene. A road lined with artisans selling sculptures, baskets, embroidery and wood carvings runs south of the town from the palace to Village des Artisans, which is home to Musee des Arts et des Traditions Bamoun. Here you can browse traditional African art and cultural exhibits such as musical instruments, statues and masks. 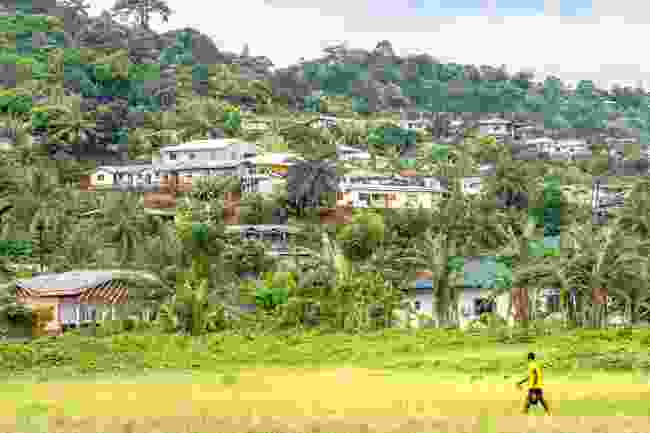 Once an epicentre for the slave trade, the seaside town of Limbe on Cameroon’s south west coast is now better known for its black sand beaches, botanical garden and wildlife centre.

The 52-hectare Limbe Botanical & Zoological Garden is nearby, en route to the seafront. Here you can see native species such as orchids, as well as palms, medicinal plants and fruit trees including the moabi. Look out for herons and kingfishers on the banks of the garden’s riverside trail, then stop for a picnic on the lawn.

If you visit in spring you may experience the town’s annual Festival of Arts and Culture, which is celebrated with a parade, canoe race, wrestling and traditional dances.

Cameroon to Gabon on a loaf of bread