Killer whales can be easier to find than you think. From the icy waters of the Antarctic to the beaches of Patagonia – we uncover the best orca watching spots around the world... 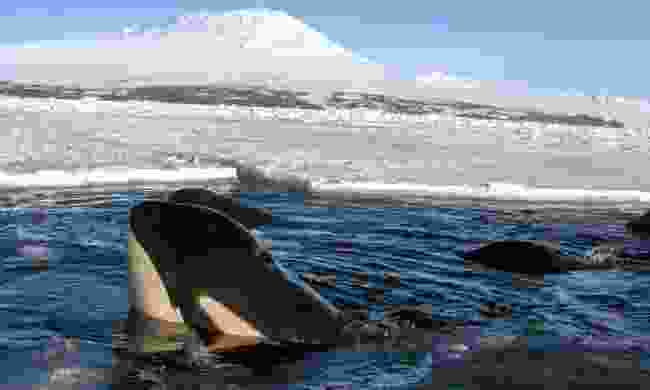 The Antarctic is a great feeding ground for orcas and it is estimated that half the world’s population (around 25,000) reside there. Expedition cruises circle the Antarctic Peninsula in search of dorsal fins cutting through waves, or to witness orcas crashing into icebergs to knock unsuspecting sea lions into the water.

Where to see: Tours of the peninsula from Argentina’s Ushuaia are popular, with sightings of minke and humpback whales common. Trips from New Zealand to the Ross Sea in the eastern Antarctic are also rich in orcas.

When to go: February-March 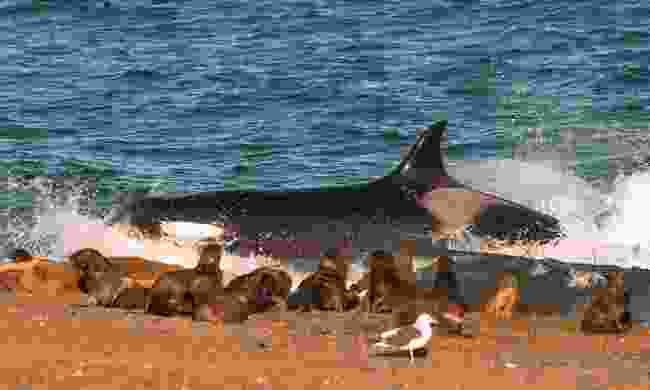 Orca on the hunt in Peninsula Valdes, Patagonia, Argentina (Shutterstock)

Neither heavy in numbers nor easy to spot, the lure of Patagonia’s orcas is their sophisticated hunting technique. Witness the lobos (a local nickname meaning wolves) gulp down sea lion pups after purposely beaching themselves at high tide in order to capture their prey.

Where to see: Viewings are mainly land-based, with the beaches of Caleta Valdes, Punta Delgada and Punta Norte all good viewing spots.

When to go: March-April (Punta Norte) and September-October (Punta Delgada and Caleta Valdes) 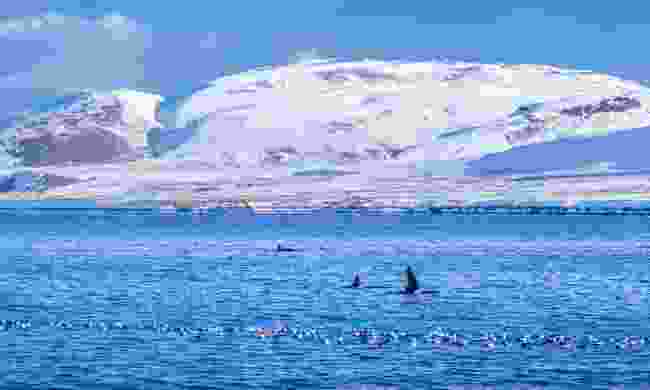 Spot orca off the coast of Iceland (Shutterstock)

Orcas are common to the coastal fjords of western Iceland, where they devour a wealth of herring and often put on vivid aerial displays. Alternate whale sightings with skygazing, as you hunt down the northern lights at night.

Where to see: The lively village of Grundarfjörður, two hours’ drive north-west of Reykjavík on the Snæfellsnes Peninsula, is the prime location for orca watching. Húsavík, on Iceland’s northern coast, also has a bounty of whales – including orcas – particularly during summer.

When to go: January-April (Snæfellsnes) and March-October (Húsavík) 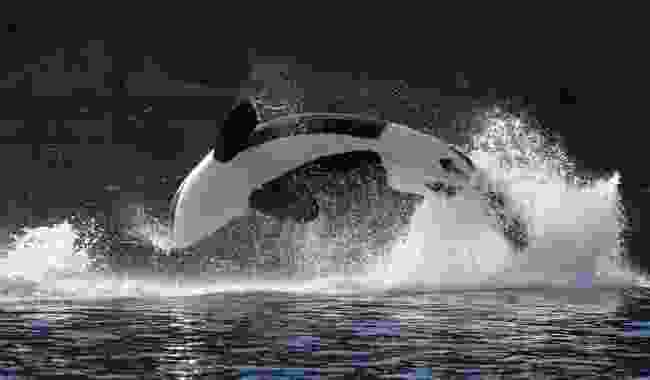 Orca jumping out of the water near the Lofoten Islands (Shutterstock)

The waters around Norway’s northern region of Tysfjord and further towards the Arctic Circle are some of the richest fishing spots in the world – and they draw large numbers of whales. Seek out herring-hungry orcas and possibly jump in and swim with them too: this area is one of the few places in the world where you are permitted to snorkel alongside wild orcas.

Where to see: Many tours depart from the village of Andenes on the northern island of Andøya. Alternatively, the city of Tromsø has also recently emerged as a prime orca-watching hub.

When to go: November-early February 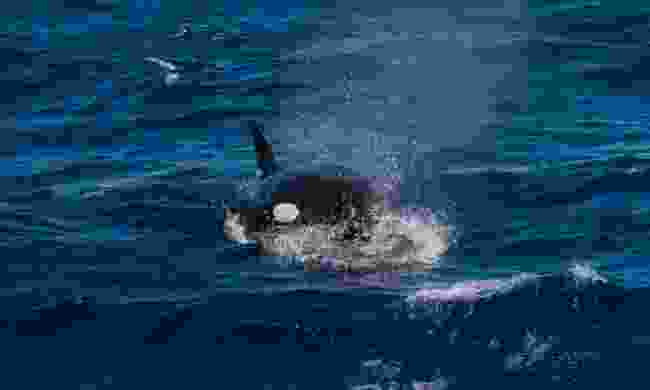 Located 50km off the coast of Western Australia, the ocean canyon around Bremer Bay has seen a frenzy of marine life in recent years. Reports put it down to an underwater hydrocarbon gas leak fertilising the waters, luring fish (and predators) from near and far. The area is now thought to be home to the largest group of orcas in the Southern Hemisphere, drawn by the promise of a free feed.

When to go: Late January-early April 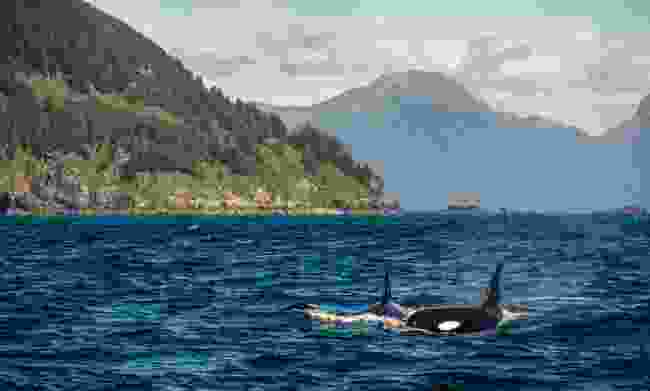 The movements of Alaska’s 18 pods of resident orcas are dictated by two factors: ice and fish. When the pack ice advances off the north of the state, they head for the shallow waters off south-eastern Alaska to gorge on king salmon and for the females to calve. Humpback and minke whales are common, while the majority of wild sea otters also call Alaskan waters home.

Where to see: Orcas gather in the Kenai Fjords, around Resurrection Bay, as well as in Kachemak Bay. Tours depart from nearby Seward and further south-east from Juneau’s Auke Bay Harbour.

When to go: June-September 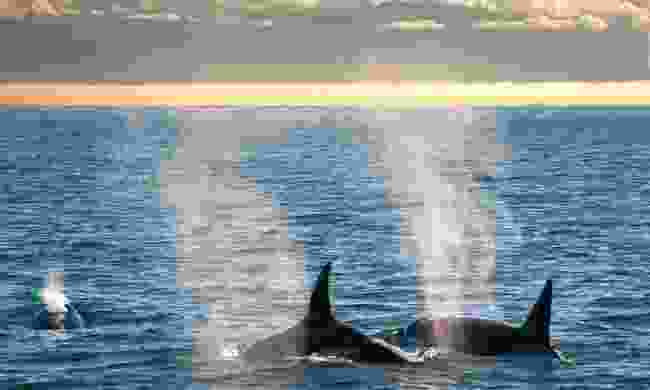 A couple of orca near San Juan Island (Shutterstock)

The salmon-rich waters of the San Juan archipelago, off the coast of Washington state, provide a feast for the islands’ three resident orca pods as they track fish close to the shores during the summer months. It’s not just orcas on view: grey, minke and humpback whales also frequent San Juan’s waters. Keep an eye out, too, for soaring bald eagles in full flight.

When to go: Mid-April to mid-October 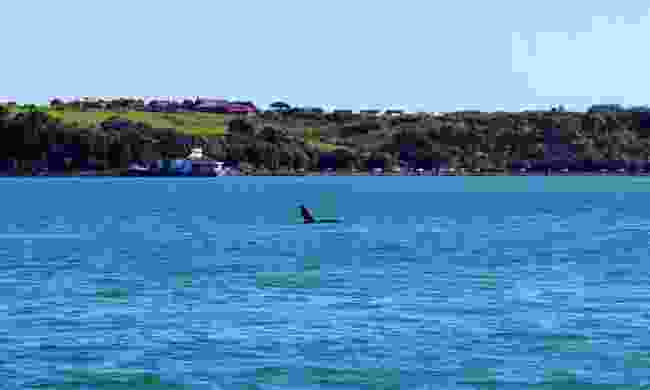 An orca in front on Auckland's skyline (Shutterstock)

During the New Zealand summer, pods of orca can be seen passing through Auckland. You will also see the endangered Bryde's whale which reside in the Hauraki Gulf year-round. And the amazing marine life doesn't stop there, with humpback, dolphin, sharks, turtles and even the little blue penguin regularly being spotted.

Where to see: Tours depart from the Viaduct Basin - only a short walk from the centre of Auckland - from where you'll be taken to the Hauraki Gulf Marine Park.

When to go: October-March 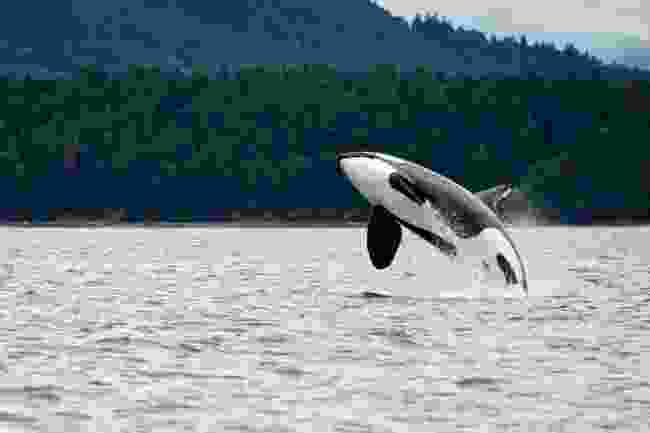 An orca off the coast of Canada (Shutterstock)

Vancouver Island is home to two main orca communities. Go to the south of the region to see around 80 killer whales feeding on salmon or head north to catch some of the 260 that patrol these areas. As the orcas are very used to the coming and going of boats, you will have the chance to get excitingly close to the predators.

When to go: May to October in the south and July and August in the north

The best whale watching on the Bay of Fundy, Canada

Can you whale watch in Colombia?

How to spot whales in the Maldives