Steeped in myth, legend, and history, Snowdonia's beauty rivals that of other mountain ranges all over the world – here's how to experience it on camping trips, hiking routes and adrenaline days

Snowdonia’s mountains offer innumerable opportunities to get out and gulp down some fresh air. And, with careful preparation, there are endless means to discover the landscape in every season.

Spring and autumn provide the best conditions for exploring on foot. The region has a footpath to suit everyone, whether you’re looking for challenging ascents, rocky terrain, or a leisurely walk for the whole family. 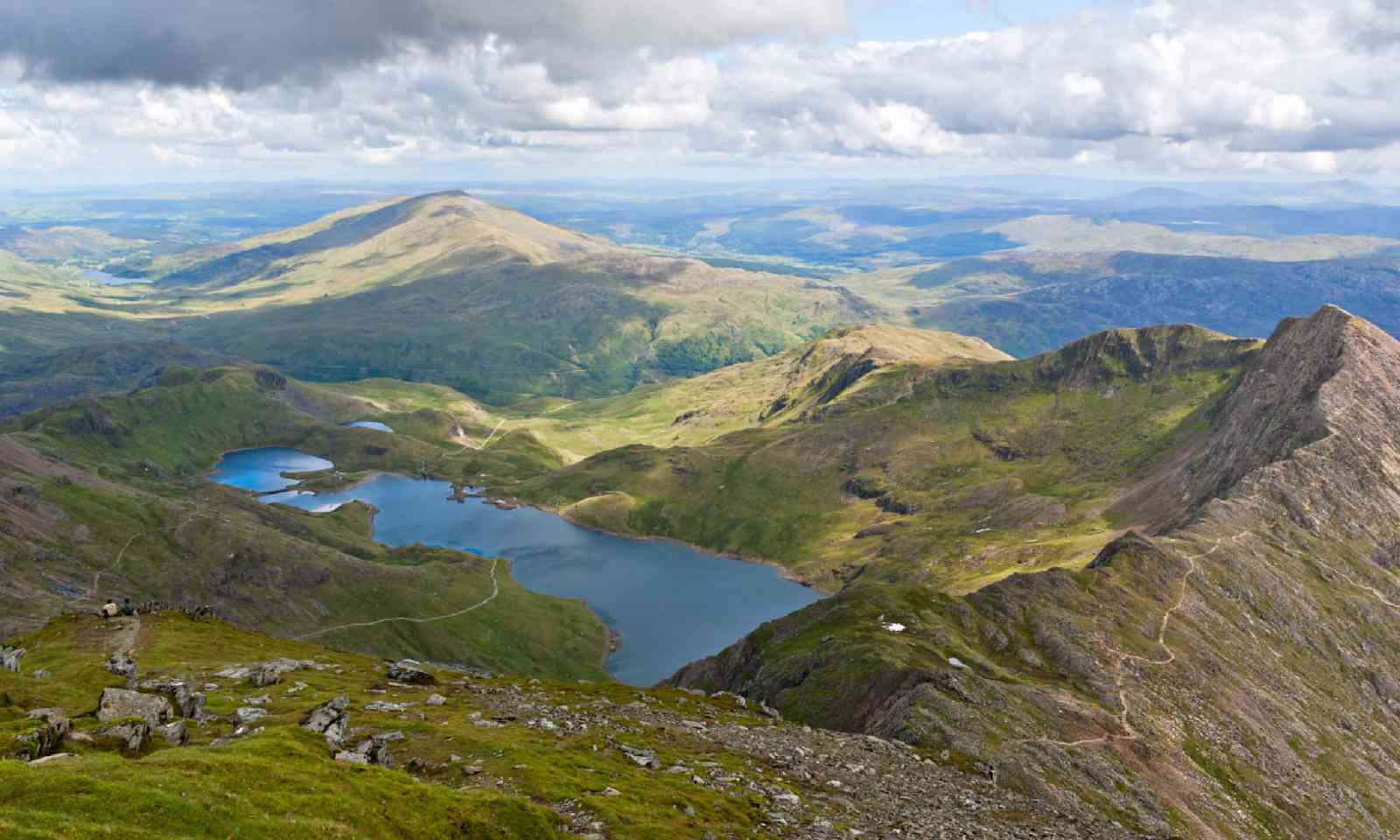 Walkers can follow six main routes up Snowdon itself (1,085m), and those seeking a more personal exploration can forge their own — but take care, and prepare well beforehand. For a less crowded climb, try one of the three paths to the summit of Cader Idris to the south (893m). Scramblers can head up the ridges of Crib Goch (923m) or Tryfan (918m), and enjoy views of undulating hills, grey lakes and barren peaks. For an easy walk in picturesque surroundings, head to Beddgelert or the lakes of Llanberis.

During recent winters, local winter sports enthusiasts have flocked to the snow-clad slopes – skis and snowboards in tow – for some cross-country action. But again, take precaution if you’re not fully familiar with the terrain.

With the opening of Caernarfon’s new Beacon Climbing Centre, it’s clear that the region is finally harnessing its reputation as one of the UK’s most diverse climbing destinations.

If you make your way up the Pen-y-Pass road to the Pen-y-Gwryd hotel, you’ll soon see that the region has hosted some of the most celebrated climbers in the world. In front of the fireplace, look up to the ceiling and you’ll find the signature of Sir Edmund Hillary, dating back to 1953 when the hotel was used as the training headquarters for the first successful summit of Everest. 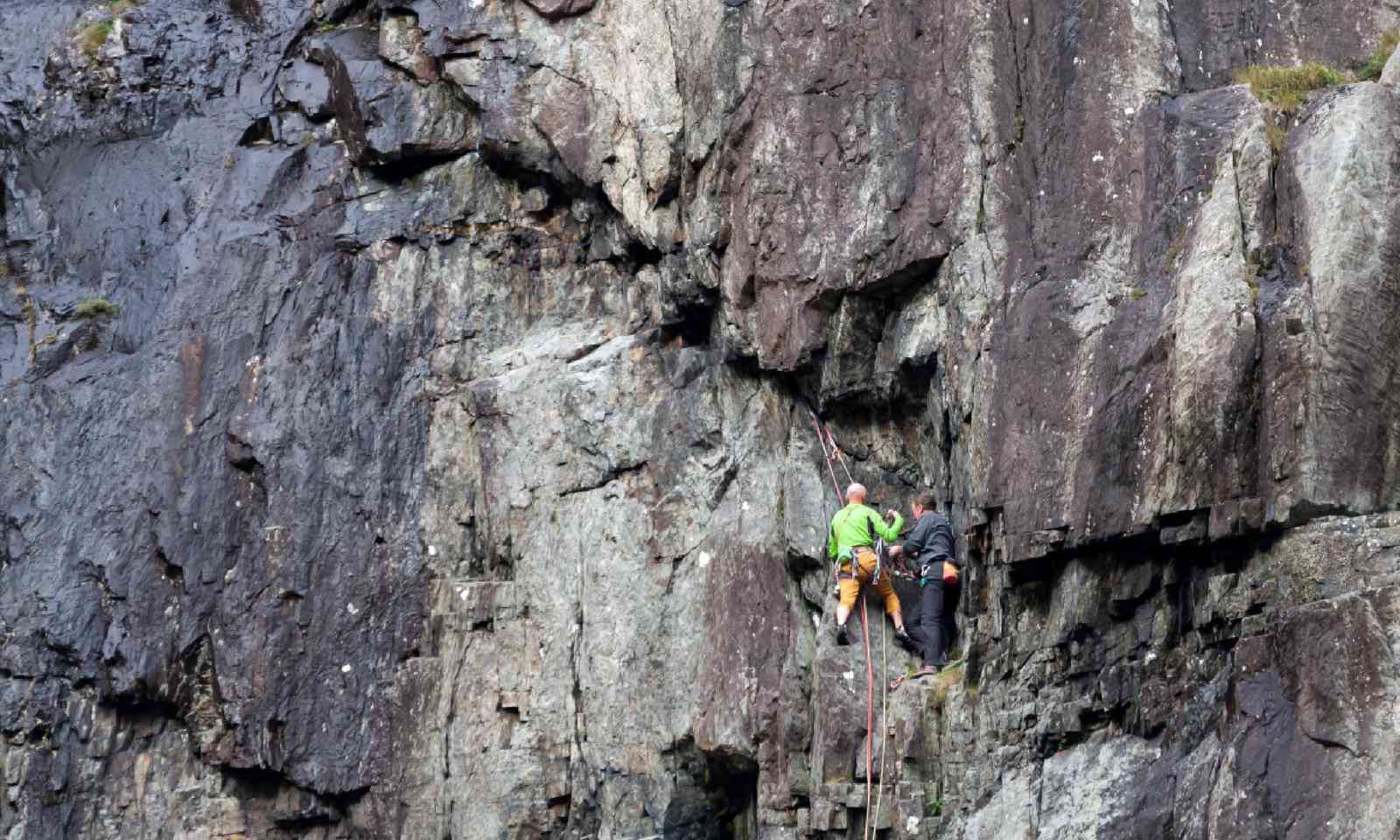 The crags at Pen-y-Pass near Llanberis – where Mallory himself trained – are the most popular in the region, and the most frequently-climbed is Clogwyn Du’r Arddu (or 'Cloggy' as it’s sometimes referred to). With several routes, it provides a wide range of challenging climbs. The rock-face freezes solid over the winter months, carving the way for experienced ice-climbers.

Snowdonia has plenty to offer both the aspirational beginner and the ambitious professional. For those wanting to go off the beaten track, there are several routes waiting to be explored – such as those of Cwm Silyn on the Nantlle ridge. For more information, check out the logbooks on UKClimbing.com.

Many of Snowdonia's unused slate quarries are being reclaimed by nature, sinking further into the undergrowth, but others have been transformed into adrenaline and adventure parks.

Zip World Velocity opened at Bethesda’s Penrhyn Quarry in 2013 – it's the northern hemisphere’s longest zip wire and the fastest in the world, with speeds of up to 100mph. Zip World Titan followed in 2014 at Blaenau Ffestiniog’s Llechwedd Slate Caverns, with Europe’s first four-person zip line – groups can reach speeds of up to 70mph. To experience the region’s subterranean world as well, Llechwedd is also home to Bounce Below – a network of illuminated bouncy nets suspended in the disused cavern beneath the ground.

Or, if you’re a bit of a camping nut, why not take it to the next level (quite literally) with a bit of cliff camping? Companies such as Gaia Adventures now offer the chance to climb down over the crags at Betws-y-Coed, and enjoy an evening on the cliff face in one of their portaledges. A good head for heights is essential, and it’s always advisable to go the loo beforehand….

For world-class whitewater rafting, head south to the National White Water Centre. Down the road on the shores of Bala Lake, you’ll find the Bala Adventure and Watersports Centre, offering courses in kayaking, canoeing, windsurfing and sailing, as well as mountain biking and gorge walking. 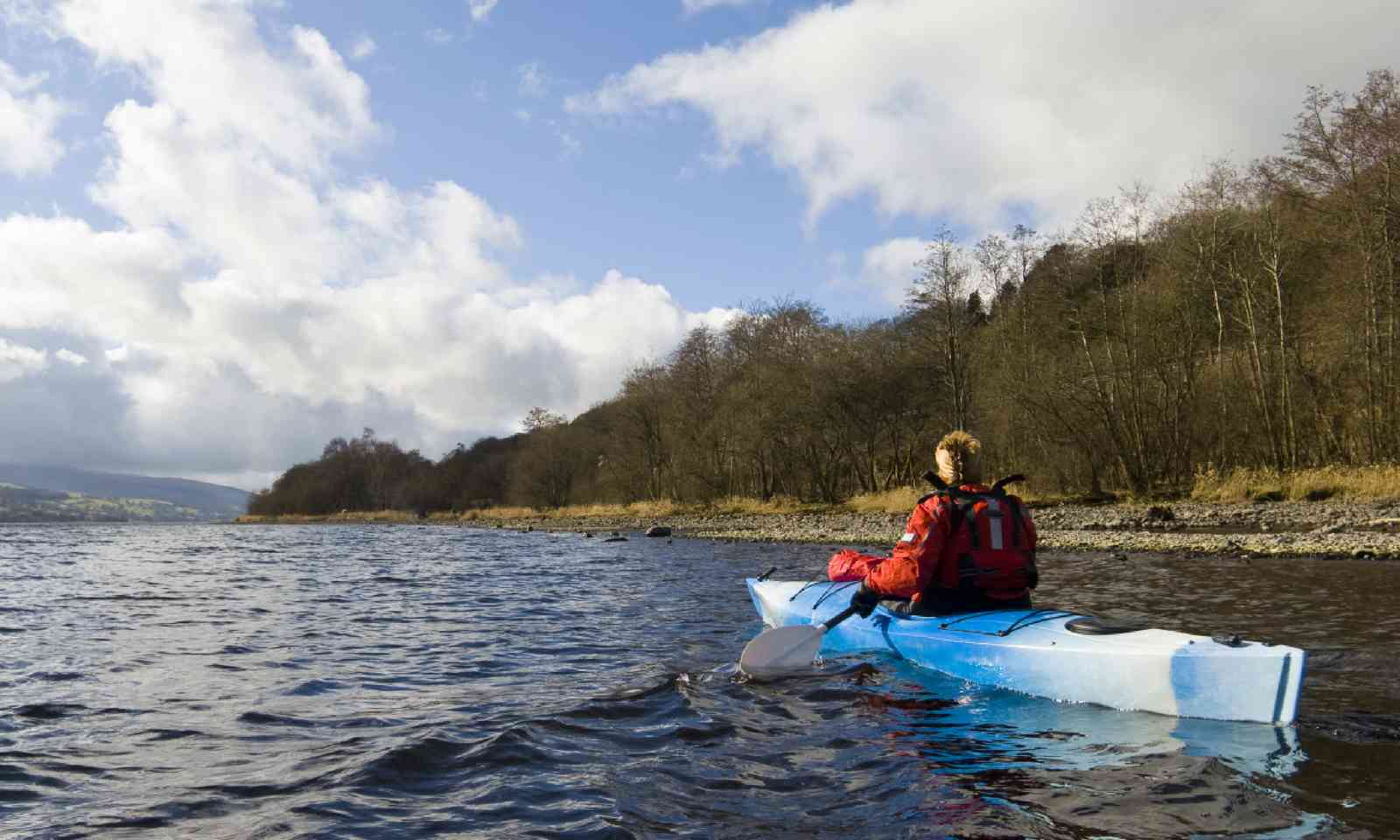 North Wales might not sound like a likely destination for wine-lovers, but a number of young vineyards are now starting to take root in the region. One of these is located on the south-facing slopes of the Nantlle Valley, with views of the Snowdonia mountain range at one end and the sea at the other. 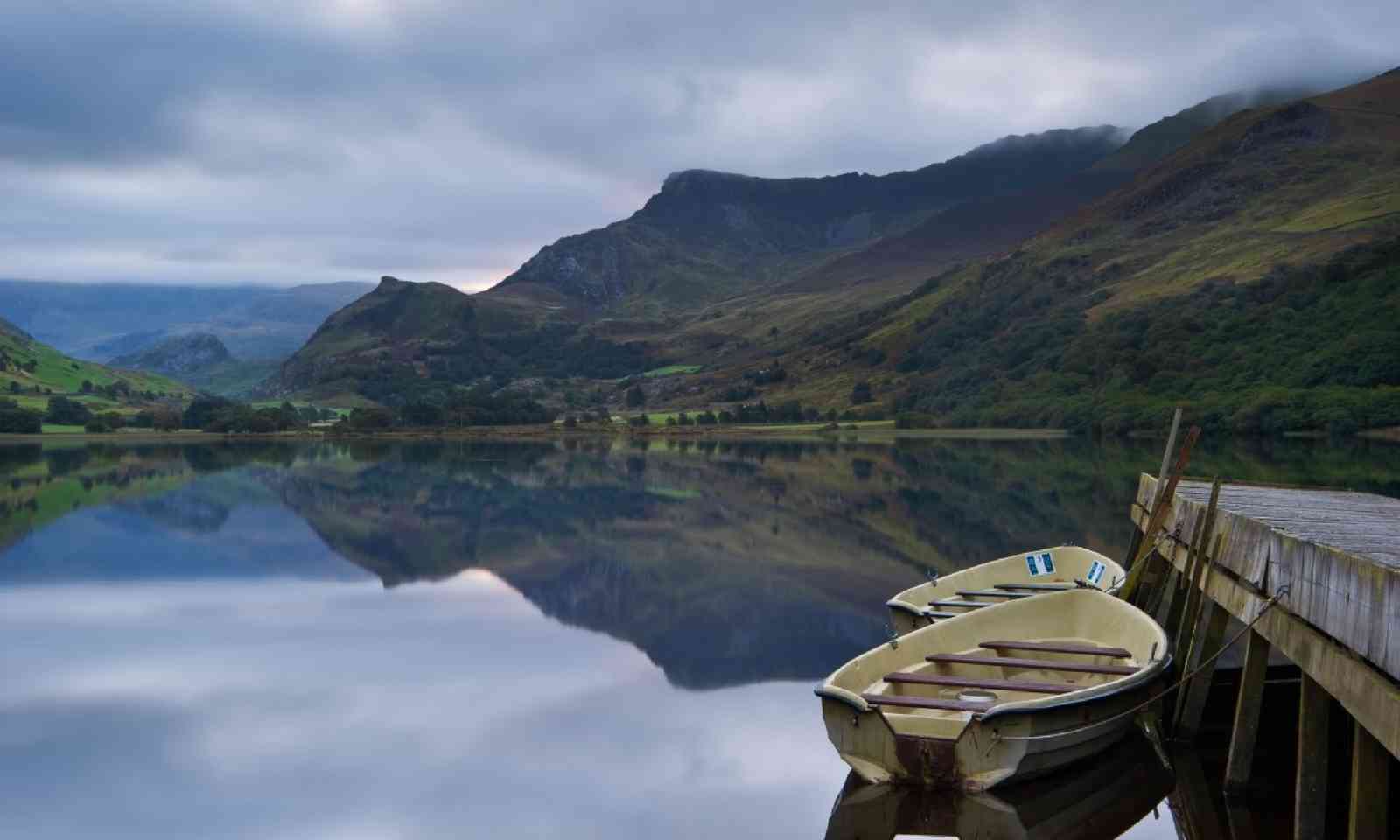 After it was established in 2007, Pant Du harvested its first crop of Rondo grapes in 2010 with a helping hand from the local community, and has since produced award-winning red, white and rose wines. Vineyard tours are available year-round.


6. Immerse yourself in history

Snowdonia is a place where history and myths co-exist, and where learning about one can only enrich your knowledge of the other. Aside from the castles that are dotted around the surrounding towns and countrysides – Conwy, Harlech, Criccieth and Caernarfon are the region’s big-hitters – there’s a lot of more modern historical spots to explore, too. 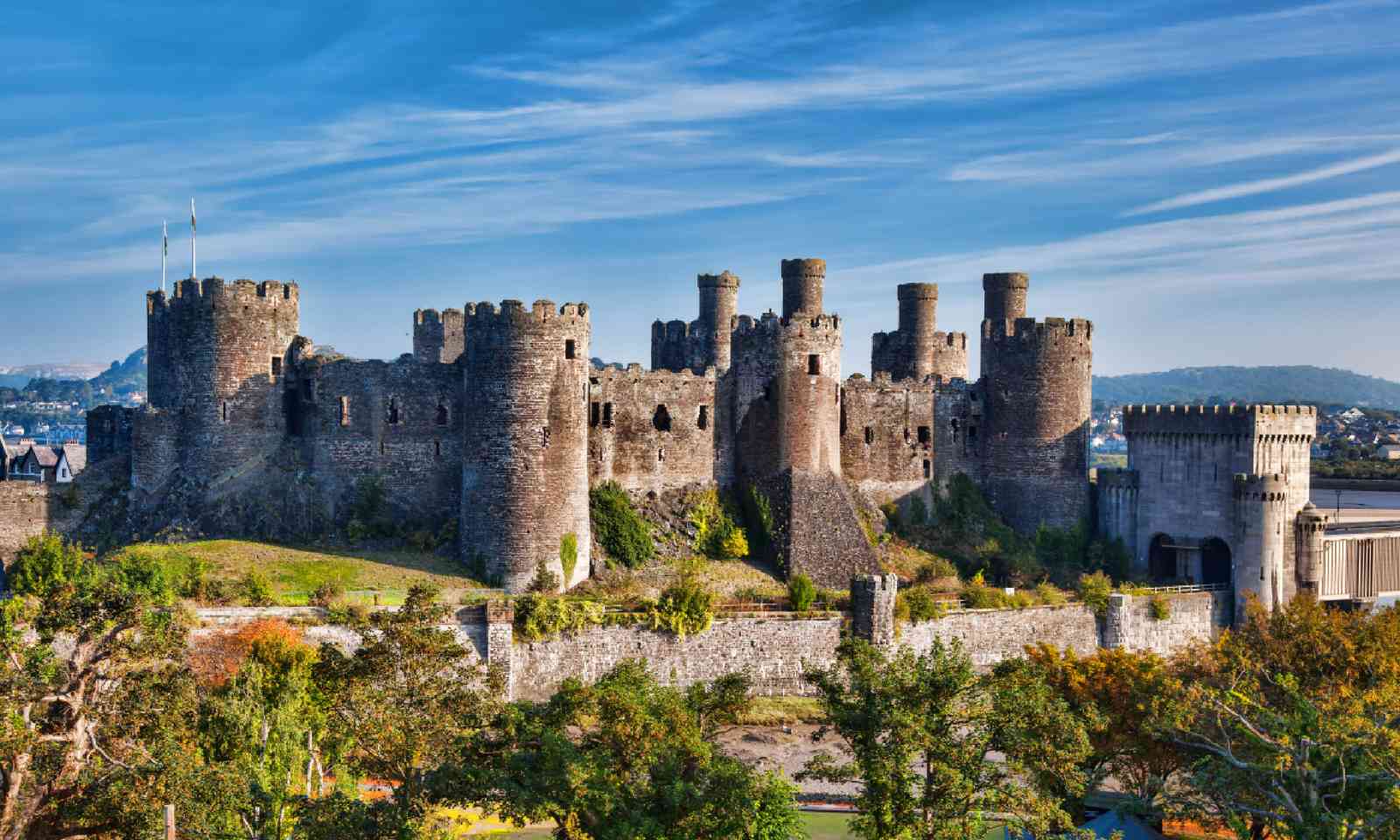 Slate used to be the region’s most important industry – it dominated the economy of north-west Wales during the 19th century. For a glimpse into the world of the quarryman, visit the National Slate Museum at Llanberis. With regular exhibitions, demonstrations and the odd modern railway show, the activities appeal to the entire family.