Veganuary: 7 of the best destinations for vegans to visit

Travelling as a vegan can be tricky at times, but Wanderlust's Founding Editor Lyn Hughes says eating animal-free while on the road can be easier than you think.

Top tip: Always suggest what you can eat (as well as what you can't) – learn the names of suitable dishes and, if necessary, have them written down.

Here are seven of the best destinations to visit as a vegan... 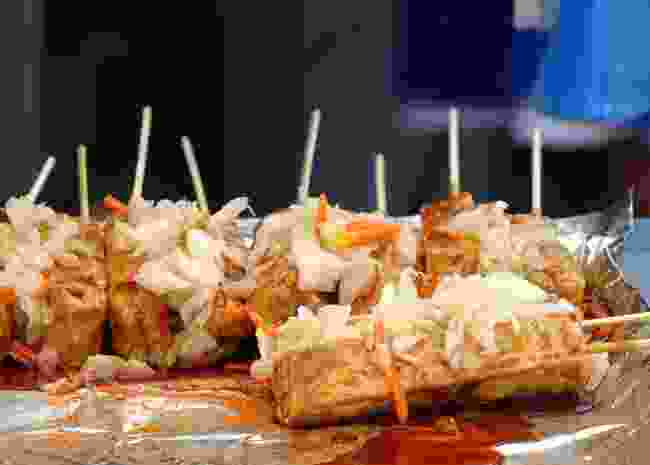 More than 10% of the Taiwanese are vegetarian, and the government promotes eating vegetarian as a healthy choice.

So, not surprisingly, vegetarian food is very easy to find, and there are thousands of vegetarian restaurants – including very cheap vegetarian buffets.

Dairy is not very common, and is easily spotted when it is used. Expect lots of healthy vegetable and beancurd dishes, including mock meat dishes made of gluten or soya.

Hidden danger: Look out for fish in sauces. 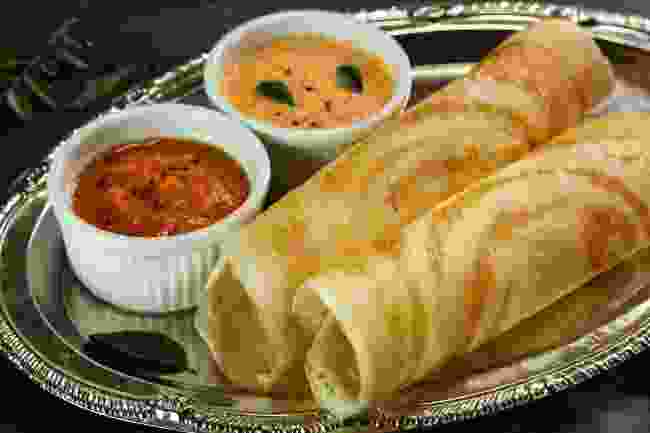 Paradise for vegetarians, with menus often delineated between veg or non-veg (and eggs fall into the non-veg category).

Admittedly, they love their dairy in the north, and so in some of the posher restaurants the vegetarian option might involve paneer, but they can always do you a curry without on request.

In the south, dairy is rarely a problem, with coconut milk being prevalent. Typical Southern India dishes include masala dosa (rice pancake served around a potato or other vegetable filling), and idli (steamed rice cake served with curry or chutneys).

Hidden danger: Ghee, which is clarified butter and used frequently in many cooked dishes. 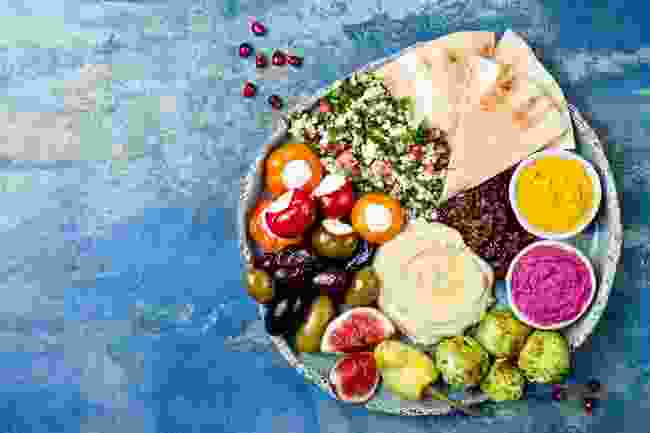 Mezze can be vegan, too (Shutterstock)

Ask someone what a typical Middle Eastern dish is, and they probably would name lamb kebab. Yet, it is mezze that is king here, and the majority of mezze dishes are vegetarian.

Think of hummus, baba ghanoush (aubergine, usually with tomato and onion), grilled vegetables and bean dishes. Even the street food is great: falafel is cheap, filling and delicious.

Breakfast is ful medames – fava beans, boiled and crushed. Mujaddara is a lentil and rice dish. With an emphasis on olives, tomatoes, lemons and herbs, you will be glowing with health.

Likewise, Lebanon, Egypt and much of the Middle East are brilliant for vegans too. 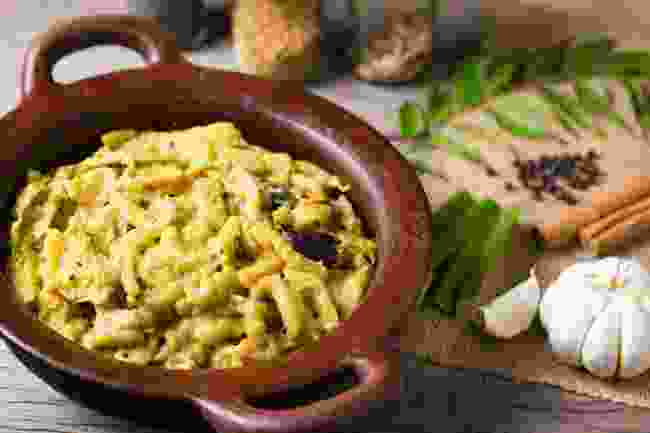 Sri Lanka has a huge range of vegetarian curries, usually served with rice. Look out for jackfruit curry – it has such a 'meaty' texture that it can have you questioning whether it is actually meat or not.

Other typical vegetables that you might not be familiar with include breadfruit, gourds, murunga and plantain. Watch out for the spicy sambals that are often served on the side, though as these sometimes contain dried fish.

Other dishes include hopper – a bowl-shaped pancake made from a coconut milk batter – check whether they are being served plain or with anything in them. String hoppers are rice noodles, usually served with dahl or curry. Just a warning though... they do like their curries hot, hot, hot!

Hidden danger: Another destination where ghee is popular, so always ask if your dish is cooked with ghee in advance! 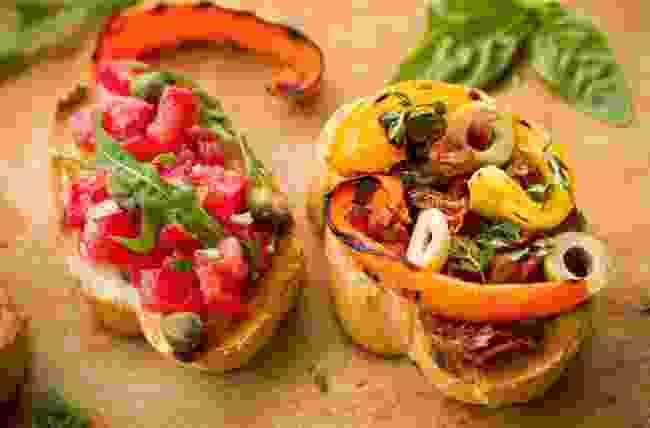 But in the south of the country, and on Sicily, vegetables are often the star of the meal. Pasta is the staple carbohydrate and is often dried, i.e. does not include egg.

Expect the best tomatoes you have ever tasted, aubergines, chickpeas and a wide range of Mediterranean vegetables and salads. 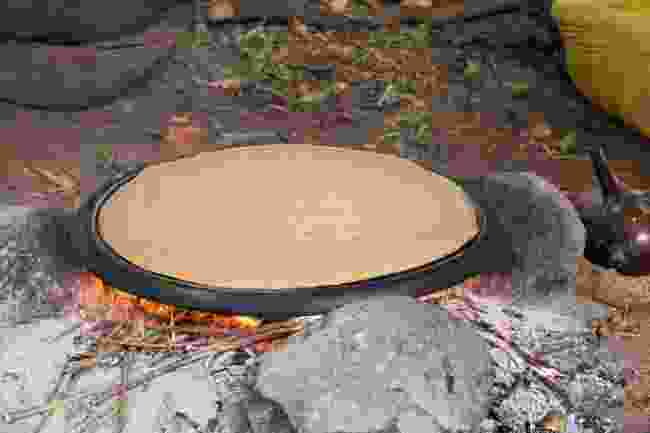 Many Ethiopians are Orthodox Christians and, as a result, fast on animal-free food twice a week (Wednesdays and Fridays) and on religious holidays.

The national dish is a bread called injera that is used to scoop up wat (stew) and other dishes. Made of teff flour, it is vegan, and has a sour taste that can take a bit of getting used but then becomes addictive.

Bayenetu is a mix of different vegetable dishes, including lentil and bean dishes. Ful (boiled fava beans) are a popular breakfast dish. 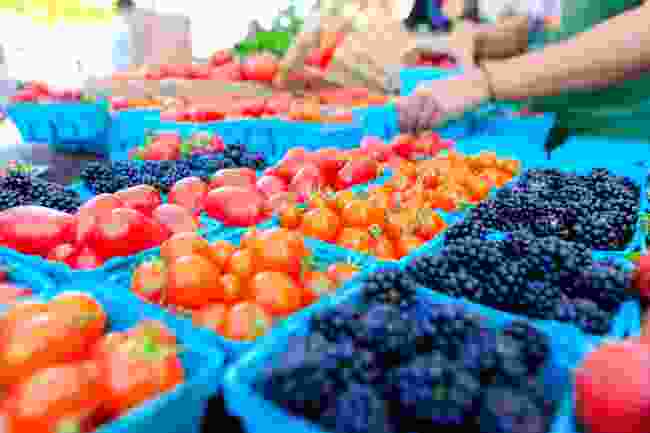 Not a country – even if it sometimes thinks it is. But in much of California, especially Los Angeles, healthy food is easy to find, and this can translate to vegan food.

Indeed, it is often the trendy and top-end restaurants paving the virtuous way, along with the food markets that make use of the superb produce.

Expect smoothies that are any colour of the rainbow, bounteous salads, and intriguing pan-Global combinations.

Hidden danger: Lists of ingredients so long and exotic that you're not sure what they are!

The top 7 countries for vegetarians

Guatemala: The perfect destination for vegans