The 5 best places to cycle in Italy

From gentle rides from one vineyard to the next, up to spectacular mountain climbs, Italy offers something for cyclists of all levels … and inclinations!

Tuscany offers something for cyclists of all levels. Beginners, or those wanting to set a leisurely pace can hire bikes in many of the small towns, such as Lucca where cars are largely banned. Cyclists can do a short circuit around the town’s medieval walls, which takes about one hour. 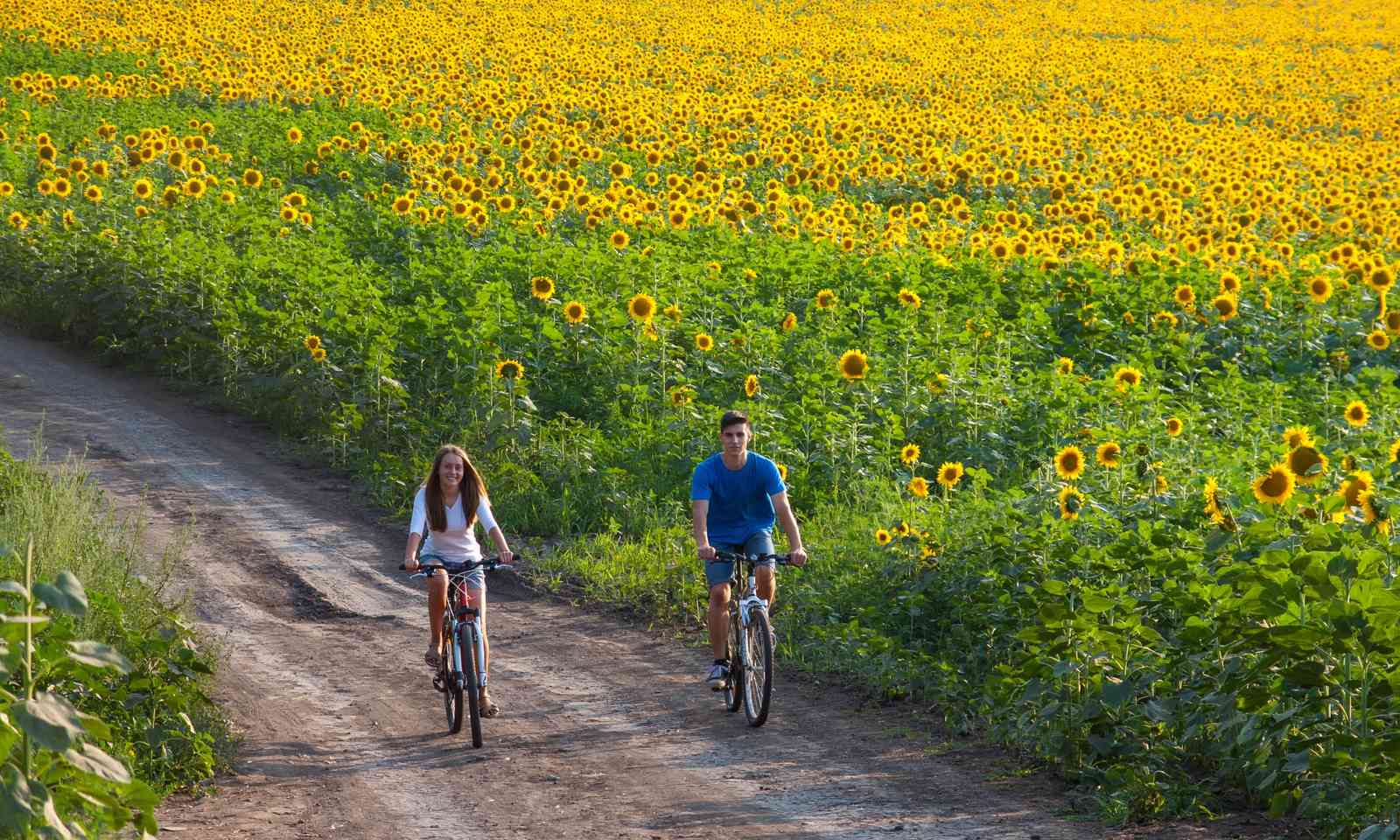 Cycling through sunflowers in Tuscany (Shutterstock.com)

Further outside of the town, serious cyclists can head towards the Apuane Mountains where the terrain is marked by steep hills and valleys and criss-crossed with challenging routes for mountain bikers.

Alternatively, Crete Senesi, in the south of Tuscany, offers trails for all levels among its lunar-like landscape.

Puglia, in the south of Italy, is well known for its sunny weather, pretty white-washed towns and villages and incredible food and drink. It offers visitors miles of unspoilt countryside and some of Italy’s quietest stretches of coastline to discover by bike. 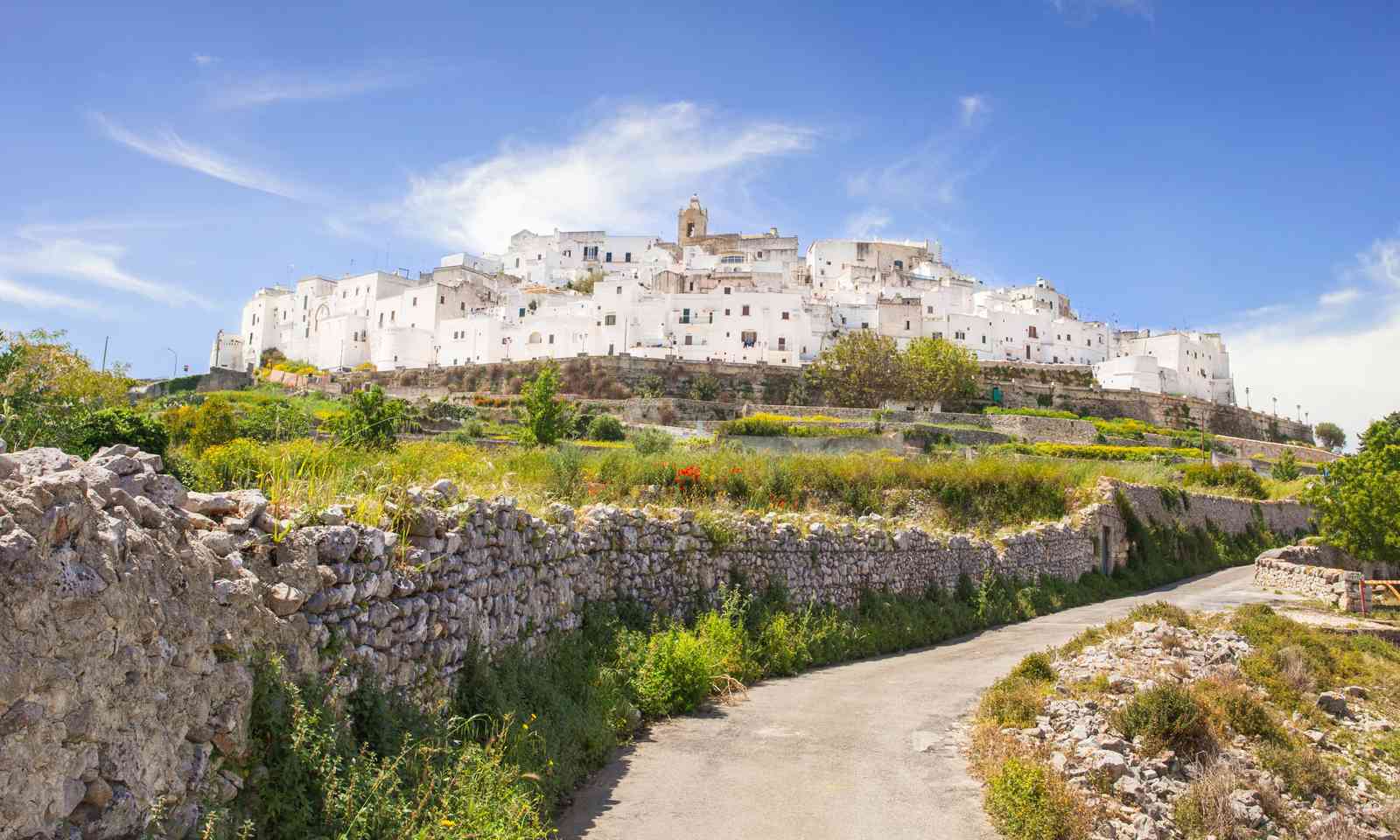 The road to Ostuni in Puglia (Shutterstock.com)

Less well-trodden than Tuscany, Puglia in southern Italy, can be a slightly more peaceful alternative Lke the Chianti region, it is a popular wine destination and it’s possible to cycle from one vineyard to the next. Or, for the more hard core cyclist, the Grand Tour of Puglia, starting in Lecce, gives a flavour of everything the region has to offer.

The Italian Lakes offer some of the most stunning scenery in the country, combining views of snow-capped mountains with picturesque lake-side towns and of course the deep, sparkling waters.

Lake Garda offers something for everyone; located between the Alp and Dolomite mountain ranges, it enjoys diverse scenery ranging from low-lying countryside in the south to pine-covered cliffs to the north. There are many flat cycle trails around the lake and more complex paths further towards the mountains. 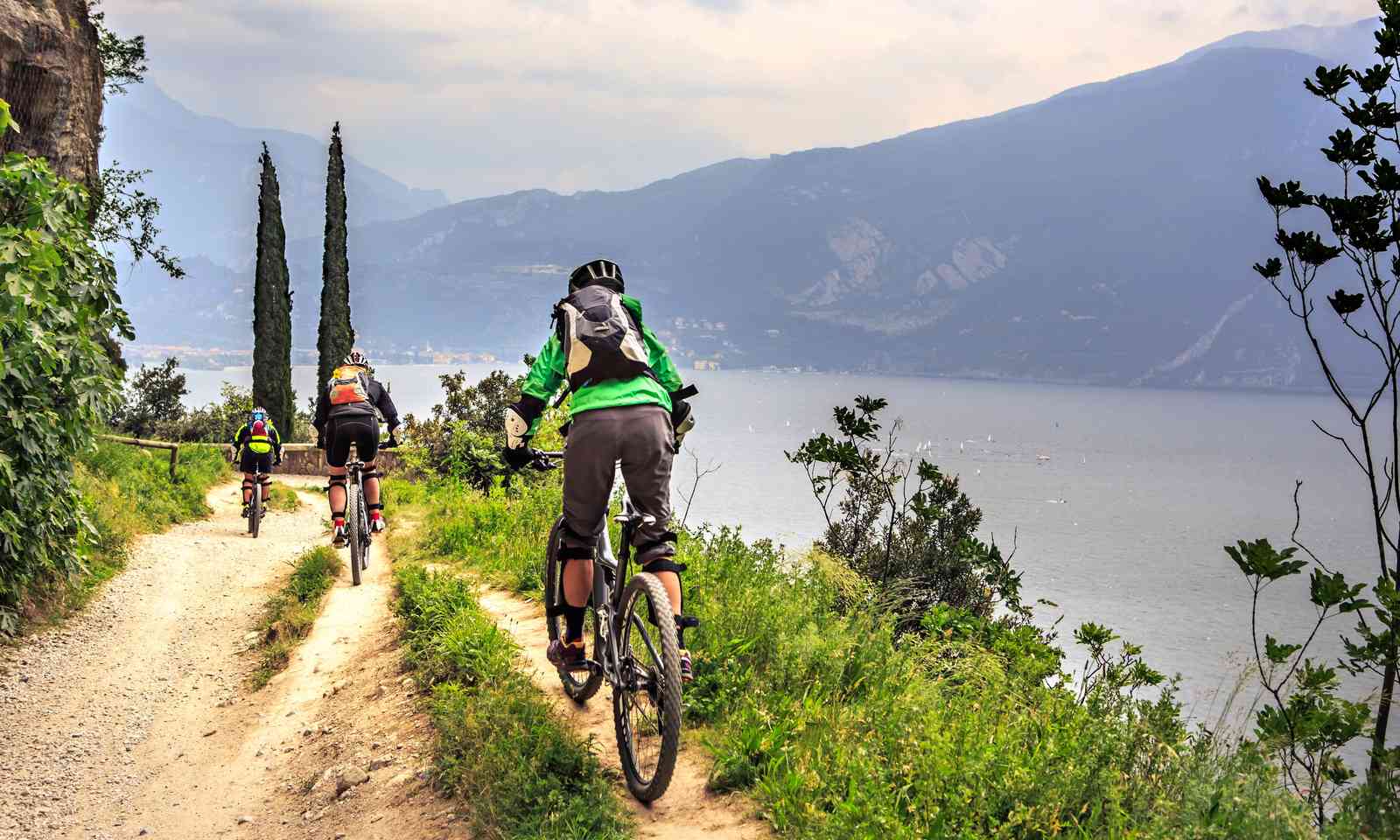 Hill cyclists will want to head to the spectacular Dolomites that overlook the lake. The Dolomites (West-East) cycle route has a variant that includes a stretch along Lake Garda, including a spectacular descent on the old Strada del Ponale.

Sardinia is a great option for more experienced cyclists who are looking for a challenge. While the coastline is one of the Mediterranean’s best island paradises, the interior of the island is wild, rugged and mountainous. The mountains in the north are perfect for adventurous types looking to explore. Whether it’s an amble along the coast you’re after, or a more challenging ride in the islands wild, mountainous interior, you’ll want to check out the comprehensive Cycling Guide to Sardinia offered by the local tourist board. It outlines five different itineraries that cover most of the island, with comprehensive details on distances and estimated time needed.

The Italian Riviera is one of the most popular destinations in Italy for cycling. Liguria’s Cycling Riviera is a new cycle-way that runs along the old coastal railway line, making it the perfect spot for those looking for consistently breath-taking views of the ocean. The path is easy to ride, and no cars are allowed. 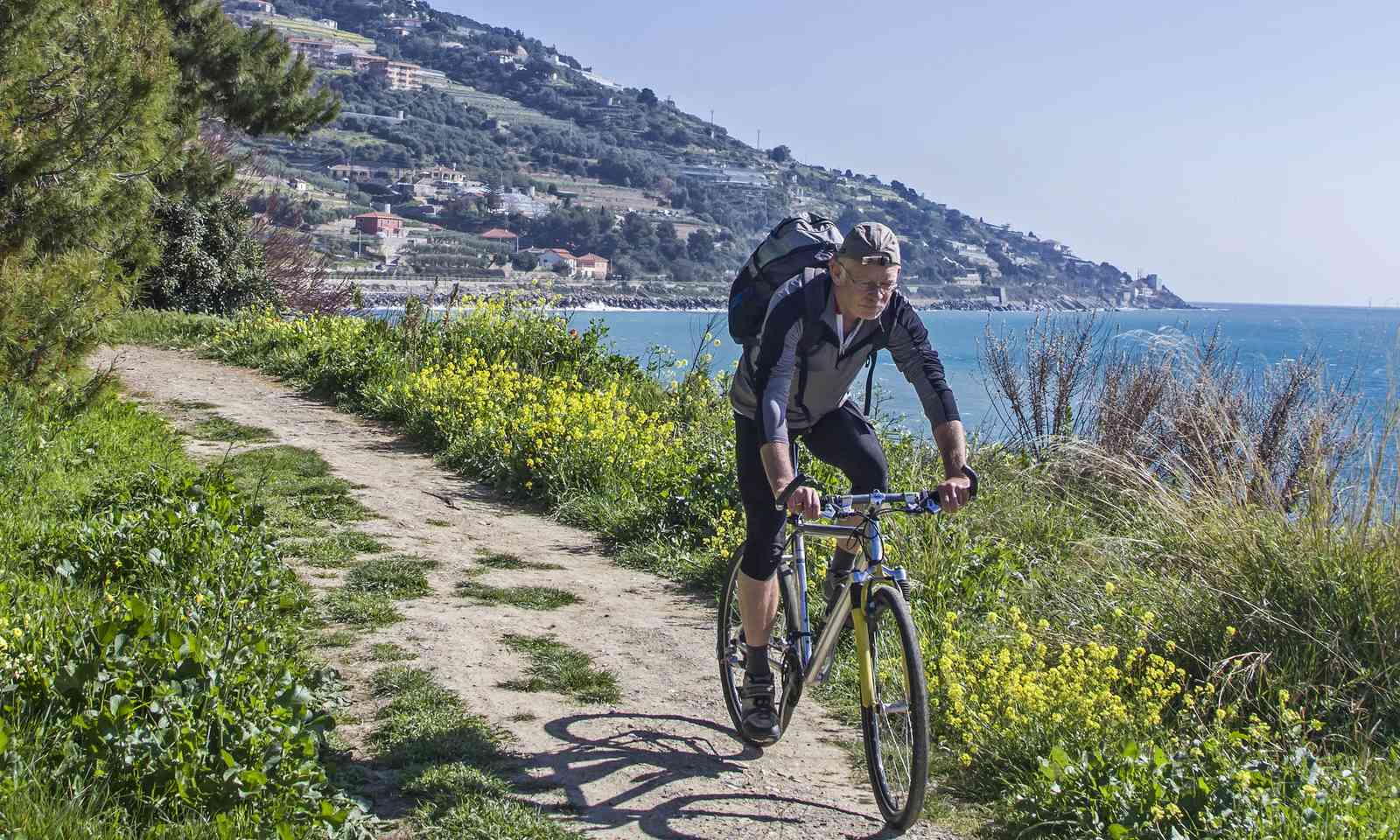 Looking for something a little more challenging? Cycle the entire Ligurian coast. This 342-kilometre cycle tour takes you though the entire Italian Riviera – through glamorous seaside resorts to the World Heritage sites of Genoa (known locally as Genova). You’ll also pass through Cinque Terre, where colourful villages cling to the coastline and the terraced hillsides have been carved out over generations.