You're welcome: 7 Thanksgiving festivals around the world

Thanksgiving isn't just an American holiday: from Ghana to Brazil, these international festivals all celebrate and give thanks in their own unique ways 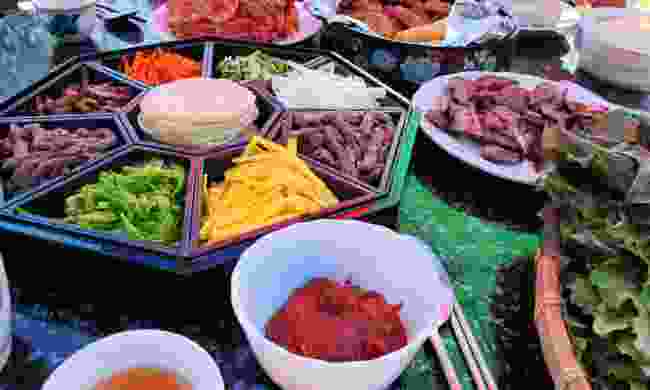 Chuseok is a three-day holiday in Korea, which sees thousands of people flock from the cities to their home towns to celebrate. Early morning rituals are observed, and people visit the tombs of the ancestors to perform beolcho – clearing the weeds from around the graves.

Songpyeon, a traditional delicacy, is prepared on the eve of the festival by the whole family. Rice balls are rolled around sesame seed or bean-paste fillings and then steamed with pine needles. An old Korean story says that whoever makes the most beautiful well-shaped Songpyeon will meet a good spouse or have a beautiful baby.

Children dress in traditional silks, and adults swig rice liquor from the new harvest. While the festival is a chance to mark remembrance, it is also a celebration – with dances and tug of war games, as well as drumming and singing. 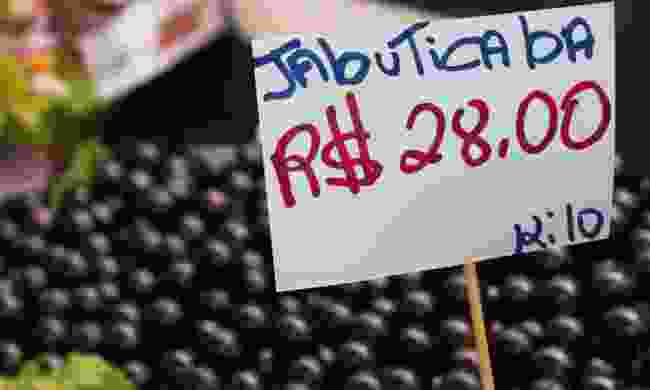 In Brazil, Thanksgiving is a relatively new festival – but it's celebrated with great gusto. When the late Brazilian President Gaspar Dutra visited the US he was fascinated with the holiday and established the festival in his home country in 1949.

Dia de Acao de Gracas begins with Mass to offer thanks for an abundant harvest – then there's a vibrant carnival and revellers head to the beach. Peru (roast turkey) is still the centrepiece of the Brazilian Thanksgiving feast, but there are a few exotic twists. Cranberries don't grow in Brazil, so a sauce made of Jaboticaba, known as the 'Brazilian grape', is whipped up to spread on the bird. 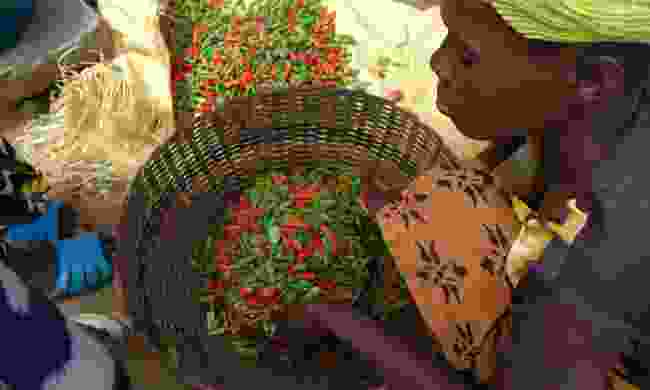 Liberian Thanksgiving is a vibrant and spicy affair. Founded in the 19th century by liberated American slaves, the festival gives thanks for freedom. Liberians celebrate the good things in life, while also marking their troubled past.

After a church service, families gather for a spread of roasted chicken, traditional green bean casserole and mashed cassava – all liberally doused with spices, of course. The Thanksgiving feast is topped off with an evening of dancing, singing and celebration. 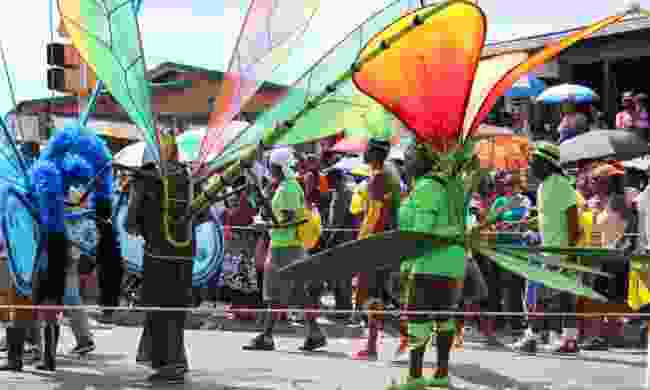 The celebration of Crop Over is Barbados's biggest party. The festival spreads over a marathon 12 weeks, from May until August, when it culminates in the massive finale: the Grand Kadooment.

Originally a celebration of the sugar cane harvest, Crop Over has been celebrated since the 1780s when Barbados was the world's largest produce of the sweet-stuff. Carnivals pervade the lengthy celebrations, and calypso bands and dancers compete in ever grander and more flamboyant displays. 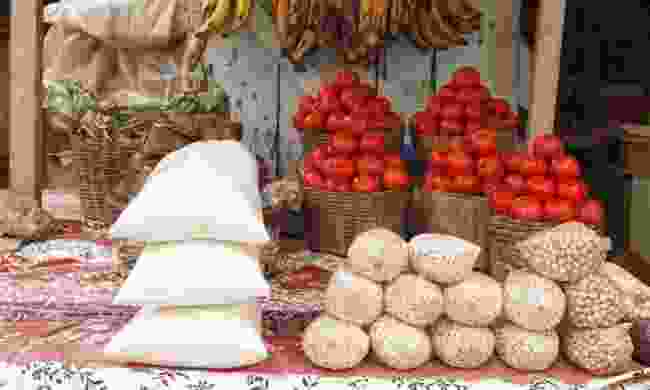 The Homowo festival (meaning to jeer or hoot at hunger) in Ghana historically celebrates the ending of a long famine suffered by the Ga people. What could be better to celebrate the end of shortage than a feast? Palm nut soup with fish is served alongside traditional Kpokoi, a kind of grits made from unleavened corn dough and palm oil.

Starting in May with the sowing of millet, the festival takes places through August and September after a ban on drumming and singing that is meant to encourage proper care of the crops. The festival culminates in a night of singing and dancing and frantic beating of drums in loud defiance of hunger and famine.

Your guide to festivals of the world 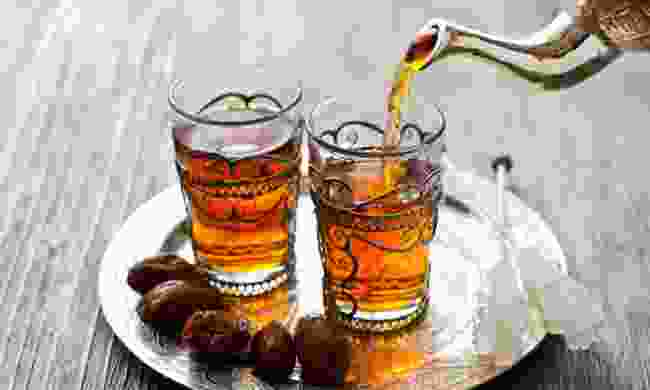 A festival that dates back at least to the 4th century BC, Mehregan in Iran is held on the 196th day of the Iranian year – this year it was on 2 October. The festival celebrates a successful harvest and the goddess Mehr.

The celebration calls for new clothes, community blessings and a feast on a table decorated with marjoram. The spread includes sherbert drinks and lavish dinners; in some villages, a sheep is sacrificed and slow-roasted throughout the day.

Revellers rub kohl around their eyes as a good omen, and throw handfuls of marjoram, lotus and sugar plum seeds over each other. 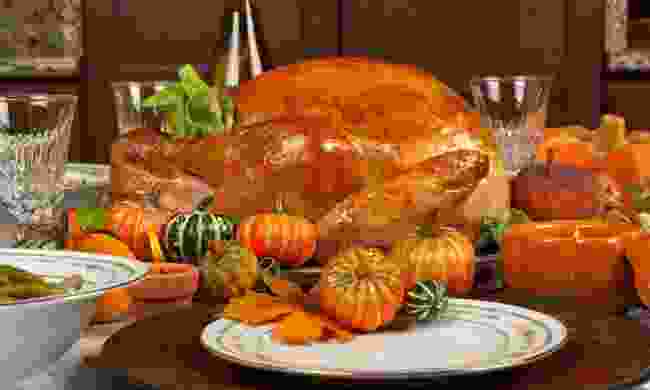 Celebrated on the fourth Thursday of November, Thanksgiving in the USA is a national holiday that commemorates the feast the Pilgrims held after the first harvest in the New World in 1621. That first celebration was attended by 90 Native Americans and 53 pilgrims. Thanksgiving has been celebrated intermittently ever since, becoming a permanent fixture in the US holiday calendar after a resolution passed by congress in 1941.

Thanksgiving dinner with family plays a central role in the celebrations, with Americans eating more food on Thanksgiving Day than any other day of the year, including Christmas. Roast turkey is essential – approximately 45 million of them are consumed every year – as well mashed potatoes, sweet potatoes, sweet corn and assorted fall vegetables, all food that is native to the Americas.

Parades are a big part of the celebrations too. They range from small town affairs featuring the local marching band to Macy’s Thanksgiving parade through the streets of New York. Billed as the world’s largest parade, it features parade floats and huge balloons, usually on based on cartoon characters, current Broadway shows and other topical themes.