19 telling truths that prove you know too much about travel

Do you have an encyclopaedic knowledge of travel trivia? From the meaning of beeps on planes to tipping etiquette in Japan, true 'supertravellers' may know a bit more than strictly necessary...

Travel serves up so many opportunities for self-confessed supertravellers to show they’ve not just read the guidebook, but could write it too. We find they'll take any opportunity to show off their knowledge to friends, family members, colleagues, neighbours, fellow readers and pretty much anyone who will listen (because we are them).

So, how much do you really know? You've probably tried your hand at our travel trivia quizzes by now, and passed most or all with flying colours. But if all of the below have you screaming ‘that’s me’ at the screen, then you might actually know a little too much...

1. You know how long it really takes for you to get to an airport departure gate

Having often spent more time than is comfortable at a boarding gate, I now make a point of ignoring all official walking time estimates in terminals and setting my own pace (usually about a quarter of the allotted time). Knowing whether you need to board a shuttle or simply bounce along the moving walkways is also good knowledge, so you can factor in essential queueing.

2. You know what the beeps on a plane really mean (and you aren’t trained cabin crew)

OK, so most of us can recite the safety briefing (and will certainly not inflate the lifejacket until outside the aircraft). But the beeps on a plane are not quite so easy to understand. Essentially, a communications system between crew, the beeps (or boings or dings) actually mean different things - unhelpfully, depending on the airline.

Qantas will treat you to a boing sound after take-off, to let crew know that the landing gear is being retracted. The next boing relates to the seat belt sign being switched off. Three low chimes (urgent message) is the sound no one wants to hear – particularly if you are about to grab a drink. There's a chance things are about to get turbulent!

3. You can name the largest city in the world by population (without asking Google) 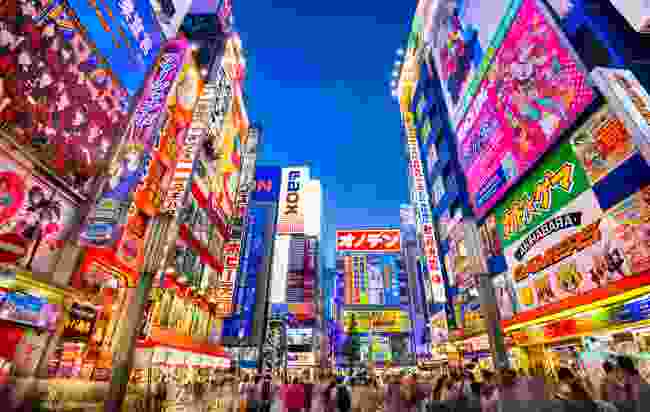 And no, it’s not Dublin (yep, we know the joke. It doesn’t keeping ‘doubling’ in size). With a population of more than 37 million, it’s actually Tokyo.

4. You can name [insert any other travel-related superlative here]

If you know the world’s largest city, you can probably rattle off a series of other travel-related superlatives with ease.

Smallest county by landmass? Vatican City. Longest river? The Nile (although you can try and argue that The Amazon’s multiple mouths makes the river’s actual end less than clear).

5. You don’t get on a train without taking advice from The Man In Seat 61

Ignore train expert Mark Smith at your peril. From helping you navigate the Japanese rail system (knowing you Shinkansen from your Nozomi is incredibly important), to advising you on where to sit (the left-hand side of the train is better for views when going south along the Rhine Valley between Cologne and Mainz), thanks to The Man In Seat 61, I will always seek out a seat that lines up with the window (and probably includes a plug).

6. You know why the pedestrian crossings in Berlin are unlike any other 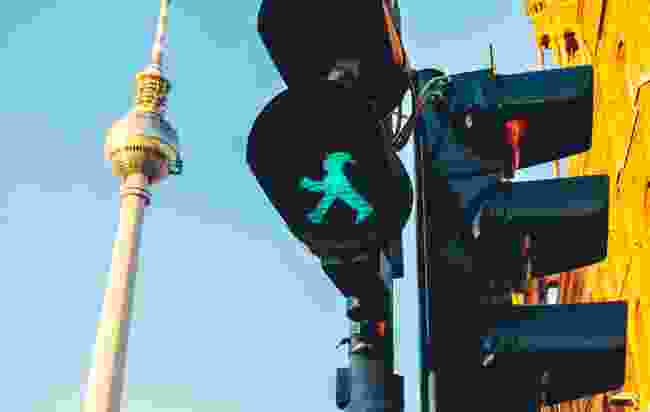 ‘Unmistakably cute’ is not a description you would often associate with a pedestrian crossing. Unless you find yourself in Berlin. Here, there is not just one style of red or green man – or Ampelmännchen – but two.

The fun figures, designed for what was previously known as East Berlin (pre- the falling of the Berlin Wall), are now considered icons of the city. The opportunities for souvenirs are endless. You can even buy an Ampelmännchen-themed beach towel.

7. You can spot when travel trivia is just plain WRONG

Enter the Great Wall of China, which, contrary to popular opinion, cannot be seen from space.

Having booked our honeymoon trek along this pathway in the sky, I diligently bought a copy of The Great Wall, by John Man, which told me that not only are you more likely to be able to see an airport runway from space than the wall - but the wall is not actually one wall, but lots of walls.

At this point, I considered asking for a refund. Interestingly, if you visit on a Chinese public holiday, you won’t be able to see the wall through the crowds (if you don’t believe me, check out this footage).

8. You don’t need to check the baggage allowance (or the temperature of your destination) before packing

You already know it. Still, I have never quite managed to get my handbag to weigh the permitted 23kgs. And, of course, none of this matters if you are heading somewhere like Loja in Ecuador, where only light clothing is required.

9. Your flag knowledge extends to counties as well as countries 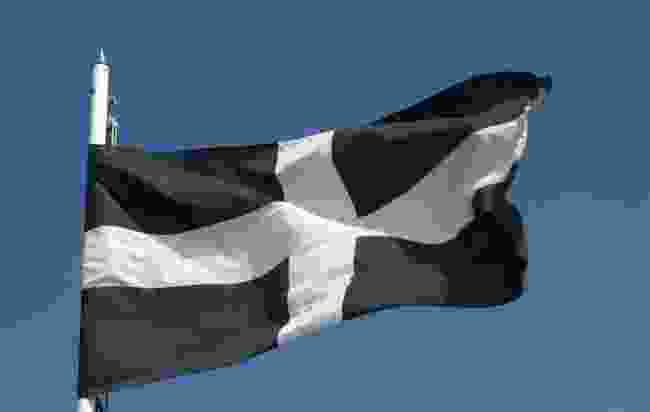 This is the Cornish flag, which comes complete with its own legend. Saint Piran, a fifth-century Cornish abbot, discovered tin, apparently when a black stone on his fire oozed white liquid. The white cross is the tin and the background, the black rock. It also signifies good overcoming evil. Bet you didn’t know that!

10. You know how to ask for the bill in more than 10 different languages

OK, it's tricky to get it 100% perfect, but the thought counts. Which languages do you know?

11. You don’t need to check the time difference in a new destination

It’s one thing to know the time in Boston or Vietnam. It’s quite another to know the time in all of France’s 12 time zones (it has more than any other country in the world) at any given moment. Of course, the main part of the country only has one time zone, but it gets more interesting when you include everywhere from Mayotte to Martinique. 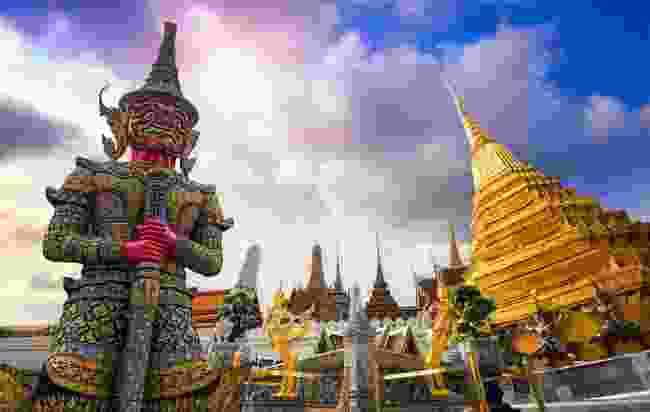 Bangkok's full name: not a surprise to you? (Shutterstock)

If you’ve been to Thailand, chances are you’ve been here. It is, however, less of a mouthful to refer to it by its commonly-used name, Bangkok. I would certainly refer to its short name when asking for directions if you ever want to get there.

13. You know your Boeing from your Airbus (and can recite the seat configuration without even boarding)

I’ll admit it. I can’t. My husband can. He can also tell me a lot about trains from the number emblazoned on the side. I tend to find that, when it comes to transport, sometimes it is better to not know the details, particularly when you find yourself on the tarmac faced with a propeller plane on a flight to Cambodia from Thailand.

14. You know when to round, when to remortgage and when to walk out - in tipping terms, that is

Tipping can be something of a minefield. Where it’s an expected part of life (such as in the USA), the challenge is deciding when to stop. Where it’s appreciated (in parts of Europe, for example), the focus turns to deciding just how much. And where it’s not expected and can sometimes be considered rude (such as in Japan), travellers face the conundrum of figuring out when to tip at all!

15. You know where to go for free tapas 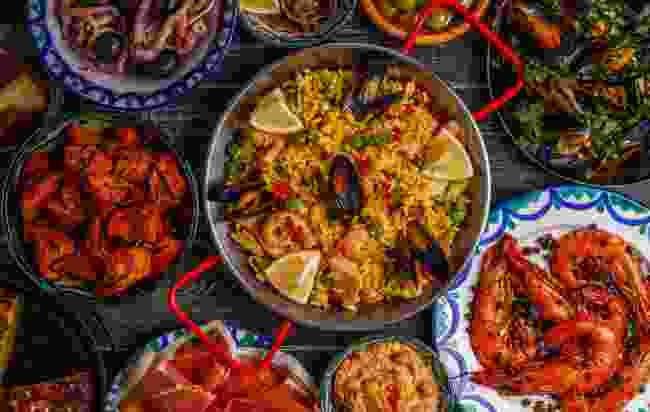 After all that tipping, Granada is the place to go if you’re looking to give your bank account a break. One of the only remaining places in Spain keeping the tradition of free tapas alive, this beautiful city will serve up dinner if you drink enough wine, or beer, or sangria.

16. You know why you’re more likely to see Elizabeth Tower than Big Ben in London

17. You are fluent in airport codes

From OMG in Namibia to LOL in Nevada, airport codes are a reminder that there is much fun to be had with just three little letters. But not all codes are as easy to remember. For example, normal code practice would suggest Birmingham in the UK would be known as BHM. Not so, thanks to Birmingham-Shuttlesworth International Airport. It’s actually BHX.

18. You know so much about world geography, you could teach it 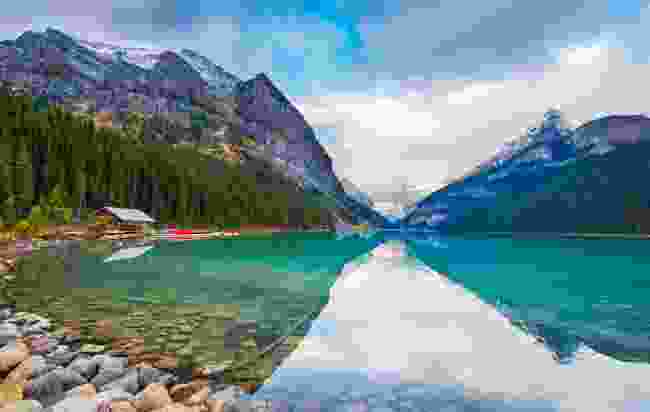 Did you know that approximately 60% of the world’s lakes are found in Canada? Of course you did. Or that Libya is around 90% desert? Naturally. What about the fact Norway has a village called Å (pronounced “aw”)? Absolutely.

19. You know how to go the extra mile with those loyalty points

Loyalty programmes have a special way of making you feel like you’re winning, even if you’ve never really won a thing. But, that doesn’t deter you from bookmarking each points website (Head for Points and The Points Guy to name a few), only booking through a reward portal and churning your credit cards as often as possible for those all-important sign-on bonus points. Anything for the chance of a free drink and an upgrade.

If you can relate to any of the above, it sounds like you'll enjoy a Wanderlust subscription

How well do you know the world's rivers?

See if you're an expert on the world's islands

Have you ticked off these 23 classic bucket list trips?