Teaching children about life and death at Mana Pools

As their African adventure reaches Zimbabwe, the Cagol children have become braver and more independent. But danger is never far away, lurking in the bush...

We set up camp close to the river in Mana Pools National Park in Zimbabwe and it strikes me how much our children have changed on our trip through Africa. When we first stayed in an unfenced camp at the Third Bridge campsite in Moremi Game reserve in Botswana, the children were fretful and nervous. Now, in Zimbabwe, it was exciting and an adventure. Falling asleep to the noise of hippos grunting and lions roaring in the distance has become part of their 'everyday.' 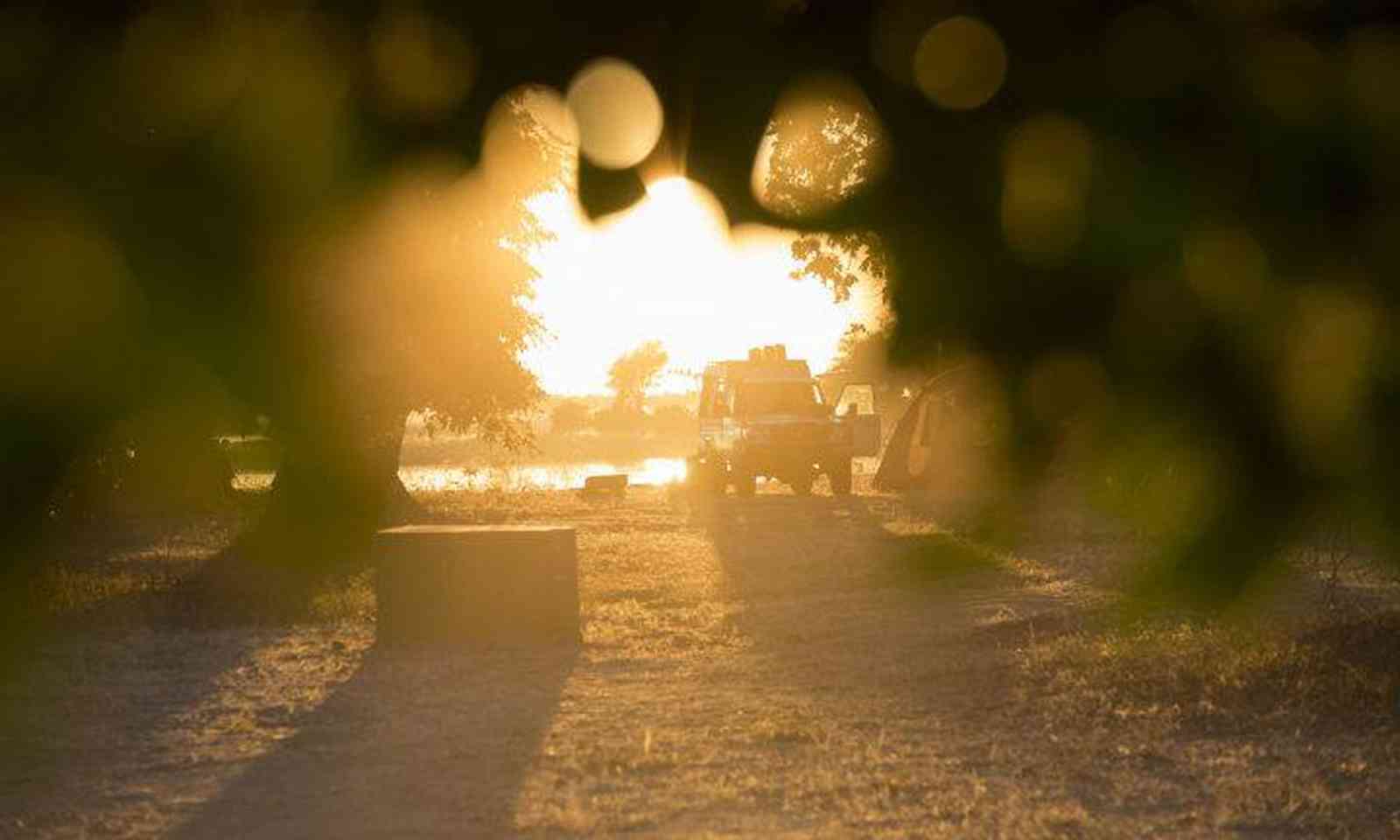 We are not in Mana Pools at the best time of year for game-viewing. The abundance of water elsewhere in the park means that the game doesn't need to come down to the river to drink. We spot some hippos, but otherwise enjoy getting out of the car and following tracks, something that you are allowed to do – if you dare – in this national park.

Later that afternoon, we drive to the eastern side of the park. Charles, a photographer and fellow camper, comes along with us, and Edwina enjoys the opportunity to talk about photography with a like-minded individual.

Charles brings us luck. On the afternoon drive, we see elephants, hippos, zebra and impala. At each stop, Edwina and Charles compete to take the best photos. As we eat our evening meal, the crew tell us that we missed an elephant walk into camp. The kids are gutted. 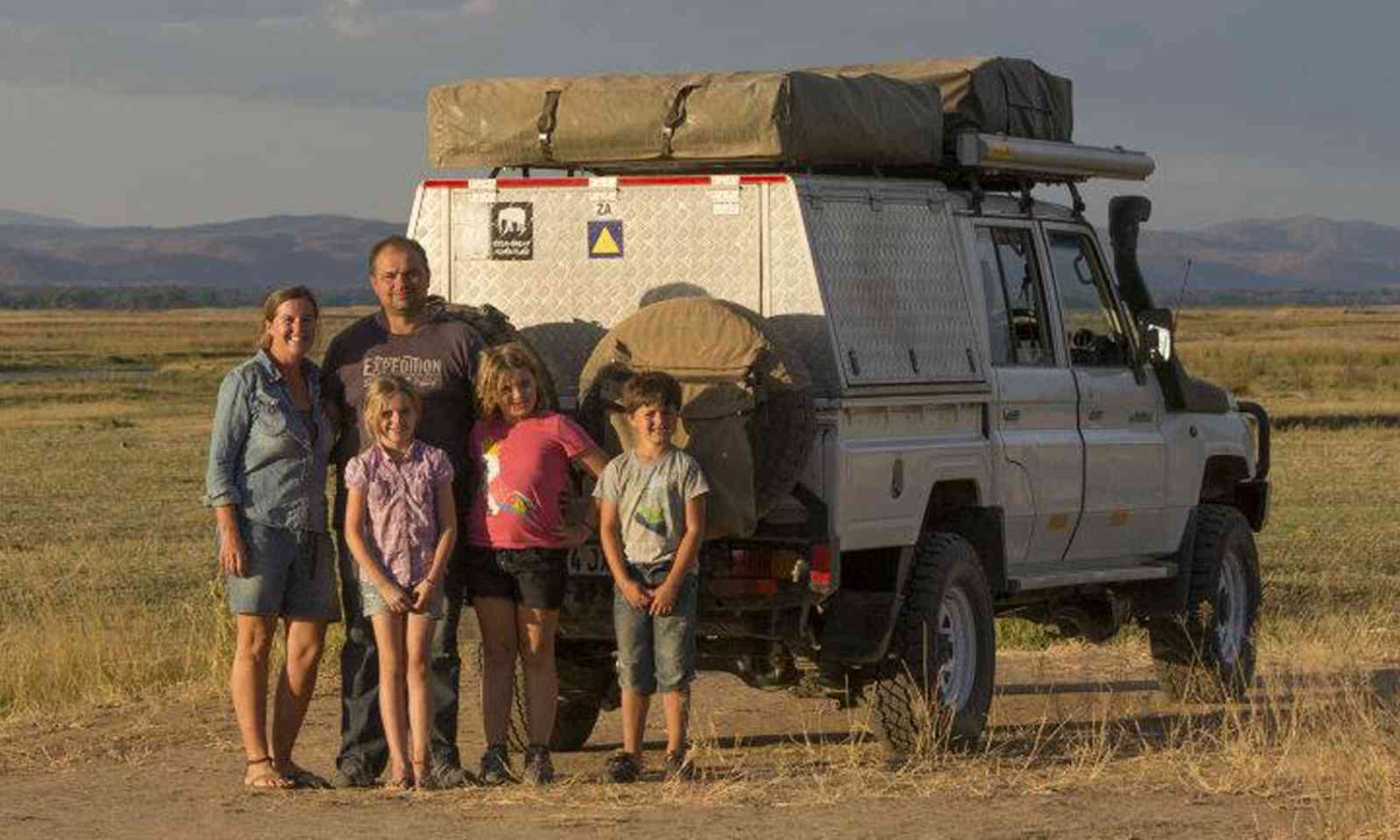 Because we are staying in an unfenced camp, the animals are right on our doorstep. We are woken the next morning by baboons fighting in the tree next to our tents. On the edge of camp, we spot some fresh lion tracks and follow them down a sandy track. We meet some lion trackers who tell the kids that the lions will probably remain in the bush all day but to keep their eyes open around sunset. The trackers say the lions will probably head down to Mana Mouth then and cross at a known lion-crossing point there.

Our game drive is just as productive next day, even without 'lucky' Charles in tow. We spot more elephants, hippos and crocodiles. On the way back to camp, Luca spots a kudu carcass so we stop and take a closer look. Later, we were told it had been killed by a pack of hyenas but, for now, vultures were feeding on the carcass. There were close to 40 vultures in total, and we watched as they came in, one by one, to rip the flesh off the bones of the kudu. 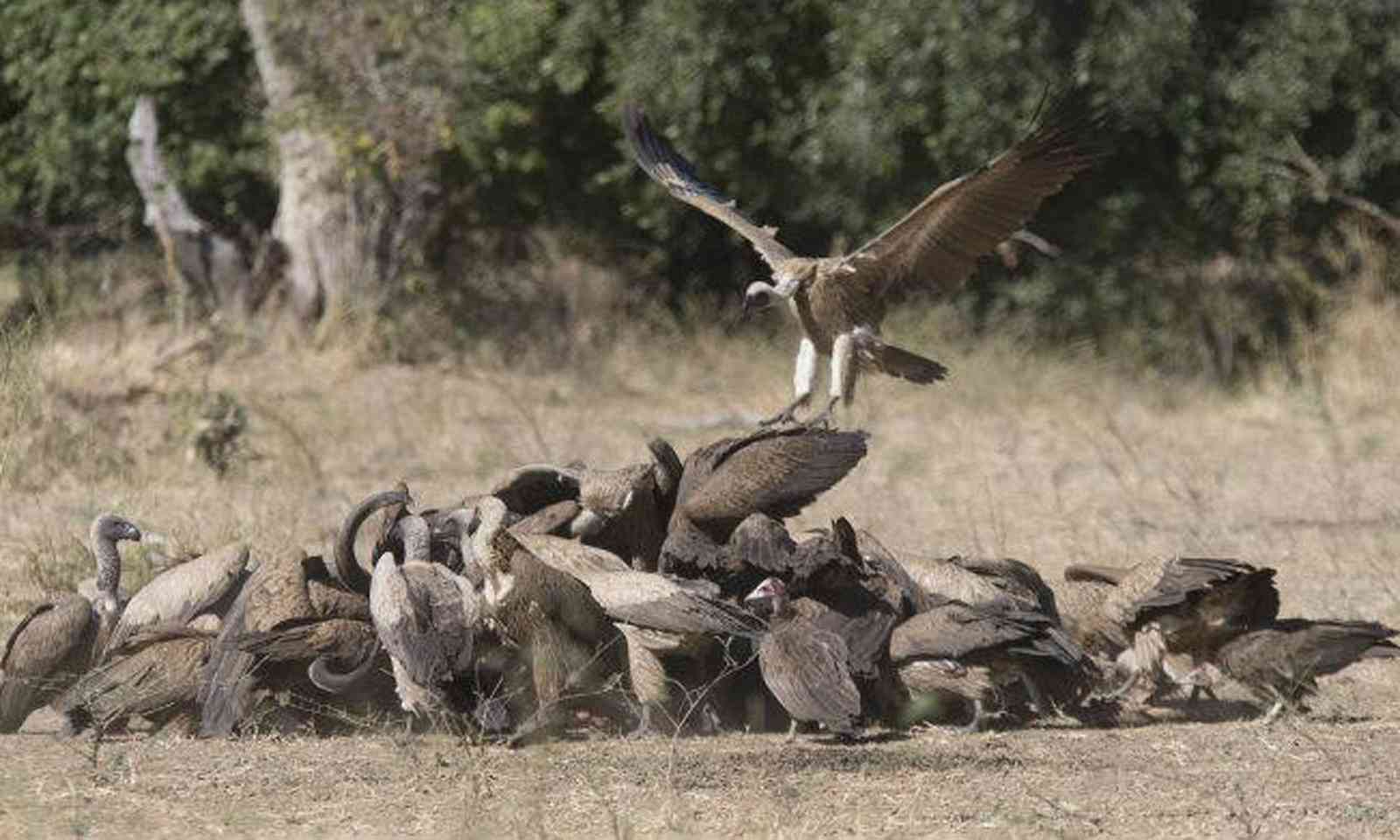 Back in camp that afternoon, the kids played freely, sometimes too freely. We seem to be constantly telling them not to stray too far away – such a huge difference from Third Bridge, where they wouldn't leave our side.

They are on a mission to find marbles hidden amid the dirt and dust. Gilbert, one of the camp workers, uses them with a slingshot to keep baboons away from food supplies. Gilbert is a dab hand with a slingshot. Luca is very impressed and together they head down to the river to practice. Luca returns feeling all grown up, having enjoyed his time with his slingshot 'mentor'.

At dusk, Edwina decides to shower the kids. After spending a few days in the camp, it's easy to get complacent, and Edwina lets the kids run back from the shower to the campfire just as it's getting dark. A few minutes later, two other campers, Chris and Tessa, come back from their game drive and tell us there is a lioness nearby. We head for our car, asking for directions, and they say we don't need to drive. The lioness is sitting just behind the shower block. 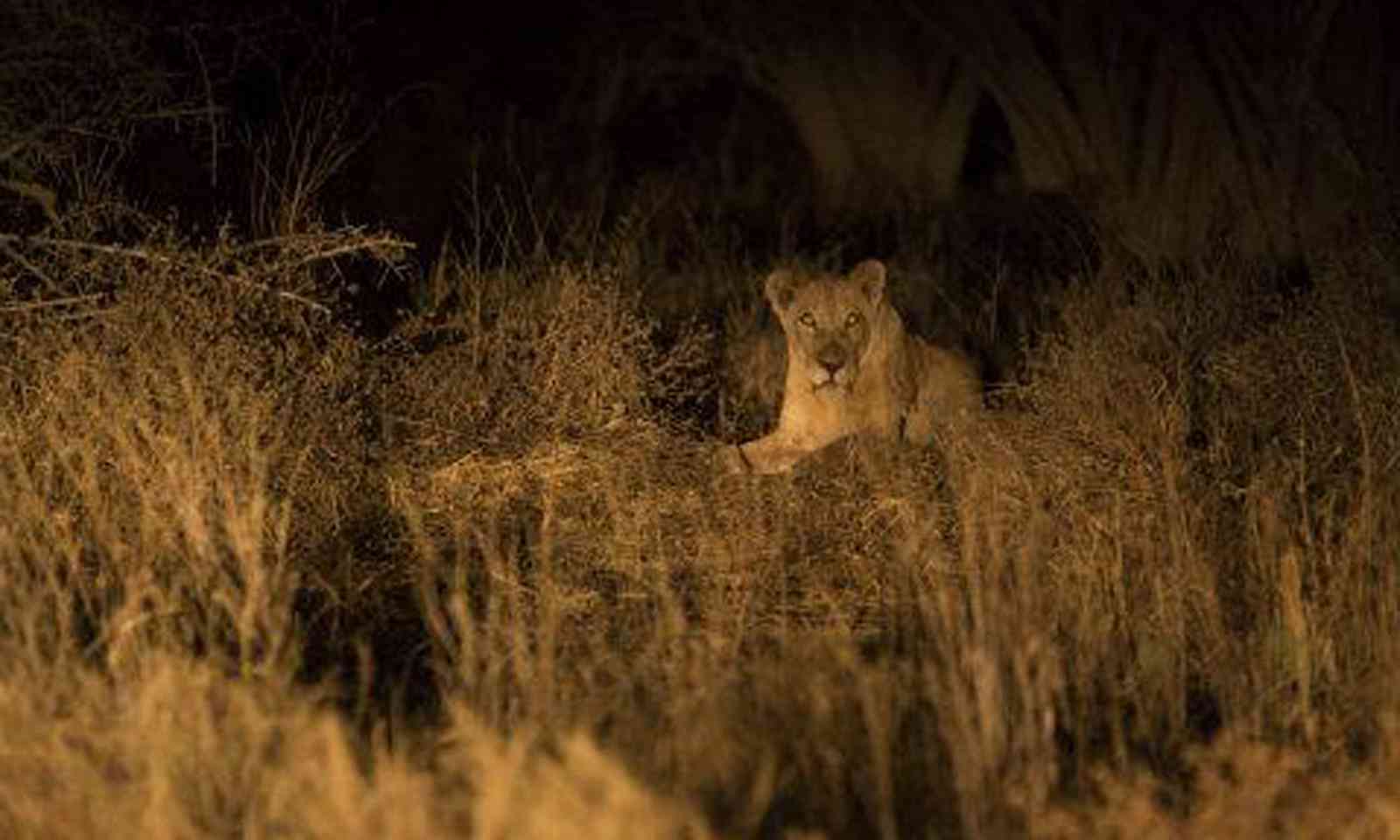 The lioness behind the shower block, Mana Pools (Edwina Cagol)

Edwina is sickened by the thought of what could have happened. It could have been so easy for the lioness to take the children as they ran back from their shower. It really brought home the importance of not becoming complacent. There is a local Zimbabwean family camping right next to the shower block, but when we tell them that there is a lioness just behind the bush, they seem completely unfazed and carry on making their dinner. I guess they are quite used to these situations.

Cronje, the camp manager, is not so complacent. He tells us to keep the children quiet and not let them run around camp. He says the lioness has her eyes focused on the camp, not the impalas grazing behind it, and that we should take extra care. It is a wake up call for all us, and the kids eat their dinner quickly before retiring early to the relative safety of their tents.

The next day, we head to Kariba, the border town with Zambia, where Luca buys a slingshot, eager to put into practice the techniques he learned from Gilbert and to help him sleep a little easier at the camp at Mana Pools.

Edwina and Mauro Cagol are travelling around the world for a year with their three young children. To find out more about their adventures, visit www.offexploring.com