How to drink tea around the world

Milk and two sugars, or strong and black? In honour of National Tea Day on 21 April, we take a look at how the world's biggest tea drinkers take their cuppas… 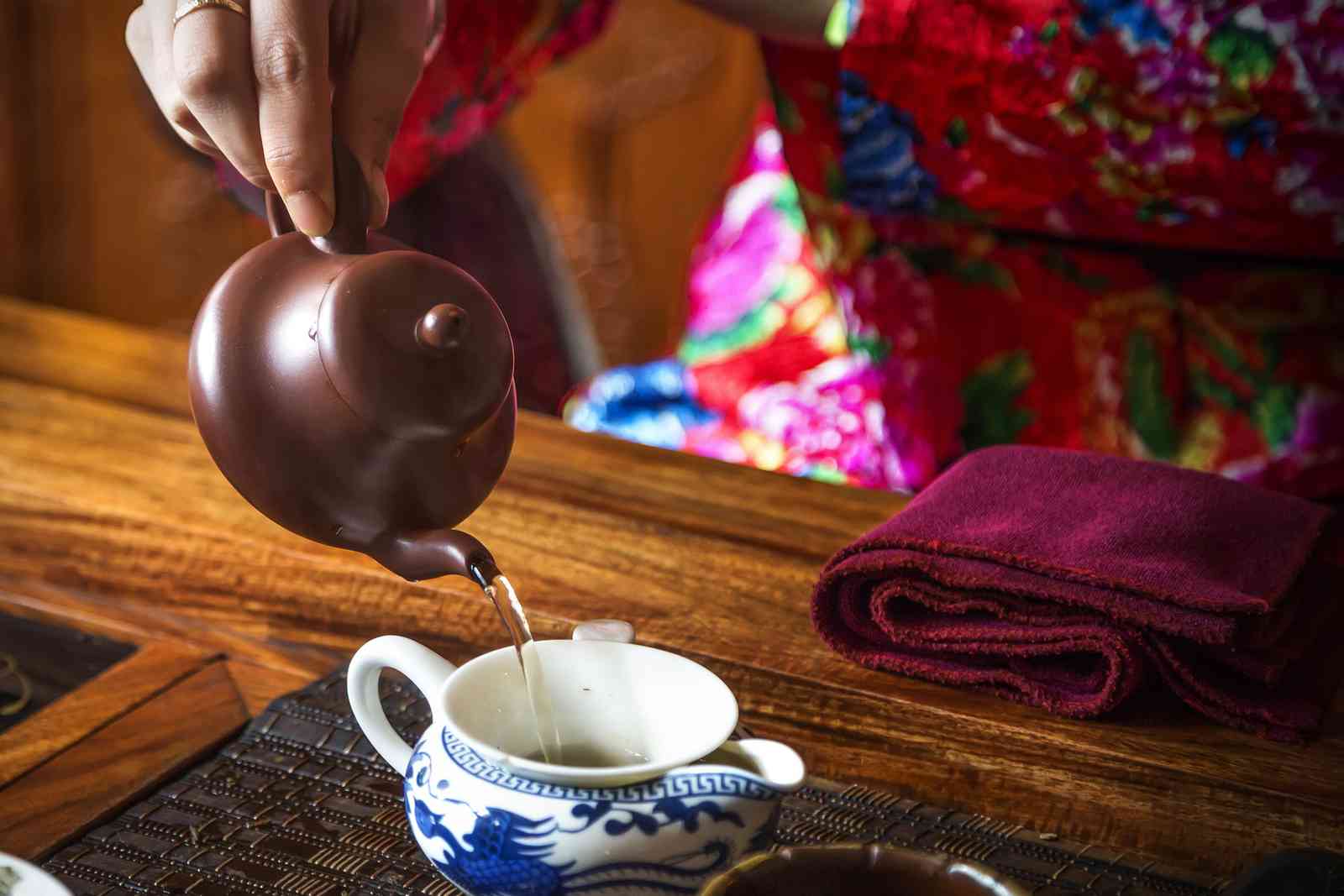 A tea ceremony in China (Shutterstock)

It is widely believed that tea began its rise to world domination in ancient China. Legend has it that the drink was first discovered around 2737 BC when the Chinese Emperor Shennong found a tea leaf in his freshly-boiled drinking water that had blown from a nearby bush. Upon drinking this circumstantial concoction, tea, or cha, was invented and thus began its momentous journey to being one of the most-loved beverages in the world.

Today, tea is one of the seven necessities in China (along with other foodstuffs rice, oil and salt) and is consumed by those from all walks of life. Green tea is the most popular and still greatly esteemed for its medicinal properties, helping to reduce the risk of heart disease and some types of cancer. The tradition of making tea is a-whole-nother kettle of, well, tea. Different provinces will take various brewing times, temperatures and quantity of tea. It's best left to the experts.

As a cherished antique of Chinese history, tea is just as much shrouded in ceremony as it is a commonplace beverage. Tea ceremonies are ritually held as part of celebrations or as a gesture of goodwill and there are many customs. If you ever need to apologise to someone in China pouring them tea can make amends. 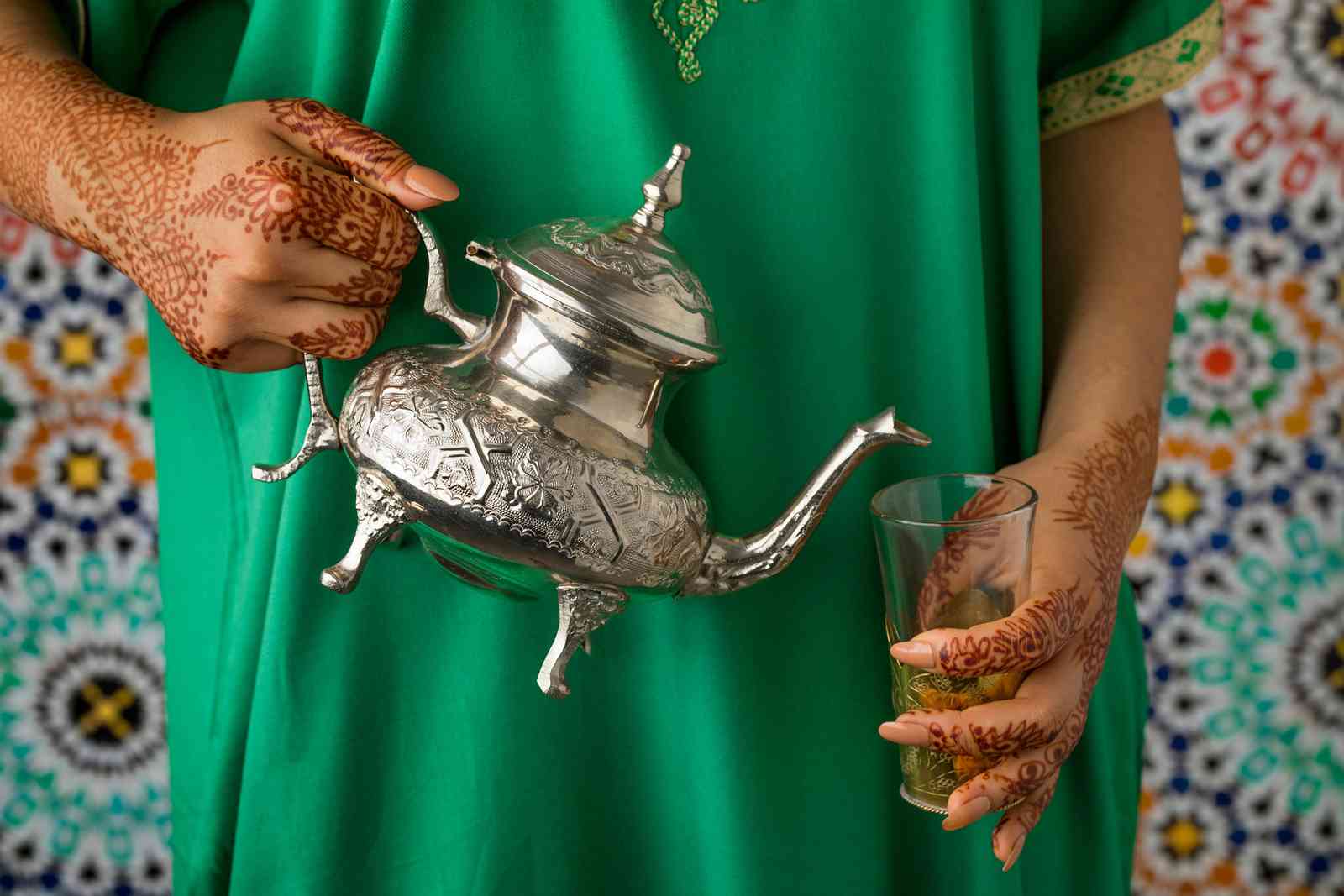 Anybody who has travelled to Morocco will know that tea is much more than a simple beverage; it is a national institution and a highly symbolic custom.

Although disputed, it is thought that tea was introduced to Morocco sometime around the mid-19th century. The favoured version of its origin is that it was first introduced when trade between Maghreb and Europe began to flourish, however some historians believe that it came to the country’s shores via maritime piracy in the Mediterranean and Atlantic Oceans.

Though there may be some doubt about its origin, there is certainly none concerning the way it should be served. The tea is primarily a mixture of green tea, mint leaves, plenty of sugar cubes, and a solid dose of dedicated care and respect for tradition. It makes for a tasty and refreshing cuppa. The tea is ceremoniously poured from a height (of up to half a metre) into dainty glasses, and is a non-negotiable offering to visitors – so be prepared to take tea with strangers. 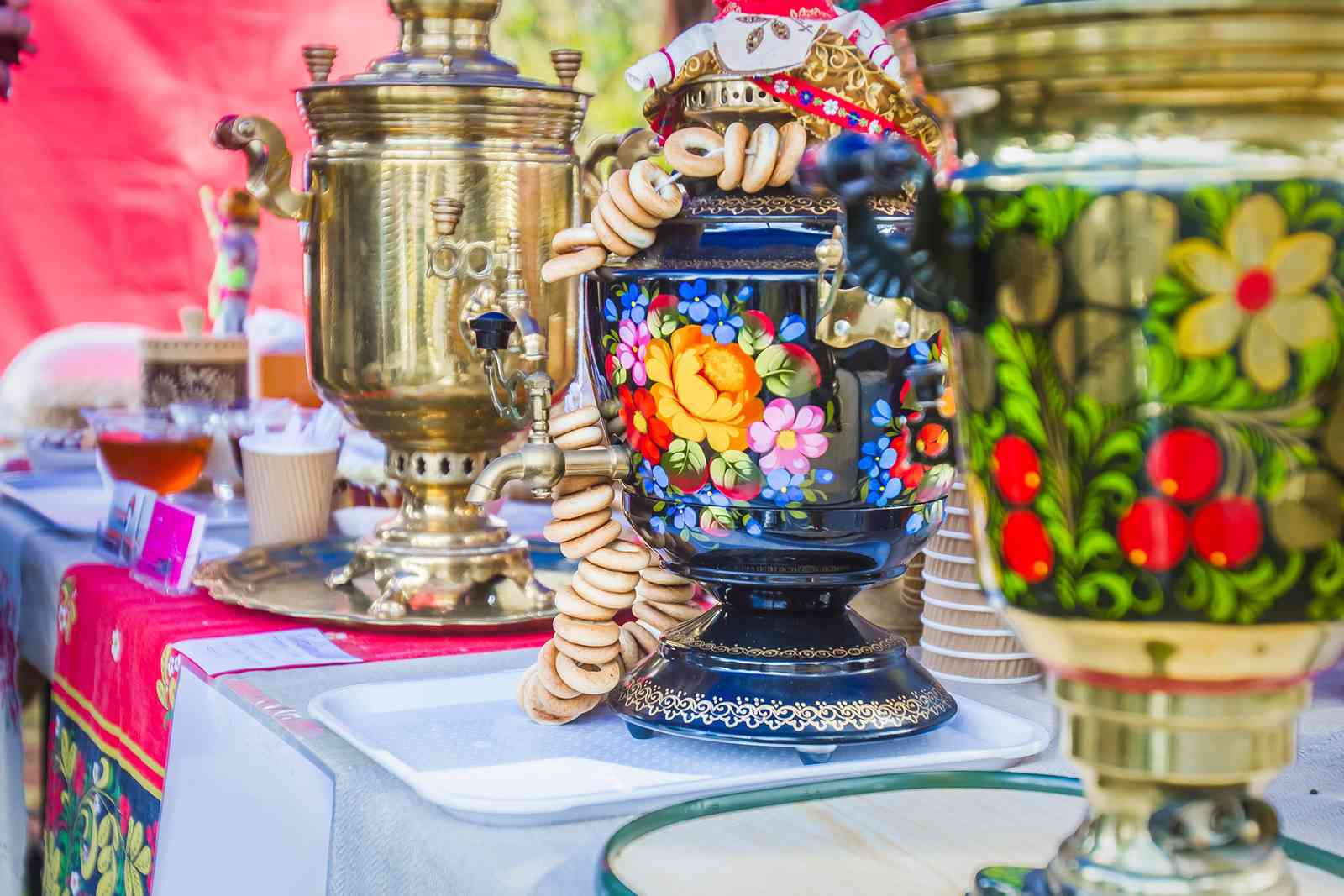 As one of the coldest countries in the world, it won’t come as a surprise that in Russia tea time is all the time! In this part of the world, tea is never served cold and is almost always black. To sweeten the taste it is common to add sugar, lemon or honey, and from time to time, mashed berries or a fruit preserve.

Though now a drink consumed by all, when tea was first introduced to Russia in the early 18th century, it was jaw-droppingly expensive. This was mainly because it could only be imported via an epic 11,000 mile journey, taking around 16 months on camel-back.

Today, however, the real allure around tea preparation in Russia is the Samovar. A truly ingenious invention, it is a (usually decorated) metal kettle with two compartments. One on top to diffuse the tea, and one underneath in which water is constantly kept hot by an inbuilt heater. Much like other tea cultures, this beverage is ritually offered to visitors alongside the perfect place to perch. Plus, unlike Russia's other more alcoholic pick-me-ups it won't leave you giddy on your feet or with a banging headache. 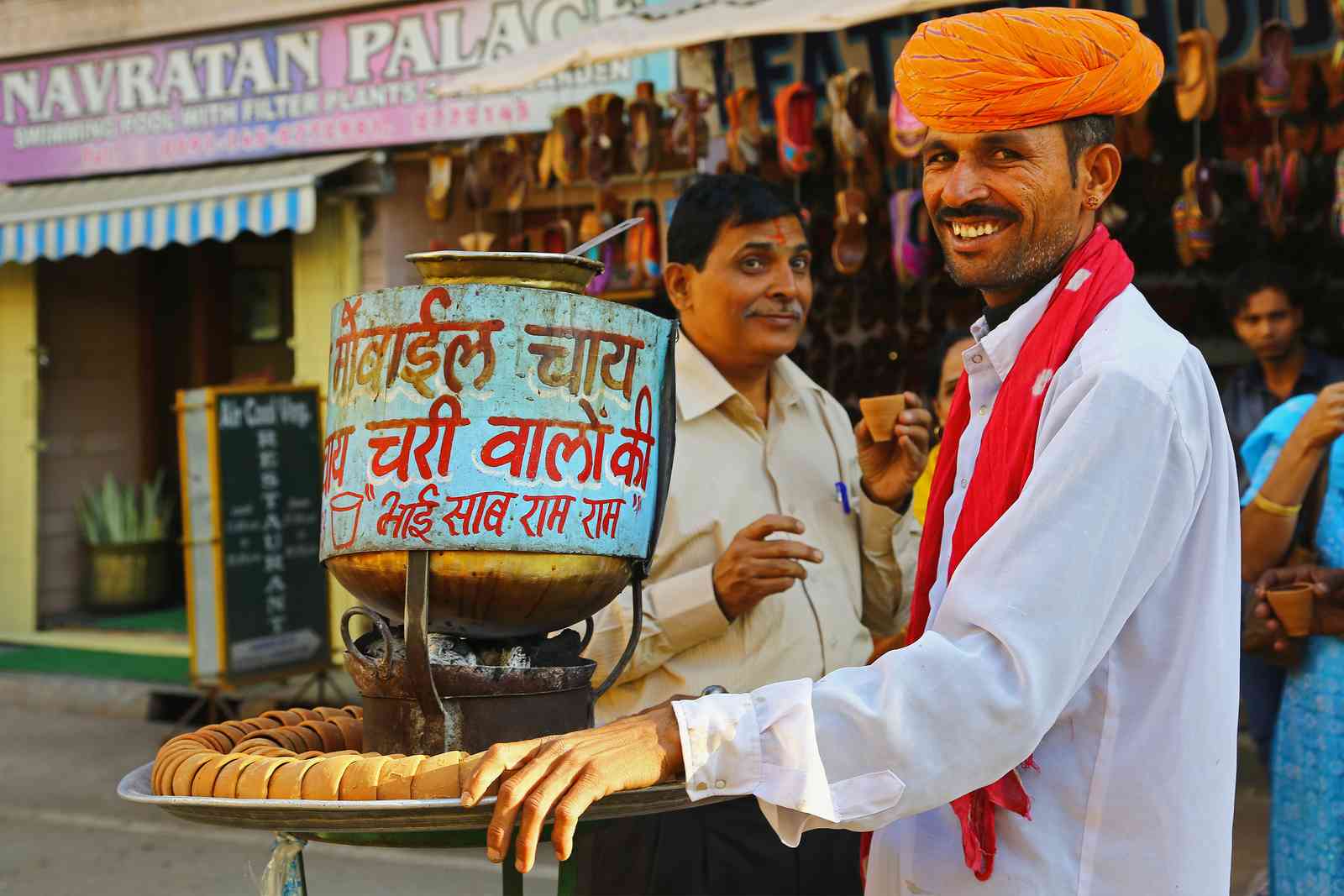 As one of the largest tea exporters in the world, India is the place to visit if you are passionate about tea. Chai tea, or masala chai (literally 'mixed spice tea'), is not only the most popular beverage in India, it is swiftly becoming widely available all around the world, most notably in the west.

Depending on the region of India, the recipe or preparation of chai varies, though the strong black Assam tea is usually its starring ingredient. It is brewed with milk, sweeteners such as sugar or honey, and a concoction of vibrant spices – most commonly cinnamon, cardamom, ginger, cloves, and pepper. The finished product is a tantalising taste that is highly reflective of chaotic Indian culture. It's nearly impossible to traverse any Indian street without meeting a stall that offers this delectable beverage – all travellers are at risk from failing to resist temptation. 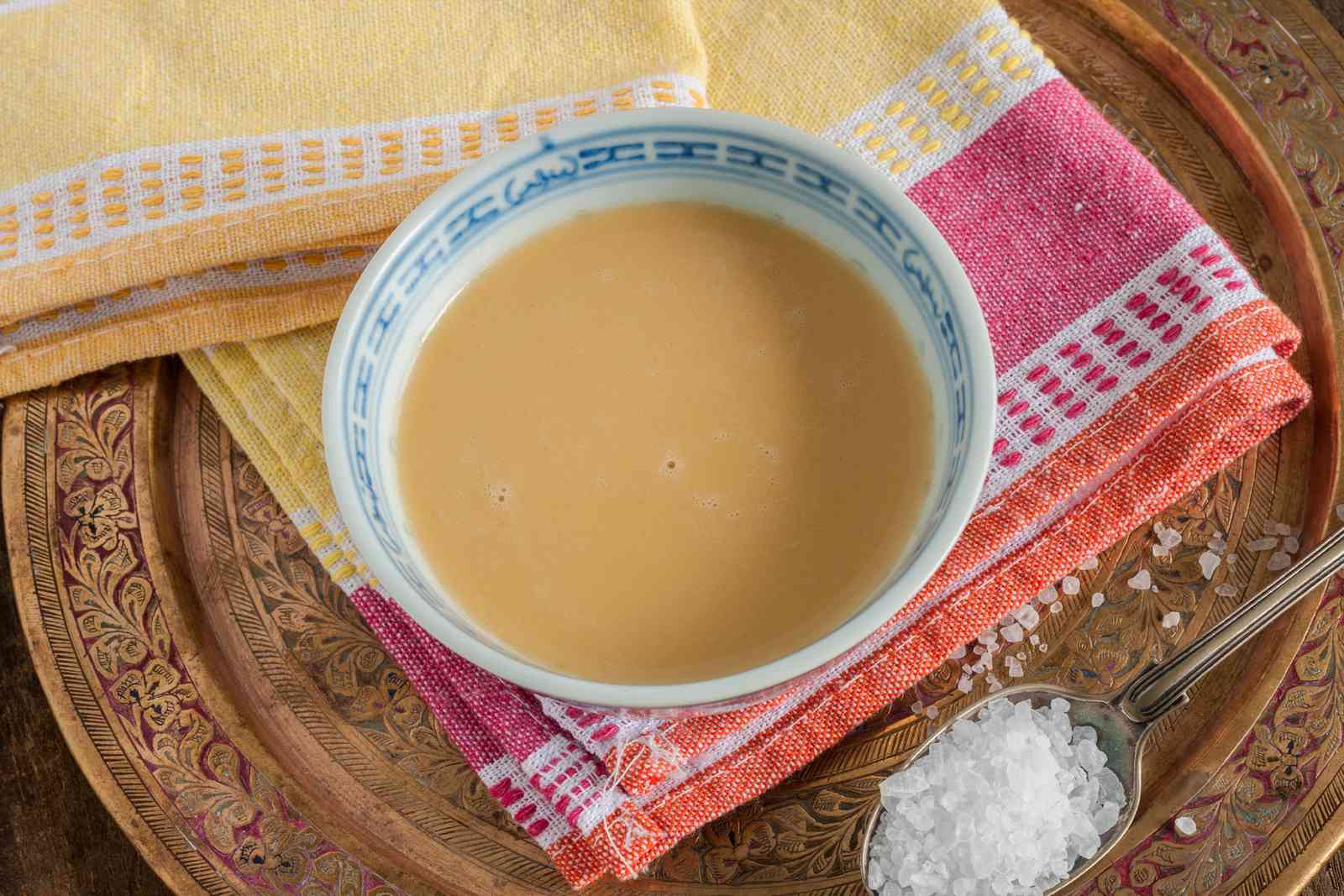 When boiling your kettle at home, ready to infuse your favourite blend of tea, few of us would decide to add butter to the mix. In Tibet, however, this is tradition. In fact, the main ingredients for Tibetan tea are tea leaves, yak butter and salt. The tea leaves are customarily boiled in water for up to half a day before the other ingredients are added.

Though some health-conscious readers may wince, the calorific content of the beverage replenishes the fat and energy lost by living at a high altitude. It has been an essential addition to the Tibetan diet since the dawning of the 9th century. To this day, Tibetan nomads live by the appealing mantra that one's tea glass should never be empty, and so will consume up to 40 cups every day. 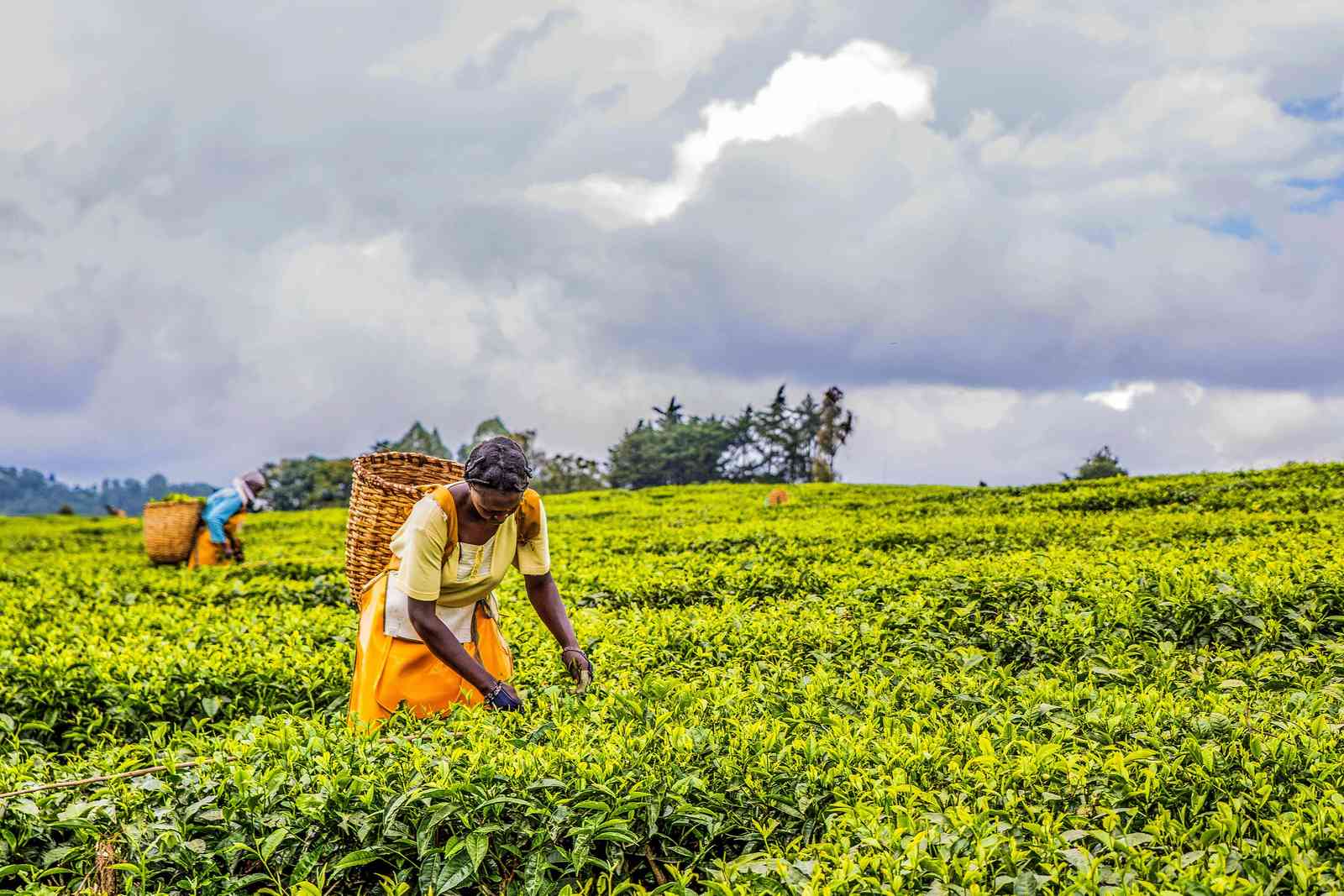 A tea plantation in Kenya (Shutterstock)

Tea is served throughout the day in Kenya, especially during mealtimes. Tea was only introduced to the country in 1903, but has since become deeply ingrained within Kenya’s culture.

The nation’s tea of choice is chai – similar to the tea traditions of the UK and India. This means a brew of a brisk black tea, milk and lots of sugar (between two and four teaspoons), all served scolding-hot.

Kenya is the largest tea exporter in the world, so tea is much more than a drink in this corner of Africa. Around 260 million kilograms of tea are produced every year, of which 90 per cent is exported to other countries. Grown all year round in the highlands, a cuppa in Kenya is as fresh as they come. 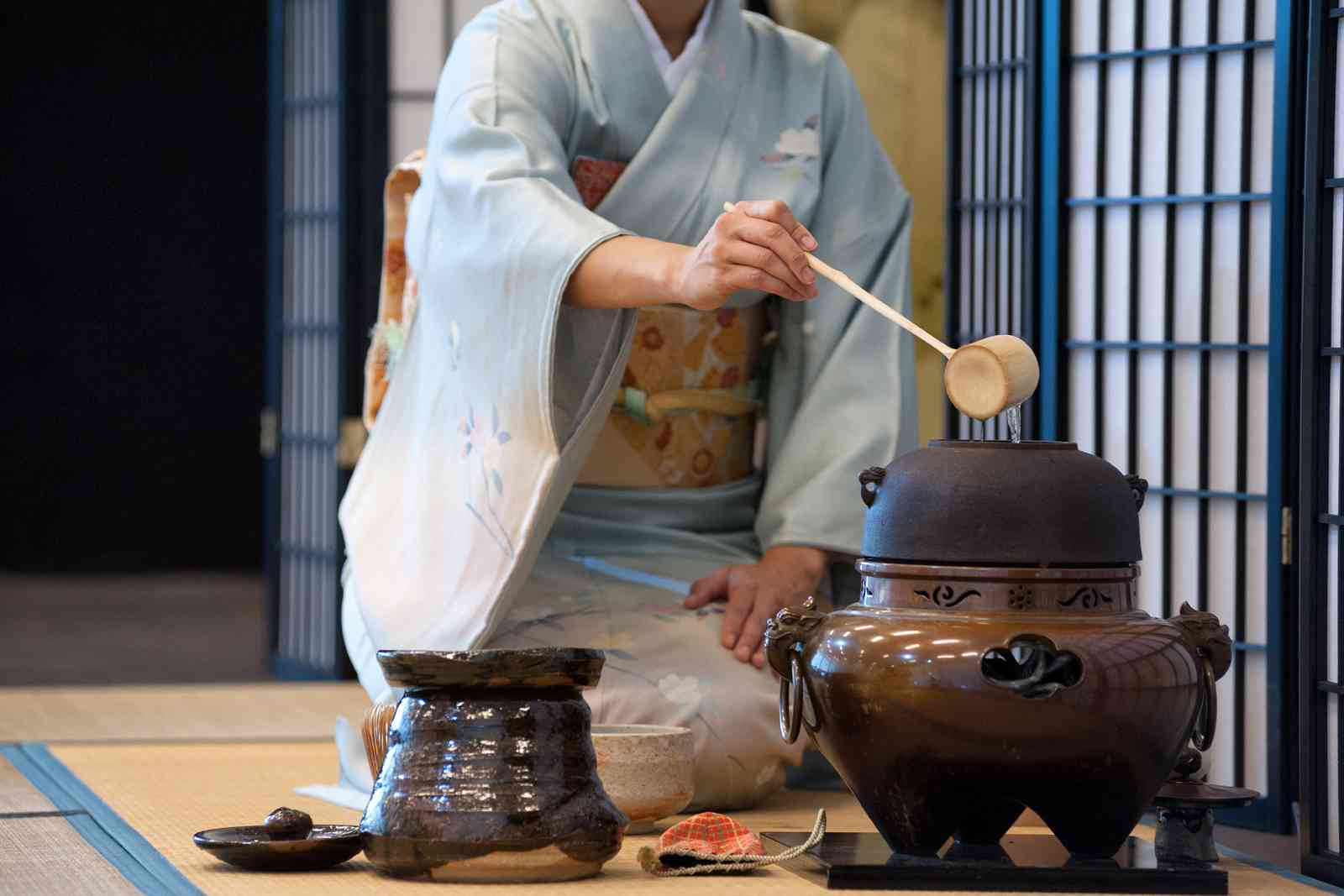 A tea ceremony in Japan (Shutterstock)

With a history spanning nearly 1,000 years, tea is an ancient and seminal thread woven into the fabric of Japanese culture. One of the most vital and fascinating elements surrounding the beverage is the Japanese tea ceremony or chanoyu. Its origins date back to the 12th century, when the leaves were bought back from China by Buddhist monks. Consequently, it was consumed by nobles who would host early forms of chanoyu in order to display great wealth.

During the 15th century, a Zen Buddhist master, Murata Juko, broke convention to perform a much more humble tea ceremony lasting several hours. From here and over the following centuries, the tea ceremony evolved into a ritual encompassing nature and community, as well as philosophical and spiritual reflection. Although tea traditions are widely studied in Japan, individual households do not regularly conduct their own ceremonies. The drink itself, however, is nonetheless popular. It is coveted for its medicinal properties, customarily served without charge in restaurants, and is consumed more commonly than water.

Quiz: How much do you know about the world’s tea plantations?