7 of Tajikistan's most beautiful natural wonders

Known as ‘The Roof of the World’, the mountainous country of Tajikistan has no shortage of natural wonders. See the breathtaking hills, valleys and lakes of the Silk Road... 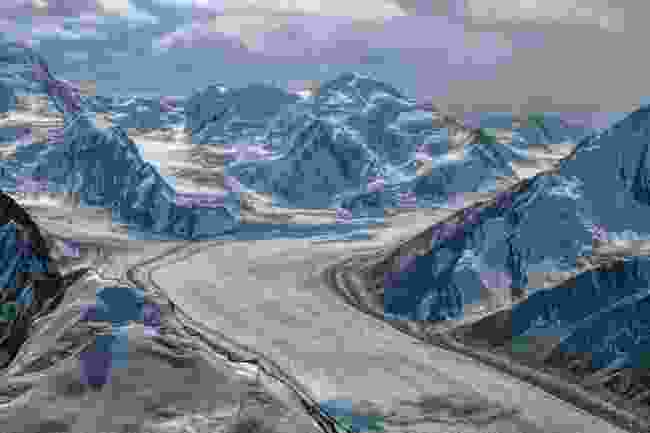 At 77km long and covering an area of 700 sq km, the Fedchenko Glacier is the longest glacier in the world outside of the polar regions. Set high in the Pamir Mountains, it is also overlooked by Tajikistan’s highest peak, Ismoil Somoni, named after a ruler in the Samanid dynasty.

The glacier is remote and high and difficult to reach. Tour companies offer treks to the glacier from the town of Kalai-Khumb. It takes nine days, there and back, and includes walks across the ice on Bears Glacier. 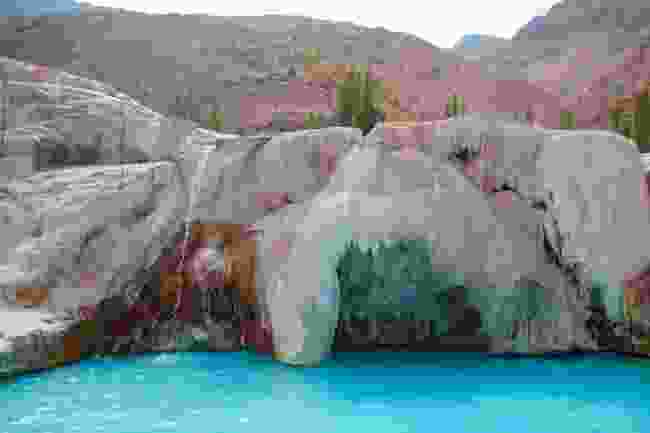 Set high in the Tajiki side of the Wakhan Corridor, with views across the Hindu Kush, the hot springs at Garm Chashma have been famous for their curative effects since time immemorial.

Fed by micro-geysers, the waters are rich in hydrogen sulphide, silicone acid and carbon acid along with iron, aluminium, magnesium, strontium and fluorine. The temperature is a pleasant 38°C, and locals swear that your skin will never feel better. 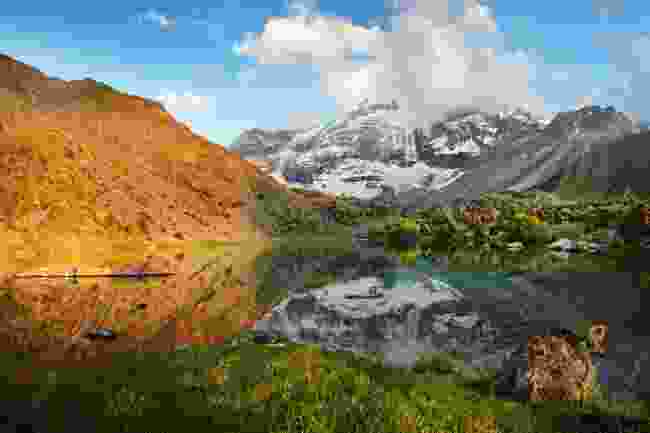 A view of the Fann Mountains near Lake Iskanderkul (Shutterstock)

Backed by the distinctive dome-shaped peaks of the Fann Mountains, Lake Iskanderkul is one of the most iconic sights in Tajikistan. Fed by glacial waters, the water is an earthly shade of blue, the colour made all the more intense from its 2,195m altitude.

The lake sits on the northern slopes of the Gissar Range and makes the perfect base for treks further into the stunning in the Fann Mountains. The three day trek to the region’s other magnificent glacial lakes, Kulikalon and Alauddin is a popular choice. 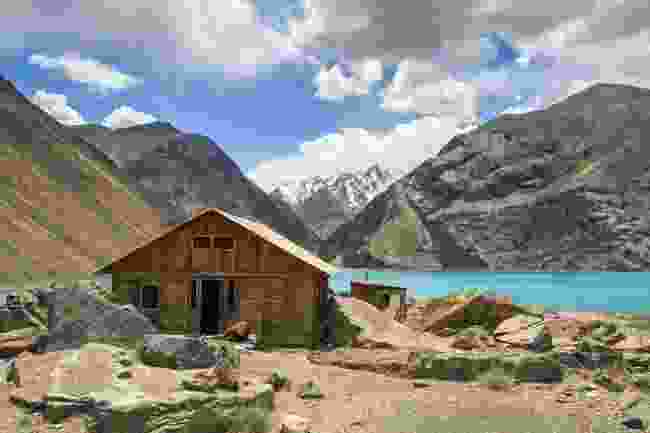 A hut on Lake Sarez (Shutterstock)

Tucked away high in the Pamir Mountains, Lake Sarez was only formed in 1911 when a huge earthquake caused a landslide that created a huge natural barrier known as the Usoi Dam. To this day, it remains the largest dam in the world, either natural or man-made.

Backed by dramatic snow-capped mountains, and coloured a mesmerising aquatic blue, it is one of the most breathtaking sights in Tajikistan. It is also one of the most fragile. Scientists fear that the dam wall is unstable and another earthquake could see it break. 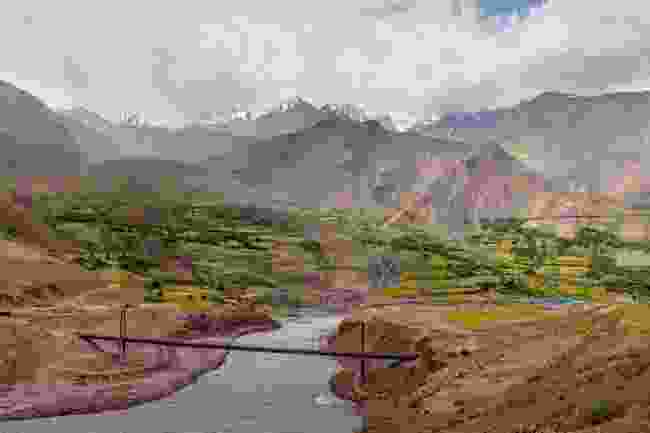 A rickety suspension bridge over the Pyanj River (Shutterstock)

The Wakhan Corridor is the stuff of legends: a remote stretch of land tucked away between the towering Pamir and Karakorum ranges. The southern part sits in Afghanistan, and the north in Tajikistan - following the Pyanj River south from Khorog along a narrow canyon to Ishkashim.

Remote communities here cultivate the pockets of fertile ground near the rivers, a providing a splash of green against the dry bare mountains. This is the Hindu Kush, the killer of Hindus, a towers barrier of stone that marks the Afghanistan–Pakistan border.

Against them the forts and villages scattered here look tiny, the houses, orchards and suspension bridges looking like miniature toys in God’s earthly play set. 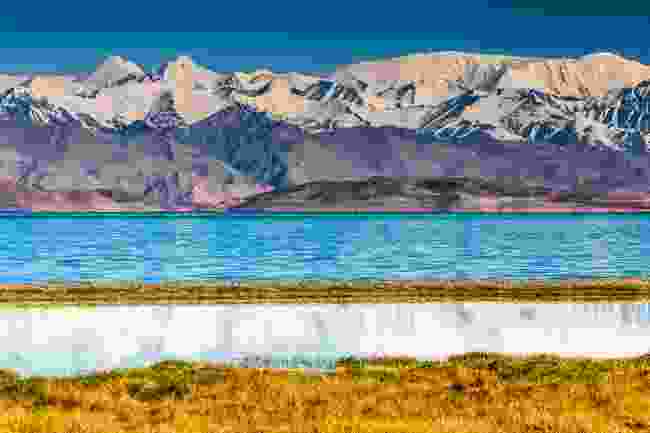 Formed after a meteor slammed into the earth 10 million years ago, Karakul Lake is 45km wide, making it one of the largest, and highest, meteor craters in the world. It's also one of the most beautiful, with the aqua blue waters of the lake backed by imposing snow-capped mountains.

Although the crater lake lies within a national park, much of the surround land is used for pasture. Having said that, the marshes, peat bogs, wet meadows and sandy plains that surround it are a haven for bird life, including Tibetan sand grouse, Himalayan rubythroats, Himalayan vultures and black-headed mountain finches. 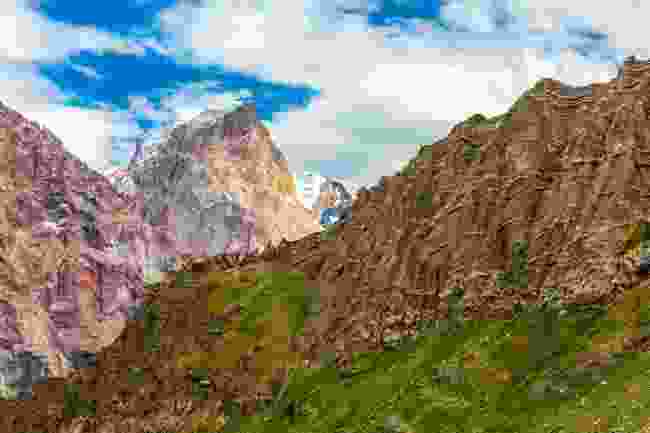 Already one of the highest peaks in the Fann Mountains, Chapdara is also legendary amongst climbers for its 1,500m tall vertical wall on its north-eastern side.

Unless you’re a hard core climber, it’s very unlikely you’ll get to scale it, but it makes a breathtaking sight on one of the many treks that have become popular in this corner of Tajikistan.

There are several trekking routes that offer views of the wall, starting at trailheads at Artush, Alaudin Camp, Iskanderkul and Marguzor Lakes. As well as the cliff face of Mount Chakdara, you’ll encounter incredible lakes, alpine meadows and glaciers.

More things to do in Tajikistan:

Road trip through the Pamir Highway

9 epic trips through the enigmatic ‘Stans