Don't know your boba from your bubble? Taipei resident and Taiwan Scene editor Adam Hopkins reveals everything you need to know about bubble tea, the Taiwanese beverage that has taken over the world...

What is bubble tea? 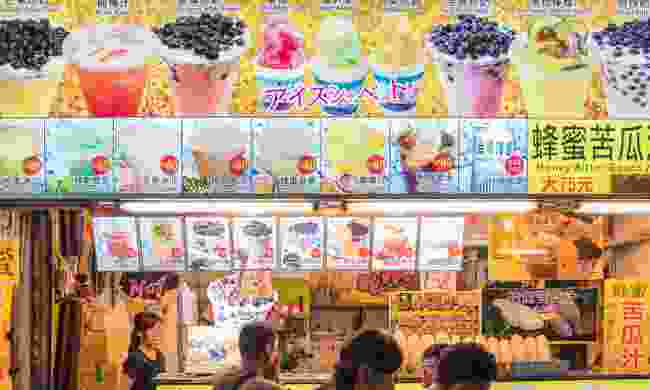 Bubble tea, also known as bubble milk tea, pearl milk tea, boba tea, bōbà nǎichá, or zhēnzhū nǎichá, has much disputed origins. In its most basic form, the drink is a blend of milk, black tea and sugar with a few spoonfuls of caramelised tapioca balls called 'pearls' or 'boba'.

A modern incarnation of a beverage said to be invented in the 1980s at Taichung tea house Chun Shui Tang, a brand that has since spread to other Taiwanese cities, as well as locations in Japan and Hong Kong.

A big part of bubble tea’s appeal comes from its versatility, as it can be served in a variety of flavours, both hot and iced, with chunks of fruit and jellies and most importantly, with different pearls.

In Taiwan, the pearls are described as QQ, which refers to the chewy/bouncy texture they create while you drink. Sipping on bubble tea is a unique sensation. For some, it feels weird at first. Often, it's described as feeling like eating and drinking at the same time.

What types of bubble tea are there? 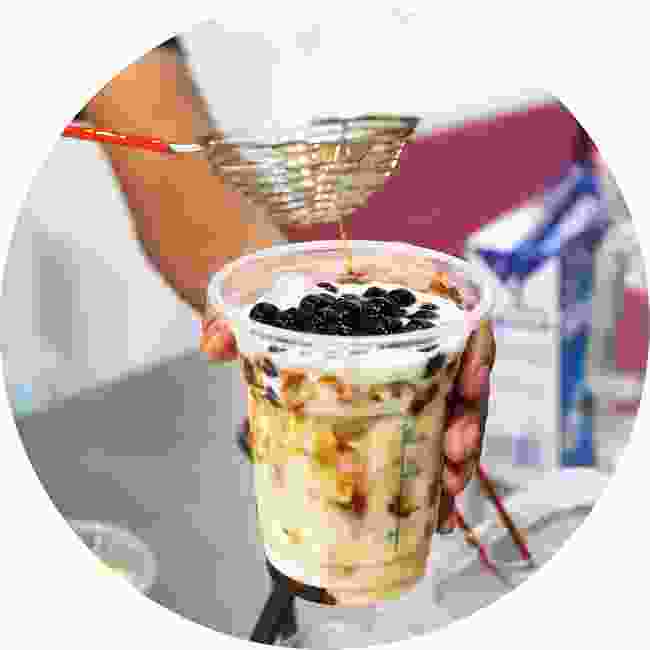 Classic bubble tea is made with black tea, known as red tea or hóngchá in Taiwan. This can easily be substituted for green tea, oolong tea, or any of the many tea varieties you can find on the island.

The most popular form of bubble tea right now is brown sugar boba. Mostly milk, this incredibly photogenic beverage gets its distinct flavour from the addition of delightfully-sweet brown sugar syrup. It's a hit worldwide, particularly at bubble tea chain store Tiger Sugar, in Asia, New York, California and Toronto. 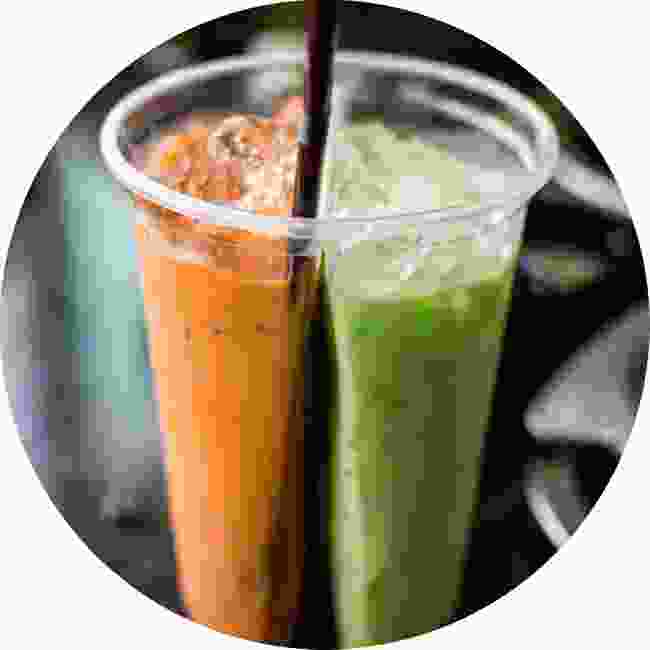 Lactose intolerant or just straight up don’t like milk? Fruit-based boba drinks may be more your cup of tea. From passionfruit and strawberry to locally-inspired flavours like winter melon, fruity boba drinks are very refreshing and still offer drinkers their QQ fix.

CoCo Fresh Tea & Juice is another popular bubble tea chain and boasts a wide range of fruit-based drinks and like Tiger Sugar has locations all across Asia, along with stores in other parts of the world such as London, Sydney and Los Angeles.

Up for debate: Domino’s Pizza in Taiwan recently announced the Brown Sugar Pearl Milk Tea Pizza, both delighting and repulsing the public in equal measure.

Boba foods also include pancakes, shaved ice and even hotpot, and have received a fair amount of exposure thanks to BuzzFeed, which has been nothing but good for boba’s seemingly ever-growing popularity.

So, why is bubble tea so popular?

Boba has been consumed in the West, particularly the US, since the ‘90s. Unsurprisingly popular amongst Taiwanese Americans and other Americans of East Asian descent, it is regarded by many as a symbol of Asian American youth culture.

It was thrust into the spotlight in 2013 by Chinese-American rappers the Fung Brothers, when they released their song Bobalife, which has since amassed over 2,300,000 views on YouTube, both glamorising the drink and introducing it to a wider audience.

Another large part of the drink’s popularity and marketability comes from its look: it’s colourful, unique, and very social media-friendly.

In an age where likes and posts are almost as important as actual experiences, many people are buying bubble tea for a photo of the cup rather than to actually enjoy the drink. Just checkout #boba on Instagram to see for yourself...

More drinks from around the world you need to try:

9 alcoholic drinks made from strange ingredients