The long-awaited sequel to Trainspotting, one of the 1990s' most iconic films, is about to hit the cinemas. Here’s our alternative guide to some of the destinations featured in the new T2 film 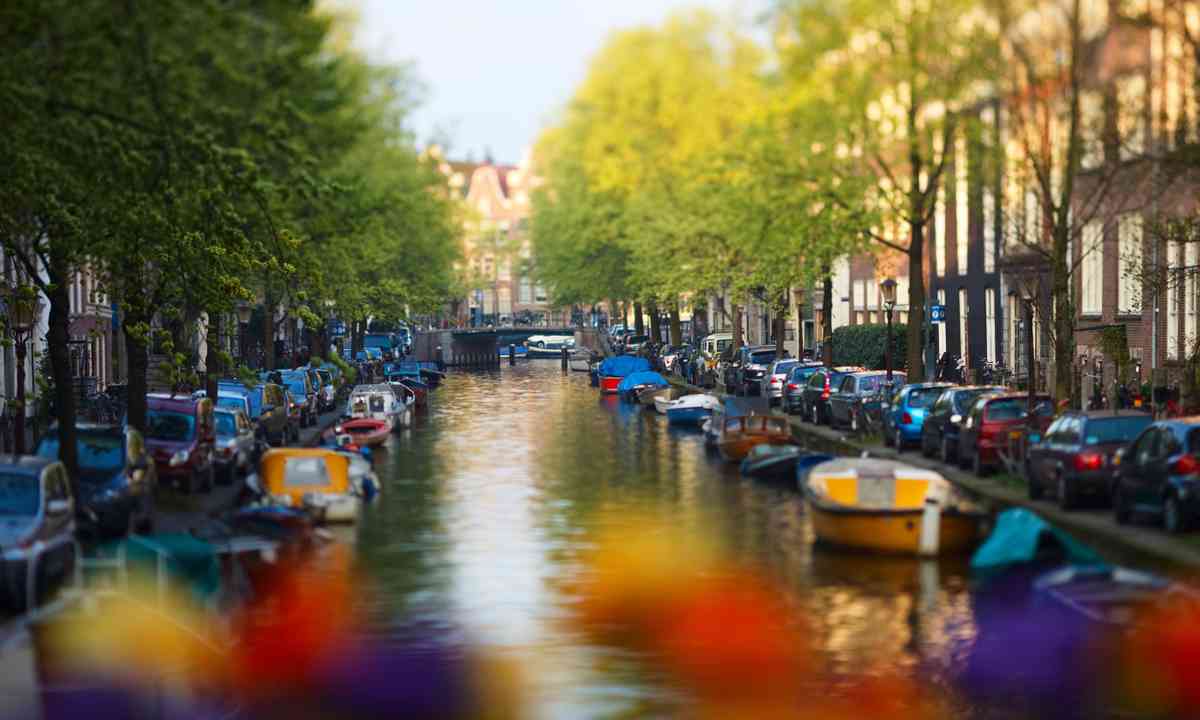 Trainspotting 2 finds Ewan McGregor’s character, Renton, living in Amsterdam. It’s not the first place you’d expect a recovering heroin addict to set up shop, but Amsterdam’s days as the sin capital are well behind it. The 'funky' cafes certainly still exist, but mainly as a harmless tourist attraction.

Join the locals flocking to the stunning new Eye Film museum, featuring a restaurant with stunning views over the IJ river and Westerpark, an old gas factory that has been turned into an exciting new collection of cafes and independent shops, as well as reclaimed green spaces, including a 15-kilometre long cycle track.

Should you fancy clearing your head with a lungful of sea air, catch the train to Zandvoort aan Zee and the Dutch North Sea coast. 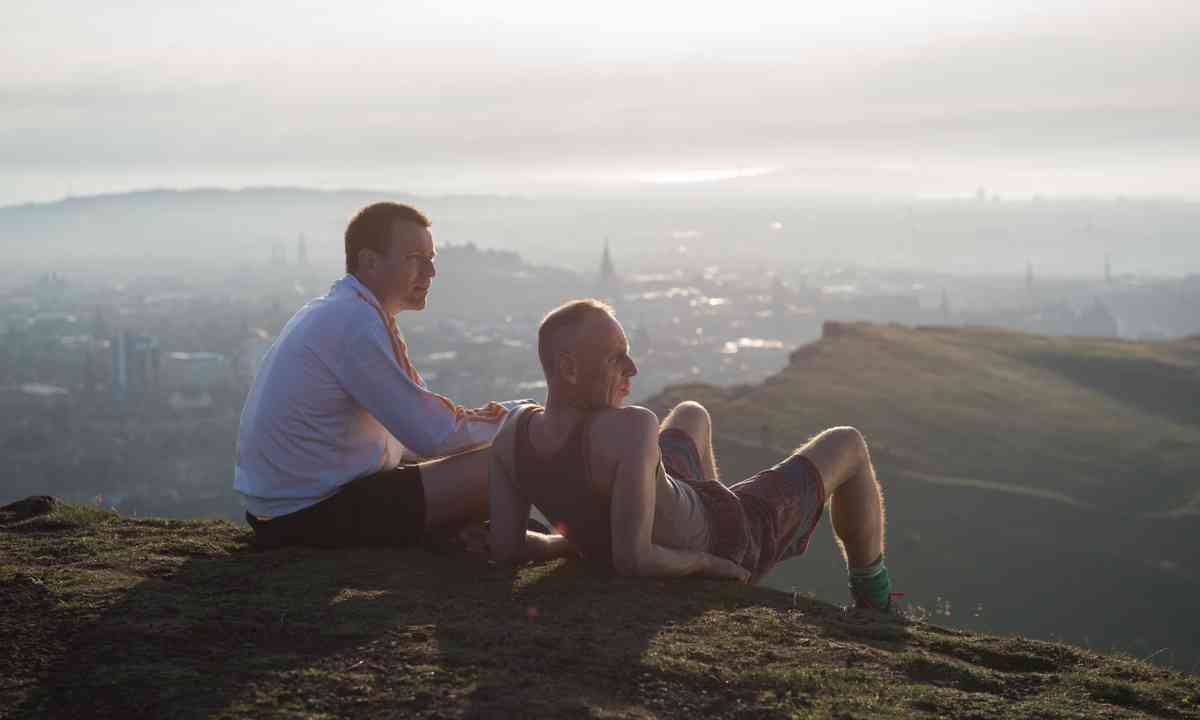 A lot has changed in Edinburgh since the first Trainspotting film. A new tram now links the centre with the airport, and most of the city’s historic buildings have been given a spit and polish. When filming for T2 began in Edinburgh, Ewan McGregor noted how gentrified the city had become.

Served by a host of budget airlines, Edinburgh makes a sophisticated short break destination. The Royal Mile, topped by Edinburgh Castle, is a must. Shopping, but not shoplifting, on Princes Street is recommended too.

Climbing up to Arthur’s Seat, the craggy outcrop a stone’s throw from the centre, offers a stunning view of the city. (If you’re feeling energetic, you could don a day-glo Lycra outfit and run up it like Renton does in T2.)

See: A local’s guide to Edinburgh 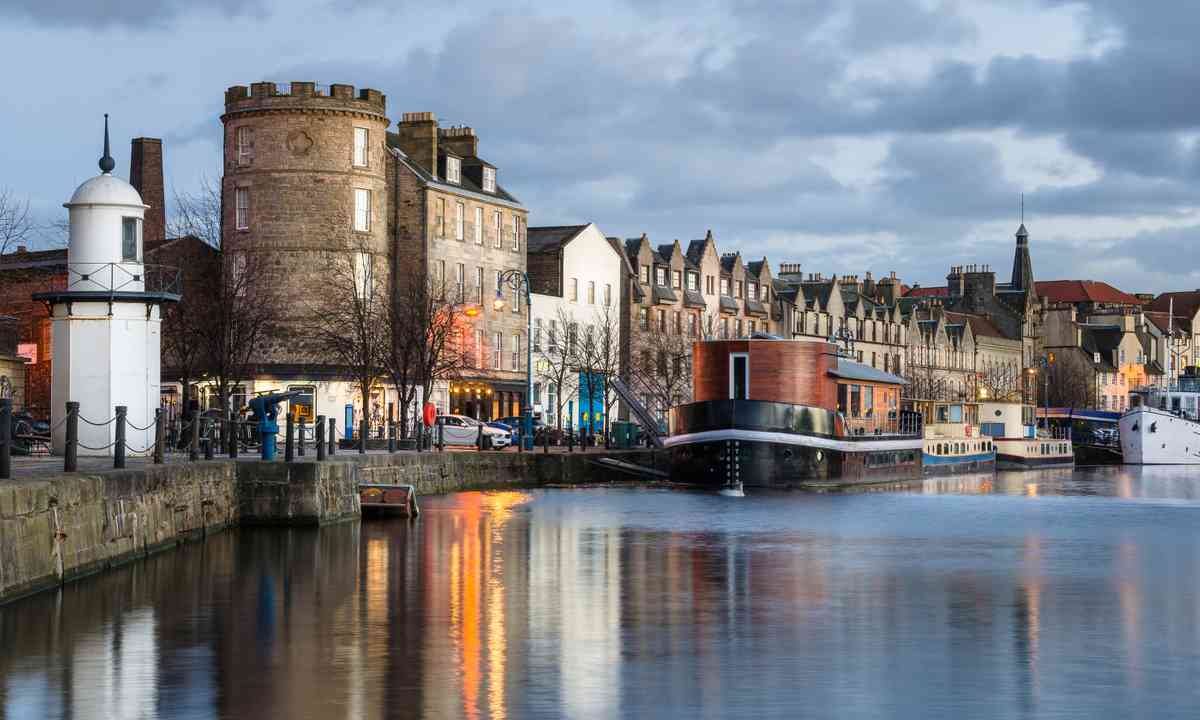 This dockside district in Edinburgh lay at the heart of both Trainspotting films and is where some of the most dramatic and memorable scenes are set. You might remember Begbie (Robert Carlisle) losing his rag with a “speccy wee gadge” opening a bag of crisps in the Volunteer Arms here.

Don’t make the mistake of assuming Leith is just another part of Edinburgh. In the early 1900s, the area voted on become part of Edinburgh and voted 5-to-1 against. The vote was promptly ignored and the area incorporated, but it has remained a place apart.

As Edinburgh’s port for centuries, Leith is a place steeped in history and intrigue. The docks on the Firth of Forth are lined by grand warehouses and historical sights. Despite gentrification, it remains a hub of lively eating and drinking spots with a rough ready edge you won’t find in the more ‘polite’ parts of Edinburgh.

Make sure you drop by 2 Wellington Place. It was here, in the top floor flat, that Irvine Welsh wrote the Trainspotting novel in the early 1990s. 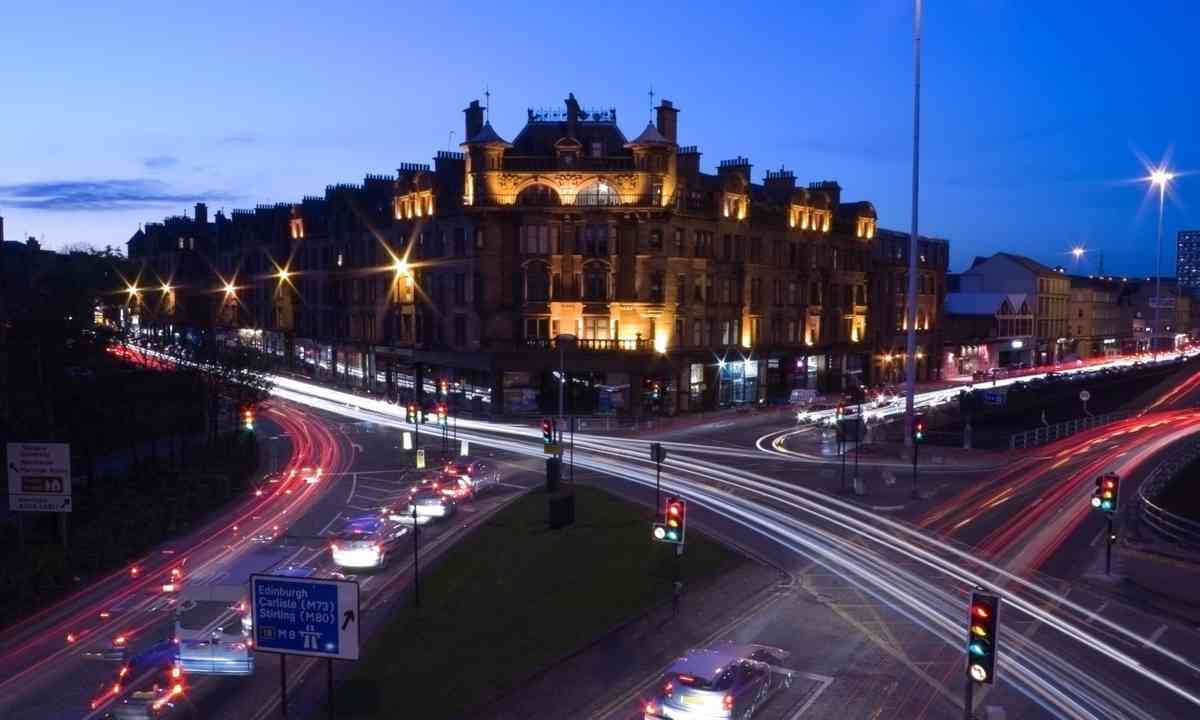 Although the first Trainspotting film was set in Edinburgh, much of it was shot in Glasgow. It was a cheaper option and to a young Danny Boyle, just starting out as a director, that was an important consideration.

As shooting began on T2, author Irving Welsh was quick to reassure fans that Glasgow would feature heavily again. The Douglas Hotel in Clydebank, for example, has been turned into the Port Sunshine, a fictional pub run by Sick Boy (Jonny Lee Miller).

This time, some of the city’s more salubrious areas feature, including Glasgow University and the upmarket Pollokshields area. Follow suit by visiting Pollock House, the Kelvingrove Art Gallery and Museum and the Centre for Contemporary Arts.

There’s a burgeoning foodie scene too. Pop-Up dining has become a big thing, with guys like Section 33, Chompskys and Flock ‘popping up’ at various locations around the city at short notice to serve delicious and affordable bites. Ewan McGregor and Jonny Lee Miller were spotted trying out the great new restaurants in the city during shooting. Make sure you do too. 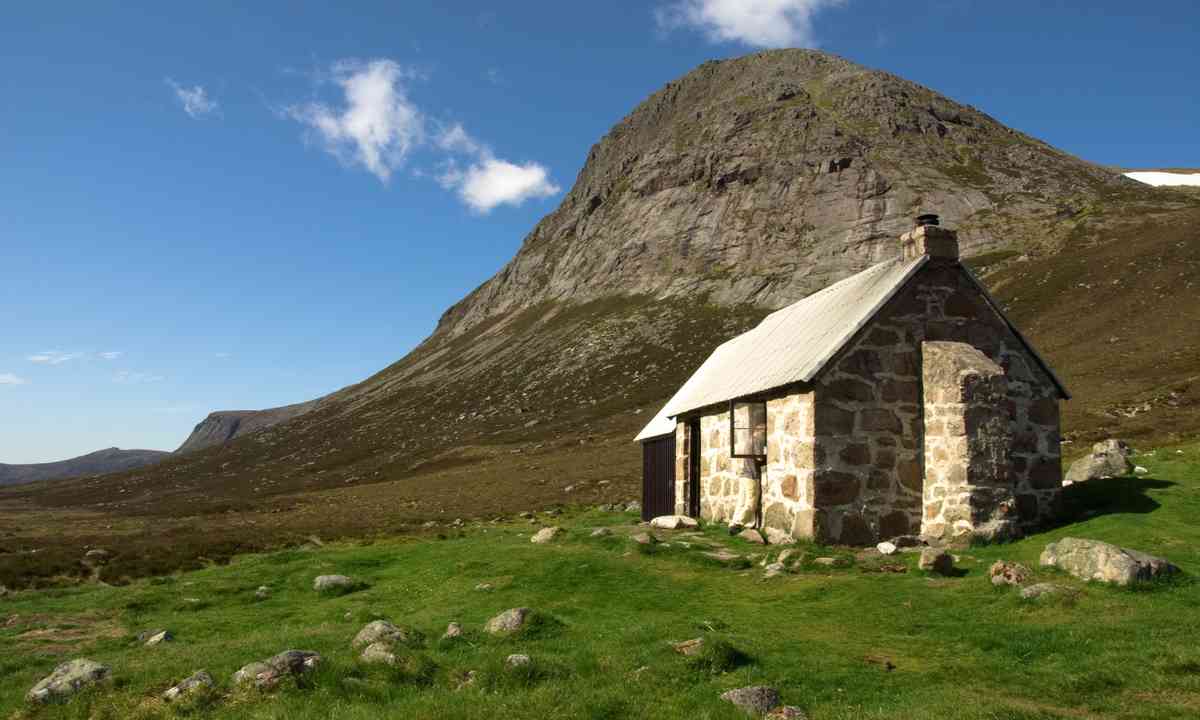 A bothy near Corrour (Dreamstime)

The remote grandeur surrounding Corrour Railway station is back for T2 and little has changed. There was nothing there in the first film when the lads stared out towards the mountains and held forth on everything that was wrong with Scotland. 20 years later, there still isn’t.

Situated near Loch Ossian and Loch Treig on the Glasgow to Fort William line, Corrour is the highest mainline railway station in the UK (1339ft above sea level).  It’s abeautiful spot and the starting point for walking trails in the mountains nearby. Drop by the Station House, the only building in the area, for a meal beside a roaring fire. 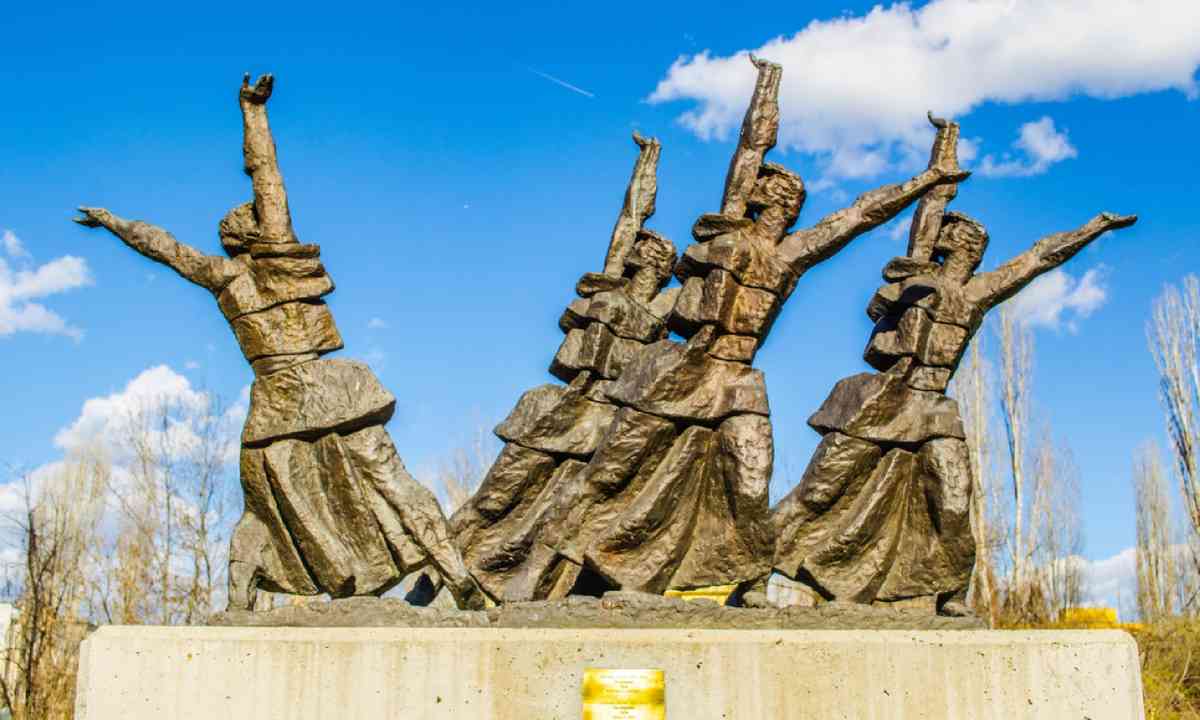 If you’re a fan of award-winning Bulgarian films like Eastern Plays and Ava, you’ll have noticed the country’s exciting new actress, Anjela Nedyalkova, in a café with Ewan McGregor in the trailer. Eagle-eyed fans have noticed a pot of Communist-era dog rose jam on the table, leading to speculation that Nedyalkova is playing the part of a film student who gets involved with Renton’s new ‘adult entertainment’ project in Sofia.

Sofia is an offbeat, chaotic melting pot of Euro, Russo and Ottoman culture and the perfect short break destination for travellers looking for a taste of Eastern Europe that hasn’t been overly gentrified.

Most of the sights can be reached by foot, including the Sveta Nedelya Church, Banya Bashi Mosque, Sofia Synagogue, Market Hall, the Public Mineral Baths and the Rotunda of St George, and the wilderness around Mount Vitosha is only 20 kilometres away. Here, you’ll find wild boar, bears and wolves roaming in one of Europe’s last wild corners.

Main image: 20 years on, the lads are back in Corrour (Tristar Productions)