Sustainable travel: how our journeys are getting greener

From low-emission transport to ditching carbon altogether on a self-powered adventure, here's how you can travel better...

With the climate crisis well and truly upon us, it’s no surprise that how we get around is under scrutiny. Transport accounts for a quarter of all artificial, global carbon emissions. Within that, almost half comes from road passengers and 12% comes from aviation (around 2.5% of total global emissions); the rest is mostly freight, and 1% is from rail. So, when it comes to shrinking our emissions, transport is an excellent place to start.

Such a revelation can be a bit of a dampener when it comes to holiday planning. Although aviation only accounts for 2.5% of global emissions, just 5% of the world’s population fly. Growth in demand is predicted to outweigh the speed of green technology, so it will soon take a much greater share of emissions. As an individual, after having children, flying is the most carbon-intensive thing we can do. 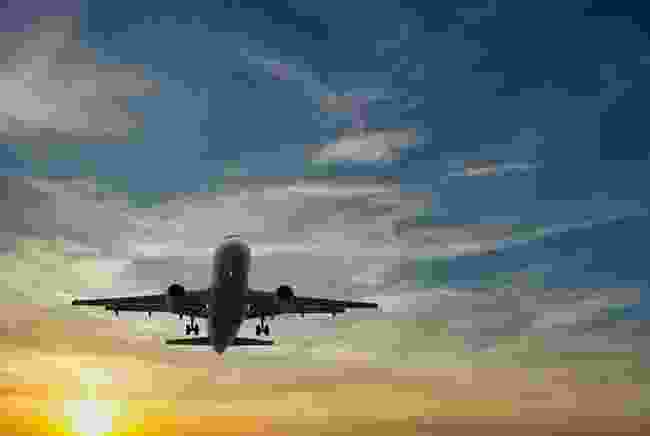 Thankfully, going slow is more compelling than ever. Travelling by train can slash carbon emissions by up to 90% compared with flying, and with new renewably powered and long-distance services popping up, it’s getting more efficient. Lumo is a new wholly electric service between London and Edinburgh, and Swiss Federal Railways will be run on 100% renewables by 2025. Austrian rail operator ÖBB is expanding its popular Nightjet services across Europe, including Paris to Vienna. Swedish operator Snälltåget has launched
a direct night train from Hamburg to Stockholm, connecting Scandinavia with Western Europe via Brussels.

The rail renaissance has caught the imagination and green leanings of tour operators, too. Explore has launched a series of ‘London2’ rail itineraries, including a fast-paced take on the Orient Express through Venice, Zagreb and Belgrade to Istanbul. Ski Solutions’ sustainability hub helps guests get to the mountains by train, and Discover the World has created a three-week rail itinerary to the Arctic. The Canadian-based Rocky Mountaineer’s first USA service across Colorado will welcome visitors on a two-day rail adventure in 2022. 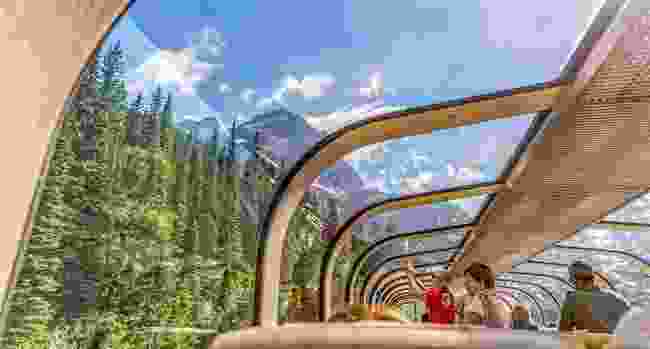 The Rocky Mountaineer in Canada (Shutterstock)

Ferry travel, which emits approximately a third of the emissions as flying, is also on the up. By the end of 2022, Express 5, the world’s largest high-speed ferry, will take visitors to the Danish island Bornholm. Also, in Denmark, Ellen, a fully-electric ferries, takes visitors across to the island of Ærø in silence, and Prinsesse Isabella on Samsø runs on biogas.

When it comes to road trips, the carbon emissions depend on vehicle type and load. An electric or newer car carrying four passengers is the best scenario, and holidays can provide a nice opportunity to try out electric vehicles. On the Orkney Isles, JP Orkney rents out a Nissan Dalbury E, the world’s first all-electric camper van. With over 30 charging points across the island, there’s no danger of driving out of range. Frontiers North Adventures runs an electric tundra buggy for zero-noise-and-emissions polar bear safaris in Manitoba.

Better still is ditching carbon altogether on a self-powered adventure like cycling, walking, sailing or kayaking. Pilgrimages are on the up, with the British Pilgrimage Trust receiving more enquiries than ever. Much Better Adventures have a series of self-powered adventures across Costa Rica. Fair Ferry offers a tall-ship sailing ferry between London and Rotterdam with a route across The Atlantic to the Caribbean underway. Environmental creds aside, choosing slower or public modes of transport is a heartening way to reconnect with the world around us, embracing the journey as much as the destination. Whether sweltering with commuters on a bus, sharing a picnic despite no common language on a train, or putting the world to rights with strangers on a pilgrimage, the slow moments often foster a sense of connection that lingers longer than anything else.

When we do fly, we can do some simple things to reduce carbon emissions – every little action helps. Modern planes are significantly more fuel-efficient, and it’s always best to fly direct – most of the fuel is used in take-off and landing. Support airlines that genuinely invest in sustainable technology, reduce weight and waste, and tackle impact from every angle rather than make sweeping ‘zero carbon’ or ‘greenest airline’ statements. And most importantly, make your trip count.

Carbon offsetting measures the amount of carbon emissions you’ve caused and then pays for the equivalent emissions to be drawn down from the atmosphere via projects such as clean energy initiatives or planting trees. It’s a quick-win solution to the climate crisis but unfortunately fraught with problems. There’s little accountability to check the offsetting schemes do what they say they do, and we need to shrink emissions in half rather than maintaining current levels. If you do offset, look for third-party verification like Gold Standard and question anyone that offers to offset a transatlantic flight for a measly £5. It’s best to reduce carbon emissions where possible and make every trip count by visiting and supporting conservation projects led by or empowering local communities. 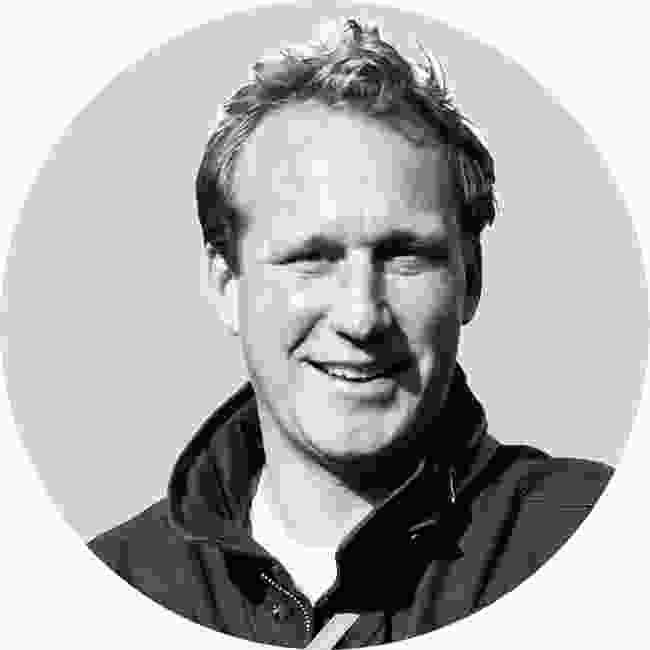 Having written and researched slow travel for over a decade, Richard Hammond, filmmaker, writer and founder of greentraveller.co.uk shares his top overland tips and trips.

“There are two excellent booking agencies that now allow you to buy tickets for multiple train operators in multiple European countries. Thetrainline.com is best known for selling UK train tickets but has now expanded into Europe. RailEurope.com (owned by French Railways) has now consolidated the various RailEurope websites into one. Both agencies offer a free email alert service to let you know when bookings open for your chosen route so you can snap up the cheapest tickets when they become available. It can still be a challenge to navigate the complexities of multi-stage journeys across international borders, but I recommended reading the advice from Mark Smith on his incredibly detailed website, seat61.com.

“I love going by rail and ferry to the Mediterranean. After the Eurostar to Paris, lunch outside by the Seine (or at Train Bleu restaurant in Gare de Lyon), then catch the train south to either Nice or Marseille, for the first feel of the Mediterranean vibe. Next, cross over as a ferry foot passenger to Corsica for a few days hiking in the mountains then chilling out by the sea.”

One of the challenges of overland travel is time, but the environmental campaign Climate Perks is hoping to change that. Having found that 50% of people are willing to change habits but only 3% do due to time constraints, the scheme encourages employers to offer additional days off for overland travel.

Google search results now show the carbon emissions for each flight, providing travellers with the information needed to opt for the least environmentally damaging journey. Kayak and Skyscanner also list emissions. For an in-depth breakdown of an airline’s sustainability rating, check yearly reports from atmosfair.de.

Byway is a start-up tour operator which specialises in flight-free trips from the UK to all over Europe. Bespoke trips focus on locally owned and sustainable places to stay alongside navigating the best of Europe’s train and ferry connections. A favourite is a rail and overnight ferry from London to Sicily.

Sailing over an ocean might be easier than you think. On Crewseekers, boat owners advertise for helping hands on crossings, from day-hopping across The Solent to jumping on the Trade Winds for weeks. An RYA (Royal Yachting Association) Day Skipper Sail course is a fine way to check you’ve the legs for it.