Did you know that the giant panda can talk and do handstands? Celebrate Panda Day on 16 March by finding out more about these gentle creatures 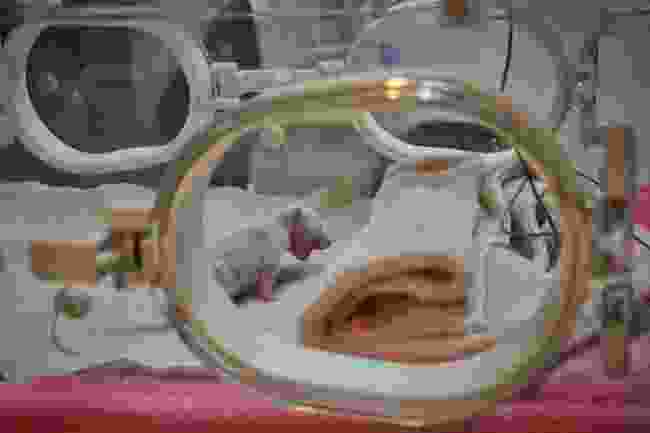 Giant pandas are born pink, but after a week they begin to grow their distinctive black and white fur so they can camouflage themselves in snow or shade. 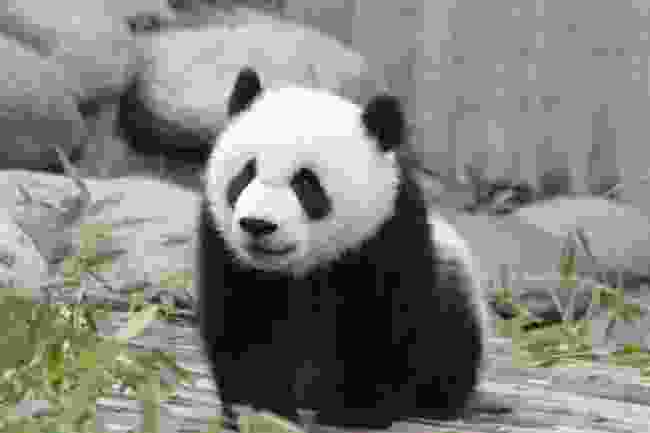 A cub in Chengdu, China (Shutterstock)

Newborn cubs can’t see (for their first six weeks) but they can make sounds such as ‘gee gee’ to express hunger, ‘wow wow’ to indicate distress and ‘coo coo’ to show satisfaction. Older cubs learn to chirp, squeak and bark as a warning to strangers to leave them alone, while adult males ‘baa’ when trying to mate. 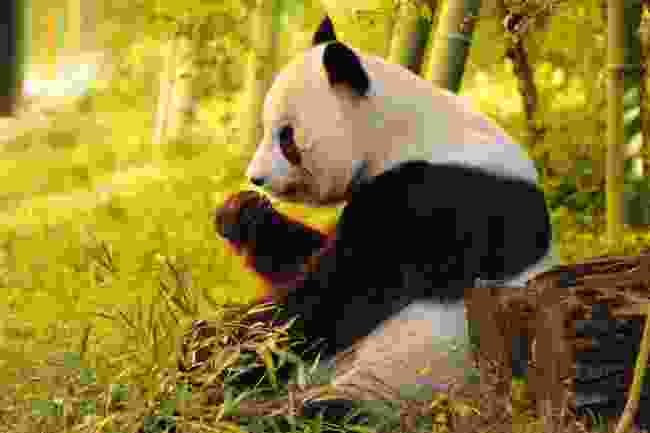 Unlike other bears such as grizzly and black bears, the giant panda doesn’t store fat. This means that instead of hibernating in winter, it migrates down mountains where it’s warmer in search of food. 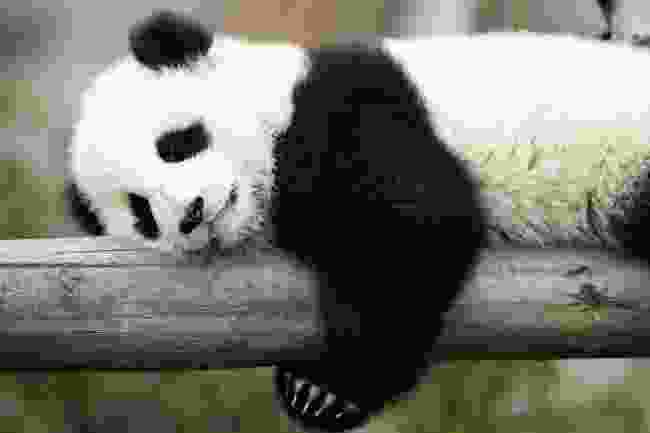 A panda up a tree (Shutterstock)

Cubs start climbing around the age of five months – they practice first by climbing on their mum. They do handstands, too; sometimes they climb a tree backwards with their feet, balancing on their front paws, so they can urinate high up the trunk to leave their scent behind to mark their territory or find a mate. 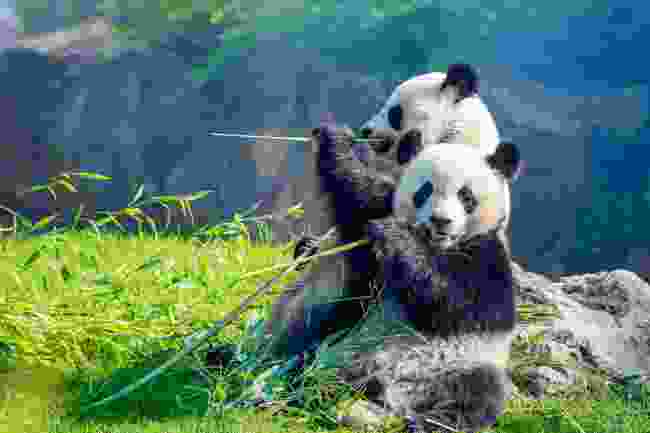 Don’t we all? Well, giant pandas spend up to 16 hours a day eating. Bamboo makes up 99 per cent of their diet, and to get the nutrients they need, they must eat at least two of the 25 species of bamboo available. They also eat eggs, farm produce such as wheat, pumpkin and kidney beans and small animals – dead or alive. 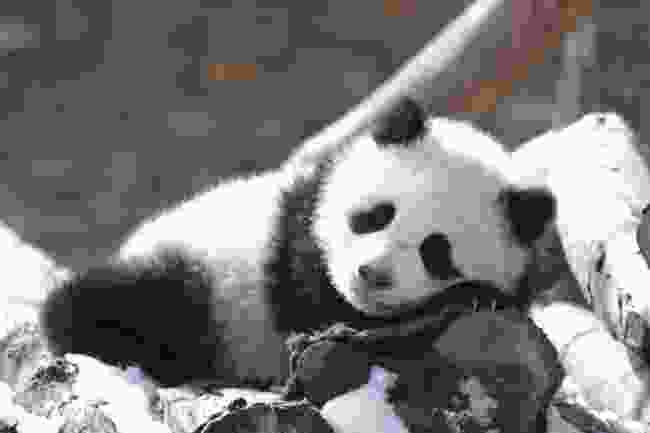 A panda camouflaged among snow and rocks (Shutterstock) 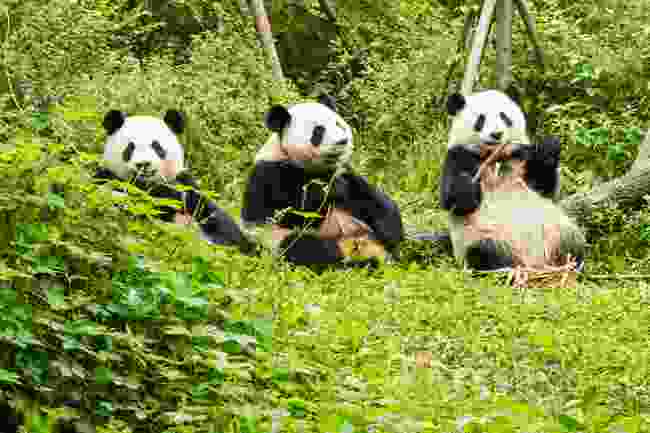 Research Base of Giant Panda Breeding in Chengdu, China (Shutterstock)

Giant pandas existed three million years ago, living in the mountains in China, Vietnam and Myanmar. Today, there are just 600 left in captivity and 1,864 in the wild in the south west of China, where they’re considered a national treasure. Poaching, logging, farming and the expansion of villages are all threats, hindering pandas from finding bamboo, mates and hollow trees or caves in which to nest in. However, conservation efforts led to the International Union for Conservation of Nature (IUCN) downgrading pandas’ status in 2016 from endangered to vulnerable.

Top 6 things to do in Chengdu, China

How to get a sleeper on the train to Chengdu