A new volume of Steve McCurry's work documents his journey as one of the great visual storytellers of our time. We took a look inside...

Steve McCurry was a traveller before he was a photographer, says his friend, the travel writer Paul Theroux in the latest volume of Steve's published works, Steve McCurry: A Life in Pictures.

That much is clear throughout the book. 350 compelling photographs, including 100 unseen until now, have been compiled with insightful commentary by his sister Bonnie McCurry. Across its pages, you'll find forty years of stories illuminated and immortalised from around the globe. Perhaps his most famous work, and indeed one of the world's most widely-recognised photographs, captures Sharbat Gula in 1984. She was a young Afghan girl who, at the time, lived and studied at the Nasir Bagh refugee camp in Pakistan having fled a violent Soviet invasion in Afghanistan.

The photograph propelled Steve to international fame following its publication on the cover of National Geographic in June 1985. He didn't know that he'd meet Sharbat again later in life – a grown woman, and completely unaware of her stardom.

Speaking of the National Geographic editors, Bonnie remarks that:

“They saw at once that that single image captured the plight not only of the Afghan people, but of the displaced and dispossessed refugees around the world.”

Despite his success, Steve never rested on his laurels, writes his friend, journalist Terence White. He continued his photographic journey in every continent, driven by his reverence for the human experience, and by his desire to capture moments that would forever document times of happiness, sadness, terror, or confusion; each photograph rich with meaning.

Discover more photographs from Steve McCurry: A Life in Pictures below...

“Photography appealed to the independent loner in him, and it fit perfectly with his determination to spend as much of his time as possible travelling.” “For Steve, a good picture has to tell a story, take you on a journey, and evoke a feeling of ambiguity and mystery. When he looks for a subject matter he searches for something that has the potential to make the viewer laugh or cry or learn something.” “Behind everything Steve does is a curiosity, the desire to explore the world, ‘suck the lemon dry’ as he puts it. He's seen enough death to make him passionately in love with life, and his pictures communicate that.” 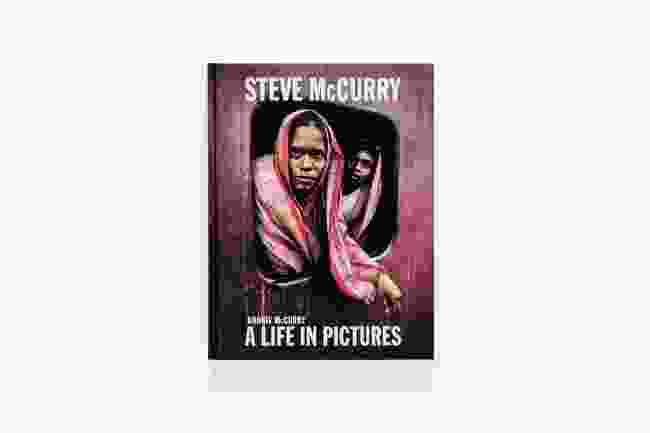