Steve Backshall: “The greatest wildlife spectacle in the world.”

As Steve Backshall gets ready to fly out for the BBC's Wild Alaska Live, he tells us about the best wildlife experiences in Alaska, from orcas to wolves, and how you can get a bit of wilderness all to yourself…

What makes Alaska so unique as a wildlife destination? 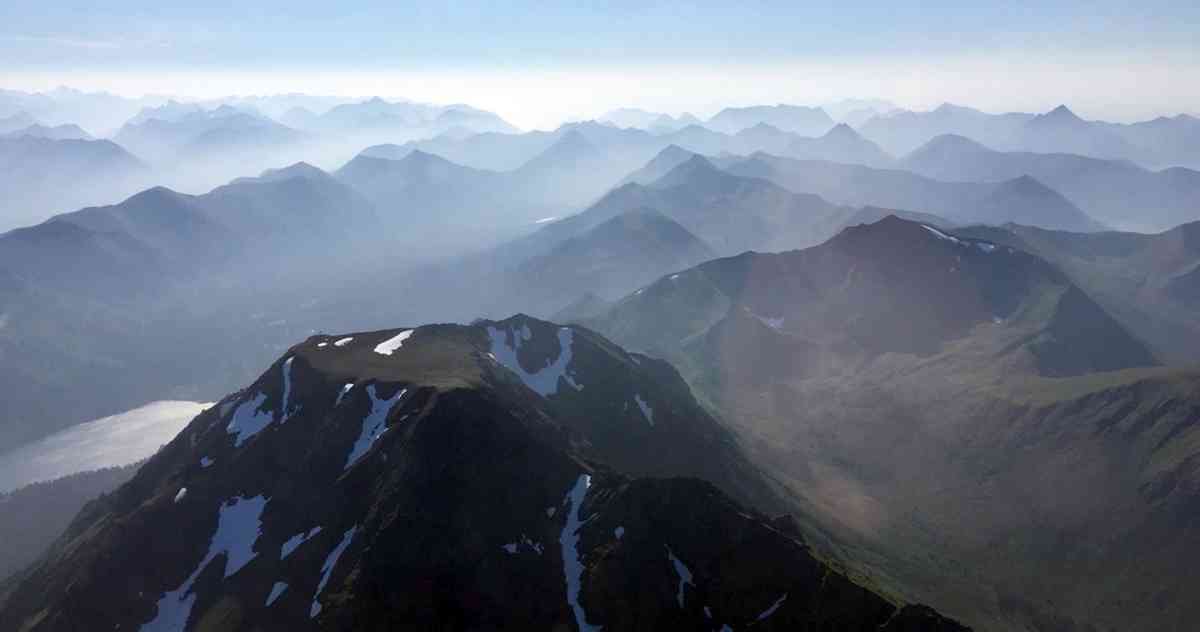 The incredible thing about Alaska is the size and scale of the national parks. You can fly for hours and hours, and look down below you and see nothing but forests and mountains and lakes and rivers with no sign whatsoever of human-beings, no trails and roads.

The only way of getting around is in floatplanes or boats. There is more wilderness and more exciting wilderness in Alaska than anywhere I can think of. In terms of opportunities to get away from other people and still see wildlife, it's the best place in the world.

It must be possible to get genuinely wild experiences there in a way that might be difficult in more crowded places like, say, the Masai Mara or in the Great Migration.

Yes. There are plenty of places that you can go and feel like the only person on the planet. A lot of wildlife filmmakers, if they were asked to choose their favourite place or time to film wildlife, they would choose the Great Migration of the wildebeest. I wouldn't. I would go to Alaska over the summer, which, to me, is the finest place and the greatest wildlife spectacle in the world.

What are your personal top five wildlife experiences in Alaska? Let’s go for a list… 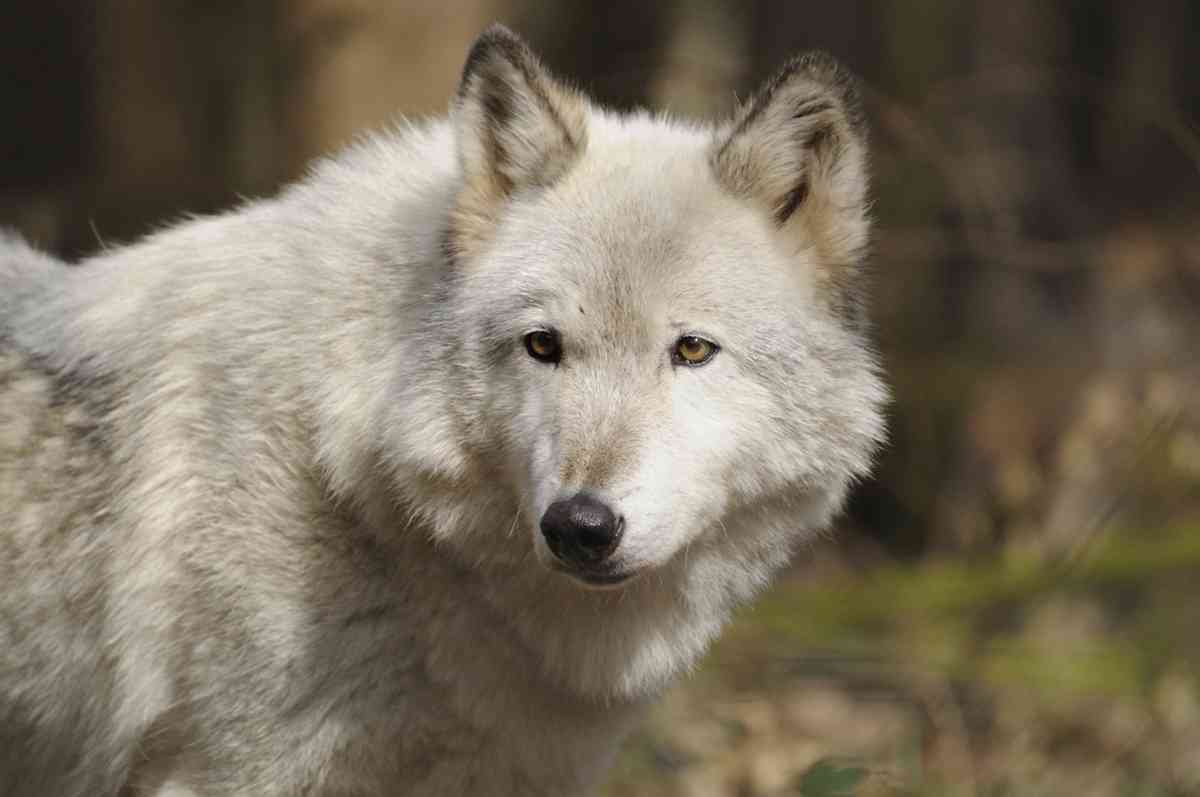 1: Bubble-netting humpback whales. That's not just Number One in Alaska. That's Number One in the whole world. At this time of year, the whales come together in large groups, with 15 or maybe even 20 40-ton whales coming together to feast on the herring. They coordinate their actions and entrap the fish in a circle of bubbles before munching the surface and swallowing tons of fish with every single hunt. It is mesmerising and that is something that we will definitely see in Wild Alaska Live.

2: Orca. I’ve been lucky to film orca hunting and that is extraordinary. They're the world's largest species of dolphin, again working cooperatively to hunt for either fish or mammals, like sea lions. That's something that completely takes your breath away.

3: Wolf. It's my favourite animal in the world and Alaska is one of the few places in the world where you stand a decent chance of seeing them in the daytime. They come down to feed on salmon in the rivers and can be seen and filmed at relatively close quarters, which is unusual because, in most places around the world, wolves have learnt to be frightened of humans.

4: Bald eagles. For anyone who's into birding, an eagle is a ‘Blue Ribbon bird’, a bird you're desperate to see, desperate to get on your tick list. Bald eagles are everywhere in Alaska. People have them in their back gardens. You get certain salmon rivers and they're truly thick with them, almost like pigeons or black birds, more than eagles. There is nowhere else I know that we can say that.

5: Salmon shark. It's a very unusual shark, a little bit like a mini great white. They hang out in the freezing cold sea lochs, waiting for the salmon to head upriver to spawn and feeding on them. They're dazzling sharks. They're very unusual and very particular to this part of the world. Very few people know about the salmon sharks.

When and where in Alaska do you have the best chance of seeing all those? 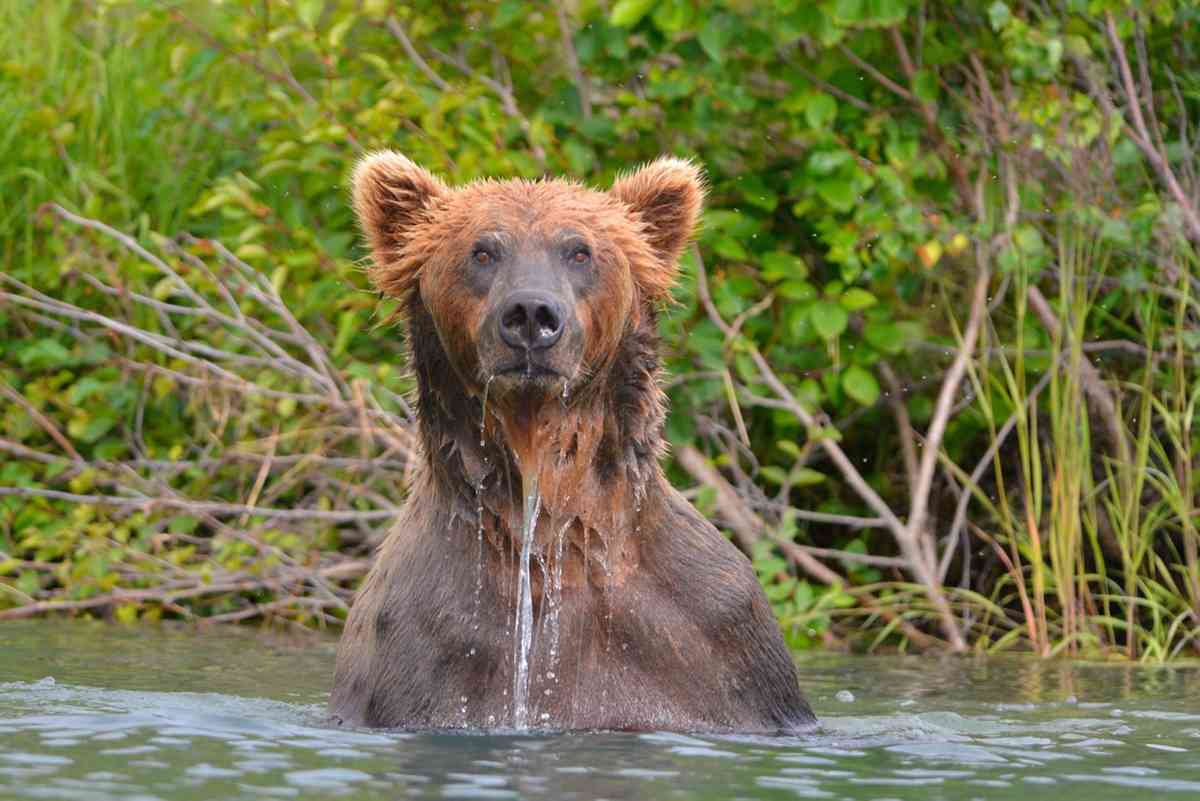 Almost inevitably, someone travelling to Alaska for the wildlife would end up in the south-east of Alaska, in the Haines/Homer/Juneau heart of Alaska, because that's where a lot of the cruise ships will go.

For Wild Arctic Live, we’ll be slightly more remote than that, but in the same general area, and that's certainly the best place for whales. It's really good for bears and bald eagles.

There are vast areas of wilderness in Alaska where Liz Bonnin, my colleague, is going to be are very difficult to get to. But there are plenty of places we can all go and get reliable wildlife spectacles.

Alaska is massive. Would you suggest travellers try to see it all, or focus on one area or species?

Because Alaska is so big and so diverse, with different habitats, each one has the best chance of seeing different things. If you wanted to get the best overall experience of wildlife in Alaska, I would head to the south-east in the summer because there's just so much going on.

In the summer, the salmon runs are effectively discharging millions of tons of protein in land from the sea and because of that they're battling up river to spawn, because of that you are all of a sudden creating a circuit of food for a large predator. It's just very special.

There are very few places on the planet where you get so many bears: black bear, polar bear, brown bear…, and to be able to, with absolute reliability, see those animals at work. That's something that doesn't happen often and that's the reason why we're going to be filming there. It's an opportunity for people to see things in real time.

Alaska has a huge mix of wildlife and habitats, including air, water and land, doesn’t it? 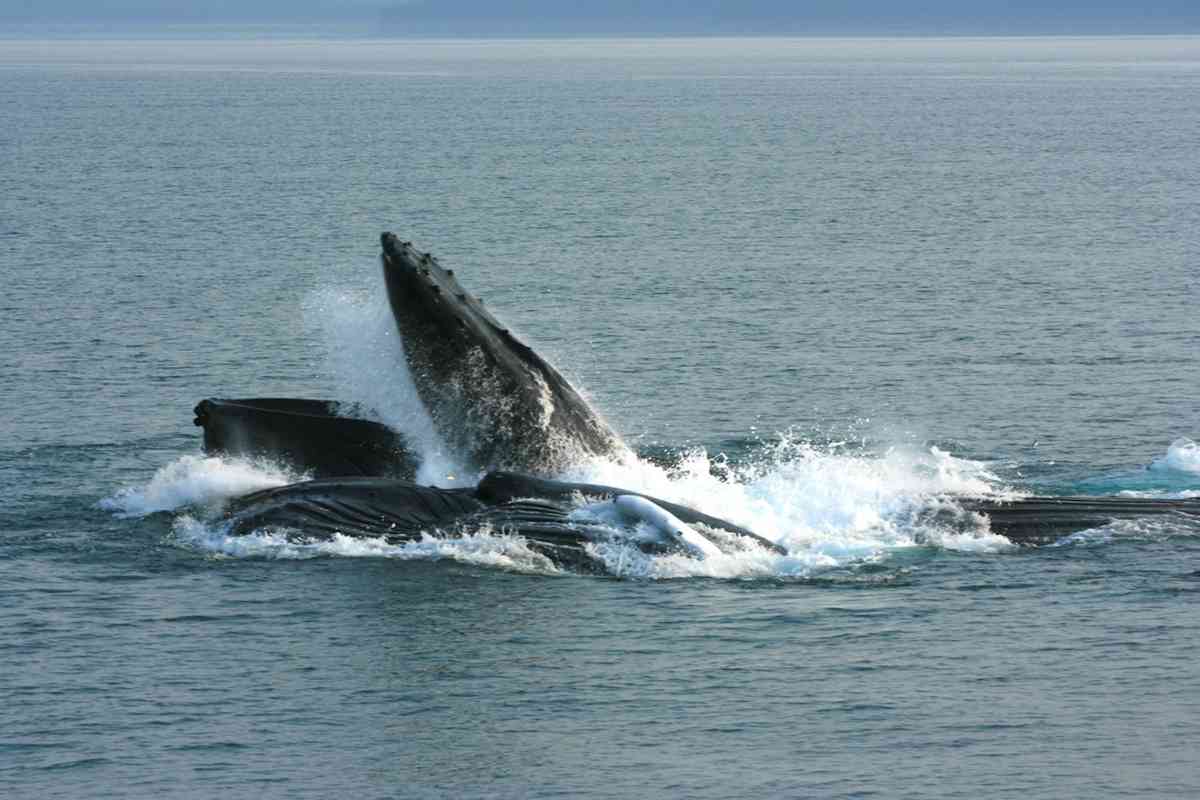 It does. I haven't even talked about heading up to the North Slope and the polar bears and snowy owls and wolverines and bowhead whales, belugas and narwhals there. It's one of my favourite places in the world to go diving because of things like the giant pacific octopus and the stellar sea-lion.

To get the best out of Alaska, should travellers check out the creatures of the ocean, rivers and the air, not just the bears and land mammals?

Of course, yes. Some of the diving in Alaska is the best cold water diving in the whole of the world, filled with curious anemone, giant crabs. There's a giant pacific octopus, a huge animal that can get to be six metres from arm tip to arm tip. It's all very special.

Not everyone has the ability to scuba dive. But beyond that, absolutely anyone can board a small boat and get the opportunity to see bubble-netting humpbacks, to see orca… Everyone could go to Brooks Falls and stand with a bear behind them, catching salmon. The things that we're doing in the series might not be accessible to everyone, but there are elements to all of the wildlife encounters that people can replicate themselves.

Are there any other wildlife experiences you’d recommend to travellers?

If you go to Alaska, take a pair of binoculars and look out for the hummingbirds that migrate into Alaska in the summer. They come to take advantage of the nectar.

I watched Arctic Live last year. Will the format of Wild Alaska Live be similar? 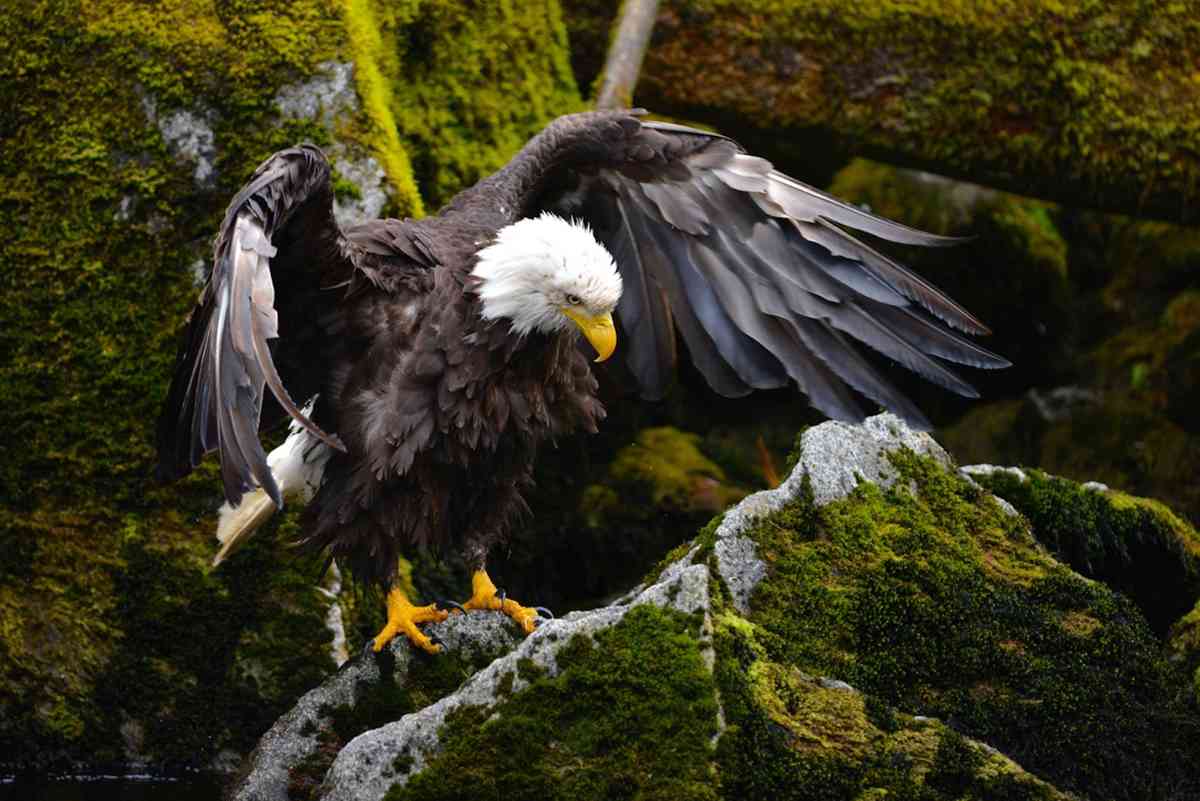 There's going to be very little of this show that won't be live. There's so much that really is genuinely going on in real time while we're there. We're going there to see bears digging for clams. We're going to see humpbacks catching their food. Hopefully, there will be orca. Hopefully, we'll be able to see into the nests of bald eagles. There are so many things that we definitely will catch live, so the pre-recorded bits, I think, could probably end up being cut.

Wild Alaska Live, presented by Steve Backshall, Matt Baker and Liz Bonnin, will air on BBC One on Sunday July 23 at 7pm, Wednesday July 26 at 8pm, and on Sunday July 30 at 7pm.