St Gallen is one of Switzerland’s oldest and most picturesque cities, founded by the Irish monk Gallus in around AD 612. A Benedictine abbey was erected on the site of his cell in the eighth century. In the mid-18th-century a Baroque cathedral and abbey library were built, both with elaborate rococo interiors. Among the library’s 170,000 books are 2,500 handwritten texts, 420 dating from before the year 1000. St Gallen joined the Swiss Confederation in 1454.

The story of the city’s later wealth – accrued from linen, embroidery and cotton – is vividly illustrated at the Textile Museum. The medieval Old Town is a beauty, with its profusion of cheery geraniums and ornate oriel windows – there are 111 of these protruding bays, competing in a joyous display of architectural one-upmanship. The statue of a man resembling Henry VIII depicts Vadian, the town mayor who brought the Reformation to St Gallen in the 1520s.

The Drei Weieren (Three Ponds) natural bathing and walking area is reached from the Old Town by the historic Mühleggbahn funicular. Birders should take the bus from the railway station to Winkeln for Lake Gübsen where 50 species can be seen, including kingfishers, goosander and tortoiseshell flycatcher. It’s only 15 minutes by train from St Gallen to Rorschach Hafen on Lake Constance; cruises, which call at three countries, can be picked up from the pier near the station.

The town’s speciality is olma sausage, a white bratwurst made of veal, pork and milk. The Old Town’s many first-floor restaurants (termed erststockbeizli) often serve chäshörnli (Swiss macaroni and cheese, with apple sauce and fried onions). Praliné Scherrer has been making truffles, pralines and more since 1875; a picture of the cathedral decorates its traditional St Gallen biber gingerbread. Also traditional to St Gallen is cinnamon cake – try it at Oya Bar Kafé.

The city was founded in the 1170s on the site of a Roman colony. It became famous for heavy engineering in the 19th century, making it an appropriate home for the Technorama science museum and the Gewerbemuseum, devoted to applied art and design. The city’s prosperity was reflected in the exceptional Neoclassical City Hall, designed by German architect Gottfried Semper, and in the elegant shopping arcade between Marktgasse and Stadthausgasse.

Despite being so close to Zürich, Winterthur has a vibrant cultural life and 17 museums. Among its world-class galleries are two Oskar Reinhart collections, featuring masterpieces of European art from the 14th to the 20th centuries, and the Fotomuseum. The large, pedestrianised Old Town can be explored with an audio guide; 175km of bike paths encourage wider exploration, perhaps to the villas and gardens created by 19th-century wealth.

A short walk up Heiligberg, south of the Old Town, is rewarded with views over the city from a rose garden with 3,000 bushes of 300 varieties. The train from Winterthur towards Schaffhausen takes around 25 minutes to reach Schloss Laufen am Rheinfall station where steps lead up to the castle overlooking the Rhine Falls. This immense cataract has attracted painters and visitors for over 450 years. A viewing platform in the middle of the falls can be reached by boat in season.

Seasonal specialities such as venison as well as classic dishes are served at Bistro La Couronne. For traditional Swiss cuisine, try Restaurant Goldenberg. In summer, the terrace restaurant at Sammlung Oskar Reinhart is an idyllic place for lunch. Some of Switzerland’s finest chocolates are made at family-run Vollenweider Chocolatier Confiseur using beans from Costa Rica, Ecuador and Madagascar; it also makes breads, macarons, pastries and irresistible cakes. 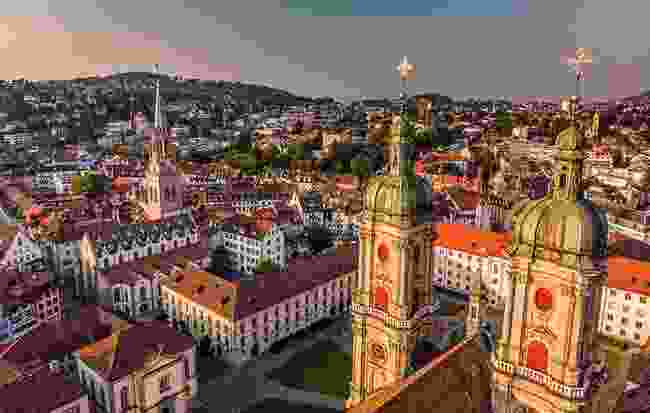 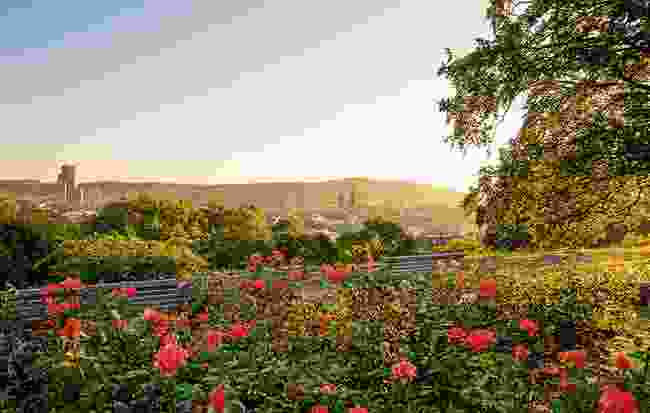 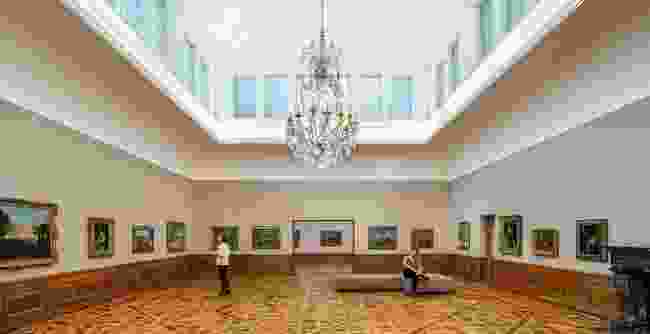