This vast and varied continent seems to teem with nasty bugs and scary wildernesses – but what really are the biggest health risks? Our resident doctor investigates

4 mins
Latin America is huge and diverse – and seemingly full of health hazards. Take heart though – your biggest risks will be road accidents and (especially in the warmer parts) a short-lived upset stomach. However, it pays to be prepared, so here are some of the hazards that travellers to South America face.

The tropical parts of Central and South America have high hit rates for travellers’ diarrhoea. The worst countries in the New World are Mexico and Peru. Along with the ‘simple’ kind of gastroenteritis that burns itself out in 36-48 hours, there are nastier pathogens that spread in the same way – unhygienic food production. These diseases include typhoid and paratyphoid (capsules now protect against both), and bacillary and amoebic dysentery.

In Bolivia, for example, fields may be fertilised with ‘night soil’ (human faeces) that effectively recycles parasites. It’s worth adhering to the ‘peel it, boil it, cook it or forget it’ rule. Raw fish – including ceviche – has been blamed for outbreaks of profuse watery diarrhoea but fish that’s well marinated in lemon is least risky. To avoid tapeworms and worm cysts in the brain, order your steak and pork well-cooked. 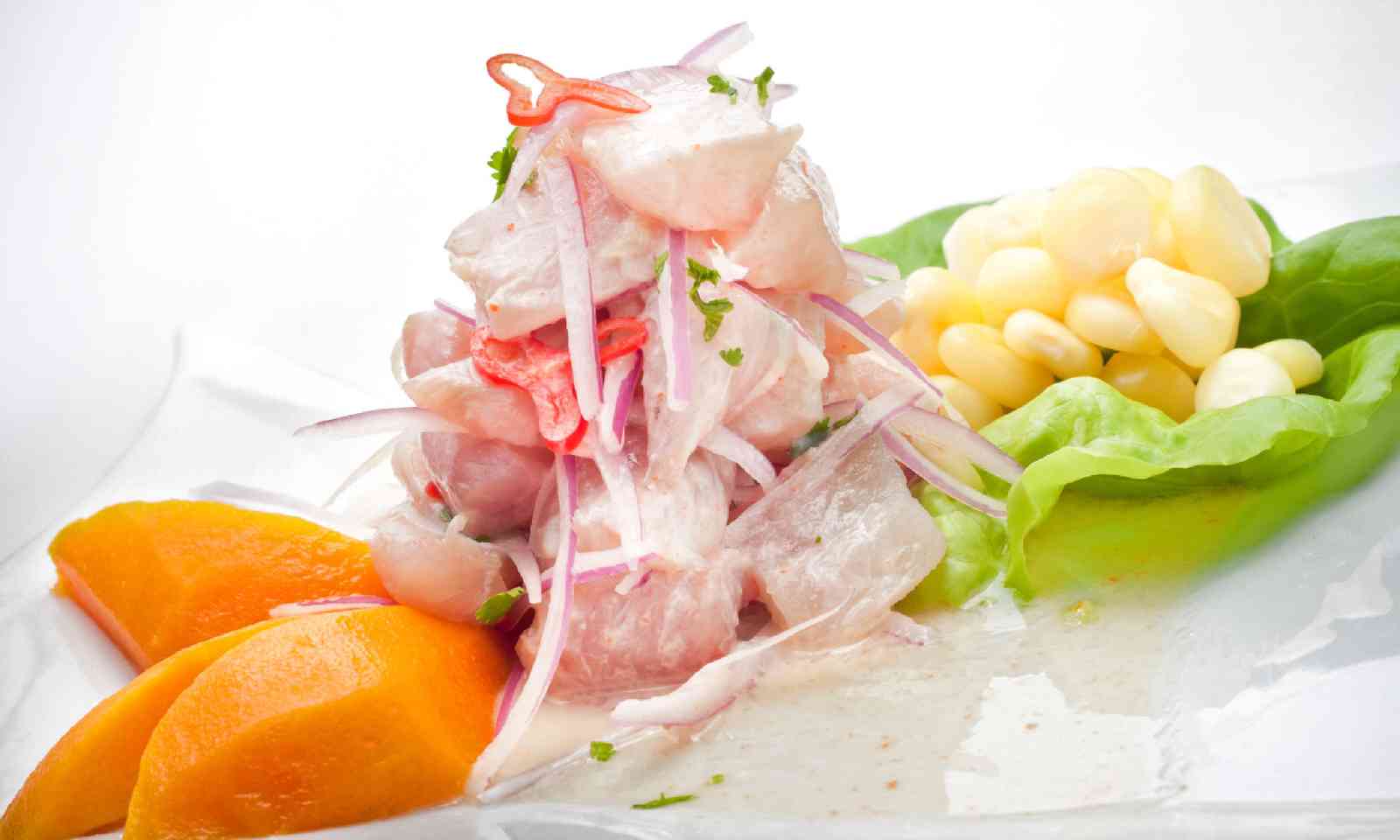 Piranhas and candiru fish are infamous among travellers to South America. Although piranha feeding-frenzies do happen, they are unlikely unless they've become trapped in a tiny body of water that is drying out.

Candiru are pencil-lead thin and parasitise other fish; on very rare occasions they try to enter the urethra of male humans taking a swim. Where these fish are common and small boys swim with them, local women are good at winkling them out. Stingrays inhabit the rivers too, so watch where you wade.

This infection may have been the death of Darwin but is more commonly spoken of than experienced. It’s transmitted in the rainforests by assassin bugs, which hurt when they bite. Sleep in a hammock with attached mosquito netting.

Bark scorpions are particularly dangerous but there is an anti-venom so fatalities should be rare and partially depend on getting to a competent clinical facility promptly. There are over 1,000 deaths from scorpion stings in Mexico annually; those who die are mostly local children.

Widows, browns and sac spiders should be treated with respect – if they bite, there is usually an area of skin and subcutaneous tissue death. 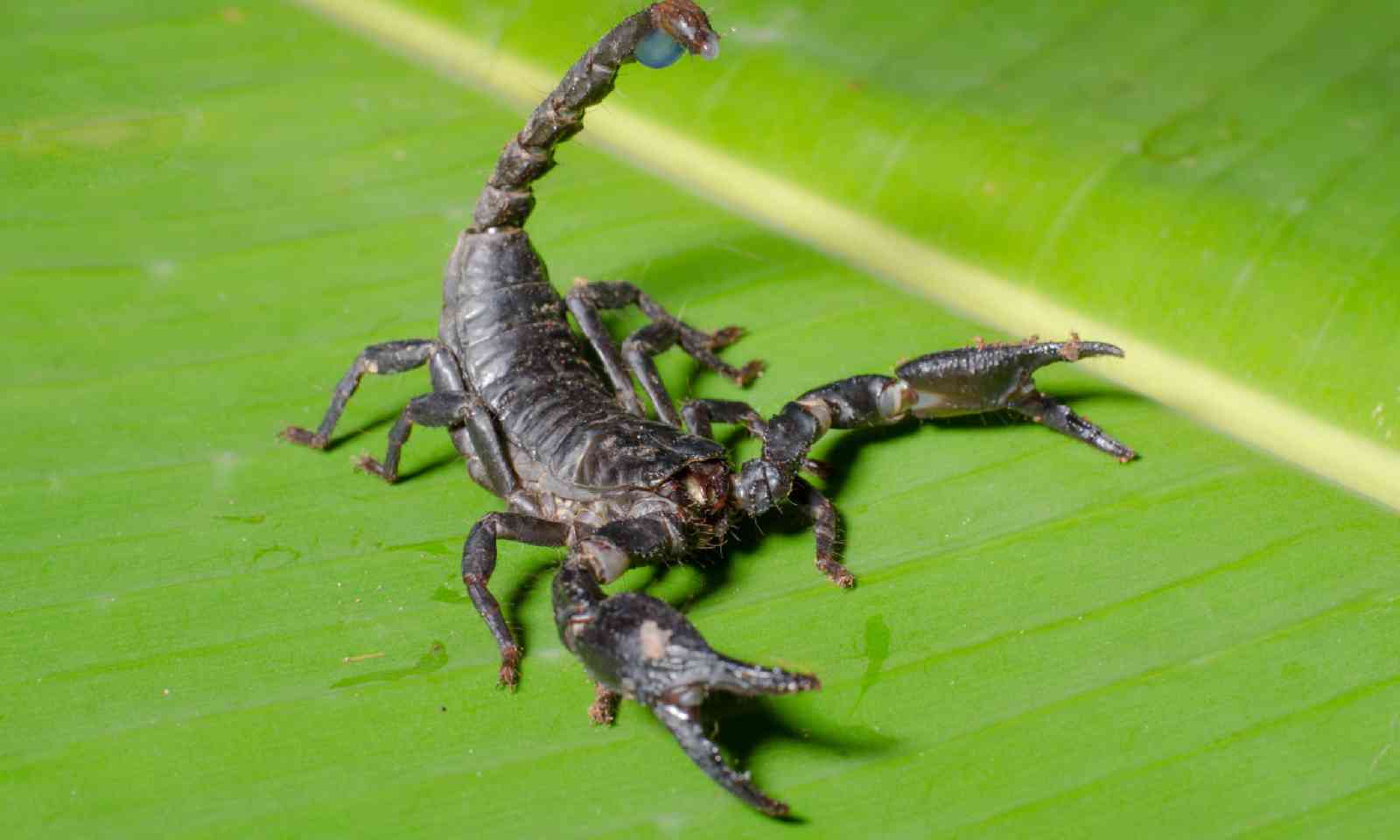 American ticks come with special health warnings – potentially they can give you one of nine dangerous infections, and American Lyme disease seems to be more malign than the European variant. Keep ticks off. If you find one feeding on you, remove it as soon as possible (pack a tick-removal tool) and flood the wound with pisco or some other strong spirit alcohol.

Tiny biting sandflies can squeeze through mosquito nets and spread an illness that starts as a painless ulcer-like skin lesion. This looks as if it should be itchy or painful but isn’t. It grows and may disappear spontaneously after a month or so. Depending on the form of leishmania, up to half of victims will go on to have a nasty parasitic infection that requires extended hospital treatment.

Prompt diagnosis allows a simpler, more effective cure. Odd ‘sores’ can also turn out to be skin cancers, so show any weird lumps and bumps to a doctor. Keeping covered, wearing repellent and sleeping under an insecticide-impregnated net will protect you. 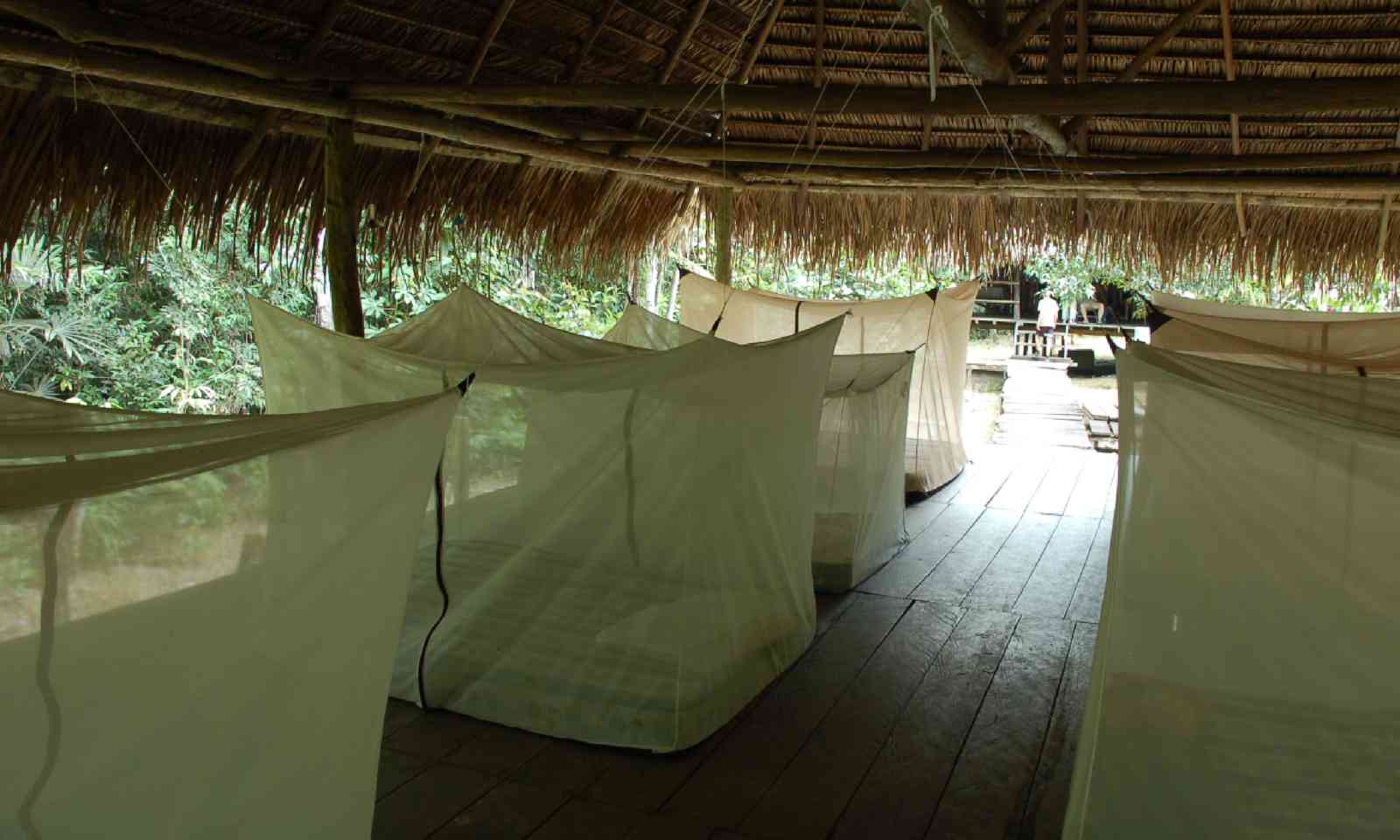 Mosquito nets in the Amazon (Shutterstock)

Malaria is a problem in much of the northern part of South and Central America – read up on your destination. Although the most dangerous forms aren’t present, malaria pills are recommended for many rural destinations.

Malaria is only one of many insect-borne diseases on offer in South America so take precautions to avoid bites at all times.

Yellow fever is a disease that simmers in forest animals and breaks out unpredictably. During outbreaks in South America the authorities sometimes react by instigating mass vaccination, including stopping buses and immunising everyone on board – you’ll need to wave a yellow fever certificate to avoid being stabbed along with everyone else.

Consult the web (eg www.who.int) to check the current status of your destination. There have been some deaths reported in Brazil (in May 2015) due to yellow fever and there have been nine cases in Peru in the first three months of 2015.

Chikungunya now seems to be a big problem in South and Central America and the Caribbean. It’s spread by mosquitoes and causes a disease akin to ‘breakbone’ fever or dengue, which is also a problem locally. Wear repellent at all times. 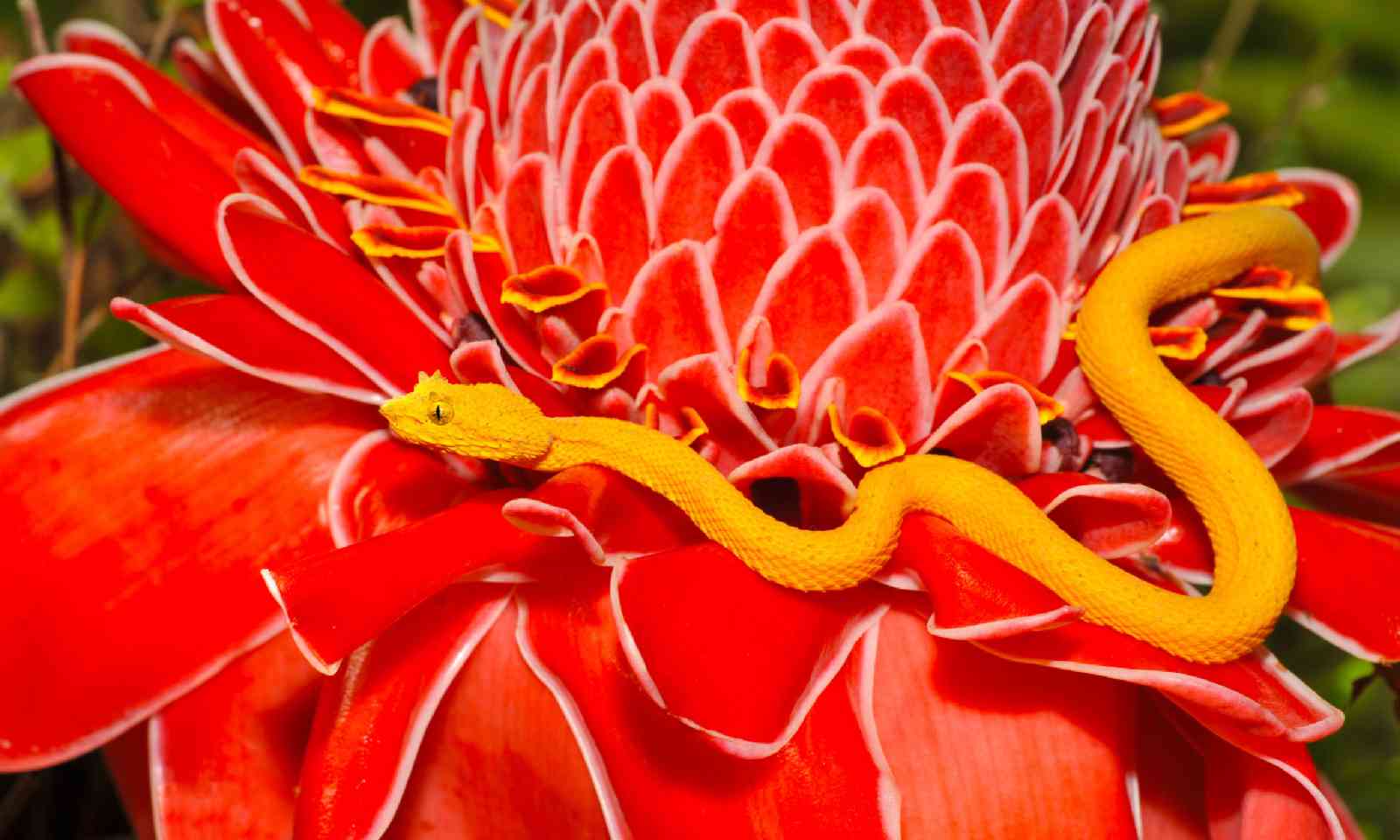 Snakebite is a significant problem in South America but the scale of the problem is hard to gauge. People most at risk are agricultural workers clearing vegetation. Anti-venom may be available at some clinics.

The Americas are home to real vampires: bats that bite mammals, instil anticoagulant and lap the blood; a significant proportion carry rabies. Anyone sleeping out should consider this risk; arranging pre-trip rabies immunisation would be wise.

Evidence is growing that a full course of rabies vaccine with a booster gives lifelong immunity. Dogs are less of a rabies risk than in the Old World, but even so there was a rabies death in Chile in 2013 following dog bites.


Dr Jane Wilson-Howarth has updated her health guide Your Child Abroad, now available as a downloadable PDF or Kindle. Wanderlust readers can get a 35% discount: visit www.bradtguides.com and enter the code ‘WANDERLUST’ at checkout.