The bow of our skiff split the blue of Inle Lake, the cloud-speckled sky reflected in the clear water. From behind me I could hear the roar of the Chinese diesel engine mounted on the long propeller shaft. We were on our way to what sounded like a Burmese tourist trap: “This morning we shall visit the cheroot-making factory,” our guide had announced.

We drew in at the jetty of a rattan-and-bamboo building on stilts sunk into the lake bed. Well, it was a bit of a tourist trap but one of the better sorts.

It was more of a cheroot showroom with a demonstration. Attractive young women sat rolling cheroots, not – as the old men might have wished – on their thighs, but on tapered wooden rods. Their children played around them and the women combined cheroot rolling and childcare with nonchalant ease.

The Burmese passion for cheroots [cylindrical cigars] was one of my reasons for visiting Myanmar in the first place. I had memorised Kipling’s ‘Mandalay’ and had a picture in my mind of his Burma girl: ‘An’ I seed her first a-smokin’ of a whackin’ white cheroot / An’ a-wastin’ Christian kisses on an ’eathen idol’s foot’.

The showroom probably doesn’t get many smokers as visitors but I enjoy cigars occasionally and fellow tourist Richard turned out to be a serious cigar man. 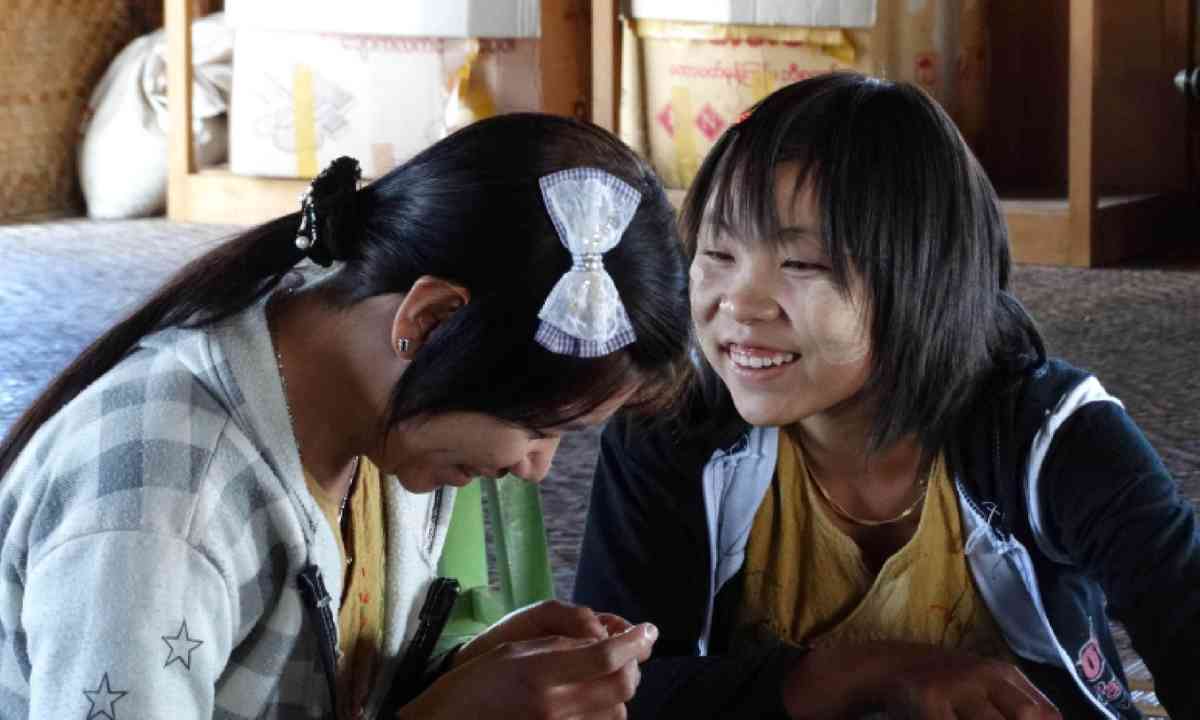 They gave us tiny, aniseed-flavoured cheroots to try. They were fragrant and mild. They were fun to smoke. My wife tried one too. We bought a few, and then a bamboo and lacquer humidor-full, to delight our family at Christmas.

Richard and I soon discovered that, in the markets, fat bundles of cheroots were for sale. They varied from tiny ones, smaller than a cigarette, to fat, black cigars. They varied in colour from green through brown to dark tar. The amount demanded in Burmese currency was so small it took us some time to work out that a fine cheroot cost about threepence.

A couple of evenings later we were anchored in the Ayeyarwaddy River off Mandalay. It was a hot, humid evening and dinner was over. Richard and I sat at the stern trying our selection of cheroots. John, an expansively jovial New Zealander, approached, drawn by the aromatic smoke. He turned out to be another lover of cigars. We offered him a smoke and he sat down with us. And so the Threepenny Cheroot Club of Burma had formed.

John drew enthusiastically on a large but loosely packed stogie and was immediately enveloped in a shower of sparks. He yelped in pain; that will teach him to wear shorts. He never really got the hang of Burmese cheroots and was to entertain us to a nightly conflagration.

Then it all got a bit competitive. Every time we went ashore, the members of the Threepenny Cheroot Club sought to outdo each other, all aiming to find the biggest or the cheapest cheroots. We had already found that a gas lighter cost 200 kyats (about 13p); in Magwe I found I could buy a lighter for half that. The difference between a 100-kyat lighter and a 200- kyat lighter is that the latter actually produces a flame.

After this excursion, there followed another very companionable evening of shooting the breeze as our smoke drifted over the Ayeyarwaddy. Which only spurred us towards further cheroot-buying adventures. Ashore the next day, I found a white-tipped yellow cheroot – or, with its twist of leaves at one end, it might have been a firework. It was about a foot long; four of them set me back nearly £2.

That evening, I produced my corn-leaf cheroots and John proudly presented a whackin’ white cheroot. But it was smaller than mine. With some experimentation and difficulty, we got them to light. This time we were both covered in a shower of burning leaf fragments. After about three drags on what he now knew to be a corn-leaf cheroot, John declared it unsmokable and stubbed it out. His problem was that he had bought 20 of the beasts.

I lasted a little longer and managed about half of mine: in flavour and sensation, it was like standing too close to a bonfire.

John and I found that the remainder of our purchases made welcome additions to tips for horse and cart drivers. From then on, our smoking habits were less bold. I found a small green cheroot that tapered gently from mouth end to fire end. The band simply called it “Special”, and so it was. More evenings of smoke and talking man rubbish followed until our last night on board.

That night my wife joined us, and we admitted female members immediately. Fuelled, it has to be said, by a certain amount of claret, and to universal admiration, she managed to smoke three of the aniseed cheroots. John ended our last meeting by falling asleep with a cheroot still stuck in his mouth, which gently cascaded fire down his front. He looked so content; we had not the heart to wake him. That is until his wife Dawn came up like thunder and told him it was time for bed.

Will the Threepenny Cheroot Club of Burma meet again? Probably not. But our memories still drift in the smoke over the Ayeyarwaddy to the sound of tinkling temple bells.